Another Resident Evil is coming. This time, however, the franchise moves to television with another zombie-ridden live-action adventure. The show, which hails from Supernatural writer Andrew Dabb, splits off into two timelines to once again explore how The Umbrella Corporation and its insidious T-virus wreak havoc on the global population.

Ella Balinska leads the cast as adult Jade Wesker, the daughter of Umbrella executive Albert Wesker, portrayed by Lance Reddick. Joining them in the series are Tamara Smart, as young Jade Wesker, Siena Adubong as her sister Billie, and Paola Núñez as Albert’s boss Evelyn Marcus.

How does this rendition of Capcom’s popular video games compare to previous adaptations? Rotten Tomatoes spoke with Dabb, Reddick, and members of the Resident Evil cast to get further insight into this bloody horror romp.

Here are five things you should know about Netflix’s live-action Resident Evil.

1. The show follows the storyline of the video games, not the movies. 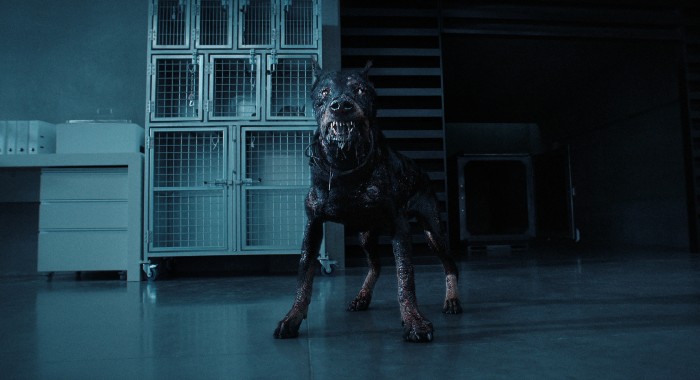 With so much Resident Evil in the pop-culture ecosystem, things can get a bit confusing. After all, there have been 24 video game releases and seven movies, to date. How exactly does this new TV show fit into all of this?

“We built more off the games,” Dabb explained. “Every game that’s come out to this point, which is everything from the first game through Resident Evil Village, happens in our world. Now, from that point, we’re going to go in this direction, and the games are gonna go in that direction. We’re going to forge our own path a little bit and tell a story that builds off them, but hopefully still feels like a piece of everything else. And if the games do something three or four years down the road that is awesome, we will happily steal that. But, certainly, we don’t expect the games to respond to anything that we’re doing.”

Reddick said he “didn’t even know when this when this project came to me that it was based on video games, I only knew the movies.”

“When I was making my decision about whether or not to even pursue this, I had the good fortune of being able to read the first seven episodes like a novel,” he said. “So I responded to that character…what was on the page, both the character and the story…What I really tried to focus on was bringing what was on the page to life. And it wasn’t until after I really got into it, and we started shooting that I started to understand how huge the video game franchise is.” 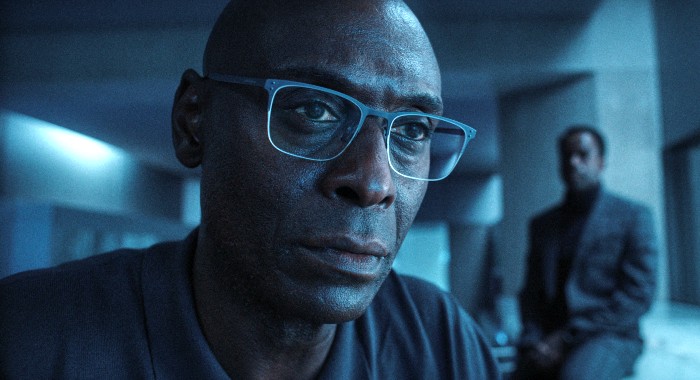 Up until this point, pretty much every iteration of Albert Wesker fans have seen has been presented as The Umbrella Corporation’s ultimate villain. In order to keep things fresh, Dabb and company flipped the script on audience expectations and wrote a more nuanced, empathetic version of the character for the series.

“Albert Wesker is an interesting character,” Dabb said. “How can we kind of surprise people by presenting that character in a way that’s going to be, you know, shocking to them? When people see the teasers, they’re like, Albert Wesker, the suburban dad? Like, How the hell did that happen?”

To find out how that happened, fans have to watch the series, of course. Reddick doesn’t want to give away spoilers, but The Wire alum let us in on a personality trait that informs much of his version of Albert Wesker in the series.

“There’s this wonderful monologue that I have at the end that got cut,” he revealed, “where he’s got this great line where he says, ‘I never wanted to be a father, but you’ve made me better. Not good, but better.’”

3. Deep family conflict and childhood trauma are at the story’s center. 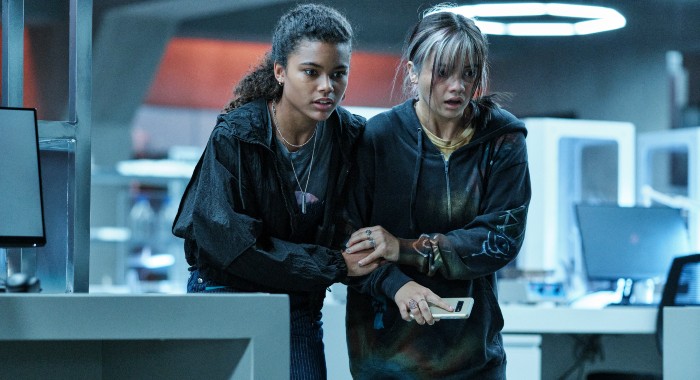 At the heart of the series is a complicated family drama, which is a little something Supernatural’s Dabb knows a thing or two about. This “family business,” however, is rife with secrets, cover-ups, and an unfortunate decision that sets off a chain of world-ending events.

Here, the story is split into two different time periods: There’s the year 2022, where Albert’s fraternal twin daughters, Jade and Billie, are teenagers living in New Raccoon City, and, 14-years-later, the show’s dystopian future showcases the chaos around every corner.

The connective tissue between these storylines lies in the sisterly bond between Wesker’s daughters, and the discovery that — surprise! — The Umbrella Corporation is up to no good.

“Both Billie and Jade have completely different relationships with their father,” Agudong explained. “I think Billie plays peacekeeper, and she often needs to. The family dynamic is very interesting. And it definitely changes throughout the season. But, being being Albert Wesker’s his daughter is very interesting.”

4. Being a Resident Evil title, the fight scenes are pretty epic. 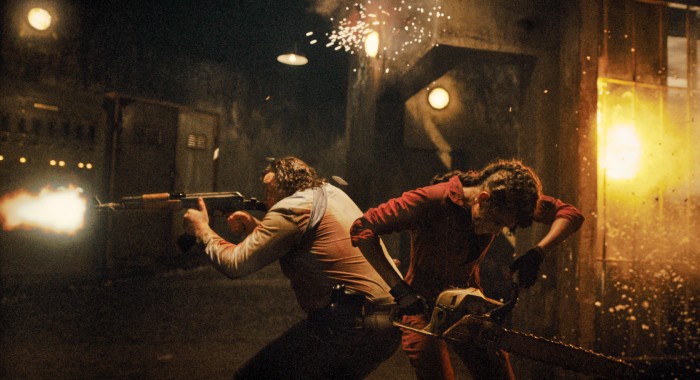 The series opens on Jade Wesker in the year 2036. Operating as a rogue scientist out in the field, her self-appointed mission to study the Zeroes puts her in one precarious situation after another. And, since this is a program based on one of the most popular survival horror gaming franchises in the world, some epic fight sequences are to be expected.

Thankfully, as actress Balinska declared, “This isn’t my first rodeo.” No stranger in the realm of fight choreography and weapons training, Balinska gave us some insight into her prep-work for the action hero role.

“We wanted all these sequences to feel dangerous away from these highly choreographed fight sequences, which you’re so familiar with in this franchise,” she revealed. “I learned jujutsu, which was very complimentary to that danger we wanted to find, because a lot of that is grappling. 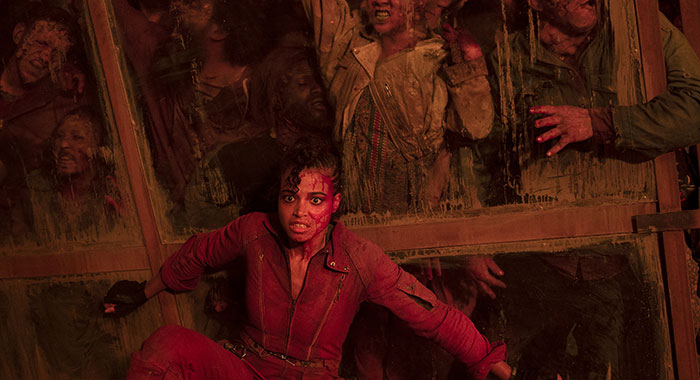 “A lot of that is figuring stuff out, moment-to-moment, which was actually very practical on set,” Balinska continued, “because when you’re being chased by a Zero that’s covered in prosthetics and gore and wearing contact lenses and can barely see and we’re shooting in the middle of the night, even if we tried to choreograph it, it wouldn’t end up being what we wanted it to be.”

How does working on Resident Evil compare to her other action experience? Referring to a particular scene involving a horde of the undead, Balinska, who starred in 2019’s Charlie’s Angels and horror film Run Sweetheart Run, smiled and said, “That was one of the single most exciting fight sequences I’ve done in my career thus far.” 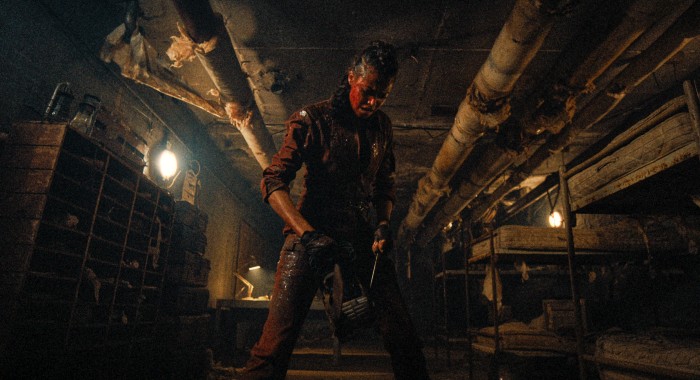 “They gave us an unlimited blood budget, let’s just put it that way” Dabb said. And while Resident Evil will surely draw comparisons to other big-budget zombie-filled television properties, it’s worth pointing out that this show does things a little differently.

There’s a schlocky B-movie aesthetic that permeates the series. Yes, this is definitely a program about a viral pandemic that sends the world into apocalyptic end-times. But, it’s also filled with a scenery-chewing wink-to-the-camera energy, reminding the audience not to take it all so seriously. All that said, the use of blood and gore effects are always justified to the story.

“If you’re going to do that, let’s have some fun. But at the same time, there are moments where it’s like, Blood makes sense here, but it’s not to be done to a cartoonish degree. We really tried to walk that line,” Dabb said.

Exactly how visceral do things get?

“This is very much an R-rated series,” he continued. “And it’s probably more gory and more R-rated than the movies ever were.”