Find out what's new in the reality world with this overview of the biggest premieres in spring and beyond.

From cars to cooking, from travel to true crime, here’s a list of the major reality shows premiering in the spring and summer of 2017. Get your DVRs ready!

My Brother, My Brother and Me (Seeso)
What it is: Based on the podcast of the same name, this comedy features McElroy brothers Justin, Travis, and Griffin hosting an advice show that frequently spins out of control and barely offers any actual advice.
Airing: Now on Seeso

Shadow of Truth (Netflix)
What it is: In the vein of Making a Murderer, this true crime docu-series chronicles the 2006 murder of 13-year-old Israeli girl Tair Rada. A Ukrainian immigrant eventually confessed to her murder, but many still believe he is innocent.
Airing: Now on Netflix

Ultimate Beastmaster (Netflix)
What it is: If you like American Ninja Warrior, this new reality show is for you. The 10-episode series features 108 competitors — 18 apiece from Brazil, Germany, Japan, Mexico, South Korea, and the U.S. — running one of the most demanding obstacle courses ever created, competing to be crowned the “Ultimate Beastmaster.”
Airing: Now on Netflix

Say Yes to the Dress (TLC)
What it is: TLC’s wedding reality show returns with its 15th season of matching brides-to-be with the perfect wedding gown.
Airing: Saturdays at 8 p.m. ET/PT

Building Alaska (DIY)
What it is: Bob May and his team work up to 16 hours a day to build Alaskan cabins in time for the arrival of their clients. Now in its sixth season, the series highlights the home-building challenges unique to the Alaskan setting — including total isolation, inclement weather, rough seas, and the occasional visit by a grizzly.
Airing: Sundays at 9 p.m. ET/PT 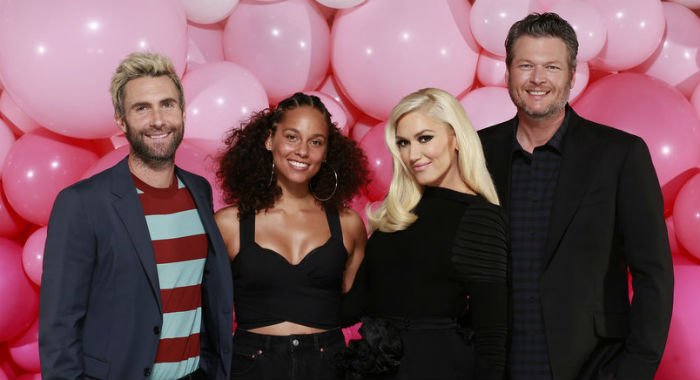 The Voice (NBC)
What it is: The twelfth season of NBC’s singing competition, which features returning coaches Adam Levine, Alicia Keys, and lovebirds Blake Shelton and Gwen Stefani, will bring in John Legend, DJ Khaled, Luke Bryan, and Celine Dion as advisers for the aspiring singers.
Airing: Mondays and Tuesdays at 8 p.m. ET/PT

Cold Case Files (A&E)
What it is: Returning to A&E for the first time since 2006, this true-crime docu-series examines cold cases using new advances in forensics and criminal psychology.
Airing: Mondays at 9 p.m. ET/PT

The High Court (Comedy Central)
What it is: Doug Benson is back on Comedy Central and now presiding over actual courtroom arguments. It’s like The People’s Court with marijuana. And yes, it’s all legal.
Airing: Weeknights at midnight ET/PT

Catfish: The TV Show (MTV)
What it is: The seventh season of Nev Schulman and Max Joseph helping their subjects investigate internet relationships to discover whether the people with whom they’re involved are presenting themselves honestly online.
Premieres: Wednesday, March 1 at 8 p.m. ET/PT

60 Days In (A&E)
What it is: Seven people go undercover in jail to obtain evidence of illegal activities within the prison that correctional officers may have missed. The third season moves from Clark County Jail in Indiana to Fulton County Jail in Georgia.
Premieres: Thursday, March 2 at 9 p.m. ET/PT

Little Big Shots (NBC)
What it is: A talent showcase that lets the world’s “most talented and extraordinary kids” perform for the whole country. Steve Harvey returns to host season 2.
Premieres: Sunday, March 5 at 8 p.m. ET/PT 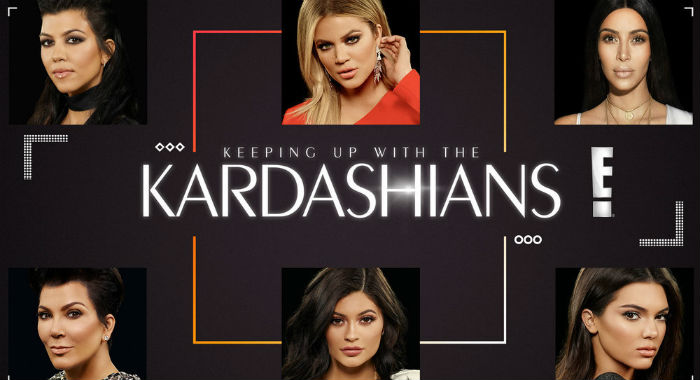 Keeping Up With the Kardashians (E!)
What it is: A docu-series of the Kardashian family in Southern California. The upcoming 13th season will include Kim’s harrowing experience of being robbed at gunpoint in Paris and the birth of Rob and Blac Chyna’s baby.
Premieres: Sunday, March 5 at 9 p.m. ET/PT

Naked and Afraid (Discovery)
What it is: Two strangers (one male, one female) are stranded in the woods together, having never met before, and tasked with surviving naked for 21 days. Season 7 includes YouTube celebrity Cory Williams.
Premieres: Sunday, March 5 at 10 p.m. ET/PT

Love & Hip Hop: Atlanta (VH1)
What it is: The sixth season of this music and relationship docu-series sees the return of Joseline, Rasheeda, Karlie, Mimi, Tammy, and Stevie J, plus Tommie Lee in an increased role.
Premieres: Monday, March 6 at 8 p.m. ET/PT

Survivor (CBS)
What it is: The 34th season of CBS’ classic reality competition is dubbed “Game Changers,” which will see two of the most memorable contestants in the show’s history will face off against one another.
Premieres: Wednesday, March 8 at 8 p.m. ET/PT

Chopped Junior: Make Me a Judge (Food)
What it is: Junior chefs compete for a spot at the judges’ table in this new tournament. The winner of each of three preliminary rounds wins $10,000 and a chance to judge Chopped stars Amanda Freitag, Alex Guarnaschelli, Marcus Samuelsson, and Chris Santos as the chefs serve up their dishes for a chance to earn bragging rights and $25,000 for charity.
Premieres: Wednesday, March 8 at 8 p.m. ET/PT 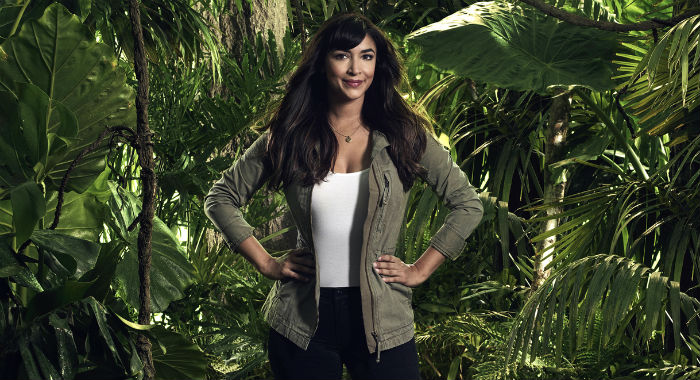 Guy’s Grocery Games: Supermarket Masters (Food)
What it is: Sixteen past champions return for a five-week competition that includes new challenges with the most unforgettable twists Flavortown Market has ever seen. The winners of the four preliminary rounds will earn $10,000 and will face-off for a shot at a shopping spree worth $25,000.
Premieres: Sunday, March 12 at 8 p.m. ET/PT

Spring Baking Championship (Food)
What it is: Eight bakers compete in the third season of this delectable show, which features new host Jesse Palmer.
Premieres: Sunday, March 12 at 9 p.m. ET/PT

The Twins: Happily Ever After? (Freeform)
What it is: After the success of Ben and Lauren: Happily Ever After?, Freeform ordered up a sequel season featuring Bachelor twins Emily and Haley Ferguson still on their quest to find love.
Premieres: Monday, March 20 at 9 p.m. ET/PT

Sweet Home Oklahoma (Bravo)
What it is: In a departure from the ritzy Real Housewives franchise, Bravo is premiering a new series about four friends living small-city life in Oklahoma.
Premieres: Monday, March 20 at 10 p.m. ET/PT 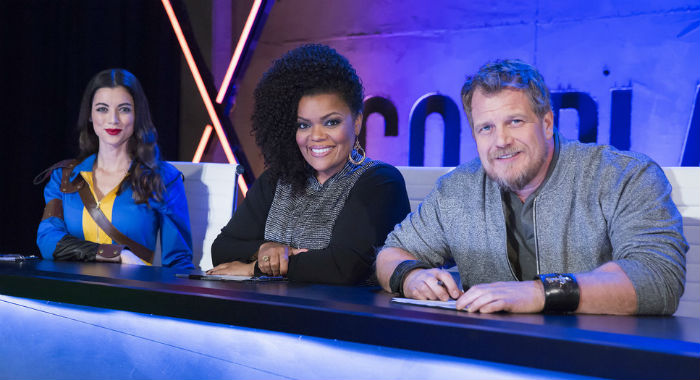 Cosplay Melee (Syfy)
What it is: Hosted by Yvette Nicole Brown, this new show pits the world’s most innovative cosplayers against one another to create full costumes and character origin stories that will dazzle a panel of judges.
Premieres: Tuesday, March 21 at 10 p.m. ET/PT

Are You the One: All-Star Challenge (MTV)
What it is: Ten fan-favorite couples return to compete as duos for more fame and prizes. They’ll participate in a variety of games designed to test the strength of their bonds.
Premieres: Wednesday, March 22 at 9 p.m. ET/PT

The Real Housewives of Potomac (Bravo)
What it is: Season 2 of the Maryland-based iteration of the Real Housewives franchise sees the departure of Katie and arrival of new housewife Monique.
Premieres: Sunday, April 2 at 9 p.m. ET/PT

First Dates (NBC)
What it is: A new dating show, produced by Ellen DeGeneres and narrated by Drew Barrymore, that follows a variety of first dates happening simultaneously during one night at a Chicago restaurant.
Premieres: Friday, April 7 at 8 p.m. ET/PT

The Toy Box (ABC)
What it is: Hosted by Modern Family star Eric Stonestreet, this reality competition series features a high-stakes toy invention contest judged by a panel of kids. The winner will have the opportunity to bring his or her creation to market via Mattel.
Premieres: Friday, April 7 at 8 p.m. ET/PT

Cooper’s Treasure (Discovery)
What it is: This new treasure-hunting series chronicles Darrell Miklos’ quest to follow friend Gordon Cooper’s treasure map, which the famed astronaut documented from space while on the his Mercury-Atlas 9 space flight in the 1960s.
Premieres: Tuesday, April 18 at 10 p.m. ET/PT 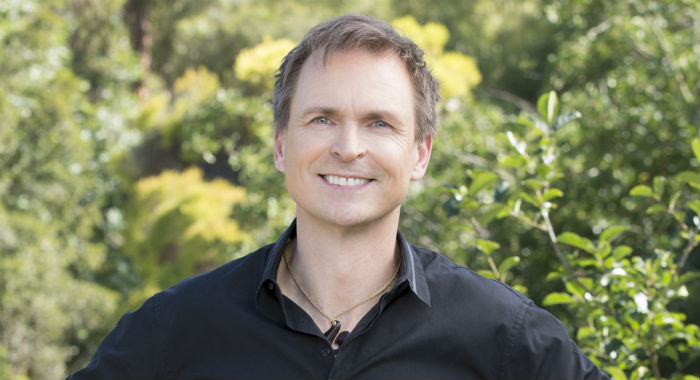 The Amazing Race (CBS)
What it is: The 29th season of this reality competition series where teams of two jet-set around the globe participating in culturally appropriate challenges in a variety of countries is back with a two-hour premiere. The cast will be announced at a later date.
Premieres: Friday, April 21 at 8 p.m. ET/PT

The Victorian Slum (PBS)
What it is: Modern-day contestants move into a recreated Victorian-era slum in London’s East End to experience life as their ancestors did 150 years ago.
Premieres: Tuesday, May 2 at 8 p.m. ET/PT

The Great British Baking Show (PBS)
What it is: This popular baking competition show is back on PBS with Season 4, though it will have a new look as Prue Leith replaces Mary Berry as a judge. The replacements for beloved hosts Mel Giedroyc and Sue Perkins have yet to be announced.
Premieres: Friday, June 16 at 9 p.m. ET/PT

Big Brother (CBS)
What it is: A new batch of strangers are thrown into a house where their every move is watched as they compete for the $500K prize. If the usual summer pattern holds for CBS, season 19 should premiere in June.
Premieres: Summer