Freeform series' Spencer Hastings clues us in on what's to come in the second half of the final season. 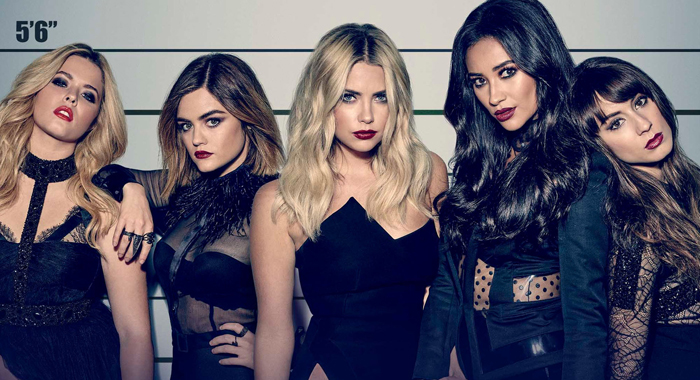 When Pretty Little Liars returns for its final 10 episodes, the show picks right back up where it left off, with Spencer Hastings (Troian Bellisario) having been shot and also learning that she may be the biological daughter of the mysterious Mary Drake (Andrea Parker).

Bellisario told Rotten Tomatoes that between Spencer’s cliffhanger and Toby’s (Keegan Allen) car accident — her ex-boyfriend is wheeled into the emergency room at the same time Spencer is brought in — “there’s a lot that’s going to be bad for Spencer when she wakes up.”

But the hospital may be a chance for Spencer to reconnect with her former flame, even if it’s just as friends.

“The problem is: not only is Toby in the hospital, but so is [his fiancé Yvonne], and when you’re in love with someone, your heart goes to them first. So even though Spencer and Toby may have some time together because they’re both recovering, I don’t necessarily think that it means anything for them romantically. Spencer’s going to have to learn how to be there for Toby more as a friend,” Bellisario said. 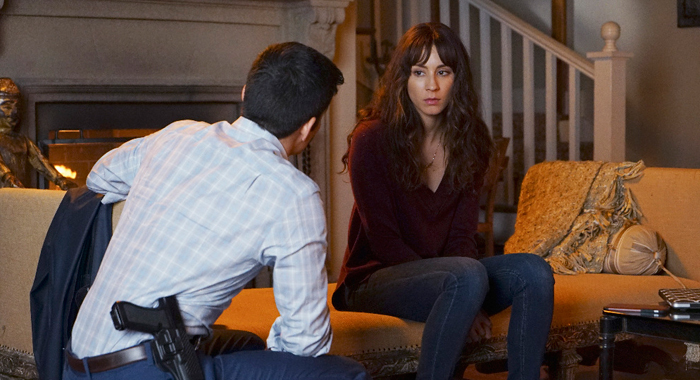 After the heartbreak with Caleb (Tyler Blackburn) and Toby moving on with Yvonne (Kara Royster), it may be time for Spencer to just be single for a while, she said.

“[Showrunner Marlene King] and I both know that Spencer’s modus operandi is for her to jump into a relationship or bury her pain in a hook-up or by abusing substances or something like that, so I was like what if she got sober and was single? What would come up for her, how would she deal with things?” Bellisario said. “Marlene and I spoke about it a lot. I told her I’m starting to get a little bit — not a little bit annoyed, but I’m starting to find that a lot of fans are jsut saying I want you with this guy, I want you with this guy. And I said what if Spencer was just on her own?”

Part of Bellisario’s concern was that the show should be sending a message that it’s OK to be on your own.

“Why don’t we have any characters on the show that are able to be single and be happy? Because otherwise what kind of message are we sending out? Like you have to be with someone, whether it be a man or a woman, in order to find happiness? What if Spencer took some time on her own to figure things out for herself? And, obviously, there’s a lot of drama going on with her family,” Bellisario said. 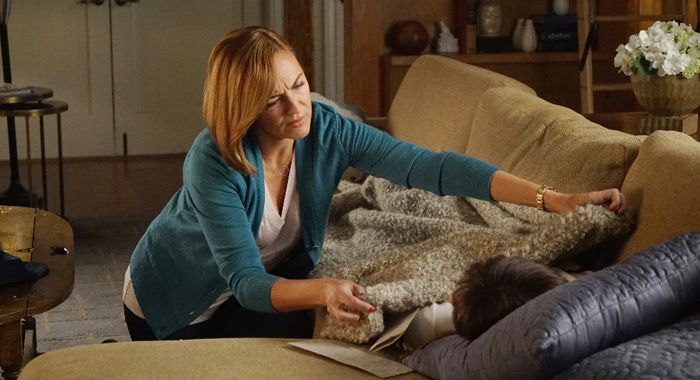 Speaking of the Hastings family, we saw that Spencer is not the kind of person to shy away from confrontation, so what kind of fireworks can viewers look forward to regarding Spencer’s parentage and confronting the parents she always believed to be her biological mother and father?

“Spencer loves to keep a secret if it’s her own secret, but if it’s someone else who is keeping a secret from her, she’s going to get to the truth real fast,” Bellisario said with a laugh. “It’s a product of being the daughter — whether it’s biological or not — of two lawyers. So you can bet that she’s going to march straight up to her parents and confront them because this is huge. She’s 24 years old and she’s finding out from this woman who is seemingly crazy that she’s potentially not who she thinks she is — she’s going to have a lot of questions.”

And those aren’t the only Hastings family members Spencer is going to be dealing with. Torrey DeVitto is returning as Spencer’s older sister Melissa for at least part of the final episodes, and Bellisario says it was so great they were able to spare her on her current show, Chicago Med, so that she could come play with the Pretty Little Liars one last time.

“It was an absolute blast to have Torrey come back and play with us because Melissa is formative to Spencer just like Torrey is formative to me — we’ve been working together since the pilot. So the dynamic between the Hastings sisters is an ever-evolving, hard-to-define thing, whether they’re supporting each other or literally trying to kill each other,” Bellisario said. “Getting her to come back and finish out the show was a real joy, so you can definitely count on seeing the sisters back together.” 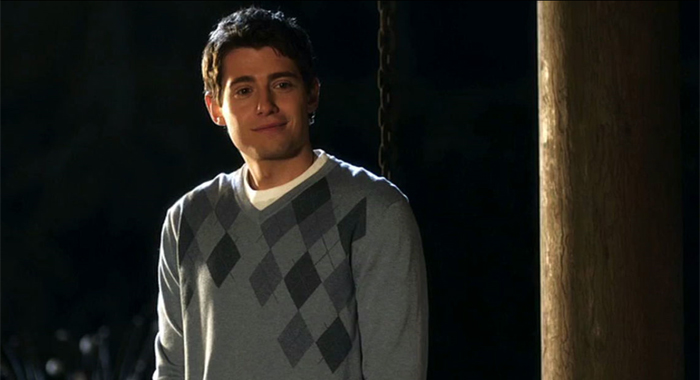 Another familiar face from Spencer’s past who comes popping up in season 7b is Wren (Julian Morris), Melissa’s ex-fiancé with whom Spencer was also romantically involved. When asked if perhaps the upcoming Spencer-Wren reunion is romantic in nature, Bellisario replied coyly, “Spencer can’t say single forever, I’ll say that,” but added that even though she can’t reveal under what context Wren returns, it was a great way to bring the show full circle.

“I got to work with him as a director — I got to direct a scene between Spencer and Wren and it was such a joy,” Bellisario said. “It was full circle, because so much of the Spencer story in the pilot was with Wren. I have such a blast with Julian. I feel like we do have really good chemistry, it’s just easy because we find each other very funny and we really do love each other, so it was a total blast to get to work with him as a director as well as an actor. So you can definitely count on some ‘Wrencer’ time, as the fans call it.”

The episode Bellisario helmed is “In the Eye Abides the Heart,” the fourth of the final 10 episodes. She can’t reveal too much about the plot, but she does tell us she worked extensively with Lucy Hale.

“I had a more character-driven episode, which was really fun because I got to work with the girls and particularly with Lucy Hale and take Aria in a direction that was really fun for both of us,” Bellisario said. “Lucy’s kind of always been the romantic heart of the girls. We all have our romances, but she’s truly the love story, her and Ezra, so to get to take her character in a different direction, away from the romance, was a total joy for both of us because I know she’s wanted that for a long time, so she really trusted me and let me play with her, so I think it’s going to turn out great.”

So Bellisario has checked directing off her to-do list and next up is writing, producing, and starring in a movie. The film is titled Feed, which Bellisario wrote before Pretty Little Liars even began shooting eight years ago. Co-starring Tom Felton of the Harry Potter franchise, it chronicles a woman’s struggle with anorexia and is based on Bellisario’s own personal fight with that illness.

“I sat down and I wrote a version of my own story. It’s not the exact events, but what I wanted to do with the film was get the audience to understand what it sounds like and what it feels like to be struggling with that illness,” Bellisario said. “I struggled with anorexia for many years and one of the most difficult things about that was it was very tough for me to explain to my family and friends why it was so hard for me to disengage with that.

“It’s not a disease you can see, you just hear something in your head that tells you not to eat — for many, many different reasons for different people. And I realized that I wouldn’t be able to fully heal until I could get people that I loved to empathize with that, to understand where I was coming from,” she said. “I’m really, really proud of it. I’m very excited to share it with people.”

She reveals that she didn’t want to direct Feed because the role was so personal for her, but now that Pretty Little Liars has wrapped and Feed is being released, she would love to do more directing.

“In the long term, I would love to direct a film and more television,” Bellisario said, adding, “I’m excited to get back into writing now that the final season of Pretty Little Liars is going to be out there. I’m excited to see what new worlds and roles I want to create for myself.”