The NBC comedy was notorious for its inventive and hilarious opens, but which was the funniest of all?

Seminal NBC comedy The Office premiered 15 years ago to, well, mixed reviews. But you know how the story goes from there: A stellar second season cemented the U.S. remake of Ricky Gervais’ British series into a must-watch, and the series went on to become a landmark of modern TV. (You can read about just how it did that here.)

One of the show’s signatures are its cold opens – those hilarious sequences that opened the show and which led into the series’ notoriously earwormy theme song. But which was the best Office open of them all? We’re asking you to help us decide. Take a look at our pick of the 40 best Office cold opens below, and rank your favorites. Let us know, too, which are your absolute faves in the comments below. 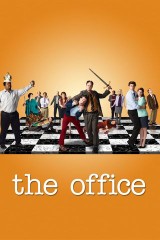