The film that started it all overcame challenges from The Incredibles, Up, and Finding Nemo to emerge as the fan favorite in our polls. 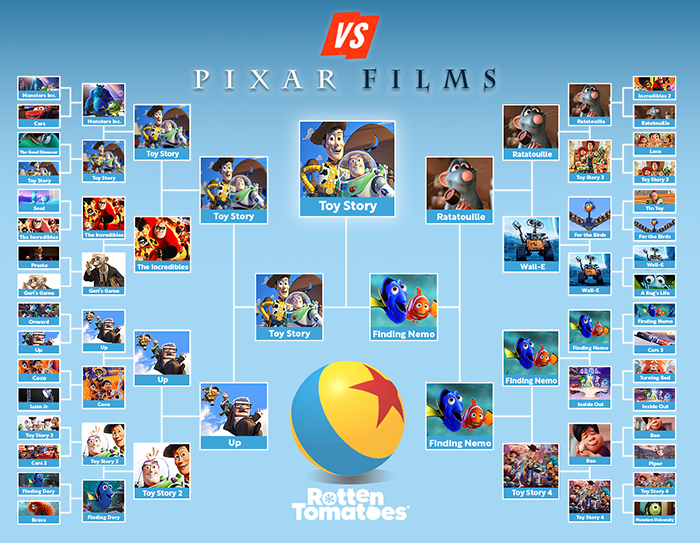 The community has spoken! The winner of the Pixar Showdown is none other than the film that started it all, 1995’s Toy Story! Perhaps this was always going to be the case, but there was no guarantee it would turn out this way. For many fans, choosing between Toy Story and Toy Story 2 is akin to picking a favorite between the first and second Godfather films… and then Toy Story 3 came along to jerk even more tears from all of us. But even 2 was ousted by Up, while 3 made the earliest exit of any of the Toy Story films, losing to Ratatouille in the second round.

All in all, we can’t say we were disappointed that the Final Four turned out to be Toy Story, Up, Ratatouille, and Finding Nemo — classics, all of them — but we did think Nemo would offer Woody and Buzz more of a challenge for the title in the championship round. In the end, it’s perhaps only appropriate that Toy Story won, considering Lightyear is officially out today, but let’s give Pixar another few years, and we’ll see if anything changes after they’ve released another dozen or so films. As always, big thanks to everyone who participated in the showdown, and congratulations to the original Toy Story for being voted the Best Pixar Movie Ever.