The premiere of Westworld season 2 is almost upon us, and HBO released the first trailer for it Thursday.

1. Another Massacre Is Coming 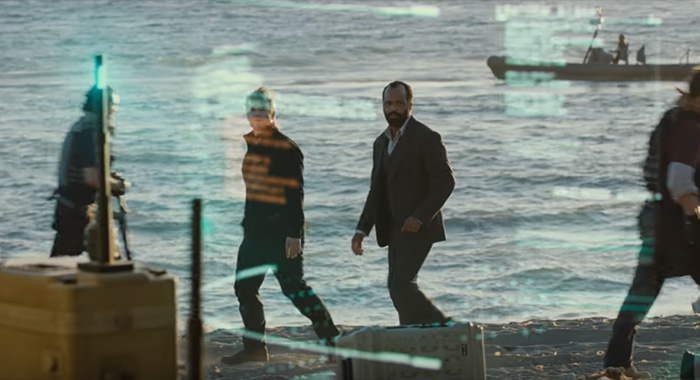 You needn’t have seen the original 1973 film to guess that we haven’t seen the end of the fighting in Westworld. The trailer reveals Bernard on the shores of a beach with bodies floating in the water – but are they human or Host? We then see him with Ashley Stubbs (Luke Hemsworth), a holographic map of the territory, and what looks like an assault team.

2. It’s Official: Robots Are Large and in Charge in Season 2 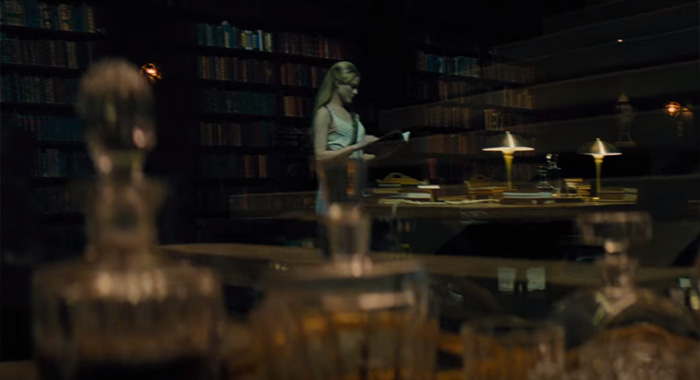 Bernard is having a philosophical conversation with the Host Dolores Abernathy (Wood), but we see her wandering freely in what looks like the library of Dr. Robert Ford (Hopkins). Harris’ Man in Black says, “Up until this point, the stakes were never real, but now you and the rest of your kind are free.” He’s not talking dogies home on the range.

3. Maeve Will See Her Daughter Again – Or Else (We’re Guessing) 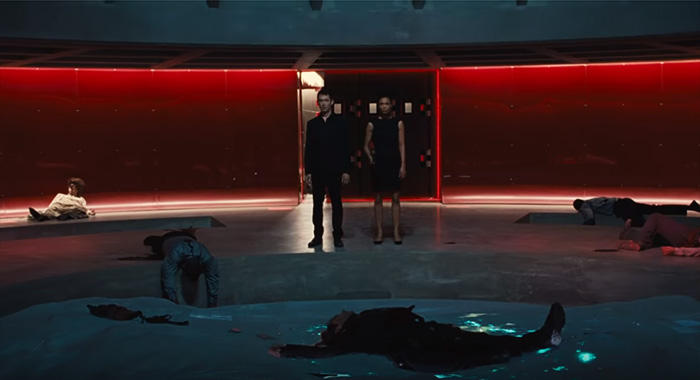 “She’s something we programmed – she’s not real,” Lee Sizemore (Simon Quarterman) tells Host Maeve Millay (Newton). Maeve: “You’re going to take me to my daughter.” We’re laying bets that’s a threat, not a request and she is deadly serious about it. The bodies strewn about underscore her point. Lee may be a self-interested weasel, but he’s a Delos parks designer, and he has the power to make this happen – in the interest of self-preservation, he will make this happen. 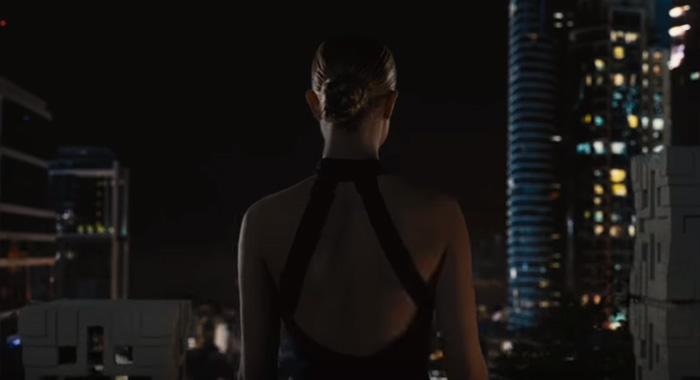 The trailer shows William (Jimmi Simpson) in one of the labs approaching naked Dolores. Later, we see her in contemporary human clothing against a cityscape and then again sitting beside a piano at a cocktail party. Voiceover: “I know exactly what is out there.” Time for the rogue Hosts to infiltrate the humans.

5. The Dead Shall Rise Again 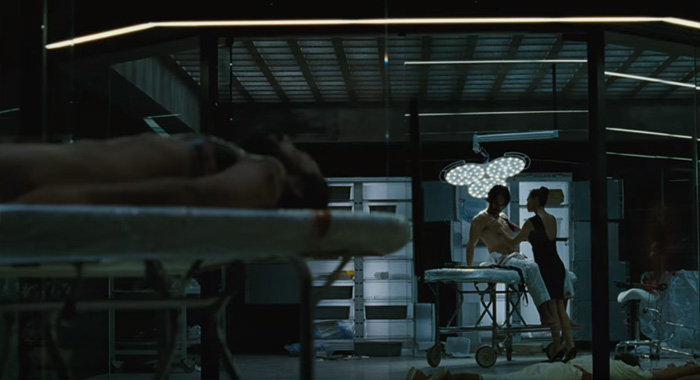 Dolores tells Bernard, “Here we are – a kind that will never know death,” over a shot of a Host child with a smashed face. “And yet we’re fighting to live.” She says onscreen to Bernard, “There is beauty in what we are.” The next shot is of Maeve caressing a reanimated Hector Escaton (Rodrigo Santoro) in the lab.

6. Unformed Hosts Will Join the Fight 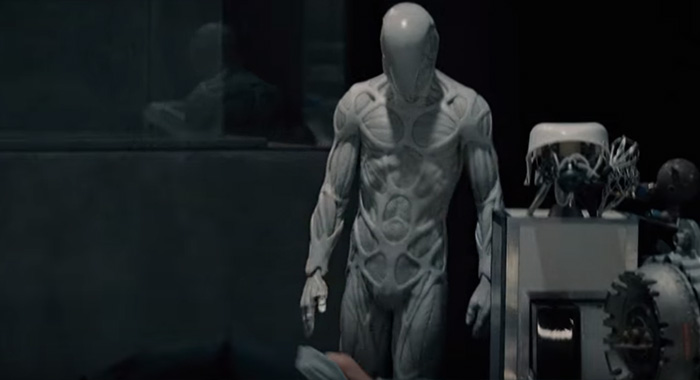 Even half-baked models will be brought to life to join the Hosts’ fight.

7. The Jig May Be up for Bernard 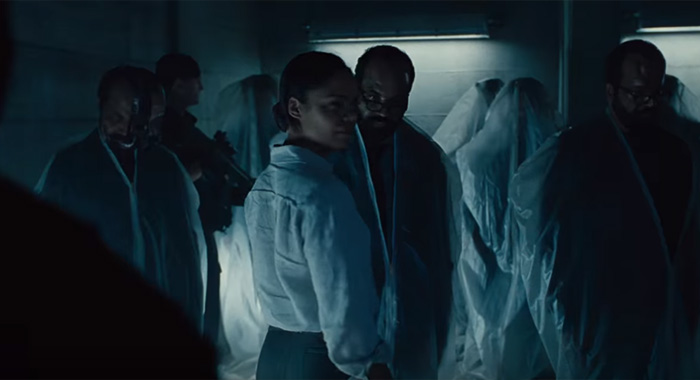 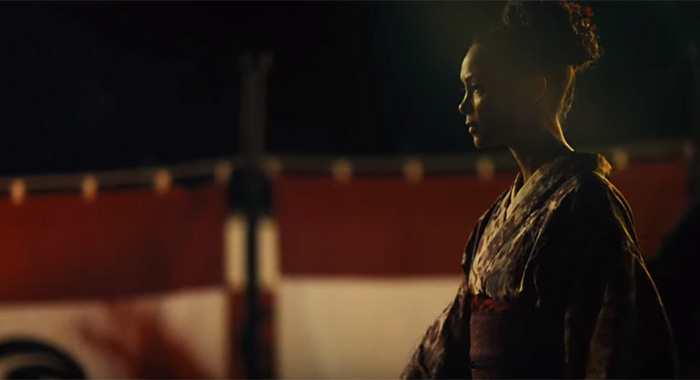 It has previously been reported that what had been “Samurai World” in the feature film will be “Shogun World” in Westworld, and it is one of six parks developed by Delos. The trailer features Shogun warriors, a dancer, and Maeve is shown in traditional dress of the period. 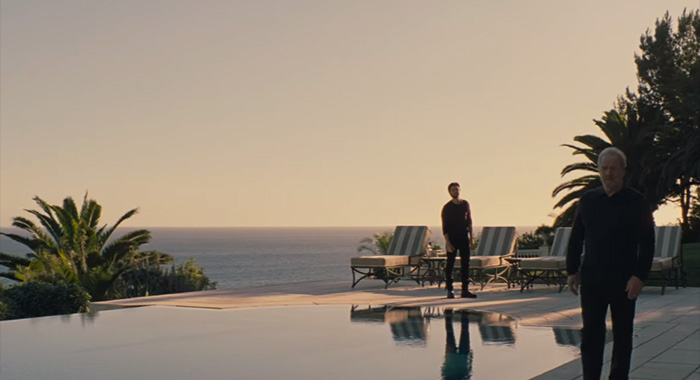 10. The Soundtrack Is Awesome

Nirvana’s “Heart-Shaped Box” has been reworked for Westworld by composer Ramin Djawadi (also responsible for HBO’s other epic series, Game of Thrones) and plays over the trailer. The soundtrack for Westworld season 2 will be available digitally on March 30.

11. The Wrath of the Righteous Will Rain Down Upon Them 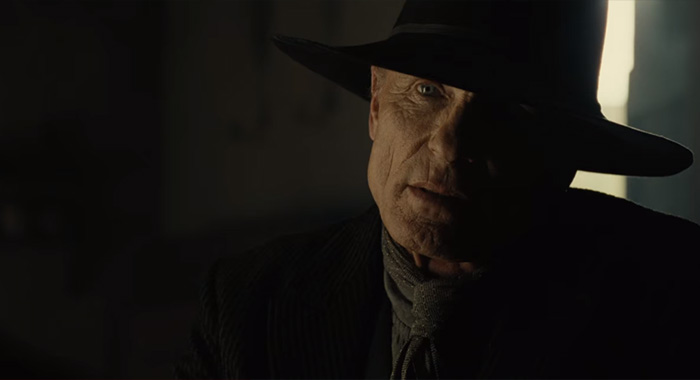 “They wanted a place hidden from God. We had something else in mind entirely. I’m gonna burn this whole thing to the ground.” – Man in Black

What was your favorite moment from the trailer? Tell us in the comments.