All the new trailers, clips, and exclusives from Netflix's splashy online fan event in the one place: Stranger Things season 4, The Witcher season 2, Cowboy Bebop, and more. 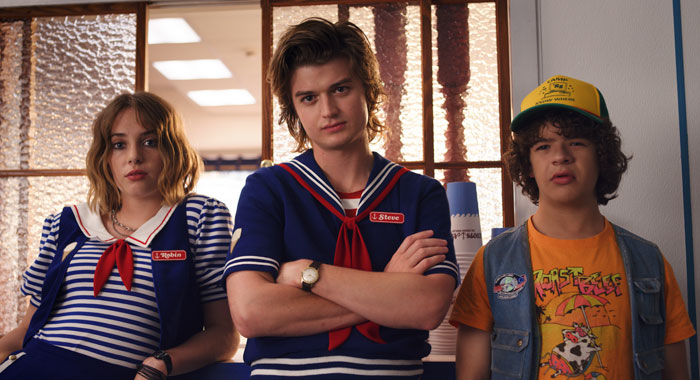 As conventions go virtual, studios and streamers are getting in on the game with special days devoted to hyping and previewing their most-anticipated titles. And so it is that Netflix gave us TUDUM, a three-hour virtual showcase of previews and panels they dubbed a “Global Fan Event.” (“Tudum,” by the way, is the sound you hear when the Netflix logo pops up on your screen.)

The event did not disappoint those looking for sneak peeks at some of the streamer’s most anticipated new and returning titles. Among the highlights: New clips from season 2 of The Witcher and a behind-the-scenes look at prequel series The Witcher: Blood Origin; the title sequence for Cowboy Bebop, the live-action adaptation of the fan-favorite anime series; a teaser for Stranger Things season 4 (at last); a first look at Vikings spin-off series, Vikings: Valhalla; a revealing Cobra Kai season 4 teaser; and a first look at the hotly anticipated adaptation of Neil Gaiman’s comic, The Sandman.

Check out all the buzziest reveals from TUDUM below and let us know what you’re looking forward to most in the comments.

Henry Cavill showed fans not one but two clips from the upcoming second season of fantasy series The Witcher. Plus, it was revealed that The Witcher has now been renewed for a third season.

In addition to the two clips, Netflix also unveiled an extended “Road to Season 2” trailer featuring never-before-seen footage from the upcoming season.

Showrunner Declan de Barra offered fans a first look (of sorts) at The Witcher: Blood Origin, with a tour of the set and locations and plenty of tidbits about what to expect from the new prequel series set before the books. Check it out above.

Jennifer Lawrence and director Adam McKay were on hand to share an exclusive new clip from Don’t Look Up, a very McKay-like treatment of the end-of-the-world comet movie. In the clip, DiCaprio plays a scientist trying to convince the president (Meryl Streep) that action needs to be taken to address incoming disaster… and struggling with the task.

Matthias Schweighófer stole the show as Dieter in Zack Snyder’s zombie-heist mashup Army of the Dead earlier this year, so it’s little surprise that when it came to choosing a character to focus on for a prequel to the movie, Dieter was the first one producer Snyder turned to. Schweighófer, who both stars in and directs the prequel, Army of Thieves, revealed the full trailer for the movie during the last hour of TUDUM. Army of Thieves is available October 29, 2021.

John Cho (and John Cho’s hair) were on board to reveal the opening title sequence for Cowboy Bebop, the live-action adaptation of the anime series. Jazz, intergalactic travel, and a corgi? Check it out.

Athlete and activist Colin Kaepernick introduced the upcoming limited series, Colin in Black & White, which he co-created with Ava DuVernay and which traces his own coming of age as a Black child adopted into a white family.

Vikings fans got a first look at spin-off series Vikings: Valhalla, which will come to the streamer in 2022. The series begins about a century after the original series and features some big names from Norse history, including Leif Eriksson, played by Sam Corlett, who was also on hand to introduce the teaser.

Those expecting to see some footage from the third season of The Umbrella Academy might have been a tad disappointed by TUDUM (no trailer, teaser, or sneak peek). But only a tad, because the charismatic cast did answer fan questions in a fun and revealing video that should tide Umbrella diehards over until we see something from the upcoming season.

The cast of Emily In Paris revealed the series would return December 22, 2021, and offered a tease of the new season. Vacation time, anyone?

Chris Hemsworth confirmed what many have long suspected… that his character, Rake, did not in fact die at the end of hit action flick Extraction. The Australian actor offered a tease of the new film during TUDUM that revealed just how Rake managed to make it out of the river.

“Rivalries don’t need to last forever.” So it goes for season 4 of Cobra Kai, the beloved sequel series to the Karate Kid. In the just-teased season, uncomfortable alliances look to be forming between Johnny (William Zabka) and Daniel (Ralph Macchio) and their young broods. Check it out above.

Neil Gaiman was on hand to preview the much-anticipated adaptation of his comic The Sandman – the author said being on set has been like “walking around inside the comics.” Gaimain introduced series stars Kirby Howell-Baptiste (Death/The Sandman) and Tom Sturridge (Dream/The Sandman), the latter of whom intro’d an exclusive first look at the series, which he described as “the moment that sets the whole saga in motion.”

Plus, Netflix released a series of character posters for The Sandman.

Season 2 of period phenomenon Bridgerton puts a new couple in the center of the narrative: Kate Sharma (Simone Ashley) and Anthony Bridgerton (Jonathan Bailey). And if you were hoping for flirtatious and witty repartee, well, this first look at season 2 suggests you’re wishes are set to come true.

Jason Bateman was on hand to introduce a glimpse of the final two-part season of Ozark. After a joke intro teasing some potentially lucrative hair mousse, we actually saw what appeared to be a scene set moments after the finale of last season in which Marty and Wendy Byrde are cleaning blood off of each other.

Gamers rejoice! Netflix used TUDUM to reveal a first look at its ambitious animated series, Arcane: League of Legends, which features the voices of Hailee Steinfeld, Ella Purnell, Kevin Alejandro, Katie Leung, and more. The series is set in the world of and comes from the creators of the beloved multiplayer game, League of Legends.\

The first look we got at the upcoming season of Stranger Things was spooky as hell. The clip begins in the past with a family moving into a house (the “Creel house”) and experiencing a bunch of things that go bump – and flash – in the night, before cutting to the present-day (in the series) where our young Hawkins heroes explore the now-rundown home. What’s the meaning of that grandfather clock? You’ll need to wait for 2022 to find out.

See a Young Kanye West Rap in Clip from JEEN-YUHS

Pop Smoke introduced this clip from upcoming three-part documentary JEEN-YUHS featuring Mos Def and Kanye West rapping 2002. The doc reportedly follows West over 20 years of his career, and includes his candidacy for president.

Fans of global crime phenomenon Money Heist got a look at the intense series’ next installment, too.

Dwayne Johnson was on hand to unveil an exclusive clip from the upcoming Red Notice, co-starring Gal Gadot and Ryan Reynolds. Introducing the clip, Johnson promised the adventure flick – a throwback tale of FBI agents and art thieves – is “massive” and the biggest film Netflix has ever produced. In the clip itself, Gadot’s character gets the best of her two co-stars.

Tiger King is coming back, like it or not, and at TUDUM we finally learned exactly when it would return. The documentary series will be back on Netflix November 17, 2021.

Knowing just how hungry fans are for any scrap of detail on this adaptation of the beloved anime series about three bounty hunters outrunning their pasts, Netflix dropped a new poster ahead of TUDUM, where it is reported they will offer an exclusive look at the opening title sequence that will feature star John Cho and music from Yoko Kanno. 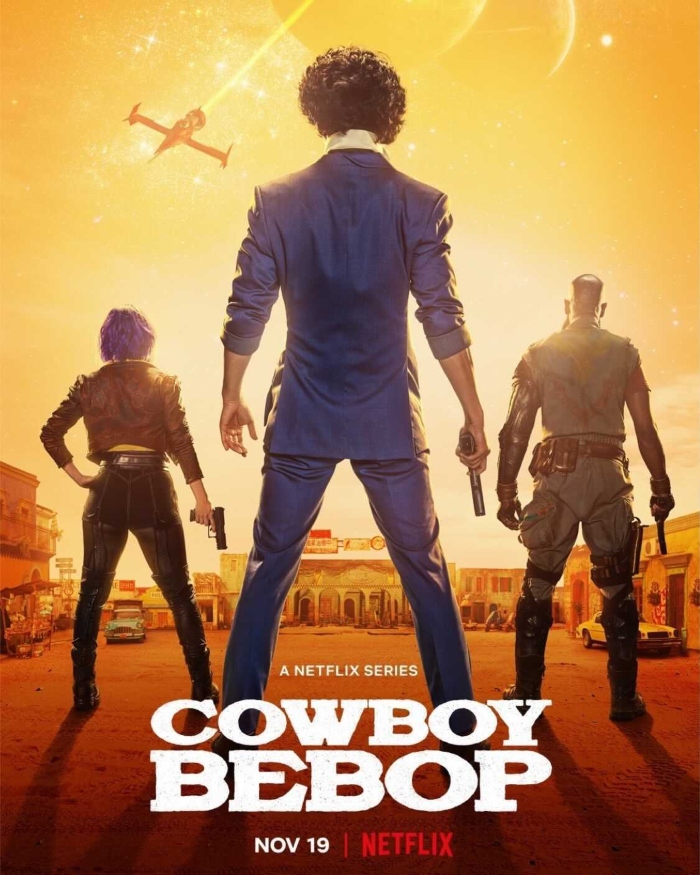