Harry Potter and Game of Thrones alum faces off against newcomer Sen Mitsuji as passengers marooned on a ship stranded in deep space.

Origin is created, written and executive produced by Mika Watkins (Troy: Fall of a City).

Release date: All 10 episodes of Origin debut on YouTube Premium on November 14. 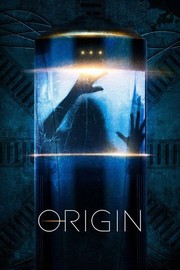 “Rotten Tomatoes Is Wrong” About… Star Wars: Episode I — The Phantom Menace

Godzilla vs. Kong By the Numbers: Who’s The True King – According to the Data?