The filmmaker whose feature debut won the Grand Jury Prize at Sundance talks about her influences, her admiration for genre-blending, and the importance of authenticity. 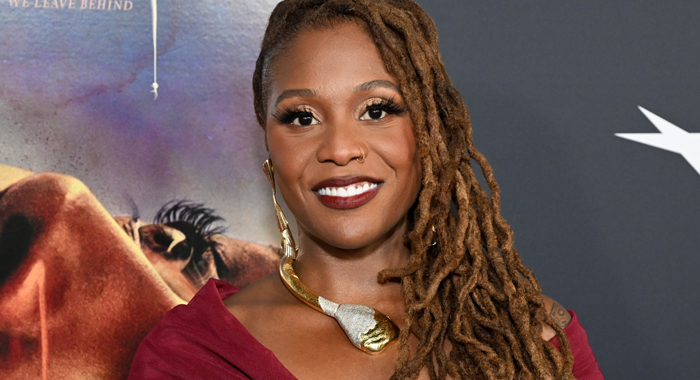 Filmmaker Nikyatu Jusu has had a wild year traversing the festival circuit with her Sundance Jury Award-winning debut feature Nanny, a showcase for her love of horror and drama that comes after helming numerous genre-bending short films, including the Sundance award-nominated Suicide by Sunlight.

In Prime Video’s Nanny, a Senegalese woman named Aisha (Anna Diop) spends her day working as a nanny to a high-class white couple (Michelle Monaghan and Morgan Spector) in Tribeca, New York City, but she longs for the day when she can reunite with her young son, who she left behind in Senegal. Amid her day-to-day work navigating life and patiently tending to the couple’s demanding needs, supernatural occurrences begin to surround her and test her patience.

Ahead of the film’s theatrical release, Jusu spoke to Rotten Tomatoes about her Five Favorite Films, taking care to note that on any given day, any of the films can change: “This is like having five kids and saying which one is your favorite child.” That said, all of her choices are already banger features that encapsulate Jusu’s ability as a filmmaker and writer to move past the binary of abiding by a singular genre. “All the filmmakers I’m going to mention are going to be cross-genre filmmakers, meaning that maybe their film is identified as one thing, but it’s so many things more than that one thing that speaks to the ways that I like to work.” 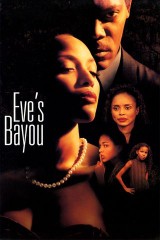 This was pivotal for me in terms of seeing the ways that a Black girl protagonist in a coming-of-age film could still maneuver, the intersection of cross-genre elements of culturally specific folklore, horror elements, thriller elements. You know, there are just so many themes, and they ease by you. And seeing it ensconced in the Southern Gothic conduit was interesting to me. 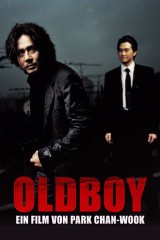 Park Chan-Wook is a really brave, innovative, smart filmmaker, with a cross-genre piece that has so much heart and so much strong character. No matter how stylized art is, I’m never disappointed by his work. He does so much with his runtime. He uses all the tools in his arsenal, in terms of soundscape, in terms of set design, in terms of texture, color palette. 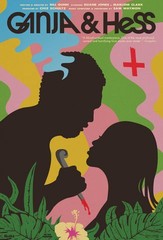 Digging into the archives, the filmmakers like Bill Gunn, I think about ways that he navigated Black vampires and how cerebral Ganja and & Hess was. The reception that he got at the time, where he was misunderstood and was trying to be innovative and they couldn’t pigeonhole him or compare him to anyone — that speaks to my work. Then just having this love story again, at the heart of this Black vampire film, is navigating all these big existential ideas in the film at the time. Context is important. It was just such an innovative film at the time and I don’t think audiences at the time, when blaxploitation was a thing, understood what made this intellectual, abstract vampire piece so brave. It’s stylized, it’s gorgeous, the leads are beautiful, and they have real chemistry that flies off the screen. 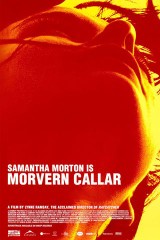 This was my entry point to Lynne Ramsay’s work. Her ability to make soundscape a character was really inspiring. It’s something that she thinks about deeply in the writing process as a writer and director. Much like everyone I mentioned, she gives her all to every facet of her filmmaking. 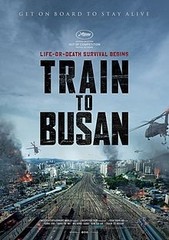 The zombie genre is an allegory for so many human navigations of what it means to be human in this world. It’s always just a poignant commentary on the ways that we don’t value community. We’re conditioned to perceive ourselves as individuals, and to me, the best zombie films, in the end, show who is truly the monster that we’ve been. We’ve become monsters ourselves, navigating the societies that we’re navigating. Again, everything I’ve mentioned is hyper-stylized. I love filmmakers who have a poignant sense of style.

Rendy Jones for Rotten Tomatoes: Were there any influences behind tackling the cross-genre themes that you mentioned through Nanny?

Nikyatu Jusu: You know, the process has been such an amalgamation of influences. When Rena Yang, my brilliant DP came on, we were swapping all kinds of references that were not film-centric. We were swapping references that were like Boscoe Holder, the queer, Trinidadian painter — his paintings are rich in color. And then photographer Roy DeCarava, the way he plays with shadow work. I had a list of films for my entire team. Once my whole team came on, I had a list of references for them. And it was like, I have a list of less literal tonal elements, like, for instance, the Netflix series Dark was a reference, The Handmaiden, In the Mood for Love. The list is long. Then I had a whole separate list of supernatural references like St. Maud, La Llorona (2020), A Tale of Two Sisters, The Babadook. And then I had cultural references, like Ousmane Sembène’s Black Girl, Claire Denis’s Chocolat, Andrew Dosunmu’s Mother of George and Restless City. I had these different film lists that spoke to different facets of Nanny because I was well aware that it was kind of this confluence of things.

RT: What was it like to represent Little Senegal? Because if you put this movie on a geographical map of NYC in film, this might be the second movie to display the neighborhood.

Jusu: I always wanted it to be authentic. I’m not Senegalese, but I’m Sierra Leonean-American. And I was born and raised in Atlanta, which is very different from New York. I wanted to lean into what it meant to be the primary African demographic in New York. Harlem is Little Senegal, and there’s a huge Nigerian population also in places like Brooklyn and the Bronx. Living in New York, as first gen, you still gravitate to the other first gen who are African, so I was able to do that research and understand what it meant to be Senegalese in New York. And we shot on location in Senegal, in Harlem, which was really important, because at some point, budget-wise, we were talking about shooting in Toronto. A lot of films at the time we shot, which was the peak of COVID, were scared to shoot in New York on location, so they were cheating Toronto for New York. And we thought about it; like, we had started the process of budgeting Toronto, but as someone who’s lived in New York for 13 years, you can tell. You can see on the screen that is not New York. So I’m glad that we were able to do that.

RT: What are some movies that serve as an influence to bring the aspect of African Mythology into your feature?

Jusu: Well, you know what? I’ll say I grew up on, like, really bad, but good, “so bad that it’s good” like Bollywood and Nollywood and Ghanaian films, Gollywood.

They’ve become more mainstream on Netflix, but the old ones… Like in the hair-braiding salon, I referenced this film called Ciara and Beyonce. It’s African blaxploitation, and I grew up with my parents watching these really terrible, bad VFX, really terrible sound designs. But it was just so fulfilling to see black people being imagined in these ways. Like, you’re able to ignore the execution because you know that people don’t have the resources, but they’re trying. The ambition is encouraging. And so I would say that those films continue to be fun for me to escape into for permission to just keep doing this differently.

Nanny opened in limited theatrical release on November 23, 2022 and debuts on Amazon Prime Video on December 16, 2022.