Mowgli: Legend of the Jungle Is Ambitious but Uneven

Plus, Anna and the Apocalypse is Certified Fresh and guess The Possession of Hannah Grace's Tomatometer.

This weekend at the movies, we’ve got a Serkis adventure (Mowgli: Legend of the Jungle, starring Rohan Chand and Andy Serkis) and a hospital haunting (The Possession of Hannah Grace, starring Shay Mitchell and Stana Katic). What are the critics saying? 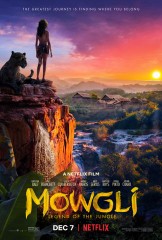 In 2016, Disney released a live action/CGI hybrid remake of The Jungle Book, a musical adventure based on the Rudyard Kipling book of the same name, and it was a runaway success. Even before that film went into production, however, Warner Bros. had already begun development on their own adaptation of Kipling’s book, with Christian Bale, Cate Blanchett, Benedict Cumberbatch, and Naomie Harris lending their voices to the animal characters and Andy Serkis, who voices Mowgli’s bear friend Baloo, at the helm as director. The end result is Mowgli: Legend of the Jungle, a decidedly darker take on the source material that follows a young boy raised by wolves who must decide whether to remain in the jungle or return to civilization. The film opens in a handful of theaters this week, with an eventual release on Netflix next Friday, and according to critics, its move to the streaming platform may have been a strategic one by Warner Bros. While Serkis’ passion for the project is clear and the A-list cast is reliably effective, critics say Mowgli suffers from comparisons to the Disney film, both in the quality of its special effects and in the consistency of its tone, and the final product is a messy — if ambitious — misfire. 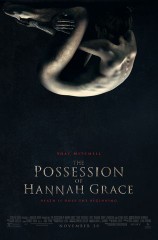 It would be easy to dismiss any horror film with the word “possession” in its title as simply another riff on the formula that William Friedkin’s The Exorcist made popular. Fortunately, this week’s The Possession of Hannah Grace seems to understand that and takes the concept in a slightly different direction. Shay Mitchell stars as Megan, a night-shifter working alone in a hospital morgue where the mutilated body of a woman who died during an exorcism is delivered. The woman, of course, is Hannah Grace, and as Megan eventually discovers, she may not be quite as dead as everyone seems to think. Is the twist on the genre enough to set the film apart from its peers, and does its R rating mean we can expect more brutal thrills than your typical teen-friendly horror movie? We can’t really say, since The Possession of Hannah Grace wasn’t screened for critics. In other words, guess that Tomatometer!