The writer and director of C'mon C'mon proclaims his admiration for a handful of classic films talks about how his new movie was inspired by his relationship with his own son.

Ever since his debut film, Thumbsucker director Mike Mills has made a name for himself as someone you can count on for introspective and personal indies about family, particularly the dynamics between parents and children. His last effort, 20th Century Women, brought him worldwide recognition and an Academy Award nomination for Best Original Screenplay.

For his latest C’mon, C’mon, Mills tweaks his exploration of the parent-child dynamic by placing the child under the care of his mother’s brother — an enthusiastic albeit ill-prepared caregiver. Joaquin Phoenix plays the uncle, Johnny, who is enlisted to care for his nephew (Woody Norman) when his sister (Gaby Hoffman) is called away to care for her ex-husband (Scott McNairy) — Johnny ends up transporting the child from California to New York as he tries to maintain his work as a National Public Radio host. Interviews with children across America about their thoughts on the future are interspersed with the daily grind, profound moments of kinship, and the introspection Jonny experiences while caring for his young nephew.

Ahead of the film’s expansion into more theaters this weekend, we caught up with Mills to discuss how his kid inspired him to make the movie, how he discovered the young star who plays the precocious Jesse, and whether or not he ever plans to introduce the film to its muse, his son. We also chatted about his Five Favorite Films, including a pair of 1960s classics that also inspired his latest effort. 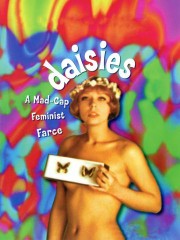 Věra Chytilová‘s film. It’s so punk and so awesomely feminist. And her voice! I love this radical, strong, non-male energy, vibe, and perspective. And it’s in the DNA of her work. There’s actually another film called Something Different, which I also adore. But still, I’m going to say, The Daisies — those performances were amazing! And just the visual feast of it, the constant inventiveness of that film, it’s amazing. They programmed that at CCM Fest a couple of years ago, and that’s where I got to see it, but yeah, it was so dope. 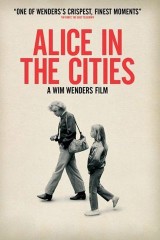 Alice in the Cities really influenced this movie — the structure, the idea of a man who isn’t a father taking care of a child they don’t really know and traveling to different cities. And Wim Wenders‘ sense of place in different movies. I feel like all of his movies are saying to the audience, “This story can only happen in this place and this time. This dialogue, this feeling, can only happen in this place,” and I love that. I find that exciting and a great way to hold onto how to shoot a place. And Robby Muller’s cinematography in that is amazing. The movie is spacious and straightforward and just about the micro-est of things, which helps you make a movie like that because it’s scary. 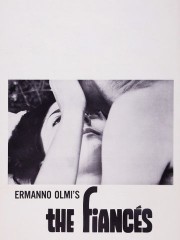 I Fidanzati (The Fiances) is like early ’60s, and it has this amazing film language. I think that is something we have in C’mon C’mon with these non-linear passages, where it’s not a flashback, exactly, but you see a part of a scene you saw earlier, but you didn’t see that angle, or you didn’t see that moment of that scene. So it gives you a weird sense of space inside the movie. To provide you with a chance to say, “I was there, but I didn’t see this part.” It kind of indicates that there’s an edge to the movie that you’re not seeing. All these things are omitted. And to admit omittances —it’s a cool trick! It kind of opens an accordion in the movie in a weird way. 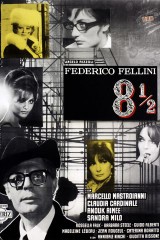 I saw that in art school, and it’s one of those movies where I was like, “Oh, you can do, what? You could do that?” I didn’t even think I could be a director until 10 years later. But it remains one of my favorite films, and as a filmmaker, the way he writes about his process and interviews is so important and meaningful to me. Just the virtuosity of the film. An obviously radically personal film, right? It was also radically lyrical, crazy, science-fiction. It’s everything. 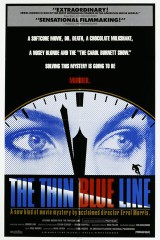 I saw The Thin Blue Line when I was 28, and I was like, “Oh, maybe I can make films.” Because that spoke to me using visuals as this is kind of an illustrative, essayistic style, all of these concerns, but coming from reality. The documentary “project” of everything is an important part of my whole process. Just like, say, Grey Gardens or any Maysles brothers film. They’re engaged. You hear their voice, and you see them in the reflection that they are part of the process. It’s this interesting, weird, novelistic mess of life that is what they’re going to show to you.

Jacqueline Coley for Rotten Tomatoes: This was partially inspired by you spending more time with your kid during the pandemic, correct?

Mills: I had it in my mind for a long time before I started writing, but I didn’t know how to do it without intruding on my kid’s life. Because it’s the first time I’m writing about someone alive, but on top of that, a kid who doesn’t have sovereignty over their life yet, right? I didn’t know how to approach it, and it took a long time of sitting with it to figure out a line through, where I felt like I wasn’t intruding.  But it was deeply inspired by these many things that are really from us. At least, that was the start, and that took off. And I think the thing that kicks it in is when I can find a way that it’s like, incredibly small, intimate, just things that happen between my kid and me. Deeply, interpersonal things like taking a bath, as something you are muttering as you’re going to sleep. That’s a tiny space, right? And how that relates to this much broader spectrum of responsibilities and stakes of introducing your child to the world at large, to society, history, power, capitalism, to his relationships with people. It’s the personal political thing. If I can find that line, then I’m like, “Okay, this is worth trying to share my personal thing with a bunch of strangers in a dark room who don’t care about me and my deal.”

RT: Woody is just incredible. When did you know this was going to be the kid to play Jesse.

Mills: He came in and met with Joaquin. We played around, did some scenes, and did some improvising. And I videoed it all, and I edited it together. I showed it to Joaquin and we were like, “This is it. He could do it all.” And I think the ingredients that Woody had were super weird, creative, intelligent. I met with him and knew he did not fake it. He comes from such a real place. He’s available and expressive, but he’s not performative. You can’t believe you are talking to a kid. That’s what it was like on set. It was like, “Damn, that was amazing.” (laughs) “Damn, that was amazing, too!” And I think, and a lot of that comes from Vonda, his mom.

RT: You mentioned it was very lucky that Joaquin Phoenix and Gaby Hoffman were instantly so close. What first clued you in to that bond?

Mills: Oh, it was right there from the get-go. It’s lucky, but I also had a hunch. And I had a hunch based on [the fact] they’re two very intelligent people who live in very alternative American cultures. They’re both very subversive. They’re both very political. They’ve both activists and anti-cliché people. They look familial. When you put a picture of them together, it’s almost like an epigenetic situation going on. It was there from that first day, from the first scene. They didn’t rehearse together. They didn’t ever meet together until that first scene where Joaquin walks through the door. And they hot seared their relationship, the intensity, the nervousness, and the stakes of that as soon as the door opened and they saw each other. They figured out their whole deal in this instantaneous thing that happened to them. But then, they were also just so silly together, either arguing or laughing. We had dinner last night, and they’re just like, going at it with each other, and all I was thinking is, “Are you arguing, or are you cracking each other up? I can’t tell.”

RT: Has your kid seen it?

Mills: My kid is nine. And my kid probably won’t see it. And I’m happy! My kid knows all about it and likes to talk about it. And he’s probably a filmmaker or some sort of a creative person. It’s real important to me that it’s not that important in our house. My relationship with my kid is what’s important. This is my job; this is what I do. They know I’ve done it about my parents. They obviously heard me say this, but I don’t remember saying this to them. There’s no way to capture them. Even if you film them their whole life, you couldn’t actually capture them. What you can do, if you’re lucky, you get a slice, you get one access. You get one piece. And that can be awesome in a movie, but you don’t get the whole thing. So I don’t know when they’ll watch it. They don’t have ever to watch it, as far as I’m concerned; that’s fine. There is no pressure and no coercion, and it might be the most beautiful thing if they never watch it.