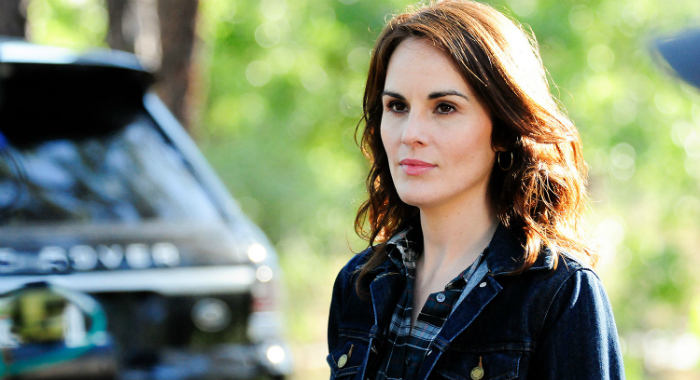 If you’d only seen Michelle Dockery in costume dramas — the British actress starred as prim and proper Lady Mary on Downton Abbey for six seasons (and possibly a movie, but she’ll address that later) — you were probably shocked to see her fully inhabit her role as the fallen Southern belle Letty, a recovering drug addict con artist, on TNT’s Good Behavior.

But throughout the first season of the drama, which was based on a novella series by author Blake Crouch, the actress stunned, as Letty was released for prison (on good behavior), fought to regain custody of her son, and fell in love with sexy Argentinian hitman Javier (Juan Diego Botto).

Season 2 sees Letty and Javier on the run (with her son, Jacob) as the fugitives, implicated in a hotel robbery, hiding from the FBI agent chasing them (played by Ann Dowd). It’s not exactly domestic bliss, however, because Letty is still stealing and Javier is still killing — and someone is trying to kill Javier. Can their relationship survive their not-so-normal life?

Rotten Tomatoes chatted with Dockery about season 2 of the drama, her other new project, the Netflix Western Godless, and the potential she could reprise her role as Lady Mary in a Downton Abbey movie.

Michelle Dockery: It starts out with trying to live a normal life now that she has Jacob, which was her goal, really, in season 1 — an attempt at being a good mother. Now they’re in this position where they have that, and it takes about nine seconds for them to fail miserably.

They have, of course, to keep living this life and live in an Airbnb under different names, and even Jacob has to have a different name. So, he’s involved now. I think that’s something that she hadn’t really thought through due to her lifestyle and, obviously, Javier. Essentially they’re on the run. Jacob has to be involved in it, which makes him far more vulnerable. That’s what the season is, really. It’s attempting to live a normal, quiet life and it proves impossible because of their past and what they do. They just can’t escape it.

They’re not ordinary — they’re ornery, Letty and Javier. It’s impossible for them to be normal because they live on the outskirts of society. They can’t really conform to this sort of normality that people tell them that they should strive for, and it’s actually everything that’s right about them. It’s what makes them so extraordinary, these characters, and why we want to watch them. It could be pretty boring if they ended up just being normal. 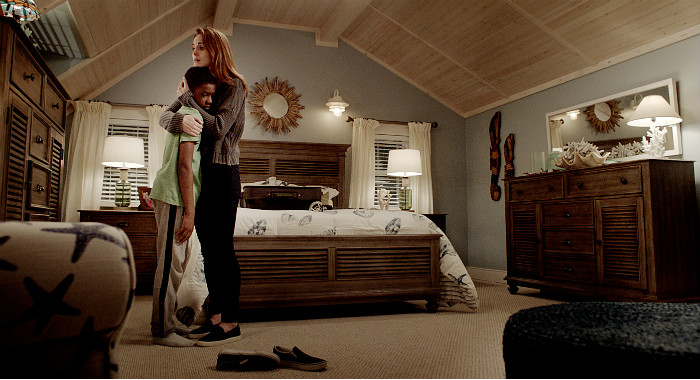 Do you think that Letty, in particular, actually does want to be normal, or do you think she’s realizing that it’s not necessarily something that she wants or even should want to strive for?

I think the thing that people relate to about our show is that everyone is just trying to be the best version of themselves. We’re all, in our own way, discovering who we are, and I think that’s what Letty’s doing. She’s figuring it out. Beyond that, no, I don’t think she does want to be normal. I think she would be bored out of her mind. Her relationship with her grandmother is really interesting, who’s Alex, played by Holland Taylor. She reminds her that she’s not cut out for normality. It’s not exciting enough for her. It’s moving to see her come to this realization, actually. She can’t just live a normal life.

We see in the first episode back that someone is after Javier, and I think the events of the end of the first season prove that Letty really is deeply in love with him even if she’s not necessarily going to articulate it in that way. How ride or die is she going to be, especially now that she has Jacob with her?

What continues through season 2 is this push and pull with Javier and Letty. You want them to be together, but it’s like chaos when they are together, which is really exciting, but it’s damaging. They cause a lot of damage to people around them, and so, there is this Bonnie and Clyde aspect to their relationship. It’s like a drug for her, I think. There are very key vices that she has now. She’s still trying to curb all of these vices. I think that when it comes to this relationship, it’s complicated, because she is always tortured over [the question], ‘Am I better off on my own?’ Because she causes all this damage and finds it difficult to love in a natural way. She has a very restless personality and is always sort of wanting more and better. Like Javier said in that first season, that’s not easy. She wants to love more, she wants more, she wants to be more, and she can never rest. It’s what I love about her. 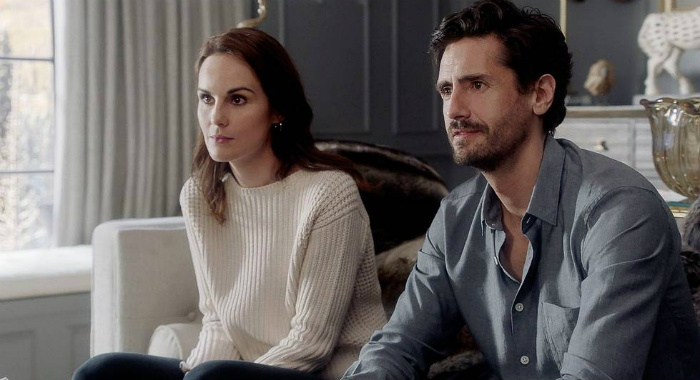 Being on the run is very difficult and it seems that things will probably catch up with them in one way, or another. What’s going to happen if/when they are caught?

Well, they’re on the run from Lashever, because she hasn’t followed through [with her end of their deal]. She’s with [Javier], and she saves him at the end of the last season because Lashever was so close to getting him. Eventually, yes, it is going to creep up on them inevitably. I don’t really want to give too much away, but that’s the feeling of this season. It’s got this sort of undercurrent of pressure. 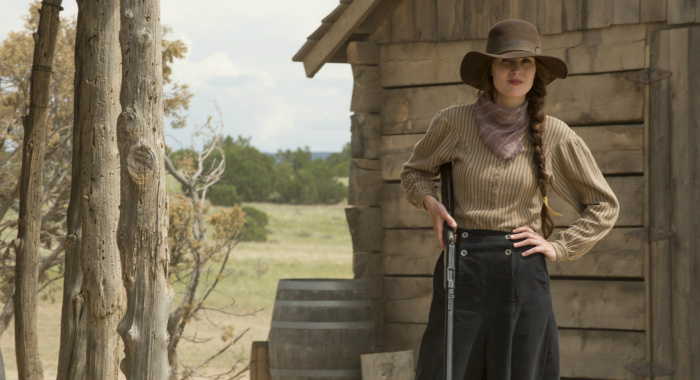 Let’s talk about your Netflix series Godless. What is it like to go back and do another period piece, but a very different period this time?

It was incredible to work on a Western. It’s a sandbox you don’t get to play in often. It’s an incredibly rare thing. It’s every actors dream, so it was amazing to be part of. It’s an authentic Western, but it’s a story that hasn’t been told. It’s that brilliant mixture of cold-blooded violence against such beautiful surroundings. It was just another wonderful character to play, another fantastically complex woman. Playing a character that was living in this wild, untamed time, where everything these women made out to achieve used to be smacked back in their faces — it was very rough living. What the series does beautifully is: You see what it was to live in that time and in those surroundings with those hardships.

This is the obligatory Downtown Abbey movie question. Are you hoping that you finally get to make this, if only so people like me will stop asking you about it every time we talk to you?

I think it’s the same answer I have had for a while: I’m hopeful and that’s all I can say. But I think you’re right, it’s not going to stop until we actually do it. It comes up in every interview, but it’s wonderful to know that people still have such love for the show. It doesn’t seem to be quite over yet.