This weekend, New Zealand actress Melanie Lynskey stars in XX, a unique horror anthology film comprised of shorts written and directed by exceptionally talented women (Annie Clark, Roxanne Benjamin, Karyn Kusama, and Jovanka Vuckovic, with awesomely weird animated interstitials by Sofia Carrillo). Lynskey’s credits include Heavenly Creatures, Togetherness, Two and a Half Men, Coyote Ugly, and Detroit Rock City, just to name a few, and she took some time to chat with RT about her own favorites. With that in mind, here are Melanie Lynskey’s Five Favorite Films: 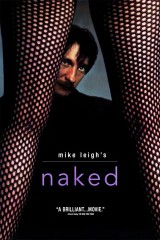 I guess the first one would be the Mike Leigh movie, Naked. The performances in the movie are so great. David Thewlis — it’s just one of the greatest performances I’ve ever seen. And the movie — they improvised to find a script. They improvised for months and months, and then Mike Leigh writes a script based on the improv, and you can tell that it’s come from such a pure place, because it’s natural for all the actors, but it’s also just the — walking around London, and it’s just incredible. And also, my favorite actress of all time is Katrin Cartlidge, and she’s in that movie. She’s ridiculous in it, she’s so good. 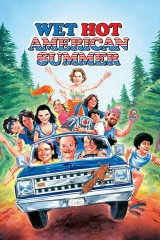 Possibly the next one would be Wet Hot American Summer. It’s probably a movie I’ve seen more than the other one. And it’s funny. The cast is insane. There’s so many great people and they’re all at their absolute funniest. There’s so many moments of absurdity that really get me; they just make me giggle so much. It’s so, so, so funny. I’ve watched it a million times.

I take it you’ve watched the show also?

Yes, and I actually just did a little part on the show, and — oh my God. I said to my fiance when I came home — you know when you see actors being interviewed there in the new Star Wars movie, and they’re like, “I can’t believe I got to be a part of this world that I’ve loved for so long?” And I was like, “This is like me doing Star Wars.” 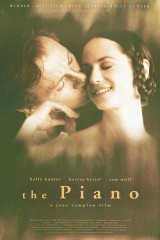 Would be in the top five. Because I’m from New Zealand, and the movie was very impactful when I saw it. It was so incredible to see a story about the beginnings of my country of New Zealand. Well, not the beginnings, because there were indigenous people there, but when the settlers came, it’s just such an interesting story to see. And also, it was all filmed around where I grew up, and I’ve never seen a movie that was filmed in the part of the world that I grew up in. And Jane Campion is one of my favorite filmmakers. 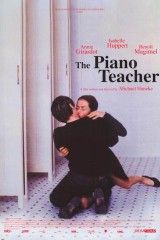 It’s a very, very intense movie. Isabelle Huppert, I think, is the greatest living actress. She goes on such a crazy journey in this movie. It’s an incredible performance, and it’s just an impeccably made movie. It’s a perfect movie. You haven’t seen it? Oh, you need to watch it. It’s so intense and so disturbing. Nobody does that kind of glowing sense of dread like Michael Haneke, where you just feel it coming and you’re like, “Oh god, oh my god, what’s going to happen?” I think he’s such a master.

Did you talk to him?

I did. I went up and I just said, “You are one of my favorite filmmakers,” and he said, “Thank you, thank you.” He was very nice.

I do like disturbing things. Even Wet Hot American Summer is pretty disturbing. 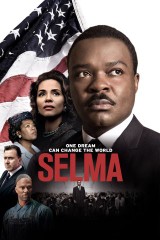 It’s a pretty recent movie but Selma, the Ava DuVernay movie from a couple of years ago. I just can’t remember seeing a movie and it being so clear to me that it was a masterpiece. I mean, I felt similarly about Moonlight this year — I was just like, “Oh, it’s incredible.” But usually movies take a minute to settle with me, and as I was watching Selma I just was like, “This is a masterpiece. This is an incredible movie.” The story is so powerful and the performances are incredible. And it’s made with such clarity and such passion. I think she’s one of the great film makers.

Kerr Lordygan for Rotten Tomatoes: How did you get involved with XX?

Melanie Lynskey: I know Annie [Clark,”The Birthday Party” segment director] a little bit socially, and she sent me an email one day and said, “I’ve written a short film.” I didn’t really know what it was for, but she said, “Do you want to do it?” And I read it and I thought it was so odd and so cool, and I like her so much, so I just said, “Yeah, let’s do it,” and it was really, really fun.

RT: It looked fun. How long did it take you to do that short?

RT: And you have to play opposite a corpse, which is probably challenging.

Lynskey: Yeah, but he was a stunt man, so he was very good at carrying some of his own weight so I wasn’t dragging — because it actually would not be possible to drag a body — like, he was dragging it. It wouldn’t be possible, so it was really nice that he was helping me.

RT: But it added to the weird factor.

RT: The very ending of “The Birthday Party” is funny. What’s your takeaway of this short, where it came from, and why it’s in XX?

Lynskey: I honestly don’t know where it came from, but to me, the horror in it — because it’s not a traditional horror movie, but it just felt like the pressure that women feel to hold everything together, even in the craziest circumstances. That, to me, felt like where the true horror came from. Because she’s not acting rationally in that situation. Why would you carry on with a birthday party that she just feels such a pressure to get it right? And it’s just so funny to me that she’s trying to do everything perfectly, and she’s going around straightening everything, but she never gets out of her nightgown.

Lynskey: Yeah, all that stuff is very scary.

RT: And that’s why is so interesting that it’s in a horror anthology; I thought that was really interesting. I’ve never seen something like that before.

Lynskey: Yeah, it was very original. I was really excited when I read it. Also, Annie [also known as singer/songwriter St. Vincent] is such a creative genius, and she has so much play, and her own costumes and style. And there’s so much comedy in her music — and so much drama — and I just feel really proud of her that she was able to translate that into a completely different medium. It also made me have full confidence that she would be able to.

RT: I see elements of music video production in it, but that’s part of why it’s scary. It’s very brightly lit. It’s like every day. That’s what’s so creepy about it.

Lynskey: Yeah, and also at the end of the movie, she was doing an homage to that crazy music video for “Black Hole Sun” which is so terrifying.

RT: What else can we look forward to from you? I know you mentioned Wet Hot American Summer.

Lynskey: Oh yes, that was really fun, but I just have a tiny little part. I have a movie coming out on Netflix on February 24th, that I really love a lot, called I Don’t Feel At Home in This World Anymore.