Matt Ryan to Play John Constantine in an Episode of Arrow

Plus, David Lynch Will Direct All of Twin Peaks

MATT RYAN TO REPRISE HIS ROLE AS JOHN CONSTANTINE ON ARROW 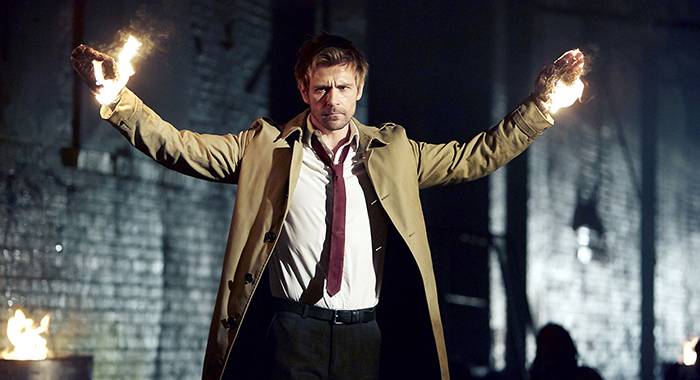 Constantine lives! Kind of. The title character of NBC’s canceled comic book adaptation series is headed to Starling City. When NBC gave Constantine the ax after the 13-episode first season, fans campaigned for the show to get revived on another network, and while that never came to pass, fans will get a chance to see the character again when Matt Ryan reprises his role as John Constantine on a one-shot episode of Arrow.

During The CW’s executive session, network President Mark Pedowitz confirmed the cameo, saying that the inter-network crossover was made possible by the fact that CW’s parent company Warner Bros. acted as a production company on the NBC show. In a press release, the network described how the character will fit into the world of Arrow. “He is a detective, magician, and a hunter of demons, and will provide critical support to Oliver (Stephen Amell) when arrows aren’t enough.”

DAVID LYNCH WILL DIRECT EVERY EPISODE OF TWIN PEAKS 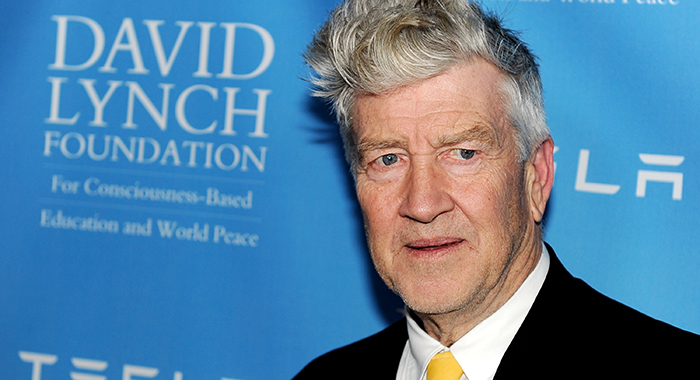 Now that Showtime and David Lynch have settled their disputes about the new season of Twin Peaks, it’s full steam ahead for the network and the visionary series creator. Lynch will write and produce the revival series alongside Mark Frost, as well as direct all the episodes. Speaking to the press during the Showtime executive session, Showtime president David Nevins announced a September start date for Twin Peaks in the hopes that the series will debut in 2016.

While Nevins couldn’t confirm the exact amount of episodes, there will definitely be more than nine, which is what the series was originally planned and budgeted for, and why there was a delay in development. While Nevins was reluctant to provide any specifics about what to expect, he did promise answers to lingering questions from the original series run, a return for “familiar faces… as well as some big surprises.”

SUPERGIRL WON’T CROSSOVER WITH ANY OTHER DC SHOWS… YET 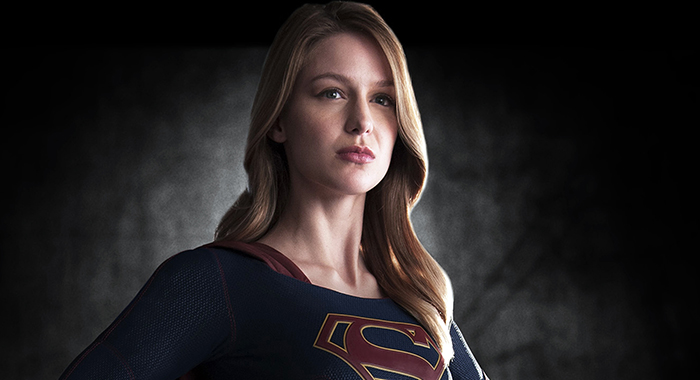 Supergirl is the latest in a string of Warner Bros’ DC Comics-inspired TV series, following behind The CW’s Arrow and The Flash and Fox’s Gotham, but as of now, CBS has no plans to crossover with the other shows in the comic universe. During the network’s executive session at TCA, CBS Entertainment Chairman Nina Tassler said that while they are planning promotional crossovers between the networks, they “have not yet had conversations” about inter-series character crossovers.

The news comes as a bit of a surprise, given how successful crossover episodes have been for Arrow and The Flash, but speaking to the press after her presentation, Tassler clarified that while they “always stay open” to the possibility, they’re currently not pursuing crossovers out of a respect for the unique universes the characters inhabit. So, while you can expect some references to Kara’s cousin Superman in the first season of Supergirl, don’t expect to hear a Starling City name drop anytime soon. However, you can expect to see some new DC characters populating the show — executive producer Andrew Kreisberg named General Lane, the Red Tornado, and the Kryptonian villain Non as confirmed characters for the first season.

BRADLEY COOPER HAS “EVERY INTENTION” OF RETURNING TO LIMITLESS 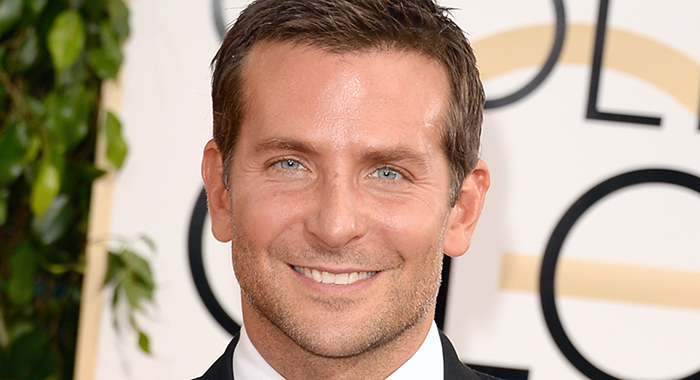 Oscar-nominated actor Bradley Cooper surprised audiences when he announced he would revive his character Eddie Morra in the new CBS series Limitless. Based on the 2011 sleeper hit, the new spin-off series stars Jake McDorman as a man who discovers a super-pharmaceutical, called AZT, that grants him temporarily heightened mental abilities, such as a four-digit IQ and the ability to recall everything he’s ever seen, read or heard.

While Cooper’s jam-packed schedule prevents him from being a regular player on Limitless, the actor was actively involved in the creation of the series and has “every intention of coming back,” said executive producer Craig Sweeny. EP Alex Kurtzman agreed that Cooper was “very involved in…the critical DNA of the show,” in a number of ways, from major story tweaks to championing McDorman for the lead role.

As for Cooper’s character, Eddie Mora, he’s using his AZT-enhanced abilities to pursue the presidential office. Sweeny described Mora as a “mysterious figure whose agenda is very, very unclear. You can’t tell if he’s good or if he’s bad.”

KENDRICK LAMAR WILL BE THE FIRST MUSICAL GUEST ON COLBERT 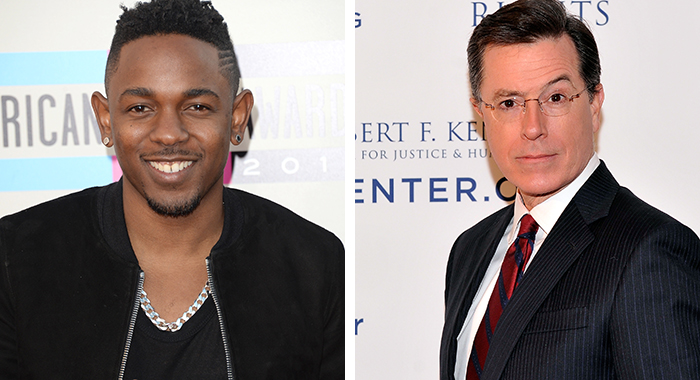 During The Late Show presentation at CBS’ TCA tour, Stephen Colbert addressed the press regarding his plans for the new incarnation of the classic late-night television program. The comedian, who is shedding his Colbert Report persona for his new late-night gig, announced that his first musical guest will be the hip-hop sensation Kendrick Lamar.

Colbert also spoke about the immense creative freedom CBS has afforded him in the development of his talk show. “CBS has asked nothing of me other than I fill an hour every night Monday through Friday,” he said, “But that’s it. They haven’t asked me to change or do anything. They like the show I used to do, and they said,’Would you mind adding another 120 hours a year?’ Honest to God.”

The comedian also sent out a humorous plea to presidential candidate Donald Trump, “Please stay healthy until I get on the air. Don’t do anything dangerous. Don’t ride any motorcycles, because every night before I go to bed, I light a candle and pray that he stays in the race, and I also pray that no one puts that candle anywhere near his hair.” 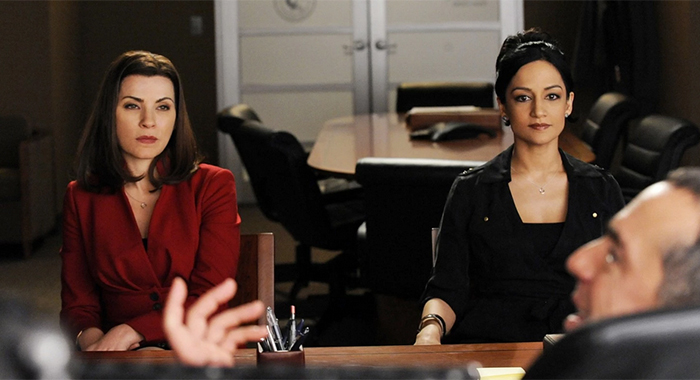 Fans were scandalized when word came out that The Good Wife‘s season six finale reunion between Julianna Margulies‘ Alicia Florrick and Archie Panjabi‘s Kalinda Sharma – the first time that the characters shared the screen in more than a year – was thanks to the magic of CGI. CBS chairman Nina Tassler stood by the controversial decision while addressing the press at TCA. “I’m not going to reveal movie magic,” said Tassler. “The ending was very satisfying for the relationship between those two characters. I stand behind how (series creators) Robert and Michelle King produce their show.” The scene acted as a send-off for Emmy-winning Panjabi, who departed from The Good Wife after six years on the show.

Speaking about how the show will fare in the absense of Panjabi’s beloved character, Tassler confidently stated, “”I feel that the show still has raised the bar in terms of the quality of storytelling… the year that Robert and Michelle have planned is as exciting as all the previous years, even more so.”