This week’s Ketchup brings you more headlines from the world of film development news, covering new titles like The Bodyguard, Wonka, and a whopping seven Marvel movies. 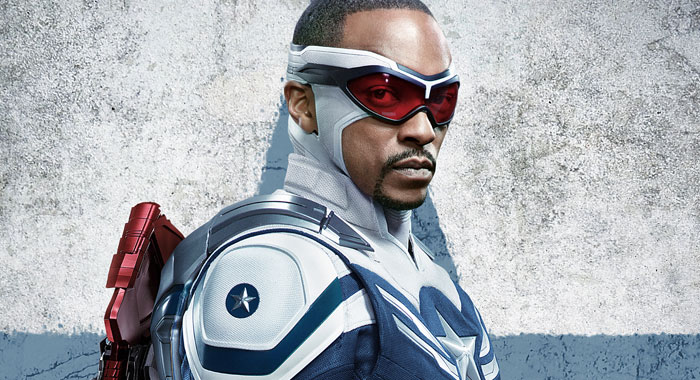 Marvel fans continue to wait patiently (and sometimes, not so patiently) for official word about when Marvel Studios will finally start releasing Fantastic Four and X-Men movies after the rights to do so transitioned to Marvel following the Disney/Fox deal in 2019. We still don’t have specific deals for any of those movies, but there are now so many “mystery” movies on Marvel’s slate that fair money suggests they might be coming soon. That’s because Marvel announced four release dates in 2024 for untitled “mystery” movies this week, on February 16th, May 3rd, July 26th, and November 8th. Those four movies, whatever they are, join another three mystery films scheduled for 2023 on July 28th, October 6th, and November 10th. Of those seven movies, there are a few known feature films that we can guess might be included (that don’t have dates yet), such as Blade, Captain America 4 (starring Anthony Mackie), Deadpool 3, and Fantastic Four. The first X-Men movie could also be among those seven, and that would still leave two more slots for… something else (perhaps New Avengers or Shang-Chi 2). Whatever these seven movies are, they will be coming out after Eternals (11/5/2021), Spider-Man: No Way Home (12/17/2021), Doctor Strange in the Multiverse of Madness (3/25/2022), Thor: Love and Thunder (5/6/2022), Black Panther: Wakanda Forever (7/8/2022), The Marvels (11/11/2022), Ant-Man and the Wasp: Quantumania (2/17/2023), and Guardians of the Galaxy Vol. 3  (5/5/2023). You can read here for a full breakdown of everything coming in the MCU, as well as key details for each project.

1. CHRISTOPHER NOLAN TAKES HIS TALENTS TO UNIVERSAL FOR HIS ATOMIC BOMB MOVIE

Not counting his first two feature films (Following and Memento), Christopher Nolan has spent the majority of his career directing films for Warner Bros., including three Batman movies and, most recently, Dunkirk and Tenet. It was over Tenet that Nolan had a falling out with Warner Bros. that included Nolan referring to HBO Max as the “worst streaming service.” It was in that light that the news broke last week that Nolan was in the process of shopping around his next film, a drama about atomic bomb innovator J. Robert Oppenheimer. That search came to a quick end this week with the news that Nolan landed the project at Universal Pictures with an eye towards filming starting as soon as the first quarter of 2022. The deal between Nolan and Universal came with several stipulations, including a $100 million budget, a 100-day theatrical window (in a time when most movies are only getting 30 or 45 days, or none at all), 20 percent of the first dollar gross, and a blackout period of three weeks before and after during which Universal will not release another film. (And as this article implies, Nolan presumably won’t be disparaging Peacock anytime soon.)

2. DISNEY COMMITS TO THEATERS FOR ETERNALS, ENCANTO, WEST SIDE STORY AND OTHERS

As the COVID-19 pandemic continues to have a dampening effect on theatrical box office, one strategy studios attempted this year (most notably by Warner Bros./HBO Max and Disney/Disney+) was to debut their films “day and date” both theatrically and on streaming. Over the Labor Day weekend, Disney attempted a different approach with Shang-Chi and the Legend of the Ten Rings, and the result was a record-breaking $94 million. Apparently based on that success (relative to the impact of COVID-19) — and, presumably, to avoid any other potential Scarlett Johansson situations — Walt Disney Pictures confirmed this week that several of their upcoming 2021 films will be released exclusively in theaters for either 45 or 30 days. The animated musical Encanto (11/24/2021) will have a 30 day window, while most of the others, including The Last Duel (10/15/2021), Ron’s Gone Wrong (10/22/2021), Marvel’s Eternals (11/5/2021), Steven Spielberg’s West Side Story (12/10/2021), and the spy prequel The King’s Man (12/22/2021) will all have 45 day exclusive windows before going to streaming.

We’re still a month away from Dune (Fresh at 88%) being released (in the USA), but star Timothée Chalamet is already preparing to star in another big budget movie for Warner Bros. After years of speculation, Chalamet was ultimately the actor who landed the lead role in Wonka, the prequel about the earlier life of Willy Wonka from Roald Dahl’s novel Charlie and the Chocolate Factory. This week, Jordan Peele’s comedy partner Keegan-Michael Key became the prequel’s second cast member, though we don’t know what role he will play (certainly not an Oompa-Loompa). Wonka will be directed by Paul King, who is coming to the prequel with impressive critical acclaim following his work on both Paddington (Certified Fresh at 97%) and Paddington 2 (Certified Fresh at 99%). Warner Bros. has scheduled Wonka for release on St. Patrick’s Day, March 17, 2023.

4. WILDWOOD TO BE NEXT STOP-MOTION ANIMATED FILM FROM LAIKA

It generally takes years for a movie to be developed and produced, but it’s especially lengthy, on average, with animation. Consider, for example, the news back in 2011 that LAIKA, the stop-motion company behind movies like Coraline (Certified Fresh at 90%) and Kubo and the Two Strings (Certified Fresh at 97%), was developing a movie called Wildwood. To put things in perspective, in 2011, Coraline was the company’s only released film, preceding ParaNorman in 2012, The Boxtrolls in 2014, Kubo and the Two Strings in 2016, and Missing Link in 2019. Wildwood was finally confirmed this week as being LAIKA’s next stop-motion film, with company co-founder Travis Knight directing (after taking a detour to direct Bumblebee, Certified Fresh at 90%). The Hansel & Gretel-reminiscent film will be an adaptation of the first book in the Wildwood fantasy children’s novel series by Colin Meloy, who is also the lead singer of the indie band The Decemberists.

Naomi Ackie, who played Jannah in Star Wars: The Rise of Skywalker, will soon star as pop star Whitney Houston in the biopic I Wanna Dance with Somebody (12/23/2022), which could lead to a resurgence in fan interest in her music and legacy. Houston’s biggest starring role in a movie was 1992’s The Bodyguard (Rotten at 32%) (opposite Kevin Costner as the title character), and a remake has been in development at Warner Bros. since 2011. The remake got a new shot of creativity this week as the Tony-winning playwright Matthew Lopez (The Inheritance) has come aboard to start a new rewrite draft. According to Variety, some of the pairings that have been considered for the remake include Thor: Ragnarok stars Tessa Thompson and Chris Hemsworth, and Cardi B and Channing Tatum. Another possibility might be Lizzo, who took to TikTok this week to respond to fans who fancast her in the remake (opposite Chris Pine). Warner Bros. has made no  official casting announcements as of yet.

Sam Richardson is an actor who joined HBO’s Veep in season 3 and recently co-starred with Chris Pratt in the Amazon Prime sci-fi action movie The Tomorrow War (Rotten at 52%) and the video game adaptation Werewolves Within (Certified Fresh at 86%). Now, Richardson is signed to star in an action comedy called Stranded Asset for Universal Pictures, which Pratt is producing via his Indivisible Production company. The premise is being kept “under wraps,” but the title itself suggests something possibly involving an intelligence “asset” who is “stranded” somewhere dangerous, but that’s just this writer’s guess. Stranded Asset was written by screenwriter Jen D’Angelo, who also wrote several episodes of Workaholics (Fresh at 86%) and has the sequel Hocus Pocus 2 coming soon on Disney+.

7. MARC MARON IS YOUR NEXT LEX LUTHOR (IN DC LEAGUE OF SUPER-PETS)

Comedian and podcasting innovator Marc Maron had a supporting role in Joaquin Phoenix’s Joker, and now he’s getting his own chance to play the archenemy of one of DC’s major superheroes. Maron will provide the voice of Lex Luthor in next year’s DC League of Super-Pets (5/20/2022), joining an animated voice cast that already includes Dwayne Johnson (Krypto the Super-Dog), Kevin Hart (Ace the Bat-Hound), Keanu Reeves, Vanessa Bayer, Jameela Jamil, John Krasinski, Diego Luna, Natasha Lyonne, and Kate McKinnon. Maron broke the news on his podcast in his latest episode with guest Steve Buscemi.

It was nearly ten years ago that we first heard about a sequel to Twins (Rotten at 43%) called Triplets entering development, with both Danny DeVito and Arnold Schwarzenegger returning and their long-lost third brother to be played by Eddie Murphy. Murphy apparently dropped out some time ago, but the producers have finally found their third Triplets star in another Saturday Night Live alumnus, Tracy Morgan. Triplets will start filming in the Boston area in January, 2022, and the project is currently being shopped around at the Toronto International Film Festival market looking for distribution deals. Twins director Ivan Reitman, whose son Jason Reitman recently directed Ghostbusters: Afterlife (11/19/2021), will also direct Triplets. In related news, Shadowhunters star Dominic Sherwood recently wrapped filming of the direct-to-video Eraser: Reborn, a reboot of the 1996 Arnold Schwarzenegger action movie Eraser (Rotten at 38%).