Grindhouse fake trailer Thanksgiving will be made into a real movie, the Workaholics movie gets canned, and new projects for Kerry Condon, Oprah Winfrey and Kerry Washington, William H. Macy, and More.

This week’s Ketchup brings you more headlines from the world of film development news, covering such titles as the M3GAN sequel and Kingdom of the Planet of the Apes.

M3GAN IS GETTING A SEQUEL 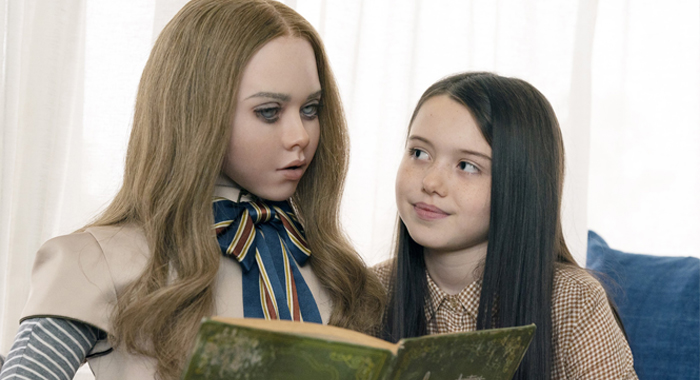 The first hit movie of 2023 (also one of the first movies, period, of 2023) was the creepy doll thriller M3GAN (Certified Fresh at 95%) with a domestic opening weekend box office of over $30 million, thanks to a savvy marketing campaign that included a troupe of eight M3GAN dancers at the Rams/Chargers game. Although there are no details yet (including a title, although lots of ideas like MEG4N and M3GAN$ appeared in social media this week), Universal, Blumhouse, and Atomic Monster are reportedly already developing a sequel. It’s much too early for casting news, but star Alison Williams has already spoken at length about the possibility in this interview.

The 2007 double feature movie Grindhouse (Certified Fresh at 84%) also featured four fake trailers for movies that did not exist at the time, one of which, Machete (Certified Fresh at 71%), eventually went on to become an actual feature length film (with a sequel to boot). We may never get feature length versions of Edgar Wright’s Don’t or Rob Zombie’s Werewolf Women of the SS, but director Eli Roth (Cabin Fever, Hostel) is now finally preparing to direct a feature-length version of the holiday-themed slasher Thanksgiving. Roth is expected to start filming Thanksgiving in March, working from a screenplay by Jeff Rendell, who played “The Pilgrim” in the original Thanksgiving fake trailer. In the meantime, Lionsgate has recruited another director, Tim Miller (Deadpool) to handle reshoots of their video game adaptation Borderlands, starring Cate Blanchett, Jack Black, Kevin Hart, and Jamie Lee Curtis.

2. WILLIAM H. MACY JOINS KINGDOM OF THE PLANET OF THE APES

3. KERRY CONDON IS GOING FOR A HORROR MOVIE NIGHT SWIM

Irish actress Kerry Condon is currently a nominee for various awards for her supporting role as the sister Siobhan in The Banshees of Inisherin (Certified Fresh at 97%). Winners each year regularly see an upswing in their careers as they land post-awards roles, but Condon landed one this week (on the morning before her Golden Globes category went to Angela Bassett for Black Panther: Wakanda Forever). Condon and Wyatt Russell (US Agent in Marvel’s The Falcon and the Winter Soldier and the upcoming Thunderbolts) will star in the Universal/Blumhouse/Atomic Monster horror film Night Swim (1/19/2024), which writer/director Bryce McGuire will adapt from his own short film about a horror lurking in a backyard swimming pool.

One of the stories in the last Weekly Ketchup of 2022 was that Tyler Perry had made a deal with Netflix to adapt the true World War II story of the only all-African-American female battalion in the war effort, the 6888th Central Postal Directory Battallion, who were tasked with handling the millions of backloged letters waiting to reach their destinations. Just a few weeks later, that project, Six Triple Eight, now has four stars in Kerry Washington (who will also executive produce), Oprah Winfrey, Susan Sarandon, and Sam Waterston, as well as several other actors. Netflix has not yet announced which real life historical figures each star will be portraying.

5. AUNJANUE ELLIS CAST IN CASTE: THE ORIGINS OF OUR DISCONTENT

Aunjanue Ellis has kept consistently busy since the 1990s, often in supporting roles, but it’s only in the last year or two that she’s really started getting a lot of awards attention for her roles in King Richard (Certified Fresh at 90%) and HBO’s Lovecraft Country (Fresh at 88%). This week, Ellis landed the lead role in Caste: The Origins of Our Discontent (final title pending), which will be an adaptation of the non-fiction book by Pulitzer Prize-winning author Isabel Wilkerson that argues that racism is a part of a historic caste system in the United States. Caste will be directed by Ava DuVernay (Selma), who also adapted the screenplay. Aunjanue Ellis will next be seen in this year’s adaptation of the Broadway musical The Color Purple (12/20/2023).

Just last week, Irish actor Paul Mescal landed the lead role in director Ridley Scott’s sequel to Gladiator, and this week, Mescal landed another ambitious role, as he has replaced Blake Jenner (Glee) in director Richard Linklater’s long-planned adaptation of Stepehn Sondheim’s musical Merrily We Roll Along. What makes Merrily We Roll Along truly ambitious is that Linklater intends to film scenes from the musical over the course of the next 20 years, so we won’t see the finished film until sometime around 2043 or so. Mescal’s co-stars will include Beanie Feldstein and Ben Platt.

Even as Peacock and showrunner Dan Harmon are preparing for the long-anticipated resolution to the “six seasons and a movie” promise made to Community fans, another fan-favorite show’s movie was scrapped by its own streamer this week. The show in question was Comedy Central’s Workahalics (Fresh at 86%), the movie version of which was scrapped this week, just five weeks before filming had been scheduled to start. Workaholics star and co-writer Adam Devine took to Instagram, expressing that “we are deeply butt hurt by this decision because we were so excited to bring the weird one last time.” The project is reportedly now being shopped around to other streamers, as it was scrapped by Paramount+ because Workaholics doesn’t “fit their new ‘global’ strategy,” according to Devine. 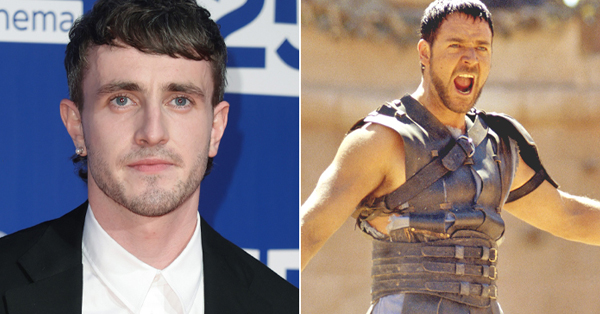