Going through Witcher withdrawals? Catch star Henry Cavill in his best roles or indulge in some of TV and streaming's best fantasy offerings. 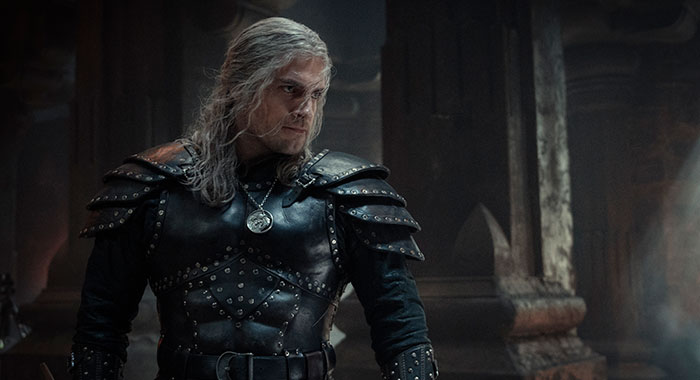 Season 2 of Netflix series The Witcher has given fantasy fans life this holiday season. The series follows the adventures of monster-hunter Geralt of Rivia (Henry Cavill) and the sorceresses he loves. Based on Polish author Andrzej Sapkowski’s popular book series — which also spawned a hugely popular video game franchise — the program found its narrative footing in its s second season and further established the storylines for fan-favorite characters like Ciri (Freya Allan) and Yennefer (Anya Chalotra) while expanding the show’s lushly brooding universe.

It’s a safe bet that The Witcher is Netflix’s most-successful original fantasy series to date. The program’s second season racked up 142 million hours streamed in its first week on the platform. Those big numbers solidify the series’ standing, which has already been renewed for a third season at Netflix.

Waiting for a new season can be tough, so if you’ve finished binging season 2 of The Witcher and are itching for more Cavill or simply require killer monster-hunting fun in your life, here are 10 fantasy shows and movies to watch next.

The Witcher: Nightmare of the Wolf is The Witcher’s first official spinoff. The animated movie ventures far into the past and follows a man named Vesemir (Theo James), whose name may sound familiar to fans of Netflix’s flagship series as he was the one who trained Cavill’s Geralt. In this standalone tale, Vesemir is on the hunt for an insidious beast that stalks the forested area near the kingdom of Kaedwen. The drama that unfolds finds Vesemir’s future put in the balance as Lady Zerbst (Mary McDonnell) and a sorceress named Tetra (Lara Pulver) discuss whether it’s best they rid the world of witchers entirely.

Tom Cruise, bombastic action sequences, and jaw-dropping stunts — these are just a few things audiences have come to expect from a Mission Impossible movie. Fallout delivers on those fronts while also standing out in the franchise as the first installment to be a direct sequel to its previous movie, Mission: Impossible – Rogue Nation. Ethan Hunt (Cruise) and his team get into the usual tricky espionage mess with Cavill delivering a brutishly violent performance that stands out as one of his best. He plays August Walker, a towering spy sidekick assigned to make sure Ethan doesn’t stray from the mission. To say that they butt heads would be putting it mildly.

Where to watch: streaming by subscription on Paramount+ and on demand for sale (Vudu) or rent (Amazon, Apple TV, others)

Castlevania follows Trevor Belmont, our main monster-fighting hero, as he ventures on a quest to stop Dracula – the evil vampire who killed his wife Lisa – from destroying all of humanity as we know it. The series is chock full of the horror and action one would expect from an anime adaptation of the iconic games. But what makes it stand out from the pack, aside from the visceral gore that permeates the show’s fight sequences, is the fact that, while the program is mostly inspired by Castlevania III: Dracula’s Curse, the show picks and chooses story elements and characters from the entries in the game series to create a unique world all its own.

Where to watch: Netflix, 4 seasons

Monster-hunting is in Geralt’s blood and considering the found family dynamic that plays out in season 2 with Ciri, it makes complete sense to add Supernatural to this list. Sam (Jared Padalecki) and Dean Winchester (Jensen Ackles) are in the business of battling demons, vampires, werewolves, angels, and more. The monster-of-the-week formula of the series was just one of the reasons why the CW program lasted as long as it did. Supernatural is built on the emotional bond between the hero brothers and has a wonderful sense of humor that permeates many of the program’s episodes. It may have been a network television series, but the horror and sci-fi elements featured throughout the series, along with the show’s memorable characters and deeply complex mythology, make it a worthy watch for any Witcher fan.

Where to watch: Netflix, 15 seasons

It’s about time a different member of Sherlock Holmes’ family gets the spotlight. Enola Holmes followed through on that notion by putting Sherlock’s younger sister (played by Millie Bobby Brown) front-and-center for her own adventure. Based on the YA novel series by Nancy Springer, the Netflix movie finds the precocious sibling getting into a fair share of trouble while solving a mystery or two of her own. It’s worth pointing out that there are no monsters to kill in this movie; however, Henry Cavill does show up as the most dashing, jacked Sherlock Holmes we’ve seen on-screen since Robert Downey Jr. took part in a bare-chested brawl in Guy Ritchie’s 2009 film.

It may be that you watched The Witcher because you loved Game of Thrones. When the Netflix fantasy epic first dropped, Game of Thrones comparisons were tossed around with reckless abandon. And that is understandable, given the fact that the HBO series completely changed how genre television worked. Game of Thrones set the standard for fantasy world-building and explored dysfunctional family dynamics and political complexities that exist within the grandiose fictional realm known as Westeros. It is built upon the existing fandom of George R.R. Martin’s books and, over the course of eight seasons, held court as one of the most popular television shows across the globe — much like The Witcher’s pre-existing book and video game fan base. Oh, and if you’re looking for some epic monster battles, the show is chock full of dragons, has a pesky red witch to deal with, and the White Walkers are simply terrifying.

Where to watch: HBO Max, 8 seasons

The Wheel of Time is Amazon Prime Video’s first big-budget fantasy series. Based on Robert Jordan’s best-selling books, the show follows Rosamund Pike as Moiraine, a formidable Aes Sedai (a woman who can channel the One Power), as she goes on a journey to find the Dragon Reborn — the latest manifestation of a person, man or woman, with the skill to take on the Dark One, resulting in either humanity’s salvation or its destruction. The program’s Chosen One motif has sparked many comparisons to Lord of the Rings (the books drew huge inspiration from J.R.R. Tolkien’s work), and The Wheel of Time holds recognizable genre details — monsters, large battles, magic, an epic road trip, and more — that will surely appeal to viewers plagued with Witcher withdrawals.

Cavill’s portrayal of Superman was the introduction, for many audiences, to the charm and emotional depth the actor regularly brings in his work. He first appeared in Man of Steel, bringing a sense of purpose, but also vengeful rage, to the superhero story. The follow-up, Batman v Superman: Dawn of Justice, further complicated matters as he tried to clear his name while facing off against the Caped Crusader, bringing the two comic book heavy-hitters together on the big screen along with Wonder Woman (DC fans’ first look at Gal Gadot as the character), and opening up DC’s cinematic universe, in the process. Zack Snyder’s Justice League found Cavill reuniting with Ben Affleck‘s Batman and Wonder Woman in the four-hour-long installment – DCEU’s longest-running release to date. As polarizing as these movies have been among fans, it’s easy to see why Cavill has returned to the role of Superman again and again. He’s just that fun to watch.

Where to watch: HBO Max

The Tudors is not a fantasy series, nor are there any otherworldly beasts that need to be defeated here. This is a work of historical fiction that follows the exploits of King Henry VIII (Jonathan Rhys-Meyers). So why is the show on the list? Cavill, of course. He plays Charles Brandon, the 1st Duke of Suffolk, and a close friend of King Henry. The show has a fair share of political intrigue, brutal action, and lascivious drama. And if you’re in need of more Cavill on your television screen, you really can’t go wrong by plugging into The Tudors to get your fix.

Where to watch: Showtime, 4 seasons

No monster-fighting list would be complete without 1981’s Clash of the Titans. The movie brought Greek mythology to the big screen and followed Perseus (Harry Hamlin), the son of Zeus (Laurence Olivier), as he pursues the quintessential hero’s journey to battle a cavalcade of monsters in order to rescue Princess Andromeda (Judi Bowker). Ray Harryhausen’s stop-motion effects are a true highlight here. If you’re keen on a Greek mythology double feature and/or prefer CGI and don’t mind their low Tomatometer scores, try 2010’s Clash of the Titans remake starring Sam Worthington as Perseus and Liam Neeson as Zeus or Tarsem Singh’s 2011 film Immortals, with action and big monster battles and starring a frequently shirtless Cavill as Theseus and Luke Evans as Zeus. You’ll thank us later.

Where to watch: HBO Max