What will happen when Loki faces off against Loki? A new episode opens that portal.

Now, the culprit is revealed and the scheme is in motion. But does Loki (Tom Hiddleston) truly see himself in it? Or is he as lost as the rest of us? The second episode of Loki continues to build the satisfying double act of Loki and Mobius (Owen Wilson) while offering a greater understanding of the Sacred Timeline. But it also adds a few more questions as the timeline itself is imperiled.

Let’s take a look at what we now know about Loki to see if we can gain some clarity on The Variant’s plan.

Spoiler Alert: The following reveals details of Loki season 1, episode 2. Stop here if you have not watched “The Variant.”

The Variant Appears To Be a Lady Loki 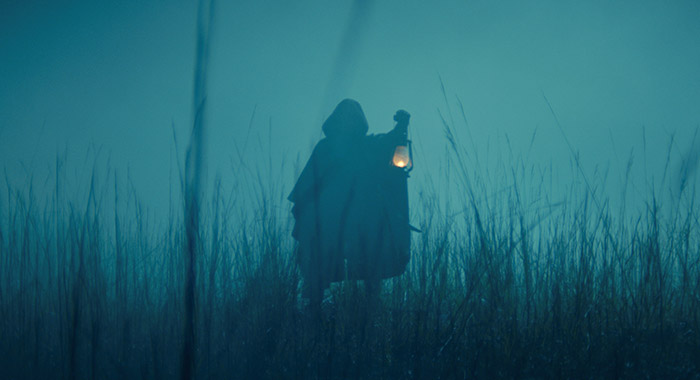 Let’s start with The Variant herself — “she/her” are the pronouns we’ll use until the series offers greater clarification. As many suspected, Sophia Di Martino is the dangerous variant of Loki the TVA has been hunting. The clues have been there for a while, from Disney refusing to identify Di Martino’s part to various outlets noting the established Lady Loki of Marvel Comics. Even Loki‘s own publicity materials seeded the notion that the God of Mischief is gender-fluid. Then there was the delightful touch of The Variant first speaking via the voice of Hunter B-15 (Wunmi Mosaku), all but confirming the later reveal.

But even with The Variant seemingly presenting as female, there is always the possibility of misdirection — right down to her even being a variant Loki. For the moment, we’re going to assume she is, in fact, a version of him. During the first mission briefing, Mobius and B-15 went out of their way to note Loki variants present with various forms and powersets. And, as we suggested last week, every choice from Loki’s birth to Odin adopting him to his action through the first Avengers film (at least) offers a wide array of Lokis for the TVA to deal with. In fact, Loki variants are a constant part of their caseload.

The Variant is peculiar, though, because she cannot be brought to book the way most variants or even our Loki has. Why is that?

One option: The Variant is really the Loki who seemingly died in Avengers: Infinity War. If that’s the case, her/their actions are meant to happen even if they seem to have a detrimental effect on the Sacred Timeline. It also means she is as much a prisoner of fate as the title variant; something we hope she is raging against. Another option, which we touched upon last week, is that she’s a Loki from the Multiversal war who is somehow beyond the Time-Keepers’ awareness. Marvel Comics stories are filled with remnants of old mutliverses, from Galactus to “He Who Remains” — the consciousness who devised the Time-Keepers to begin with. The Variant could originate from the chaos before the Sacred Timeline. Restoring that chaos also seems like a good motivation for her actions.

The Determinism of the Timeline 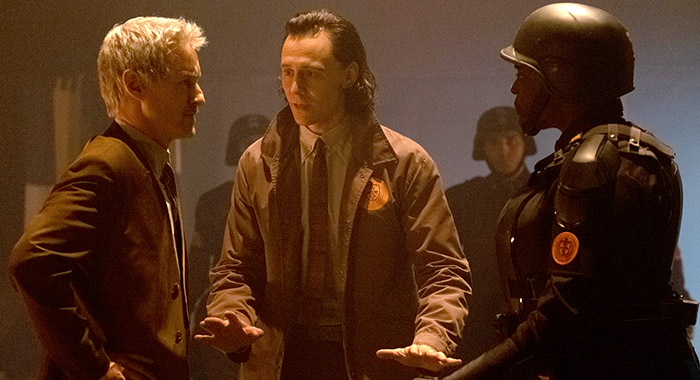 Before we look at The Variant’s possibly motives, though, let’s focus on the TVA itself for a moment. The determinism of the Sacred Timeline — and the way it seemingly has a religious pull on its staff — is important to one of the series’ key themes. Throughout the episode, Loki is reminded that he is a villain. The TVA’s position on The Variant comes from the belief that her actions can only be motivated by evil. And although no one says it too loudly, the Sacred Timeline suggests a lack of free will in the universe.

But is that the case? Last week, we mentioned that in a meta-narrative sense, the characters’ free will is an illusion because they are, ultimately, characters on a television show. Within the show’s reality, though, the question of free will is seemingly answered by the very possibility of variance. If people are able to choose actions beyond the Time-Keeper’s perception of the timeline, than free will is real. It also means someone like Loki can grow beyond their predetermined role. Considering the Loki of Marvel Comics lore has raged against the idea that he must be the villain, it seems likely the title character of this series and The Variant might be trying some other possibility than being the bad guy.

Also, the seeming religious certainty the Sacred Timeline offers means TVA staff do not question their own origins. Like Loki, we have to wonder if it is true. Are they all creations of the Time-Keepers or are they variants themselves held over to function in an elaborate bureaucracy meant to preserve the purity of time? This is Marvel after all; mind-wipes and installing new personas are far from difficult.

Hunter C-20’s (Sasha Lane) freak-out in the Roxxcart store gave us the impression she started to remember who she really was before the TVA, but her repeating of phrases may just be an after effect of whatever the Variant did to learn the location of the Time-Keepers. Also, Loki’s questioning of Mobius’ interest in the jet skis also leaves us wondering if, perhaps, Mobius had a conventional existence as a jet ski retailer in some multiversal 1990s.

Granted, we could easily be wrong here. Time travel shows allow for a lot of possibilities and this is just one we’re entertaining as it ties into the thematic conflict between a deterministic universe and a Multiverse of options.

Loki Within the Scheme 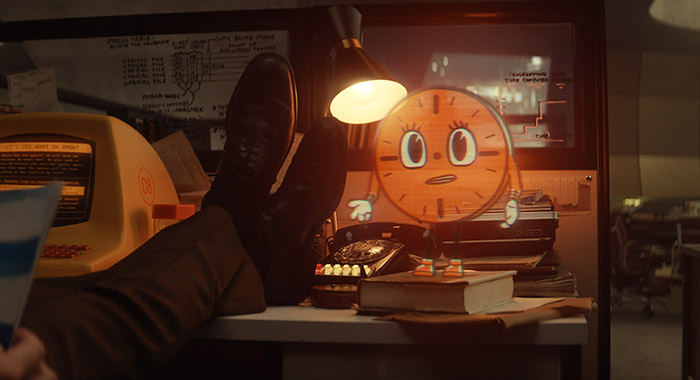 We are on Loki’s side here. At least to the extent that we’d like to believe our actions are our own and not the dictates of a trio of space lizards. And it seems The Variant’s scheme is to destabilize the Sacred Timeline beyond repair using the TVA’s own reset charges. The effect of the literal time-bomb is yet to be seen, but we imagine it is, at least in part, a distraction while The Variant pays the Time-Keepers a visit.

And, oddly enough, isn’t that exactly what Loki’s been trying to do since he gave up on the Tesseract last week? But why reach their location? This is where The Variant’s motive gets cloudy. She told Loki she has no interest in controlling the TVA. But then again, Loki lies, so overseeing the Sacred Timeline and running everything could be her objective. That would make her predictable, though, and therefore part of the Time-Keepers’ grand design.

Simply killing them would, at the very least, allow for branching timelines going forward even the time-bomb seems to be attacking all of the Sacred Timeline. Then again, removing the Time-Keepers ability to perceive the “correctness” of the timeline would have tremendous tactical advantage. The Variant could win against the Avengers and rule Midgard, for example. But that still casts her in the villain’s role; doomed to play antagonist even outside conventional time.

Curiously, the Time-Keepers have occupied an antagonistic role in the comics from time to time, so their intentions here are always suspect. Their motive in these clashes with the Avengers and other protagonist is often just simple survival — they alter time to keep themselves in a position of power. That may be the case here. We only have the TVA’s delightful Miss Minutes (Tara Strong) to go by, so her account of the Multiversal War may be highly skewed. If that’s the case, is The Variant actually heroic here? For the moment, let’s assume this is true. It is possible The Variant knows something about the war we’ve yet to discover and that could be the reason for her attacks on the TVA?

Since next week’s episode will be the half-way mark, we expect some sort of pivot to occur and for Loki’s understanding of the wider universe to change again. At that point, will he even be interested in ruling anything? Will The Variant be willing to ally with him at that point?

Spoiler Alert: The following reveals details from the Marvel comics that some may consider spoilers for how the series may unfold. Stop here if you don’t want to read possible future plot points. 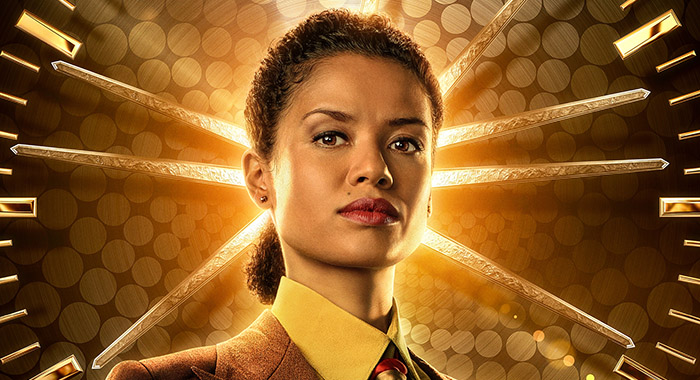 Speaking of the wider universe, it’s time to talk about Kang the Conqueror (to be played by Jonathan Majors in Ant-Man and The Wasp: Quantumania) as this week’s potential call to other parts of the Marvel Cinematic Universe. Last week, the episode closed with hunters identifying a 31st-century artifact as the branching anachronism — Kang originally hailed from that century. Then there is the resemblance of one of the Time-Keepers to Kang’s best known visage. In the comics, he has a long association with Ravonna Renslayer (played by Gugu Mbatha-Raw on Loki). He is also a well-known time traveler, despite his despotic rule of 41st-century Earth, whose journeys led to variant Kangs polluting the timeline. He also has one other fantastic connection to an upcoming Marvel Studios project, but is his presence already being felt in this series?

One possibility: Kang is one of the other operatives Ravonna mentioned while grilling Mobius about the failure of Loki’s first field mission. He may even be the one who gave Ravonna that Franklin D. Roosevelt High School pen. Then again, that resemblance to one of the Time-Keepers may see him revealed as part of the trio, if not the sole Time-Keeper. Ruling the entire timeline may appeal to this version of Kang even if the Kang of the comics prefers to be out in the open. And as this is a time travel show, it is also possible the Kang we might see here is at the end of his journey and trying something more altruistic.

Then again, Kang could just be Loki‘s Mephisto and another red herring generated by Internet speculation. But as Ravonna presents one solid connection to him — via the comics, anyway — it is possible he will matter before the end.

And like Kang, the second episode of Loki gave us a lot of possibilities to ponder. Hopefully, more clarity will come as The Variant and Loki make their way to the Time-Keepers and they get their chance to offer testimony. In the meantime, we’ll continue to wonder if any Loki can escape their seeming destiny as the villain.