Hollywood Icons Share the Fun of Their New Netflix Dramedy

In Netflix’s original series, Grace and Frankie, Jane Fonda and Lily Tomlin play two septuagenarians who are thrown together after their husbands drop a major bomb: law partners Robert (Martin Sheen) and Sol (Sam Waterston) are leaving Grace and Frankie to marry each other. What follows is the inevitable fall-out of this double divorce, leaving Grace and Frankie as two single women for the first time in 40 years (and their exes finally about to come out as who they really are). At times comedic, and at other times heart-wrenching, Grace and Frankie shines the spotlight on aging, fulfillment, and relationships in a new way.

Rotten Tomatoes attended a roundtable with Fonda and Tomlin, who discussed why they were attracted to the project, what it says about change, and how they relate to their characters — Grace (Fonda) the uptight perfectionist, and Frankie (Tomlin) the free spirit.

It’s been 35 years since Tomlin and Fonda starred in Nine to Five together, though their careers have crossed paths since. “I’ve even scrounged her into one of my TV specials,” Tomlin said. “We’d just finished Nine to Five so we were really a hot commodity.” Longtime friends, both Fonda and Tomlin were enticed by the premise of Grace and Frankie, and, in particular, how it would focus on people in their age group.

“Way before it happened… my partner and I might be trying to develop something that has to do with older people,” Tomlin explained. “When my agent called me and said, ‘Are you trying to do something with Jane?’ I said, ‘Yeah, sure. We’d like to.’ Then he brought [writer Marta Kauffman] to us and she gave us the notion of her idea. After that we jumped in with both feet.”

Tomlin and Fonda have proven their comedic chops over the decades, but being able to do a show that is both comedy and drama is more fun for them. “I think that’s always been kind of the hallmark of the kind of comedy I’ve done,” Tomlin said. “Everything is not all funny and everything is not all sad… It’s exciting. You have to switch emotions. I’ve always thought it was just different spots on the continuum anyway.”

It’s that balance that Fonda hears about the most in the feedback to Grace and Frankie. “One of the things that we keep hearing from people who’ve seen a number of the episodes is how surprised they are with how real it is and how poignant it is sometimes,” Fonda said.

Change Is Good — in Hindsight

When we first meet Grace and Frankie, their lives are in complete upheaval — and it’s not as though the emotions quickly subside. But for Tomlin and Fonda, it’s the aerial view of these life-changing events that matters — even if it can’t be appreciated in the moment. “You think you’re going to die because it’s so painful and sad when a relationship comes to end,” Fonda said. “Then, after a while, you begin to realize, ‘Whoa. I’m kind of seeing a whole new possibility about who I can be that never would have happened if that person hadn’t abandoned me.'”

“I think it can be so organic that you almost don’t even notice that it’s happened,” Tomlin said about changing into a new person. “It’s not like you’re following it along and observing it… You turn over.”

There is a scene early in the season where a store clerk ignores Grace and Frankie to talk to a pretty young woman. Starting out as humorous encounter, it eventually turns to genuine exasperation for Fonda’s character who’s tired of feeling invisible. It serves as an encapsulation of the show’s purpose: placing older women at the forefront of the narrative.

“We both get enough scripts to know that when you’re an older woman you tend to be… the brunt of a joke,” Fonda said.

“I always resented that,” Tomlin added. “I didn’t like that. If a woman didn’t have autonomy, if she was somebody’s grandmother and they made her into like a doddering little old lady who just put up with stuff and was vague, that just rubs me the wrong way.”

Fonda and Tomlin Relate to Grace and Frankie

So what is it about these characters specifically that attracted Fonda and Tomlin? For Fonda, it was the restrictive nature of Grace’s life. “I [Grace] care about how I look. I have to be thin and all that s—. Then, when it’s all taken away from me, I fall apart because I don’t know who I am. Little by little, I begin to discover, with Frankie’s bizarre help, that it’s really about a whole lot of other things that I never really thought about before. I like that part of Grace and I identify with it.”

“I like Frankie’s interest in a lot of things. She makes yam vaginal lubricant,” Tomlin said. “She paints, even though she doesn’t appear to be much of a painter. She just won’t give it up. I like all that. And I like that she’s forgiving of Sol.”

Grace and Frankie premieres on Netflix this Friday, May 7. See reviews here. 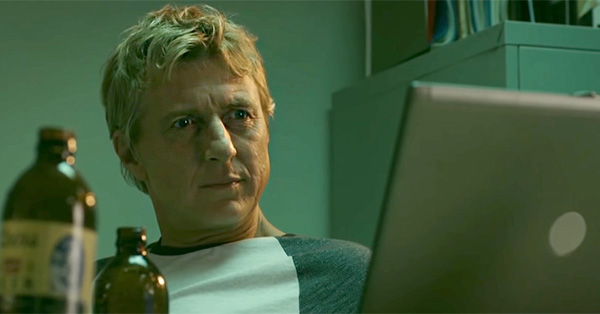