Hulu will examine the marriage of Pamela Anderson and Tommy Lee, while Matthew Rhys will adapt Dark Horse Comic Wyrd. Plus, Samuel L. Jackson will star in The Last Days of Ptolemy Grey limited series for Apple TV+, and more of the week’s top TV and streaming news. 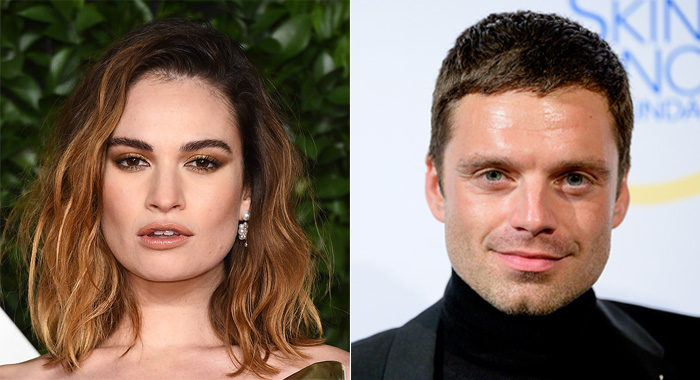 No, not that kind of video, though it’s a safe bet that that video will certainly be part of the storyline in Hulu’s upcoming eight-episode limited series about the tumultuous marriage between Baywatch star Pamela Anderson and Motley Crue drummer Tommy Lee.

Lily James and Sebastian Stan are in talks to play the couple, who were married on February 19, 1995, after knowing each other for four days. They wed on a beach, with Anderson’s mother finding out about the nuptials from People magazine.

Before their 1998 divorce, Anderson and Lee had two sons and saw a homemade sex tape of their honeymoon aboard a yacht stolen and go viral, and he was sentenced to six months in jail after being arrested for spousal abuse.

Neither celeb is involved with the Hulu project at this time. Seth Rogen and Evan Goldberg are producers on the project, which is being written by The Founder and The Wrestler screenwriter Rob Siegel. (Deadline) 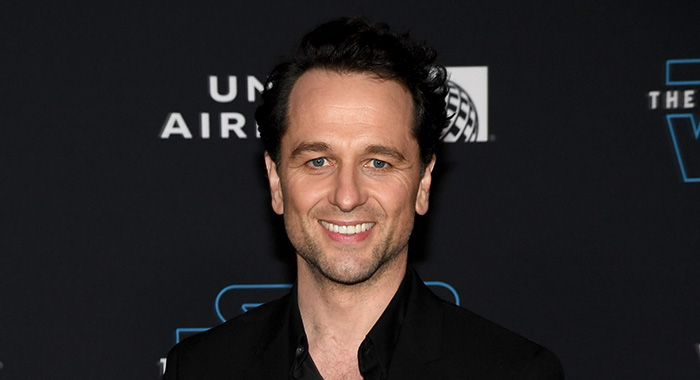 Emmy-winning The Americans star Matthew Rhys is starring in and co-executive producing (with his Americans and real-life wife Keri Russell) the FX drama Wyrd, based on the Dark Horse comic about “the ultimate immigrant” – an extraterrestrial – who has been sent to earth to investigate, but wasn’t retrieved by his space-mates. His only option: to try to fit in with the humans, while also trying to find a way home. Up in the Air writer Sheldon Turner will write the series.

Dark Horse describes the four-issue comic book, which debuted in 2019 and was created by Curt Pires and Antonio Fuso, as “James Bond meets The X-Files.” Pitor Wyrd’s human occupation is private detective, one who never ages, and who will take on even the most unusual cases, if the pay is right.

If you think there’s nothing else to learn about Paul McCartney and The Beatles, this project may convince you otherwise: Beatles legend Paul McCartney is collaborating with super music producer Rick Rubin for a six-part, still untitled docuseries that will cover McCartney from the time he got his first guitar through the Beatles’ superstar success. (Deadline)

The project, which marks the first time the Beatles’ music masters have ever left Abbey Road, already has a teaser (above).

NEW TRAILERS: Resident Alien: Alan Tudyk Is an E.T. Who Tries to Pass as an Earthling With a Disguise and Law & Order Knowledge

Resident Alien, based on the Dark Horse comic, stars Alan Tudyk going full Alan Tudyk (and that is such a good thing) as the titular E.T., who tries to fit in as a small-town Colorado doctor (with a fondness for Law & Order). Also stars Corey Reynolds and Alice Wetterlund. Premieres Jan. 27 (Syfy) 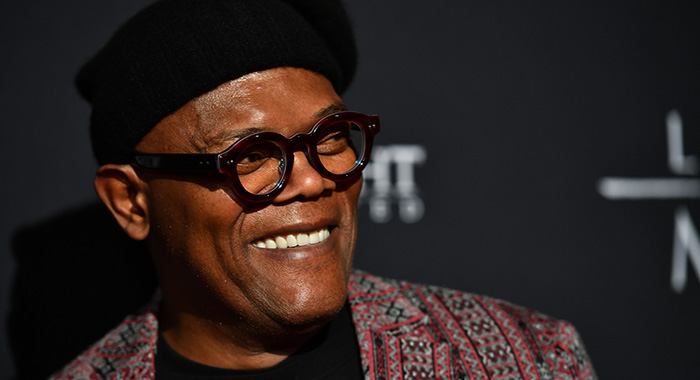 Two Samuel L. Jackson TV series in two weeks … what are the mother … what are the odds? Last week it was announced that the Oscar winner will reprise his Nick Fury role for the Disney+ Marvel miniseries Secret Invasion. This week comes news that Jackson will play the title role in The Last Days of Ptolemy Grey, about a 91-year-old dementia-stricken man, forgotten by family and friends, who gets one chance for a period of lucidity which allows him to solve the mystery of a family member’s death and make peace with his past. The story is adapted from Walter Mosley’s novel of the same name. Mosley will adapt his own book for the series.

HBO’s Game Of Thrones prequel series House of the Dragon has added Doctor Who and The Crown star Matt Smith to the cast. He’ll play Prince Daemon Targaryen, the heir to the throne and the younger brother to King Viserys. Olivia Cooke (Ready Player One) and Emma D’Arcy (Truth Seekers) have also been cast, playing Alicent Hightower, daughter of the Hand of the King, and Princess Rhaenyra Targaryen, the dragon-riding oldest daughter of the king, respectively.

Read More: “Everything We Know About Game Of Thrones Prequel Series House of the Dragon“ 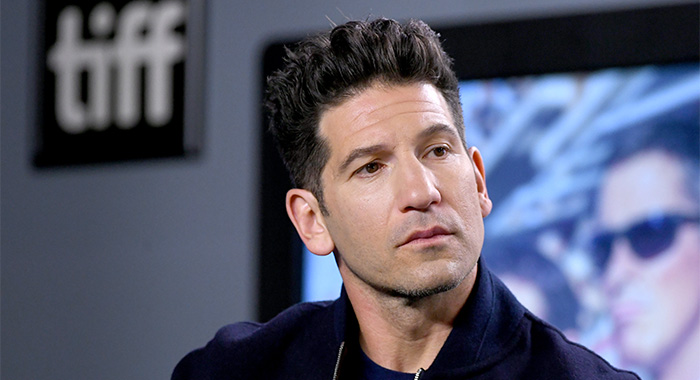 Punisher and The Walking Dead alum Jon Bernthal will star in Showtime’s series sequel to the 1980 Richard Gere film American Gigolo. Bernthal will play Julian, Gere’s character, 18 years after he was arrested for murder. Rosie O’Donnell will play Det. Sunday, who finds herself drawn back into a re-opened murder case she thought she had solved, and Gretchen Mol plays Julian’s former girlfriend, Michelle. The series is written and directed by Ray Donovan showrunner David Hollander.

Kate Beckinsale has replaced Isla Fisher in the upcoming Paramount+ dark comedy Guilty Party, playing a disgraced journalist who’s pinning her redemption hopes on the story of a woman sentenced to life in prison for murdering her husband, a crime she claims she didn’t commit. (Deadline)

Big Little Lies star Jeffrey Nordling has joined the cast of The CW’s Walker, playing a friend of the Walker family and a successful businessman who is “fast talking and all grins and finger guns” and “Austin’s finest string puller.” (TV Insider)

King of Queens and Alias alum Merrin Dungey will join the final season of Netflix’s Lucifer as a cop who forms a surprising bond with Amenadiel, while Deadpool star Brianna Hildebrand will play a trouble-making angel who wants to follow in Lucifer’s footsteps. (EW) 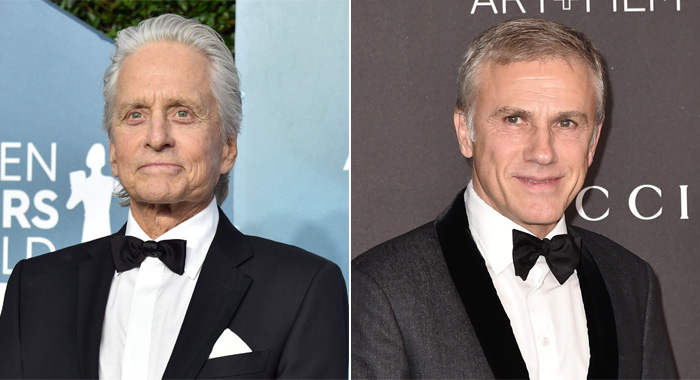 Michael Douglas and Christoph Waltz will play Ronald Reagan and Mikhail Gorbachev in an in-development limited series adaptation of the book Reagan at Reykjavik: Forty-Eight Hours That Ended the Cold War from Reagan’s arms control director Ken Adelman. The series, directed by House of Cards, Billions and Glengarry Glen Ross director James Foley, is being prepped to shop to networks and streaming services.

Jamie Bell and Margaret Qualley will star in Fred & Ginger, an Amazon movie about legendary dance team Fred Astaire and Ginger Rogers. The End of the F-cking World creator Jonathan Entwistle will direct.

NBC is developing a reboot of the 1984-92 comedy Night Court, with Emmy-winning original series star John Laroquette set to star. The Big Bang Theory star Melissa Rauch, a childhood fan of the series, will executive produce the sequel, which will find Abby Stone, the daughter of original series lead character Harry Stone (the late Harry Anderson) as the optimistic judge presiding over the night shift of a Manhattan arraignment court. Laroquette, who won four Emmys as smarmy prosecuting attorney Dan Fielding in the original, will again play Fielding, and The Unbreakable Kimmy Schmidt’s Dan Rubin will write and serve as an executive director on the project.

Meanwhile, Fox has given a straight-to-series order for a contemporary reboot of the 1977-84 ABC series Fantasy Island, about a magic island where visitors go to have their fantasies fulfilled. The late Ricardo Montalbán and Hervé Villechaize, starred in the original, which was followed by a short-lived revival series in 1998 and a 2020 horror film adaptation. Liz Craft and Sarah Fain (The 100, The Shield, and Lie to Me) are developing the new series, set to debut in summer 2021.

And, as DJ Khalid would say, another one: a Little House on the Prairie reboot! Paramount TV Studios and Anonymous Content are teaming to reboot the 1974-83 NBC drama based on Laura Ingalls Wilder’s classic book series. And please let this part come true: Alison Arngrim, who played deliciously wicked Nellie Oleson on the series, suggests she is the perfect age to play equally rotten Mrs. Oleson in the reboot. Couldn’t agree with that potential casting more. (EW)

And another: Blair Underwood is set to return to the world of LA Law, reprising his role as lawyer Jonathan Rollins. The project is being developed for ABC by Marc Guggenheim, Ubah Mohamed, and Anthony Hemingway. (Deadline) 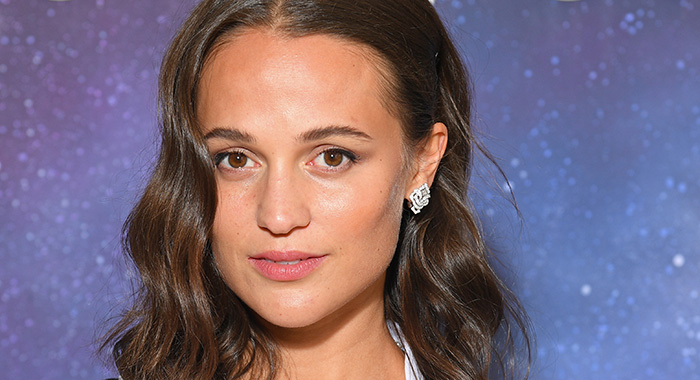 Alicia Vikander will executive produce and star in the HBO/A24 limited series Irma Vep, about an American movie star (Vikander) who, unhappy about her career and a recent failed romance, signs on to star in a French remake of the silent film Les Vampires, but finds herself blurring the lines between fact and fiction with the character she’s playing.

Christopher Walken, who recently signed on for his first regular TV series role in Apple TV+’s Severance, has now joined the cast of The Offenders, a British crime thriller created by The Office co-creator Stephen Merchant and Mayans M.C. co-creator Elgin James. The series revolves around seven strangers from various walks of life who are sentenced to completing a community service project.

The New York Times bestselling memoir One Life, by soccer champ Megan Rapinoe, will be adapted for a TV series from Sony Pictures Television. The book covers Rapinoe’s career as a World Cup champ and Olympic gold medalist. (Deadline)

Universal Content Productions (UCP) is developing Super Freak, a series about the late “Super Freak” singer Rick James. The series would chronicle James’ legendary career and soulful funk tunes, legal and drug woes, and memorable appearances on Chappelle’s Show. No network or streaming service is yet attached to the project, which is being written by Notes From a Young Black Chef writer Randy McKinnon.

And finally, before you’re warmed by your annual viewing of A Charlie Brown Christmas, take a look at Conan O’Brien’s re-edit of the special into It’s 2020, Charlie Brown!, complete with a reference to that Cardi B and Megan Thee Stallion song that would not exist in the Peanuts universe.