Why the trippy X-Men series is starting over, and when you can expect more dancing (hint: it's soon). Plus, a note on Fargo and his upcoming film Pale Blue Dot.

Viewers new to Legion aren’t at much of a disadvantage to fans who obsessed over the entire first season. Noah Hawley’s X-Men series is so trippy, often ambiguous, and focused on tone that you might still be unlocking its secrets after multiple viewings.

Legion is a sort of origin story of David Haller (Dan Stevens), who, in comic books, becomes a mutant with big hair named Legion. In season 1 of the show, David is in a psychiatric institution after a childhood of powers-related trauma. If one felt possessed by other consciousnesses, institutionalization would be the real-world treatment, but this is the world of Legion— absorbing consciousnesses is one of David’s mutant powers.

Just when things started to make sense — relative to Legion — David got sucked into an orb in the post-credits scene of the season finale. Season 2 finds David one year later in Division III custody, so David is back to piecing together his missing past again, at least for the last 362 days. The good news is, Hawley agrees this is the perfect time to jump into Legion. 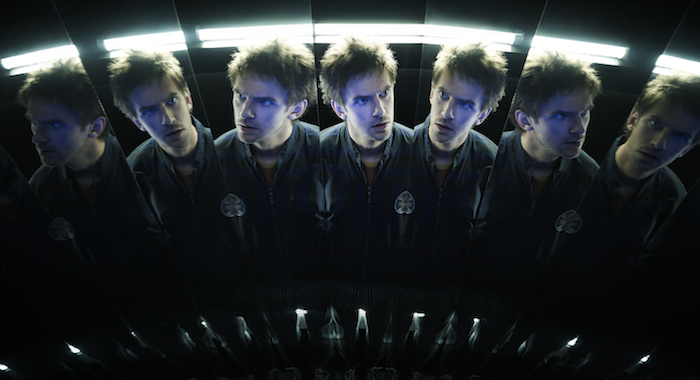 “If you look at that first season, what actually happened, it’s not a lot of plot on a lot of levels,” Hawley said. “David was worried he was mentally ill and then it turned out he had this other consciousness inside of him. They got it out for him and now it’s out there on the loose, and they’ve got to go get it. You could know that and you would be just as oriented as someone who’s watched the first season.”

That demonic parasite was Amahl Farouk, the Shadow King. In season 1 Farouk appeared as the devil with the yellow eyes in David’s visions. In season 2, Navid Negahban plays Farouk’s true form.

“That’s not to say there aren’t masks from time to time, but now it’s time to invest in him as a character,” Hawley said. “No one should just be a villain. You have to be able to understand the world from his point of view as someone who was basically kicked out of his body, kicked out of his home by David’s dad and went into David’s body. From his point of view, he’s the good guy and that’s always more interesting.” 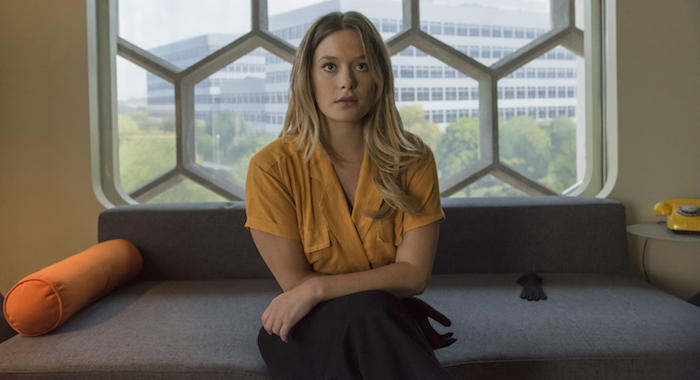 Legion could be a different show from week to week, so drastic changes between seasons aren’t totally out of character. Division III were villanous agents in season 1, trying to capture David for his powers. Now David’s friends — Syd (Rachel Keller), Melanie (Jean Smart), Cary (Bill Irwin), Kerry (Amber Midthunder) and Ptonomy (Jeremie Harris) — have teamed up with Division III to stop Farouk.

“I always feel like a new season of a show is an opportunity to reinvent the show on some level, which doesn’t work for every show,” Hawley said. “I think it works for this one. I don’t think you would want to watch Game of Thrones and have Game of Thrones be a different show. You want it to be what you want it to be. Breaking Bad’s hallmark [was] it’s in real time, and you’re going to pick up the moment you left off for the most part. This isn’t that show.”

Even upon reinvention, most of the things you loved about Legion are still there, and sometimes even more of them. Everyone loved the Bollywood dance number, so there’s more dancing in season 2. David was still tracking Oliver (Jemaine Clement) and Lenny (Aubrey Plaza) at the end of season 1, so when he finally finds them, it’s all expressed on the dance floor with no words. Episode two has a song Oliver and Lenny sing. 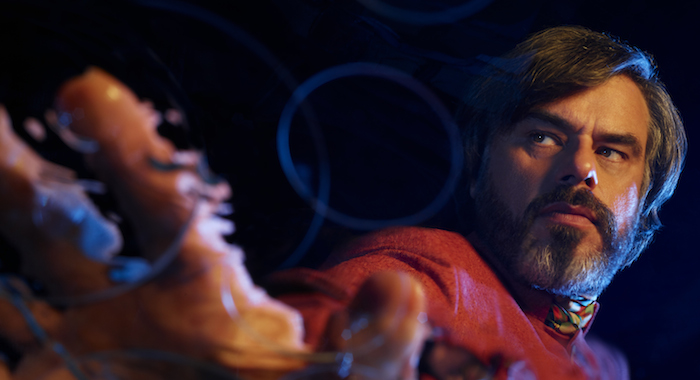 In the X-Men movies, action is usually Wolverine going berserk or Magneto flying bridges or stadiums. That’s not how Legion will do action.

“On those moments where the characters crash against each other, and he crashes against his own inner demons, that feels like action to me,” Hawley said. “I feel like the season is building towards these moments where plot and character come together because the plot is basically which path is David going to take? Is he going to be a hero? Is he going to be a villain? Has the damage he suffered doomed him? Can he overcome those things?” 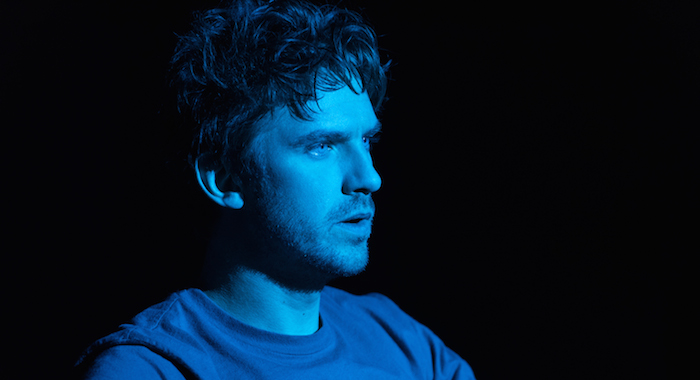 So can dialogue be action? When your main character is a mutant with multiple consciousnesses, yes.

“David can be in a dialogue scene with himself,” Hawley said. “Now suddenly that inner monologue becomes an outside conversation.”

The visual manifestations of David’s mind gave Legion some trippy visuals like a giant volume knob and entire episodes taking place within the span of a single gunshot. Tune in to season 2 for frozen people with chattering teeth, something you can never unsee or unhear.

“It’s a way to try to make stillness into something dynamic,” Hawley said. “Certainly a bunch of people standing around like statues can be scary if executed the right way, but the teeth adds a visceral and sonic quality to it. It’s unnerving because it’s not behavior that people are supposed to do. We know innately what’s natural and what’s unnatural. There’s something so unnatural about it that I think it has a visceral impact on the audience.” 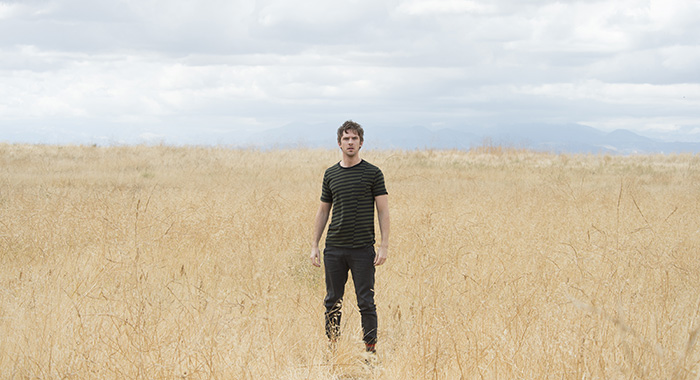 Other visuals are more pleasant, like boats carrying waffles in a restaurant. David wakes up asking for waffles, so you gotta get the man some waffles.

“When you’re thinking about sets, all right, Division III, they need a place where they can have a conversation,” Hawley said. “I start thinking about those Japanese sushi restaurants you’ll see with the boats. I thought that’s interesting because it has movement to it now. It’s dynamic and it was a great set that Michael Wylie built, really fun to film in.” 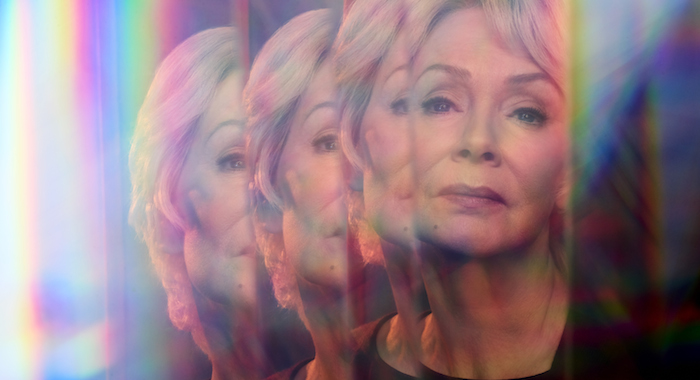 “Sometimes you write the first half of a sentence and you gotta finish it,” Hawley said. “Those words, ‘vacant,’ which means empty, and ‘lot,’ which is often used to mean the opposite: to have a lot of something. I don’t know, ‘You have a whole lot of nothing.’ Her delivery was so great it made me feel smarter.”

Between Fargo and Legion, Hawley has been working nonstop. He hasn’t ruled out a fourth season of Fargo, but with shows like these he can only focus on one at a time.

“I feel like I have an idea, but it’s something I’m seeing mostly out of the corner of my eye at this moment,” Hawley said of Fargo. “I haven’t started to open it up and figure it out.”

Hawley is also embarking on a film career. He is set to direct Pale Blue Dot starring Natalie Portman and Jon Hamm.

“It’s a movie sort of based on a true story of a female astronaut who comes back to Earth and she melts down a bit,” Hawley said. “For me, it’s a great tableau to explore a lot of ideas about her character and that experience of going out into space. We don’t send poets into space. We send left-brain engineer types, and they have these celestial experiences that they don’t know how to articulate a lot of the time. You just learn that no matter how complicated the universe is, it’s still simpler than life on Earth.”