Kevin Smith Raises the Stakes in Masters of the Universe: Revelation

Making Skeletor scary and bringing a darker tone to the universe, which includes beloved '80s cartoon He-Man and the Masters of the Universe, made sense to both the Clerks creator and Netflix. Plus, Orko is now cool.


Masters of the Universe, both as a toy line and 1980s cartoon, holds a peculiar place in the modern fandom economy. Those who remember it as more than just an obvious 30-minute toy commercial do so with a special fondness. Beyond key characters like He-Man and Skeletor, they hunt down mint condition examples of puntastic figures like Buzz-Off, Clawful, and Man-E-Faces, and support more modern toys from the likes of Mattel and Super7.

But unlike many of its contemporaries, MOTU remains somewhat niche without a major motion picture success  – despite one being in development for decades ­– or an animated update capturing the imaginations of the next generation of fans. 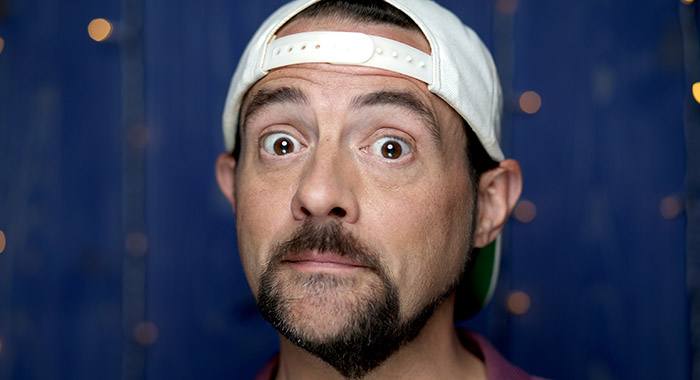 Netflix’s new Masters of the Universe: Revelation may finally kick-start the second major wave of MOTU fandom. But as executive producer Kevin Smith recently told Rotten Tomatoes, its first job is to key into the minds of those who were there in 1983 and held aloft their love for the concept ever since.

“Mattel television and Netflix said to me, ‘We want to make a series for the people who love the old series,’” he explained. An upcoming series, He-Man and the Masters of the Universe, will start over from scratch, leaving Revelation more of a free hand to “do something that completely honors the franchise, honors the toys, [and] sequelize, spiritually, the show.” 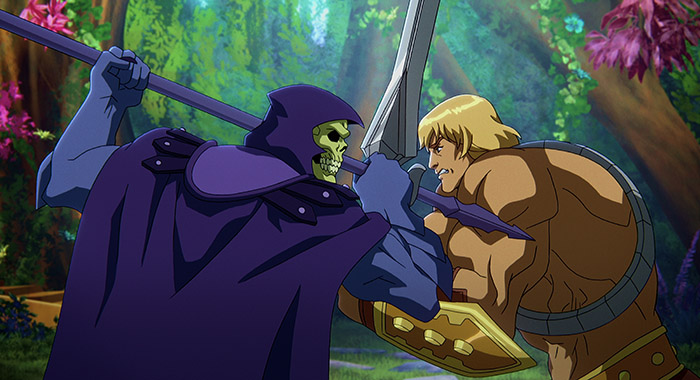 And boy does it. Taking its cues from Filmation’s 1980s series, He-Man and the Masters of the Universe – although, because of a complicated series of acquisitions and rights issues, don’t expect to hear the cartoon’s iconic title theme – Revelation moves the story past the stalemate of the original cartoon with Skeletor (voiced by Mark Hamill) finally getting the upper-hand on He-Man (Chris Wood). In the process, he alters the balance of power on their planet, Eternia and the original series’s status quo – and that’s just the first 10 minutes!

Skeletor’s actions reframe his bumbling in the ’80s cartoon as a sort of long-con against the defenders of Castle Grayskull. To Smith, making Skeletor more of a figure of menace was key to story.

“Number one: Skeletor is visually one of the best villains of the 20th century, right up there with Darth Vader and stuff. Everybody knows the guy. Even if you don’t know f—ing Masters of the Universe, you know Skeletor and what he looks like,” he said. 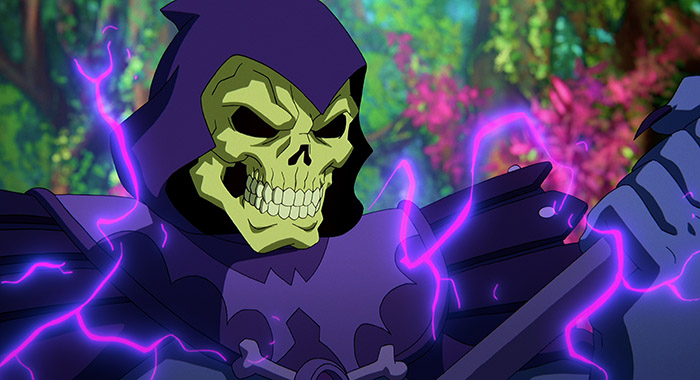 But that imagery, inspired by toy designer Mark Taylor’s childhood memory of seeing an actual mummified corpse at an amusement park, was always at odds with his persona on the cartoon, which turned him into a high-pitched buffoon to appease stringent regulations for children’s programming at the time. And though subsequent MOTU projects, like the low-budget Cannon feature film and the short-lived 2002 animated program, made Skeletor a darker presence, his presentation from the ’80s remained definitive. Smith made presenting him as a figure of menace a key part of his pitch to Mattel and Netflix.

“He always wanted to see this version of Masters of the Universe,” Smith said. 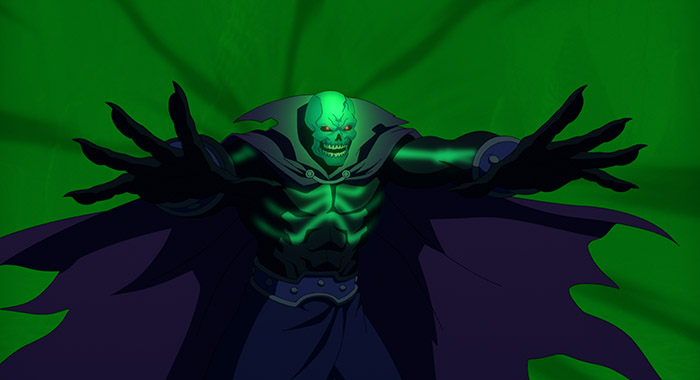 In their initial meetings, the executive talked about the sensation of jeopardy the old cartoon conveyed to younger viewers despite being outwardly silly. To his mind at the time, it was possible for Skeletor to win. Only with as he grew older did he come to understand why that would never be the case on the Filmation show. Nevertheless, the experience of that potential jeopardy stayed in his mind.

“The dude kind of charged us with recreating a memory, if you will, of [that] feeling,” Smith said. And as viewers will see, jeopardy is definitely part of Masters of the Universe: Revelation. There are big shake-ups and, indeed, revelations that will surprise fans of the old show: from the selection of featured characters to the way it incorporates ideas from other MOTU projects. 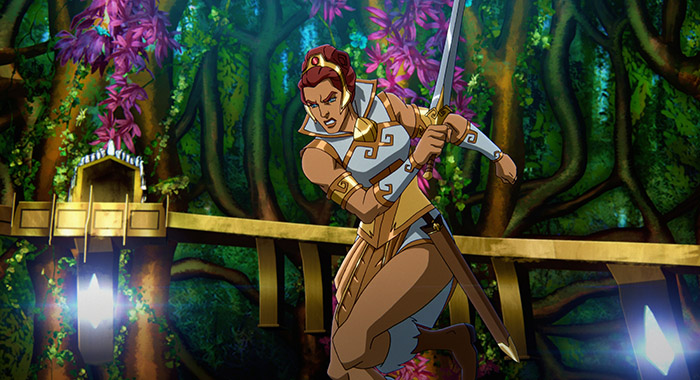 Another of the program’s interesting twists is its focus on Teela (Sarah Michelle Gelllar), a member of He-Man’s inner circle despite being denied key secrets about the world around her. When she learns about one of them at the beginning of Revelation, it sets her on a new path. According to Smith, giving her a bigger role in the series was part of a desire on both Biaselli’s and Mattel’s part to give the other characters more of their own individual stories. Or, as Smith phrased their request: “Look, we love that He-Man sells, but we got a bunch of f—ing toys. So use all the characters.” As it happens, a lot of Teela’s story was already suggested by ideas in the toys and the 1980s series. But the format of both meant she could never find resolution – something which is possible in Revelation.

“We started diving into the Teela of it all, man, and then realizing like, ‘oh, s—, this is a story of betrayal,’” Smith said.

Fans of the Filmation cartoon may remember two secrets withheld from her by He-Man, Man-at-Arms, and the Sorceress. One is definitely more important to the events of Revelation’s first batch of episodes while the other is … not forgotten.

“That created rich situations for drama,” Smith said. “To me, [He-Man and Masters of the Universe] has always been family melodrama. You go back and look at all the shows, and it’s all about like, ‘We got a problem. We’re going to get through it together’ and stuff like that. All the characters like and respect one another on each side and whatnot.”

The old show was also famous for recapping its moral quandaries at the end of each episode. “So for us, the same thing is going in here,” Smith continued. “The idea is like all the relationships are the absolute same [from the old show]. They just have to deal with death and consequences for the first time.” 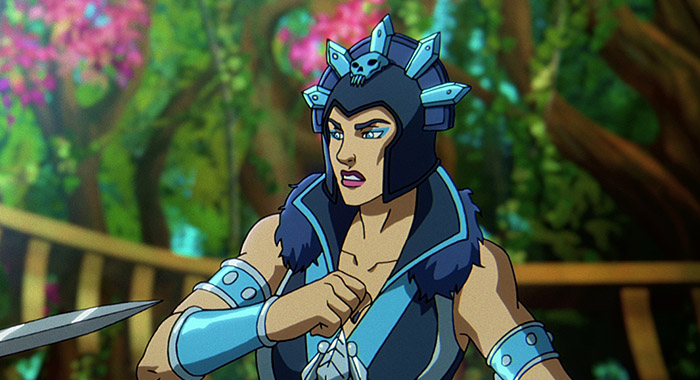 That sense of consequences extends out to other relationships like Evil-Lyn’s (Lena Heady) and Beast Man’s (Kevin Michael Richardson) devotion to Skeletor. It also changes the way Teela regards her adoptive father Duncan — aka Man-at-Arms — especially after the events of the first episode, which really alter the Eternian battlefield after nearly 40 years.

The overall effect is not a bleaker Master of the Universe, but a more serious version in which even joke characters like Orko (Griffin Newman) can carry dramatic content. As it turns out, giving the character a chance to shine was something Smith and the other writers seriously debated.

“Some people swear by him, and other people [were like,] ‘He ruined the show for me. I hate the stupid magic jokes and [things] like that,’” Smith said of the writing room conversations. 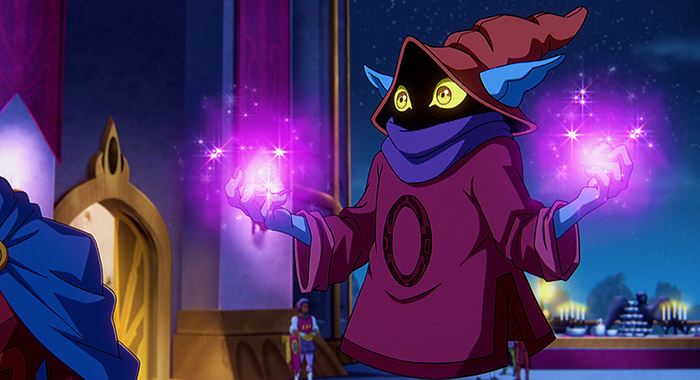 The floating and legless magician of questionable skill was a favorite of Filmation co-founder Lou Scheimer, who also voiced the character in the ’80s. He was popular enough to get a toy of his own in the classic MOTU line, but his presence made the old series feel more, well, childish. Watching episodes of the show now — or clips from He-Man & She-Ra: A Christmas Special — will definitely illustrate why he can be a divisive character for anyone over the age of 9.

But that debate led to a mission statement: “How do we make Orko tattoo-worthy?”

“We knew that Orko was a kid’s way into the show, right? Every kid who watched the show, they’re going to dream about being He-Man. They can aspire to that, but who do they identify with? The dude who is always shoved to the side and not as good as the adults and can’t be counted on to do the right thing. And he’s little as well, so that’s their way in,” Smith explained. “In this iteration, it’s telling the kids like, ‘From little acorns, great oaks grow.’ The smallest can, at the end of the day, become the biggest under the right circumstances. So we thought so much about Orko. We wanted to make him bulletproof, so much so, that if anyone was like, ‘Orko sucks,’ it’s like, all right, we failed.”

Smith also credited Newman, who actively lobbied for the role on Twitter, for bringing an extra level of pathos to the part: “That f—ing speech … I’d give Griffin Newman a f—ing Emmy right now for his performance, where he’s just like, ‘Take me on an adventure. I promise I won’t mess up like the old days.’” 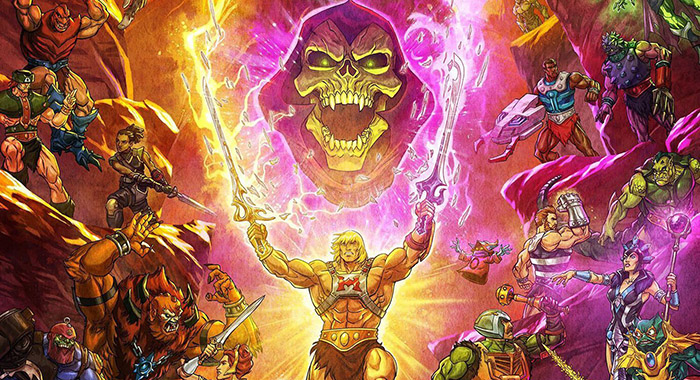 Click image to open poster full-sized in a new tab.

Smith also noted that unlike Scheimer, whose voice was processed to give it a wobbly, otherworldly quality, Newman was able to deliver a similar sound without any electronic additions to his performance.

Smith is also convinced Orko’s role in the story will inspire a new generation of fans – particularly if their parents were also fans back in the ’80s.

Masters of the Universe: Revelation launches on Friday, July 23 on Netflix.