After breaking out in the late ’80s with a string of Certified Fresh hits like The Untouchables, Bull Durham, and Field of Dreams, Kevin Costner made himself a marquee name with his stoic, unshakeable performances. In the following decades, he played everything from the romantic leading man opposite Whitney Houston in The Bodyguard to the gunslinging lawman Wyatt Earp in Lawrence Kasdan’s biopic about the historical figure. Recently, his no-nonsense persona has lent itself to the roles of a supervisor (Hidden Figures), inspirational leader (McFarland, USA), patriarch (TV’s Yellowstone), and even Superman’s dad (Man of Steel).

In his latest movie, Thomas Bezucha’s Let Him Go, Costner once again takes the reins of a familiar horse. Here, he plays George Blackledge, a stern-faced retired sheriff in 1950s North Dakota who suffers the devastating loss of his son in the film’s opening moments. George and his wife, Margaret (Diane Lane), grieve for their son’s accidental death by helping his widow, Lorna (Kayli Carter), with their new grandson– but the solution is temporary. Lorna decides to remarry and takes George and Margaret’s grandson – their last remaining link to their son – away without warning. When Margaret decides to go after her to see why she left so suddenly, George begrudgingly supports her and defends her when the going gets tough.

Ahead of the movie’s release, Costner spoke to Rotten Tomatoes about his fondness for a good story,  acting opposite his Man of Steal co-star Lane once more, and working with Lesley Manville. 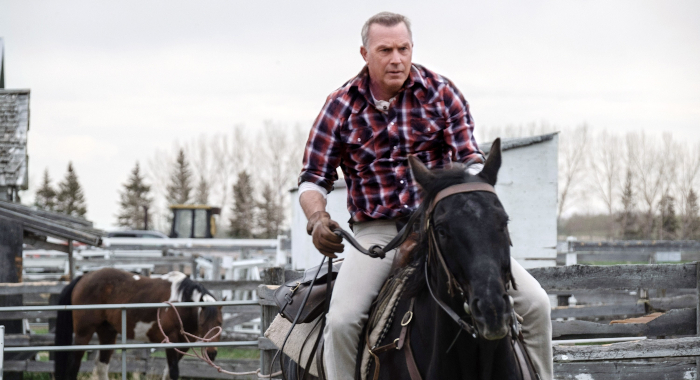 Monica Castillo for Rotten Tomatoes: What first interested you about Let Him Go?

Kevin Costner: I’m always looking for the next great script, either trying to create it or what comes along. Too often, they’re not great, but sometimes they’re good and they just don’t fit. It’s hard to do; it’s hard to write a great screenplay. As I started reading, I was drawn into it. I didn’t know where it was going or where it was going to go. It got worse and worse in the best sense. There was a dread that started to happen, and there was an authenticness about it. A love story was emerging even against this kind of journey that was happening. These two people who had history together,who loved each other, and you saw them completely not together, so to speak, but what kept them together was love. We have a beautiful screenplay and really that’s what got me to say yes.

Speaking of that central relationship, how did you and Diane Lane create that rapport?

Costner: The idea of working with Diane, that’s always going to be a yes, but not in the wrong situation. When I work with her or anybody, I want it to succeed wildly. I want it to feel to an audience that, “Wow, that was fresh. That was different. I didn’t see that coming.” You still want to feel like something surprised you. That’s what I look forward to. They’re not just jobs or decisions to be a way from home. I have to try to think of what was best about what it could be. 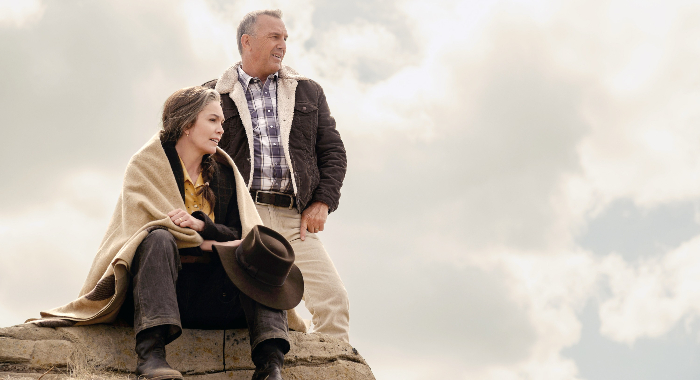 Your character, George, is pretty stoic compared to Margaret, Lane’s character. How did you decide what went into that performance and balance the relationship dynamics?

Women that have strong wills are not new to this century or this decade. Women have been leading men in certain ways to places because they feel morally, ethically, right, and drag their men sometimes in these situations that are over their head. Why does the man go? Because in the end, he loves her and wants to protect her from herself. And in the end, he can’t.

Speaking of strong women, your character also faces off against Lesley Manville’s strong-willed matriarch. What was that experience like? 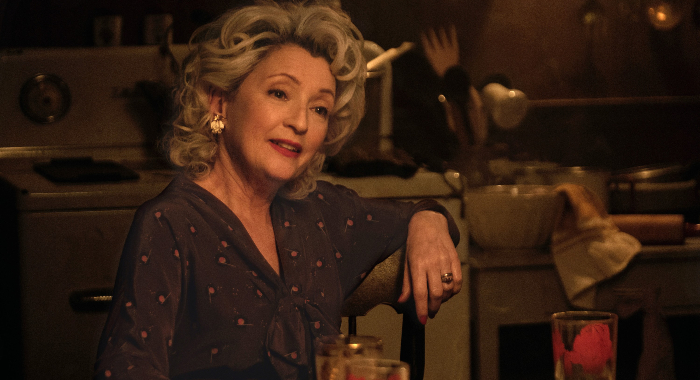 Let Him Go feels like a subtle period piece, with time-specific details on the edges of this timeless family drama. How did you bring that sense of mid-century midwestern life into your performance?

The West and Midwest feature so prominently throughout your career. Is there something about these regions that appeals to you?