Justice League Buzz: It's Not Perfect, but It's Fun and Entertaining 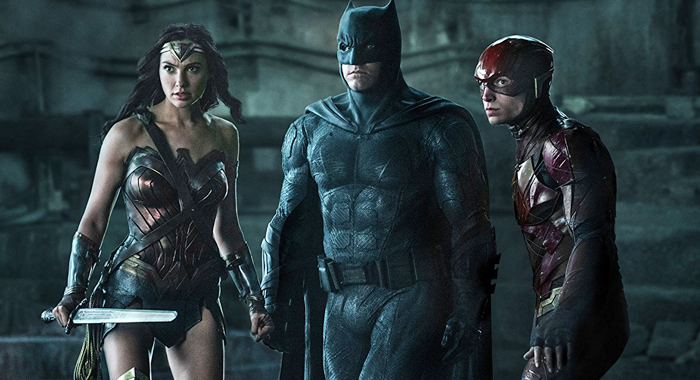 In one week, moviegoers finally get to see the DC superhero team-up Justice League. Ahead of its release, though, critics have been permitted to share thoughts on the movie via social media. How does it fare against other DC Comics adaptations?

Until now, the DC Extended Universe franchise has had an average Tomatometer score of just 50%, and that’s with Wonder Woman making up for the rest with its very positive 92% Tomatometer score. Buzz on the latest is a little mixed, but if the early social reactions are any indication, the Tomatometer score for Justice League could be favorable enough to boost the DCEU average when actual reviews are published.

Here’s a sample of what critics are saying on Twitter about the much anticipated team-up:

Justice League is better than Batman v Superman and Suicide Squad — it’s lean, mean and packed with superhero action. I dug most of its lighter moments and I think it has one of the best action sequences ever in a DCEU movie. And of course Wonder Woman steals the show. I think if you are going to a Justice League movie to see all your favorite DC heroes rocking their skills and being the badasses you love, then you will get plenty of that. Lots of action. Lots of superheroes being superheroes.
– Erik Davis, Fandango

The good: Justice League is my favorite DCEU movie. It will make you love its heroes and want to see them team up again. The bad: Justice League rushes through a lot and its main story/lore and villain are rather stripped down and forgettable.
– Rob Keyes, ScreenRant

Bottom line: Justice League is awesome! Zack Snyder’s film is filled with so many moments that had me geeking out and crying nerd tears. When an action scene/hero moment hits, the film is firing on all cylinders. Still love Affleck’s Batman. My fav Batman actor since Keaton.
– Kevin McCarthy, Fox

I am genuinely happy to report Justice League is a lot of fun. It’s not perfect and has its problems, but does the job of making you care about these characters as a team by its end. It’s also VERY funny, in lots of unexpected ways.
– Terri Schwartz, IGN Movies

Justice League is clunky and uneven as hell, but it also gets the characters right and has a lot of fun along the way. When it’s over DC’s vision for these heroes going forward will make sense. It’s a very small but very vital step forward. I dug it.
– Connor Schwerdtfeger, CinemaBlend

I saw Justice League! Here’s what I thought. There are ton of things I’d change but it comes down to this: I had a blast! I got to see the team together and I had fun watching it. Ezra Miller steals the movie and Wonder Woman was perfect!
– Jenna Busch, Legion of Leia

Justice League is fine. It’s more coherent and less idiosyncratic than Batman v Superman (which I loved, so make of that what you will), and tries very hard to lighten up on the gloom and doom of the DC universe. There are jokes and everything!
– Angie Han, Mashable

Justice League is better than expected, but not a home run. The interaction between the team is a lot of fun. The film sends the DCEU in a hopeful direction in line with where the brand should be headed. Flash and Aquaman steal the show. Cyborg and villain are the weak links.
– Peter Sciretta, Slashfilm

Justice League is okay! It’s fun. The characters are enjoyable and cast has good chemistry together. I want to see more from them down the line. It looks like a Snyder film but sounds and plays like a Whedon one. It has lots of issues, though…but the good news is that Justice League entertains. If Batman v Superman turned you off then consider Justice League a palette cleanser.
– Jim Vejvoda, IGN Movies

Justice League opens everywhere on November 17. Read all the reviews as they come in here.