"Curse more" was a direction from producers on set of the food industry family drama that roars onto Hulu. 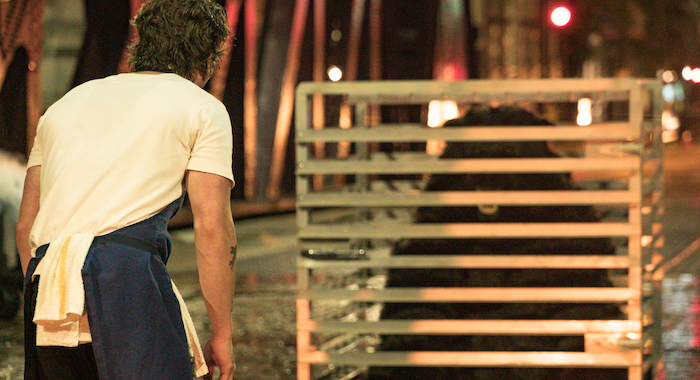 The Hulu series The Bear is an eight-episode adrenaline rush of movement, danger, damage control, and trauma.

It even opens with star Jeremy Allen White’s Carmy un-caging a roaring brown bear that haunts his dreams: a metaphor both for the anxiety he feels about leaving his job at a high-end New York restaurant and returning to Chicago to run his family’s struggling Italian sandwich shop and for the loss of his brother, whose recent death by suicide is the reason he’s there in the first place.

“The general population has this idea of a chef as tortured because of Anthony Bourdain or Marco Pierre White,” White tells Rotten Tomatoes, name-checking two infamously intense celebrity chefs.

To prepare for this part, White read chef’s biographies and cookbooks and staged (or interned) at respected restaurants like Chicago’s Kumiko, Los Angeles’ Republique, and Santa Monica’s Pasjoli, where he asked actual chefs about the stereotype that those with depression, anxiety, or addictive behaviors are drawn to this industry. He came away with the conclusion that, yes, restaurants do attract a certain kind of employee. But also, “if you’re really aiming to be excellent in this field, the sacrifice of time is so incredible.”

“How much time these people are spending in kitchens — and not only spending in kitchens, but there’s so much repetition — you really need to to hang in there,” White says. “And, I think, it can make people go a little bit crazy. You’re in a stainless steel white box for 14, sometimes 16, hours a day, doing the same thing, day in and day out … and you’re performing every night. Service is a performance.” 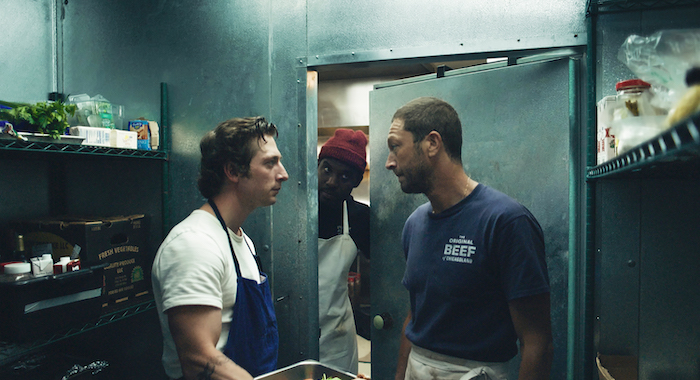 When the kitchen closes, the staff spends several hours cleaning before perhaps going out to blow off steam. And, in a few short hours, it’s time to repeat the process.

In The Bear, White points out that “so much of the show takes place in the kitchen” — on a set that he says wasn’t much bigger than what you see on TV — and “everything is pre-lit; we’re really just using the lighting of the kitchen.”

“What was exciting is that we were able to move very quickly — there weren’t really long setups — and we were able to do these really long shots almost like theater,” he says. “I got a taste of what it’s like to be in that box and really spend sometimes 12, 14 hours there without much else going on other than a cigarette break.” 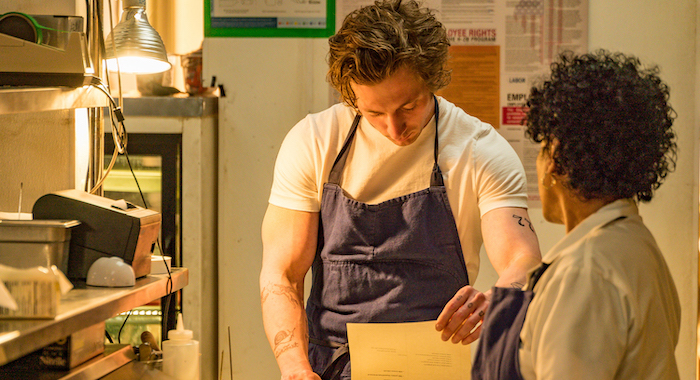 He also got a taste of how demeaning the job can be — not because of the clientele, but because of the other chefs and staff. In a flashback in the second episode, Carmy is still at his fancy restaurant job getting bullied by his egomaniacal boss. In the penultimate episode, there’s a succession of f-bombs that may set a new TV record as Carmy berates his own staff and they all scream at each other over flaming stoves and flashing knives.

Canadian chef Matty Matheson is a co-producer on the show and also appears in a smaller role, while creator Christopher Storer’s sister, Courtney Storer, is also a chef. White says they would watch The Bear’s filming from the sidelines and shout things like “curse more” and “you guys aren’t being mean enough to one another.”

Before The Bear, White was most famous for playing second-eldest child, Phillip “Lip” Gallagher, on the long-running Showtime dramedy Shameless and yes, yes he knows: Carmy is another character from Chicago with a ton of family dysfunction that includes a history of addiction. But he doesn’t think “Carmy’s upbringing was the same to Lip’s at all.”

He does acknowledge that the energy in restaurants isn’t that different from the pressure for a cast and crew to make their day while filming a series or movie.

As a performer himself, he also understands the pressure Carmy felt to make a name for himself. 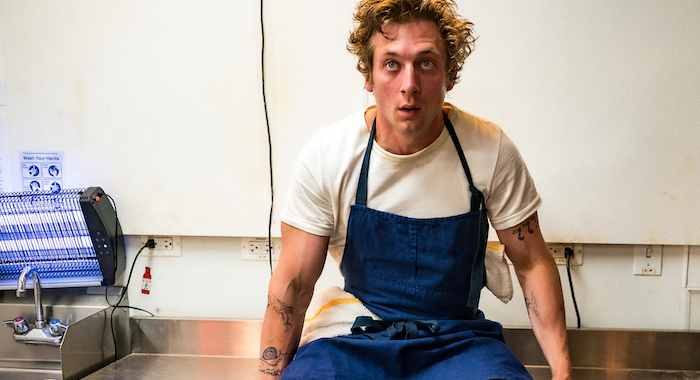 “I like to think I’m a bit more well-rounded now that I’m 31,” White says. “But I was familiar with that feeling of being so wrapped up in an identity of just your profession … When I was younger, I could really be hard on myself, and I was looking at my career as a bit more of a sprint. And the roles I wanted, I wanted so badly, and if I didn’t get them, it really was the end of the world. Now that I’ve gotten a bit older, I look at my career a bit more through the lens of longevity and looking at things like a bit more of a marathon.”

While The Bear has not officially been renewed for a second season, White says that Storer does have ideas and that “when I finished reading all eight episodes, I felt like this is really a prologue to the show. We’re giving audiences everything they need to now have a show about fine dining and back-of-house.”

Consider the first season an appetizer.