Filmmaker Jeff Nichols has a whole slew of Certified Fresh films to his name, starting with his 2007 debut Shotgun Stories and onward through Take Shelter, Mud, Midnight Special, and his latest, Loving, which is currently in theaters in limited release. That’s quite a track record, and so we we jumped at the opportunity to ask him about his own Five Favorite Films, three of which star Paul Newman. Here’s what the man has to say: 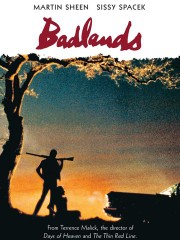 The first one — I would say Badlands. I caught Badlands in college for the first time. They actually had a film screening of it at my film school. I’d just never seen a film like that before. I’ve never seen a film that was paced that way, that was structured that way, that felt that honest. But also at the same time kind of dreamy and transportive. I remember immediately going home to my dorm room and I called my older brother — who’s kind of my bellwether for cool interesting things — [and asked], “Have you seen this film?” I tried to explain a theme to him, which was nearly impossible of [Martin] Sheen‘s character giving his comb away to the National Guard soldiers at the end of the film. My brother: “I don’t understand what you’re talking about.” You realize that’s kind of how that movie is — you can definitely revel in it and share with it when other people have seen it. But it’s such a beautiful anomaly that when you try and tell people about it that haven’t seen it it’s kind of impossible to categorize or just explain. Badlands — it touched upon a stylized truthfulness that I wanted to do in my film. 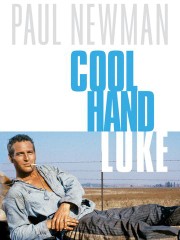 Now we’ll start with the Paul Newman ones. The three Paul Newman ones. I guess I’ll start with Cool Hand Luke. I think it’s the first time I ever started to recognize metaphor. Or I guess allegory, because it’s a bit of a Christ allegory, I think. After he eats those 50 eggs and he’s laid out on that table it’s the same way that he’s laid out at the end after he’s shot. His legs are crossed, and his arms are out. I didn’t know when I first saw that film that that’s what was going on, or I didn’t know how that affected the rest of the story, but I recognized it, I know that. Because Cool Hand Luke is a strange film where I grew up with it on TV every weekend. It was just one of those films that always played on cable on the weekends growing up. It’s just always there, so you never really consider it. My dad loves that film. Then you go back and sit and watch it when you’re older and you realize that in the background of your life there was this amazing piece of artwork playing. Obviously its depiction of the south and the character behavior in it is just so rich and the cast amazing.

Also I’m really drawn to this idea of a square peg in a round hole. That’s what Cool Hand Luke was. Luke was this guy, he wasn’t a bad person but he just didn’t fit in the world around him and he was persecuted as a result. Yeah, he was responsible, he was cutting the heads off parking meters. He was always culpable in the things that he did. But it was more a result that he probably just never belonged anywhere and he was restless as a result, unsettled. What that says to me: it’s not like that’s the way I felt in my life — quite the opposite actually. What I recognized in that is that is an archetype of a man, that person exists. To be able to take a personality type like that and make it so realistic, make it not cliché, make it not generic, but at the same time represent this type of person — I’m really impressed by that. It’s kind of what you strive for in ultimate storytelling in my mind. Both specificity and universality all at the same time. 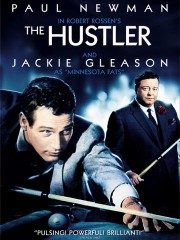 Then the next Paul Newman film has to be The Hustler — that’s as much about directing as anything else. I know that director [Robert Rossen] didn’t do a ton of stuff but that’s the first time I really started thinking about the frame. That’s not true; I thought about the frame before I even knew I was thinking about the frame when I saw Lawrence of Arabia. I saw The Hustler again on a film print in college. I’d seen it many times before, I actually owned it on video in high school. What high school student owns a video cassette of The Hustler? But I did. I just thought it was so beautiful — that black and white photography. The framing in that film — I think it’s cinema scope. I know it’s 235, so super wide frames.

The way they would stack foreground-background action in that — that was a real lesson because I had done this thing in my first video project in film school. I was looking at the camera and I was looking at the shot and it was a video camera that they had on a little pee-wee dolly that had a hydraulic boom arm on it. I was just sitting there looking at this video and wondering, “This is in my infancy as a person thinking about visual storytelling.” I was messing with this hydraulic boom lift and looking at the monitor and all of a sudden I lowered the camera to the point to where this table that was right in front of the camera fell into the foreground. Then I had this thing in the foreground and this carriage in the background. And all of a sudden, it just got vastly more interesting to me. I know that might seem so remedial to people that take photographs and other things. This was a big breakthrough for me.

When I went back and looked at The Hustler you see all of this complex foreground-background framing going on. Spielberg‘s the best at it too. Spielberg does it all the time. If you look at scenes in Indiana Jones where they’re sitting across the table the more he puts the camera — it’s awesome. But there’s an elegance to the camera placement and the camera movement in The Hustler that’s pretty undeniable.

Not to mention, there’s a reason I’m talking about Paul Newman movies: there’s a behavior emerging in these films from the sixties that I really identified with. I almost felt like they valued it more than people in other decades, because they were so directly breaking free from the structures of studio films of the fifties and that acting style, more importantly. That it seemed like, “Now we’re going to take some seriously flawed characters for a run, for a test drive.” It’s when you start getting, I think, some of the best writing in film history — and character writing specifically. Stories that turn on character more than plot. What an odd plot for The Hustler. What an odd trajectory, but totally compelling. When I guess they’re going to the derby or whatever and that’s when his girlfriend — what an odd structure. That’s really something I strive for in my stuff. Structures that aren’t just a continual execution of plot, but are really driven by characters and their flaws. 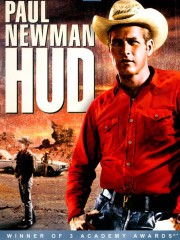 This one — they’re just kissing cousins, really — but the last Paul Newman film I’ll talk about is Hud — just the greatest introduction to a character maybe ever on screen. You’ve got this goofy kid walking around town and he walks past the bar, and there’s glass on the sidewalk and the bar owner’s sweeping it up. And the kid goes, “Did you have trouble in here last night?” “I had Hud in here last night.” Such an awesome way to introduce the main character of this film. When you first meet him, he’s walking out of this married woman’s house putting his boots on and the husband pulls up, and he immediately blames his nephew.

It’s this really incredible thing. I was lucky enough to work on a college professor’s documentary called The Rough South of Larry Brown. Which is about the writer Larry Brown out of Oxford, Mississippi. In that documentary Larry Brown talks about his writing, he says, “Yeah, you read my stuff and you read a little bit and you might think it’s pretty funny. And then you read a little bit more and you realize, it’s not funny worth a damn.” And that’s Hud. You start it off and you’re like, “Gosh, look at this rapscallion, this character,” and then you realize, “Wow, that’s not funny; there is some deep stuff inside that man that is hurt and angry, but is manifesting itself in very evil ways.” The complexity of that — it’s different than Newman’s character in The Hustler. In The Hustler, he’s doing pride, but there’s something deep going on in Hud that’s darker. It’s more about family and legacy and things that I think, because it’s attached to the family, I relate to very much. I had to deal with familial relationships that are complex. 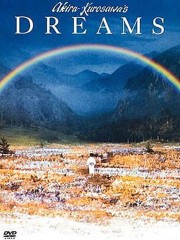 Let’s tall about Kurosawa‘s Dreams. When Bravo first came on television, they were figuring out who they were as a cable network and would just play random foreign films. This was before the travesty of reality television permeated their station. I was at home alone in high school, I think I was a junior in high school and Dreams comes on by Kurosawa. I could not separate myself from it. I didn’t know who Kurosawa was — I didn’t care. I was just a kid absorbing things that flashed on the screen in front of him. I was immediately captivated by this thing that was at once beautiful — obviously surreal — but at the same time palpable enough to actually hit home emotionally. I think not many people would probably describe scenes in my movies as surreal, but there are some. Kind of this magical realism that exists in that film.

Just go watch it. It’s all skits, it’s basically short films strewn together. Get’s real weird by the end, but the first three are three of the greatest films I’ve ever seen.