Interview With the Vampire Cast on Making Anne Rice's Monsters Exciting, Different, and So Very Human

Jacob Anderson, Sam Reid, and Bailey Bass relate their love of the late horror author's monsters and talk about following in the footsteps of Brad Pitt, Tom Cruise, and Kirsten Dunst's Louis, Lestat, and Claudia from the 1994 movie.

Anne Rice’s Interview With the Vampire is here to reclaim the television vampire throne, and the series has its work cut out for it. Created by Rolin Jones, the program, which premieres on Sunday, October 2 on AMC, heads down the road author Anne Rice originally began paving when her first installment of The Vampire Chronicles hit bookshelves in 1976. Over four decades later, her impact on the horror genre remains, though the author died last year at age 80.

Told through the perspective of Louis de Pointe du Lac (Jacob Anderson) as he recalls his life’s journey to seasoned journalist Daniel Molloy (Eric Bogosian), the new series takes us on a walk down memory lane, documenting his tumultuous relationship with Lestat De Lioncourt (Sam Reid), the vampire who turned him; the introduction of young Claudia (Bailey Bass), the unpredictable girl vampire who joins their unique family unit; and the family trauma that has haunted him along the way. 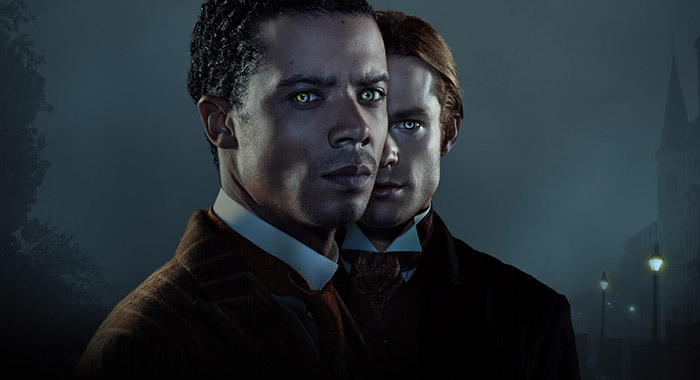 It’s in these broad strokes where this Interview With the Vampire connects to its movie predecessor, but, as we found out in our discussion with Reid, Anderson, and Bass, Jones’ deep affinity for Anne Rice’s book universe is ultimately steering the wheel here. And he must be doing something right: Season 1 is well on its way to Certified Fresh status ahead of its premiere with a 96% Tomatometer score on 26 ratings and the series just scored an early season 2 renewal. The Mayfair Witches — Jones’ next Anne Rice adaptation — is set to hit the network in 2023.

Rotten Tomatoes met with the cast over Zoom to discuss the renewal, the evolution of the vampire genre, the performers’ personal love for their characters, and the hope that audiences will see parts of themselves in this monstrous, yet very human, story they’re telling. 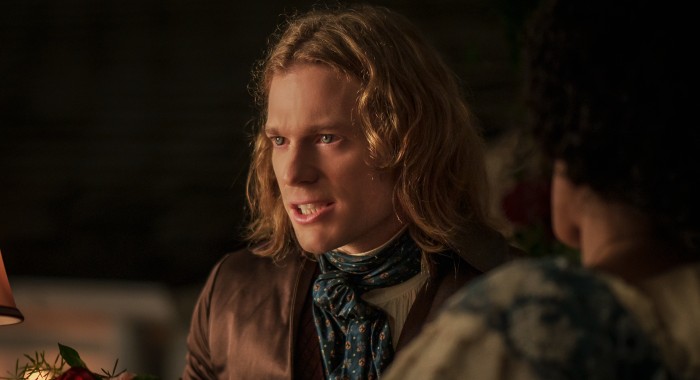 Aaron Pruner for Rotten Tomatoes: Why do you think now is the right time for Anne Rice’s Vampire Chronicles to come to TV?

Jacob Anderson: They are, by their nature, timeless. There’s never a wrong time. And even though some of the stories are very rooted in the ’80s and the ’90s, or Roman times, I think there is a real consistency to how the vampires feel things. Things haven’t changed. And that’s kind of the point. It’s so exciting that there are going to be people that are going to start reading her books now.

Sam Reid: They’re really amazing stories. Anne Rice put the psychology back into the monster. So you’re seeing things from their point of view. And that is so, so unique, and it’s been redone over and over and over again after her. But I guess her and Mary Shelley were the, sort of, original writers where they put the perspective within the monster, and so you feel their humanity. It’s really fun to be a part of. 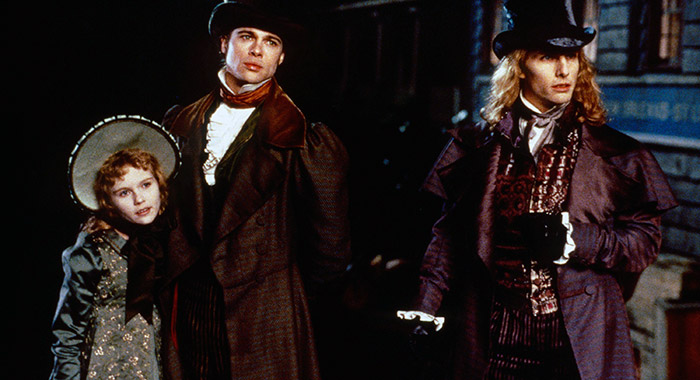 The last time we saw these characters on screen were in the 1994 movie starring Tom Cruise, Brad Pitt, and Kirsten Dunst. Did their performances come up at all during the development of Lestat, Louis, and Claudia as they appear here?

Reid: I loved the movie. I really enjoyed Tom Cruise’s performance. We’re never really trying to touch that. It can exist in its own space. When they were creating this series, when Rolin was writing this, he had a lot more books than they had in in 1994, because she hadn’t finished writing them. So we can approach the characters with hindsight of a larger arc. We can bring in some different and more expanded elements than in the film. So, we weren’t really ever talking about about the movie apart from how much we liked it, and how terrifying it was.

Bailey Bass: Kirsten Dunst as Claudia — she’s incredible. Her performance has touched so many hearts. I never want to take anything away from that. I think we feel the same way that Claudia is such a beloved character. It’s an honor to play her. A dream role. And I’m just so fortunate that I’m able to play her, as well.

Louis feels like the most changed character, compared to the previous adaptation as well as the original subject matter: Instead of an 1800s plantation owner, he’s a Black businessman in 1910. Can you talk about how that story alteration informs his story here?

Anderson: He has all these external things that are forcing him to exist with lots of these different masks he has to wear; these positions he has to have in a human context. I think in our show, it’s human existence as a whole. You need to know that is what he misses. There is still an aspect of the hypocrisy in Louis, as well, both in how he retells the story and also in his line of work. In our story, prostitution is illegal in New Orleans in 1910. It does deal with the exploitation of humans, of people, and he’s doing [his job] to keep his family together. So that creates a new sort of whirlwind in his head, as a vampire, and it creates a guilt and a shame about his his former existence. He kind of bounces between those things constantly. I like to think that the additions are things that only enrich him more and help to tell the story of the dynamic between him and his vampire husband. 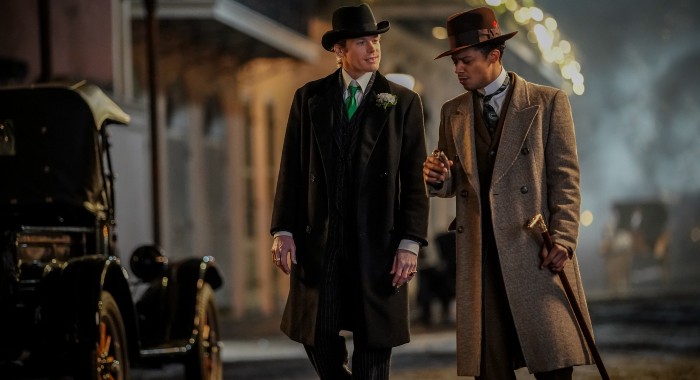 Thank you for using that term because, let’s be clear here: Louis and Lestat are vampire husbands. This is a pretty important detail in their story, considering how vague this relationship is presented in the 1994 movie.

Bass: The truth is, Anne Rice was the most pro-LGBTQIA, pro-diverse person. She was for all of that, she just happened to write these characters as white roles. But their essence is here. I think what’s nice is it’s in this fantasy world … We have the action, we have the drama and we have the intensity, but, it’s not in your face. People can just sit back, enjoy and see themselves, but also enjoy something that’s so magical.

It is stated that vampires are born of trauma. Is it safe to say, then, that every vampire relationship in Anne Rice’s world is built upon that trauma?

Anderson: I think there is an aspect of trauma bonding in a lot of the relationships between vampires in the books and in the show. It’s one of those things you have to work through. Maybe this is a sweeping statement, but I think all humans or people have a trauma in their lives, or a version of trauma. Sometimes we shut them out, and sometimes we have to deal with them on a daily basis. They inform how we respond to each other. They are a huge part of our context. And that is a big part of what this story is. It’s about these two academic people — these two monsters, even — who are having to navigate each other’s traumas. They’re not necessarily always hearing each other, because they’re so wrapped up in their own crisis of their own existence. 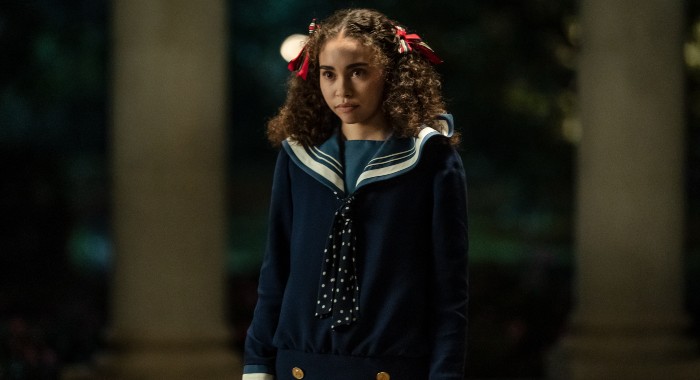 Bass: Rolin really cares about the relationships that these characters have. And they’re so specific. Almost every scene, I had to rethink, OK, what’s my relationship with Louis right now? What’s my relationship with Lestat? Because, it changes: OK, you’re my Dad, you’re my uncle. And then, You’re my friend. And now, I hate you. It changes as Claudia grows and finds herself in different environments. My favorite part is definitely that there’s a protagonist and antagonist, but it’s different in every scene.

What are you hoping the audience will take away from watching the show?

Reid: I love vampire media and I love vampires. I’ve always loved them. I hope that people get to see some more scary vampires. But scary not just in the Hammer Horror way, which we do a little bit, but actually, we are showing the emotional darkness of what it’s like to be these monsters. I’m sort excited for people to see Anne Rice’s vampires the way that Anne Rice wanted them to be seen. 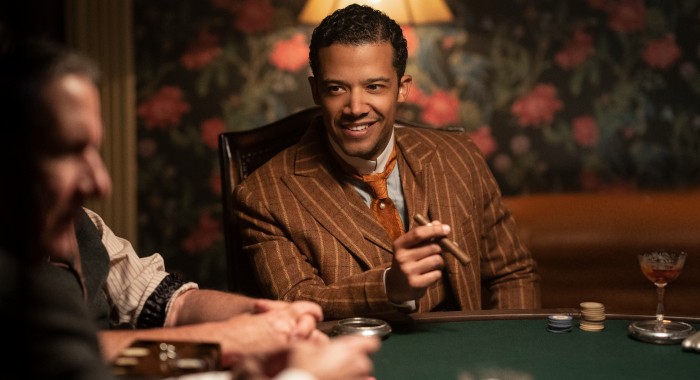 Anderson: I hope that people see themselves in these monsters, to be honest. We don’t shy away from the camp, and from the gore, and the sauciness. I think Anne Rice’s monsters are the most human monsters you will ever encounter. The hope is that people are going to watch this and see themselves, or see their own relationships, or see they’re not weird and they’re not outsiders. Or that they are outsiders and recognize that’s what makes us remarkable. I really hope that people feel that when they see this, because we love them. And we love these monsters.

Bass: I just want them to go on the journey with us and feel connected with the show and the characters. It’s so fresh and new, and it’s not like something I’ve ever seen on TV before, because we have everything: We have the action, we have the period piece, we have the costumes, we have the special effects, the visual effects, and we have these deep, deep, very dramatic moments that are really intense. And it really lets the audience into what the characters are feeling. We’re letting you into our world, which is really special.