Interview: Oscar-nominated Act of Killing Director on the Humanity of Evil

An in-depth discussion with Joshua Oppenheimer about the process behind making one of the year's most acclaimed films, his thoughts on the nature of evil, and the conflict he feels about caring for his subjects.

One of 2013’s most discussed and lauded films, Joshua Oppenheimer’s documentary The Act of Killing takes a by-turns chilling, humorous, and insightful tour in the company of Indonesia’s infamous death squad leaders — the men behind a series of 1965 massacres that were among the worst in history — as they gleefully recreate their crimes through the skewed lens of old Hollywood movies and bizarre musical numbers. With The Act of Killing arriving on Blu-ray and DVD this week — and collecting an Oscar-nomination for Best Documentary — we spoke with Oppenheimer on how the film has generated new forms of dialogue with audiences, the nature of what he calls “the humanity of evil,” and his conflicted relationship with his “star” — charismatic mass murderer Anwar Congo.

It’s been a tremendous year for this film: people are still discussing it, it topped Sight and Sound‘s year-end poll — even though you got a bad review in the magazine. How does it feel to still be talking about The Act of Killing, all this time later?

Joshua Oppenheimer: Well, above all it’s been pleasing, and a great honor, that viewers and critics — but especially viewers all over the world, above all in Indonesia but everywhere — have opened themselves to the film’s painful, mysterious, and complicated message. By allowing themselves to approach men like Anwar Congo and his friends through my intimacy with them, through my closeness with them, they choose to become close to Anwar and his friends, and see a small part of themselves in men like Anwar. I think in that moment something else happens that I think is pretty radical — the whole paradigm in which we divide up the world into good guys and bad guys collapses, and people start to ask all kinds of questions about their own humanity and the nature of evil. I think that reaction, and the courage that it takes people to go through that, is really heartening to me. Especially when that reaction has taken place in Indonesia.

So yes, it’s a long time to be talking about the same thing [laughs], but I’ve learned a lot about the film through the audience. You finish a film not in the editing, but in the conversations that audiences have with themselves — and in that sense every viewer is making a slightly different film. And that’s wonderful. I’ve learned a lot. Of course, there is some repetition, but above all it’s invigorating, because the film that took eight years to make has grown millions of manifestations of itself when everyone sees it.

It’s interesting that you say the film invites a dialogue with the audience, because it doesn’t take the easy path of condemning these men. What’s something you learned about the film from that dialogue — say from an audience reaction — that you perhaps didn’t think about before?

Oppenheimer: That’s a really good question. How would I answer that? There’s so many things I’ve learned, but what’s the most interesting thing I’ve learned from an audience reaction? Two things, I guess, and they’re related. First of all, there was a very striking moment when someone said, “You have forgiven Anwar.” And I said, “I don’t feel that that’s my role. I don’t feel like either forgiving or condemning is my role. It’s not my purpose, for me to do that; I’m not a court.” And the viewers have corrected me there on a number of occasions, and said, “No, by seeing the human being beyond the actions, that is forgiveness. That is what forgiveness is.” And that left a pretty strong impression on me as I thought about who I am after making this film. And whatever viewer told me that — I don’t remember, for such a precious lesson it’s a pity I don’t remember who told me that — that left a strong impression on me.

The other thing that’s somehow related to that is about where Anwar is at the end of the film. I’ve resisted the notion that Anwar is in any way redeemed, and I think that’s correct — I don’t think that he is redeemed. I think that some people have been quick to say that there’s this catharsis at the end. It may be cathartic for the viewer to discover in Anwar that, despite everything, there remains this indigestible residue of humanity that physically and morally rejects what he’s done. Once I was asked very, very plainly, “Does Anwar regret what he’s done?” Instead of saying “Did Anwar feel remorse?” which would involve Anwar more reflectively considering his own feelings, the question “Does he regret what he’s done?” stood out as immediately easy to answer. I said, “Yes, of course he regrets what he’s done; he’s been tormented by it for years.” That also was a discovery.

It’s that familiar scenario that many have commented on: the banality of evil. Because the killers are very human, it makes it possible for an audience to see themselves in them.

Oppenheimer: You made a leap there, which is good, but I think that it’s worth pausing and reflecting on. The film shows something by approaching Anwar and his friends as human beings. Unless we see them as human we won’t be able to understand how we do this to each other, and the effects — how we as humans, after having done such things, live with ourselves, and the effects of the stories, the lies, we tell ourselves to justify our actions because we’re human. You talk about the banality of evil, but what I think the film is really exploring, somehow, is the humanity of evil; the involvement of our humanity and morality — not immorality — in the practice of evil. And what I mean by that is, I think one of the most frightening things the film witnesses, and you see it all the more starkly in the longer director’s cut of the film, is the way that because we’re human, after we commit atrocities we have to lie to ourselves to justify what we’ve done. And that is not a sign of our immorality, that’s a sign of our humanity, and our morality — our vulnerability to the tormenting effects of guilt.

Anwar and his friends have won, and in having won they’re been part of writing a victor’s history. As one of them says in the film, If you can get away with killing and you get paid enough for it, go ahead and do it. But then you must make up an excuse so you can live with yourself afterwards, and you must cling to that excuse for dear life. Well Anwar and his friends — and there’s a whole section about the anti-communist propaganda in the longer version of the film — have clung to the lies justifying what they’re done for dear life, so that they can live with their selves. Although they know they’re false, they’ve acted as if they’re true, because that’s the only way that they can live with themselves. To maintain those lies, it inevitably leads to a downward spiral of further lies and corruption that can only end, somehow, in a moral vacuum. Now they have to blame their victims for what they’re done, because that’s what the propaganda says — that it’s the victim’s fault. They have to dehumanize the victims, because it’s much easier for them to live with themselves if the victims are not fully human in their eyes. And above all, they must kill again, or torture again, because the government now says to Anwar and his friends, “Kill this group of people, for the same reason that you killed the first group.” If they refuse, it’s equivalent to admitting it was wrong the first time.

So the repetition, this hypothetical repetition that I’m talking about, happens not because Anwar is a sadistic monster who carries on blindly committing evil, but because he’s a human, and being human he knows what he’s done is wrong and he can’t cope with that. So we see here, in the longer cut of the film, in the terrible sequence of film noir scenes that culminates in Anwar playing the victim at the end. In that movement through sadism, before Anwar finds himself in the victims’ chair, I think we somehow start to feel that remorse that he starts to feel in the nightmare sequences when he burns down the village. Remorse is painful for Anwar. Instead of reacting to it with more remorse, he reacts to it with sadism. He pushes it away. He gets angry, because he feels hurt. Having killed has damaged him, and who does he blame for that? He blames the victims, and throws himself all the more readily and despairingly into his sadism, and finds himself playing the victim. If there’s a single omission from the shorter version of the film, it’s that sequence. The whole rhythm of the director’s cut, the pace, the peculiar pauses that allow you to rest after moments of real violence, the whole structure and pace is all building up to that final descent into Hell.

But both versions of the film witness that so much of what we call evil may stem from our morality. And this is counter-intuitive and it’s very frightening, because it shows that not only are there not evil people among us who we could somehow deal with if we could find them, but evil is not a sectioned-off part of ourselves — it is an integral part of who we are, and it has something to do, I think, with despair, and surrender, and anger. It ultimately comes down to humanity, and in witnessing that last act in The Act of Killing, certainly in the long version, viewers are seeing “Oh no, this is who we are” in a very frightening way.

Next, Oppenheimer on how he got access to the death squads to tell their stories, and his thoughts on the relationship he’s developed with Anwar Congo. 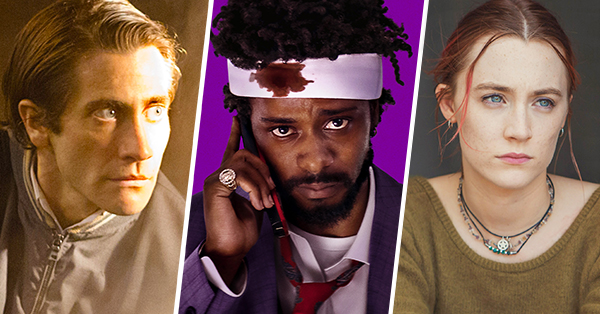 30 Incredible 2010s Directing Debuts That Left Us Begging For More