From My Octopus Teacher and Blackfish to Planet Earth and Chasing Coral, these nature docs will inspire and enlighten. 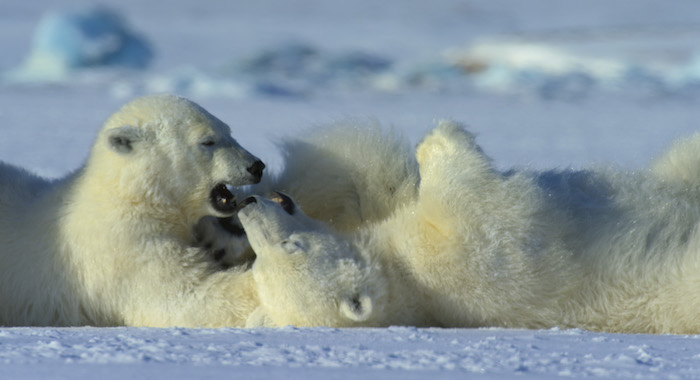 What better way to spend this Earth Day – or any day, really – than learning about the wonders of our planet, all that threatens it, and some of the people working tirelessly to preserve it.

We’ve put together a list of some of the best planet-centric and environmentally conscious documentaries to watch on Earth Day. From harrowing investigative films like The Ivory Game and intimate series like Planet Earth (I and II!), to the vast oceans of Blue Planet and the chilly reality of Chasing Ice, this list taps into a number of fascinating ecosystems. It will also introduce you to some of the most inspiring people of our time, like Jane Goodall.

Whether you’re looking to admire Earth’s beauty or gain some perspective on the challenges it faces, the movies, series, and specials on this list are sure to awaken and inspire, and they’re all available to stream right now.

What it is: This Netflix series showcases the vast ecosystems of Earth, visiting 50 countries in the process. Each episode is practically a feature-length documentary in its own right. After the introductory episode, each installment focuses on a different habitat — “Deserts and Grasslands,” “Frozen Worlds,” “Forests,” and “Jungles” — and three separate episodes are dedications to freshwater and oceanic environments.

Critics Consensus: A cornucopia of visual wonder and environmental advocacy, Our Planet’s breathtaking cinematography explores more of this beautiful, blue marble while presenting an urgent call to action to its inhabitants.

Commitment: ~6 hours (8 episodes, around 50 minutes each) 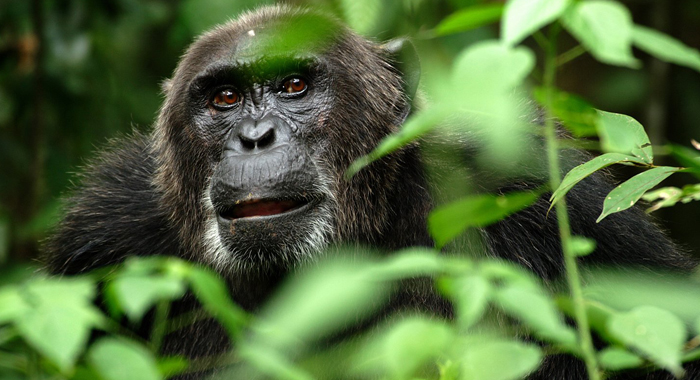 What it is: Like Our Planet, but released a decade earlier and by the BBC, Planet Earth charts the Earth’s ecosystems episodically. Perhaps no voice is more recognizable in the nature documentary genre than that of British natural historian David Attenborough, who narrates the BBC version of this documentary series (if you watch the Discovery Channel version, you’ll hear none other than Sigourney Weaver guiding you through each hour-long episode). Planet Earth is essentially the go-to for nature series. It won four Emmys the year it was released: non-fiction series, cinematography, sound editing, and music.

Critics Consensus: Planet Earth weaves innovative camera techniques and patient observation to deliver viewers an astounding glimpse of the world’s perils and wonders, capturing jaw-dropping scenery and animals on both an epic and intimate scale.

Where to watch it: YouTube, Amazon, iTunes, Google Play, Vudu

Commitment: 9 hours (11 episodes, around 50 minutes each)

What it is: Ten years after the award-winning original, BBC’s Natural History Unit released a second, shorter sequel called Planet Earth II that takes viewers to new locales – and a few familiar ones – to document even more harrowing survival stories most of us have never seen before. This time around, the series also explores city-dwelling animals — and they’re probably not the species you’d expect to see thriving in urban environments.

Where to watch it: Amazon, Google Play, iTunes, Vudu

Commitment: 5 hours (6 episodes, around 50 minutes each)

What it is: Even before they made Planet Earth, in 2001 the BBC released the first Blue Planet, yet another nature documentary series narrated by Attenborough. The original won two Emmys for its cinematography and music composition. This follow-up series was released in the U.S. in 2018 — Attenborough returned, and won the series another Emmy for his narration to boot. Both iterations in the series provide intimate, breathtaking looks at the undersea world with particular focus on its occupants (from seahorses to squids and whales) and the environmental issues that threaten them.

Critics Consensus: Blue Planet II‘s hypnotic beauty is complemented by intense ethical musing, contrasting the micro and the macro in a humbling exploration of humanity’s relationship with the ground it stands on.

Where to watch it: Amazon, YouTube, iTunes, Google Play, Vudu

Commitment: ~6 hours (7 episodes, around 50 minutes each — plus an additional 6.5 hours if you want to watch the original series) 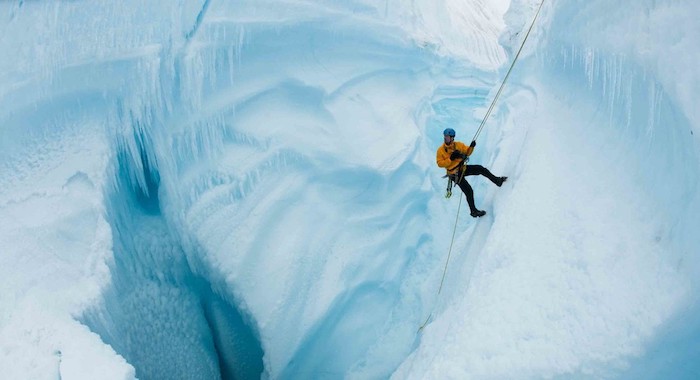 What it is: Chasing Ice follows a celebrated National Geographic photographer as he documents several years of climate change using time-lapse cameras. Critics called the film “spectacular but depressing” and “the most important documentary of the year.” Chasing Ice is a call to attention — and for some, a call to action.

Where to watch it: Amazon, iTunes

What it is: If you’re short on time this Earth Day, or on any other binge day, but still want to marvel at the planet’s beauty, look no further than this short but marvelously compelling documentary. Flight of the Butterflies follows the yearlong migration cycle of monarch butterflies from Mexico through the U.S. to Canada and back.

Where to watch it: Amazon, iTunes, Vudu

What it is: This unforgettable documentary feature rattled the world when it was released in 2013. Blackfish follows the story of a performing orca named Tilikum, highlighting the species’ intelligence and the impact of lifelong captivity. Critics called the film “startling,” “powerful,” and “a troubling exposé of Sea World’s hazardous entertainment trade.” It was powerful enough for the amusement park to make several changes.

Critics Consensus: Blackfish is an aggressive, impassioned documentary that will change the way you look at performance killer whales.

Where to watch it: Amazon, FandangoNow, iTunes, Vudu, Netflix, Hulu

What it is: This Netflix documentary (produced by Leonardo DiCaprio) goes undercover to investigate the ivory trade (both illegal and legal), and brings to light the horrific practice of elephant tusk poaching. A call to action for activists and governments alike, The Ivory Game sheds light on and condemns the international ivory trade to prevent the imminent and violent extinction of elephants. Since its release, some of the poachers seen in the film have been apprehended and  sentenced to years in prison.

Critics Consensus: Hard-hitting and ambitious to a fault, The Ivory Game serves as a fittingly urgent call to action against a looming threat against vulnerable wildlife and a fragile ecosystem.

What it is: Virunga is titled after Virunga National Park in the Congo — “one of the most biologically diverse areas on the planet,” according to the park’s website, and home to an endangered group of mountain gorillas. This Netflix documentary not only aims to capture the wildlife in the national park, but also the dedication of teams aiming to protect it and the militia that target it. A year after Virunga was released, Netflix also provided a behind-the-scenes look at its production, with particular focus on the gorillas it features. Since the documentary’s release just a few years ago, the park has been temporarily closed to the public due to an increase in violence.

Critics Consensus: Virunga offers a heart-rending glimpse of natural wonders vulnerable to the atrocities of greed — and the people devoting their lives to defending them.

Commitment: 1 hour 40 minutes (plus 30 extra minutes if you want to watch Virunga: Gorillas in Peril, too)

What it is: Another legendary voice in the documentary genre alongside Attenborough is German director Werner Herzog. In Encounters at the End of the World, Herzog serves as both narrator and guide on a trip to Antarctica, and the result is a thoughtful (if at times absurd) study of the environment and human nature.

Critics Consensus: Encounters at the End of the World offers a poignant study of the human psyche amid haunting landscapes.

Where to watch it: Amazon, FandangoNow, iTunes, Vudu

What it is: This critically acclaimed National Geographic doc drew from more than 100 hours of previously never-before-seen footage to give viewers an intimate portrait of one of the most famous and beloved conservationists of our time, Jane Goodall. For those familiar with Goodall’s work and current activism, Jane will be particularly fascinating, as it transports viewers back to the 1960s when Goodall was in her mid-20s and doing her earliest work observing chimpanzees. The film features a score from composer Philip Glass.

Critics Consensus: Jane honors its subject’s legacy with an absorbing, beautifully filmed, and overall enlightening look at her decades of invaluable work.

Where to watch it: Disney+, Amazon, FandangoNow, Hulu, iTunes, Vudu

What it is: After directing Chasing Ice in 2012, Jeff Orlowski turned his focus from the arctic to the ocean with Chasing Coral in 2017. The latter documents coral bleaching and the environmental impact of carbon emissions and pesticides on the reefs. Like many films on this list, this Netflix documentary is a call to consciousness regarding the tangible, quantifiable impacts of global warming.

Critics Consensus: Chasing Coral offers a breathtakingly beautiful look at some of the Earth’s most incredible natural wonders while delivering a sobering warning about their uncertain future.

What it is: This timely documentary narrated by David Attenborough reflects on the past year, during which the COVID-19 pandemic effectively shut down several aspects of everyday life for many of us and, rather unexpectedly, served as an invitation for elements of the natural world to creep back into virtually empty cities. It’s a fascinating look at an unprecedented phenomenon and a testament to the resilience of nature. The release of The Year the Earth Changed also coincides with two other Apple TV+ originals: the second seasons of both the Paul Rudd-narrated Tiny World and the Tom Hiddleston-narrated Earth at Night in Color. (We assume you can gather what they’re about from their titles.)

Where to watch it: Apple TV+

What it is: For viewers of a certain age, March of the Penguins represents their first exposure to nature documentaries. Thanks to some incredible cinematography, a compelling narrative, and the unforgettable voice of Morgan Freeman, the film was a hit at the box office and became a pop culture touchstone, going on to win the Oscar for Best Documentary. The sequel, March of the Penguins 2: The Next Step, can be streamed on Hulu.

Critics Consensus: Only the most hardened soul won’t be moved by this heartwarming doc.

Where to watch it: Tubi, HBO Max

What it is: Rather than a broad, sweeping look at the natural world, My Octopus Teacher instead offers a more intimate story about one man’s journey to self discovery, thanks in large part to the unique relationship he forms with — you guessed it — an octopus. The Oscar-nominated documentary follows South African free diver Craig Foster, who meets an unusually curious octopus during one of his dives and chronicles a year of his experiences bonding with the creature. In the process, Foster learns to appreciate his own life and humanity’s crucial ties to nature.

What it is: As evidenced by this list, Sir David Attenborough has been the elegant, soothing voice behind many of the best nature documentaries ever produced, and his work over the past half century has not only highlighted the most astonishing wonders of our planet but also advocated for a greater dedication to ecological preservation. This documentary — narrated by Attenborough himself, of course — utilizes his remarkable life as a backdrop to examine how drastically the world has changed during the course of his career, and it serves as his personal “witness statement” to encourage humanity to fundamentally change its relationship with nature for the greater good.