Pascal and Arturo Castro, his costar in the Netflix original series, talk about what audiences can expect from the rise of the Cali Cartel. 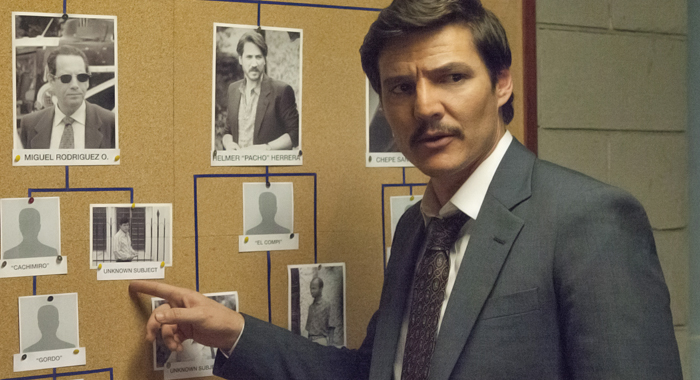 Buckle up: Narcos season 3 is headed into uncharted territory. Perhaps the biggest question going into the acclaimed series’ Sept. 1 premiere is how the death of its purported protagonist, the Columbian drug lord Pablo Escobar (played by Wagner Moura), will affect the series as a whole. While surprises run a-plenty this round, we at least have one constant: Pedro Pascal as Detective Javier Peña.

While real-life DEA agent Peña left the Columbia drug trade after Escobar’s 1993 capture and death, Narcos’ showrunners, who have openly fictionalized several aspects of Escobar’s story, decided to rewrite Pascal into the script, tapping him to stick around for season 3’s deep dive into the Cali Cartel, who rose to power in the Medellín Cartel’s wake. Pascal is joined in season 3 by many Narcos newcomers; on the DEA front, that includes Michael Stahl-David, who plays DEA agent Chris Feistl, and Matt Whelan, who plays Feistl’s more serious partner, Daniel Van Ness.

“It was fascinating for me, because honestly, [Peña’s] return to Colombia for season 3 was as much of a surprise to me as it is to any audience member,” said Pascal, who’s also known for playing Game of Thrones’ dearly departed Oberyn Martell.

“I always knew we were playing real people that were there throughout the Pablo Escobar chapter, and so I expected to be done like everyone else — and I then I wasn’t,” he continued. “We had to go into a totally new territory in the same sense that the character did.” 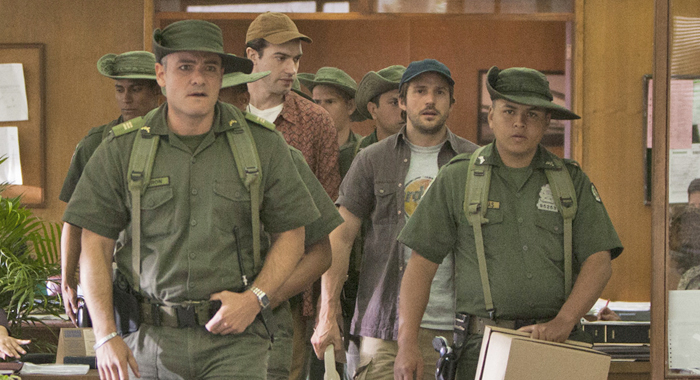 Pascal said that the series’ third 10-episode run posed a new and exciting challenge for him as an actor, in that he got to take the “somewhat mysterious, grumpy, depressive DEA agent” that he’d developed over the first two seasons and put him in an all-new, fictionalized situation while dealing with the Cali Cartel. “[Peña is] given more responsibility, and his hands are more tied behind his back in terms of the enemy that he’s fighting,” Pascal explained.

So just who is this Cali Cartel? Pegged at the time as the richest drug trafficking organization in the world, the cartel is run by four godfathers who, according to Netflix, prefer “to bribe government officials and keep its violent actions out of the headlines.” In other words, they’re much different than the Medellín Cartel we have come to know. Other than the fact they both trafficked cocaine to the United States, Pascal said that “they’re different in every way, to be honest.”

It was an industry that raked in “millions and millions and millions of dollars” and, like the Medellín, was run with an iron fist — they had “a lot of violent control of the industry,” Pascal said. But they posed a different, perhaps more complex threat in that they “were very implemented into the society that they were controlling, and in the pocket of all of its facets.” Not only that, but under the four godfathers, there was more than one dictatorial target. “There were a number of things that needed to be kind of broken down — a lot of legs that needed to be cut — for the entire system to crumble,” Pascal continued, explaining that at the height of their powers, taking the Cali Cartel down was “seemingly essentially impossible. [It’s] a completely different animal.”

As we said: buckle up. 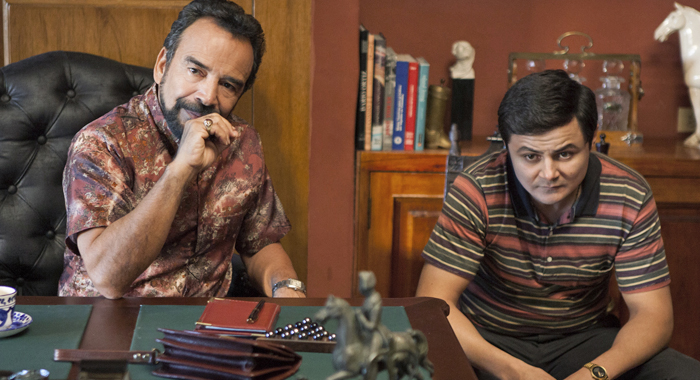 The Cali godfathers we meet this season are Pacho Herrar (Alberto Ammann), Chepe Santacruz Londono (Pêpê Rapazote), and the two Rodriguez brothers: Gilberto (Damián Alcázar) and Miguel (Francisco Denis). But it’s not just those four to keep an eye on; as actor Arturo Castro (Broad City, Billy Lynn’s Long Halftime Walk) told us, this is a family affair.

Castro plays David Rodriguez, Miguel’s eldest son. He revealed that, taking over his family’s operation after his father and uncle are arrested, “[David] just starts taking more and more control and becoming more and more ruthless in order to protect his father’s position.” What does that entail, exactly? As Castro put it with a dash of dark intrigue, “Torture scenes are the best.” While David’s “methods are definitely questionable,” it’s all done in the name of family, perhaps too literally fighting tooth and nail for power.

Whether that fight will pay off, however, and whether or not we will see the Cali Cartel (which after two years gave way to the Mexican cartels) return for Narcos’ already-ordered fourth season is still up in the air. Tune into Netflix to see what else in store when season 3 drops in full this Friday, Sept. 1.