Five things to know about the comedy, which stars Sarah Lancashire as iconic chef Julia Child.

When you tune in to HBO Max’s new comedy Julia, be sure to have plenty of eggs and butter on hand. The series, which follows the journey of Julia Child from Boston retiree to beloved TV cooking pioneer, will have you hungry for a French omelette by the end of the first three episodes.

The Mastering the Art of French Cooking author brought traditional French delicacies to the masses with her debut cookbook in the 1960s, then with her public television series The French Chef. In Julia, the dishes are lovingly brought to life by food stylist Christine Tobin. But the most impressive screen translation is Julia Child herself, played by Happy Valley star Sarah Lancashire.

Rotten Tomatoes spoke with the cast of the series, plus showrunners Chris Keyser and Daniel Goldfarb, about why their historical comedy is so delectable. Read on for five things to know about Julia. 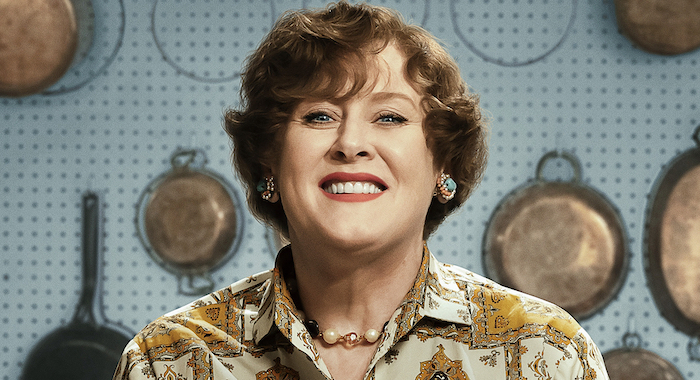 There’s a lot of footage of Julia Child out there, which is how Lancashire began her research for the role. The actress told reporters during a 2022 Television Critics Association virtual press tour panel that she dove deep into the chef’s archives. “But that’s not a hardship. She’s a joy to watch,” Lancashire admitted. “You kind of want to be in her company, and, yeah, she makes you feel better about the world. She’s a tonic.”

Her castmates, including Fran Kranz, who plays producer Russ, and Brittany Bradford, who plays producer Alice (a fictional amalgamation of several different real-life people), said that watching the actress transform into Julia Child in front of them was nothing short of magical; in fact, Kranz said, “I saw her more as Julia than I did Sarah, so I would bump into her on the elevator and be shocked by, Who is this person?” 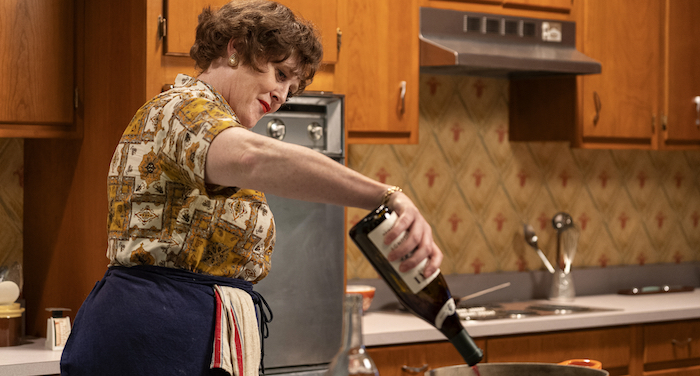 The stunningly shot food was always a central facet of the series, executive producer Goldfarb said. “It was always part of the show that there would be beautiful, mouthwatering, sensual, delicious food wherever we could show it, and not just when she’s on the set of The French Chef cooking and teaching.”

The on-screen delicacies were created by food stylist Tobin, who waited tables at French restaurants for decades, but “my skill set was never really in French food,” she told Rotten Tomatoes. “I find it just as intimidating as anybody else. But really sitting down and giving the book and her recipes and her words the respect that it deserves, and really understanding the breadth of it, really did calm me down.”

Every bite of food on the show was not only entirely edible, but served at the perfect temperature, the actors confirmed. In fact, while many film sets employ a bucket for actors to spit food after each take, the cast of Julia rarely made use of one. David Hyde Pierce, who plays Child’s loving husband, Paul, said that during a scene set at a Chinese restaurant he ate more than a meal’s worth. “I found out that I had eaten 60 dumplings by the time we finished shooting the scene, which I didn’t know at the time. I’m not sick of the food, but it may kill me,” he joked.

Tobin had her own prop kitchen on set where she would make sometimes 20 versions of a cake or a burger, all of it edible. A communal fridge housed leftovers for the taking, and she would even amend recipes depending on cast or crew members’ dietary restrictions. Some actors had their favorites, however; Bebe Neuwirth, who plays Child’s best friend Avis DeVoto, said, “It’s a good day when they’re making a chocolate souffle on set, because everything smells like chocolate.”

3. It tackles big issues, too. 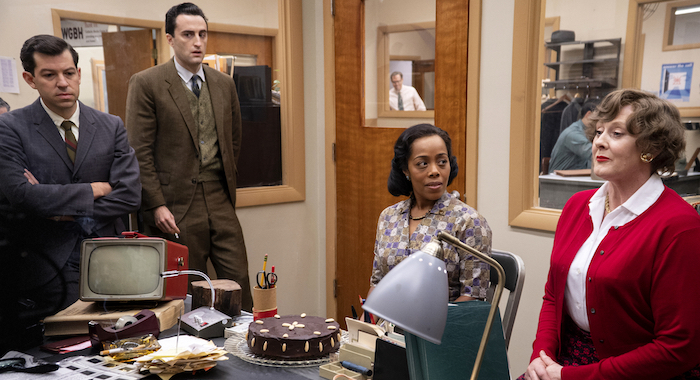 Sure, this is a show about a specific woman — but it’s also about the advent of modern television, and about racism and sexism in the 1960s, and about the prototypical ideal of femininity, and feminism, and the sophistication of the American palate. You know, small stuff.

“It’s a really fascinating period of time in American history,” Goldfarb explained, “and it felt like we could use Julia to explore so many cultural changes taking place [and] show a mirror to the society that we’re living in today.”

But it’s not like Child was a paradigm of political correctness. In one episode, noted Keyser, Child has dinner with best friend James Beard, who would later come out as gay, then go home and have a conversation with her husband about “fairies in San Francisco.”

There was still a contradiction: “Part of what makes Julia such an exciting character to dramatize is all the contradictions,” Goldfarb said, “that on the one hand, she was really forward-thinking and in a way, a feminist icon in terms of what she did and how she did it through sheer force of will, but she did it by playing a 1950s housewife standing behind a kitchen, cooking meals for her family. All of those contradictions are part of what makes her a really interesting, complicated, exciting person.” 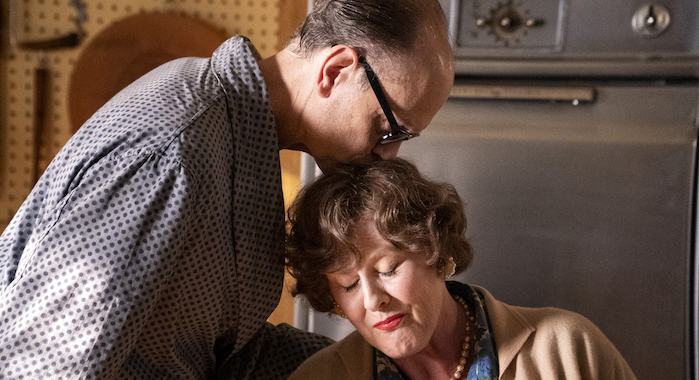 Boston was Child’s home. “She loved Boston, and Boston loved her,” Keyser said.

Proof of Child’s continued popularity there: The production wanted to film a scene in Boston Common, a location for which it is notoriously difficult to secure filming permits. But as soon as the administrators discovered the requesting show was about Julia Child — “They said, ‘What’s happening?’ And we’re like, ‘Julia Child is having ice cream,'” Goldfarb said — they immediately granted permission. “‘The Common is yours. Use it for as long as you want!'”

Fiona Glascott, who plays Child’s cookbook editor Judith Jones, said, “Every single person I met went either, ‘Oh, I knew her,’ or ‘She used to get her meat down here’ or ‘My dad was her friend’ or somebody was her butcher. It’s extraordinary.”

5. You — or someone you love — will definitely become inspired in the kitchen. 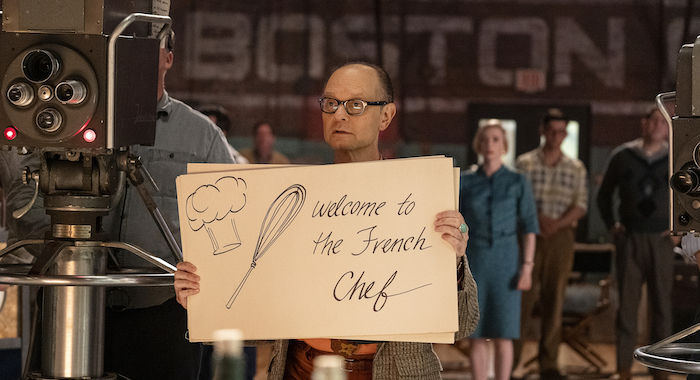 In the first episode, Child makes an omelette on a hot plate while appearing on a book talk show. Later episodes will see her make some of her most famous episodes, including boeuf bourguignon, coq au vin, and many, many more.

Although Tobin has professional culinary experience, she encourages viewers to pick up a copy of Mastering the Art of French Cooking and try some of Child’s recipes: “Everyone at home should be making the recipe out of her cookbook because they really are simple recipes.”

While some of the show’s stars just don’t have the culinary touch — Glascott burned her attempt at boeuf bourguignon — others were inspired by Child. Neuwirth’s husband tried his hand at some French recipes, although the actress did not.

Bradford, too, started (and failed) with boeuf bourguignon during quarantine. “That was also not for me,” she said, “but I had to make many a French omelette on one of the last few episodes. So [now] I make omelettes a lot. Omelettes are very big now in my home.”

Episode 1 is now available to stream for free on YouTube.