Game of Thrones prequel EPs come and go. Plus, an Academy Award winner joins a new Marvel series, a music superstar cameo on a current MCU show, animated Clue, Goldbergs and Conners cast departures, and more of the biggest news in TV and streaming.

HBO Max’s new hit House of the Dragon is already shifting some creatives. The MCU is bringing back a fan favorite and revealing a surprise cameo. Fox is getting a Clue and The Goldbergs made a very final decision about one of their former stars. Plus, more of the biggest news in TV and streaming this past week.

HOUSE OF THE DRAGON SHOWRUNNER SHAKEUP 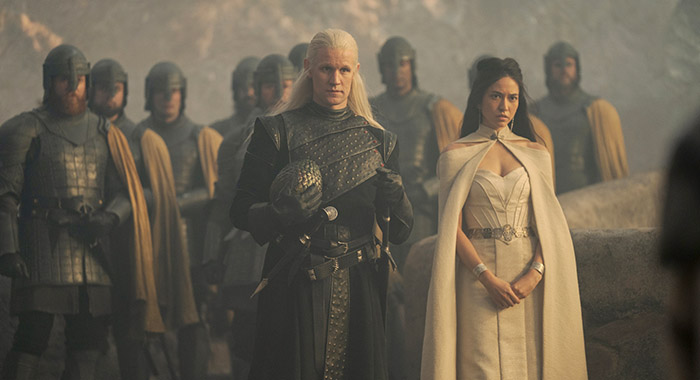 House of the Dragon season 2 will have a slightly different creative team. Co-showrunner Miguel Sapochnik is moving on, though not far. Sapochnik has a first-look deal with HBO to develop new projects and will retain his executive producer credit on the Game of Thrones prequel, HBO confirmed. Ryan Condal will continue solo as showrunner. Frequent Game of Thrones director Alan Taylor will join as executive producer on season 2.

“It was incredibly tough to decide to move on, but I know that it is the right choice for me, personally and professionally,” Sapochnik said in a statement. “I believe this precious series could not be in safer hands.”

House of the Dragon topped 10 million viewers in its series premiere and added even more in its sophomore episode.

Jennifer Coolidge narrates a White Lotus season 2 teaser as her character, Tanya McQuoid-Hunt, now a White Lotus Blossom Circle member. She touts the brand as luxurious shots of the Sicily resort welcome guests. We’ll get to watch this October. (HBO)

More trailers released this week
• Yellowstone’s season 5 teaser promises “All will be revealed” but reveals nothing except shots of Wes Bentley, Kelly Reilly, Luke Grimes and Kevin Costner. John Dutton (Costner) says, “We’ll show the world who we are, and what we do.” We know who the Duttons are but have to wait until Nov. 13 to see what they do next. (Paramount Network)
• Manifest  season 4 revisits the initial flight that disappeared for five years. The new trailer previews the final season’s terrifying force stalking the survivors. Manifest Season 4 premieres Nov. 4. (Netflix)
• Walker: Independence promises a lot of quick draws and shootouts. Abby Walker (Katherine McNamara) is looking for more than just revenge. She wants justice for the murder of her husband. Coming Oct. 6 to The CW.

• The English teaser shows Emily Blunt and Chaske Spencer in a brutal Western featuring hanging, splayed bodies. Coming Nov. 11. (Prime Video)
• Thai Cave Rescue limited series’ teaser depicts the children trapped in a cave and the Navy SEALs who mounted the rescue operation. The real-life incident was also the basis for Ron Howard’s movie Thirteen Lives and another film, Cave Rescue, starring Jim Warny, the actual Irish diver who joined the efforts, as himself. A documentary on the story, 13 Lost, was released in 2020. (Netflix)
• Tell Me Lies shows Stephen (Jackson White) meet Lucy (Grace Van Patten) at Baird College. At first she’s unsure she wants to date him, but when a crisis happens they get close. Then Stephen’s secrets start to come out, including that he’s already got a girlfriend. Emma Roberts executive produces. Tell Me Lies premieres Sept. 7 . (Hulu)
• The Imperfects introduces a banshee, a chupacabra, and a succubus looking for a cure to their conditions. Get a first glimpse of their powers in action and see more on Sept. 8. (Netflix) 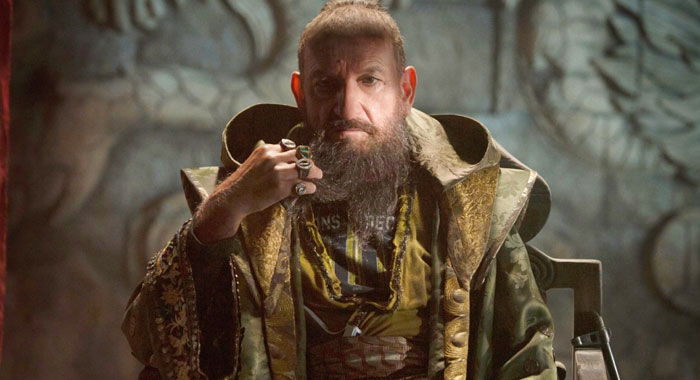 Marvel is bringing Wonder Man to Disney+ according to Variety. While the show would introduce a new star as Simon Williams, the show is reported to include Trevor Slattery (Ben Kingsley). You’ll remember Slattery from Iron Man Three, where he was hired to play The Mandarin as a decoy villain. Slattery returned for a Marvel One Shot short, and played a significant supporting role in Shang-Chi and the Legend of the Ten Rings. The comics have depicted Williams as an actor and stuntman, so that could explain how Slattery figures into his story. Williams is also an industrialist who can’t compete with Stark Industries. In the comics, Williams goes to work for Baron Zemo who gives him ionic super strength and durability. Disney did not respond to Rotten Tomatoes’ request for confirmation prior to publication.

Meanwhile in the MCU, Megan Thee Stallion appeared on She-Hulk: Attorney at Law this week, a role she confirmed in an interview with The Cut; however, the Grammy winner had not disclosed that she was playing herself. She twerks with Jennifer Walters (Tatiana Maslany) after Jennifer proved her client was dating a Megan imposter.

In Maslany-adjacent news, Keeley Hawes has joined Orphan Black: Echoes, the AMC spinoff of the BBC America series that starred Maslany. Krysten Ritter stars in and executive produces the new series, and Amanda Fix and Avan Jogia also star. Currently in production in Toronto, Echoes premieres on AMC next year.

Jennifer Connelly will star alongside Joel Edgerton in Apple TV+’s limited series Dark Matter. Edgerton will play a physicist abducted into an alternate version of his life. Connelly will play his wife. (Variety)

Lindsay Lohan will star in the Netflix rom-com Irish Wish. The streamer previously announced a two-picture deal with Lohan in March. Irish Wish is the second, and stars Lohan as a bridesmaid at an Irish wedding who wishes for true love. When she wakes up, her wish is granted. Janeen Damian directed both Irish Wish and Lohan’s first Netflix movie Falling for Christmas, out Nov. 10. (EW) 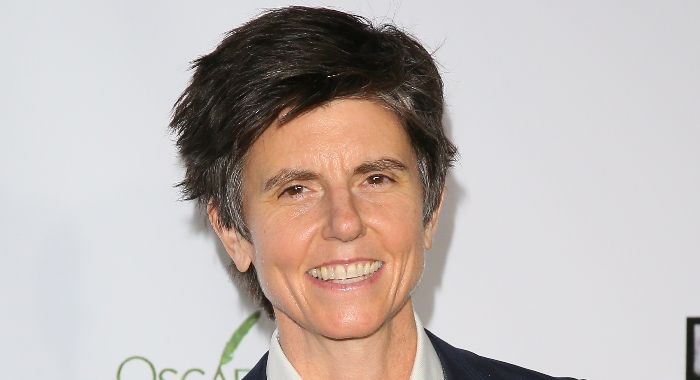 The Epix horror drama From has added five new cast members: Nathan D. Simmons, Kaelen Ohm, Angela Moore, AJ Simmons, and Deborah Grover. Additionally, Scott McCord has been promoted to series regular as Victor. Season 2 began production in Halifax and should be on Epix in 2023. 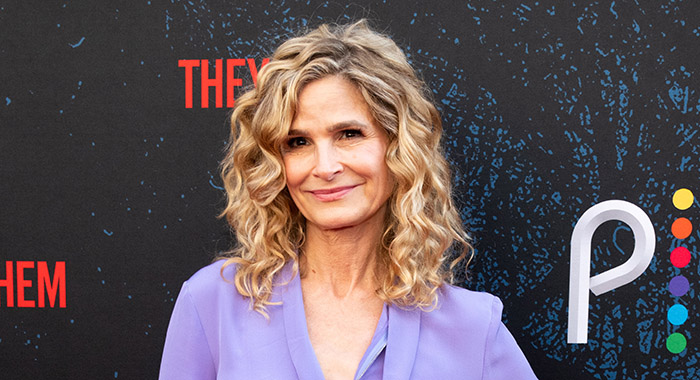 Kyra Sedgwick and Elsie Fisher join season 2 of The Summer I Turned Pretty in recurring roles. No details about their roles were announced.

The Connors will not include DJ (Michael Fishman) in its fifth season. Fishman confirmed to People that the show told him he would not be returning. DJ’s daughter Mary (Jayden Rey) will remain a series regular according to TV Line.

Vinessa Shaw joins Swagger for its second season on Apple TV+. Shaw will play Cedar Cove Prep School Board Chairwoman Diane, who also has a son on the basketball team in the show based on Kevin Durant’s childhood. (Variety)

PRODUCTION AND DEVELOPMENT: The Goldbergs Kill Off Jeff Garlin’s Murray for Season 10 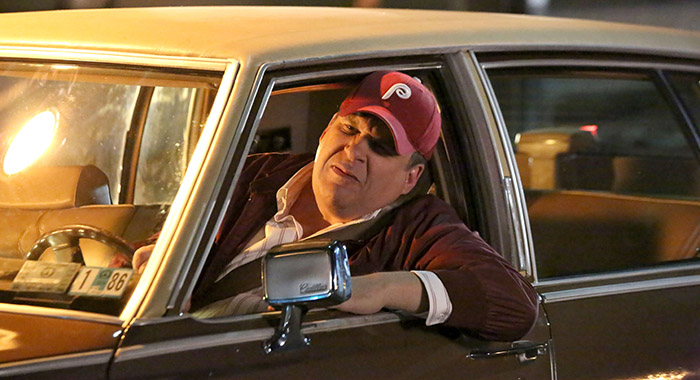 The Goldbergs has made a decision about how to handle the departure of Jeff Garlin. Patriarch Murray Goldberg (Garlin) will have died before the season premiere, co-showrunner Chris Bishop told Entertainment Weekly, and season 10 picks up months later. Garlin left The Goldbergs during season 9 after an HR investigation into complaints about his on-set behavior. The actor, who also executive produces and stars on Curb Your Enthusiasm, defended himself in an interview with Vanity Fair. Season 10 will see Erica (Hayley Orrantia) and Geoff (Sam Lerner) have a newborn. David Hasselhoff will also guest star.

Fox is developing an animated series based on the board game Clue. Amber Ruffin Show’s Dewayne Perkins will write and executive produce. Fox and eOne confirmed the story. Tim Story will executive produce. The Clue game features a rogue’s gallery of suspects and murder weapons that change with each game. It was the subject of a live-action movie starring Tim Curry, Madeline Kahn, Christopher Lloyd and more in 1985. Phrases like “It was Colonel Mustard in the foyer with the candlestick” could solve the mystery and win the game. Animation house Bento Box Entertainment, which produces Fox’s Bob’s Burgers and The Great North, is also on board. eOne is also developing a live-action Clue movie to star Ryan Reynolds. (Deadline)