The Omen gets a prequel, and new projects for Nicolas Cage, Brendan Gleeson, Sebastian Stan and Seth Rogen, Xochitl Gomez and Mary Elizabeth Winstead, and more.

This week’s Ketchup brings you more headlines from the world of film development news, covering such titles as First Omen, Joker: Folie a Deux, and Beverly Hills Cop: Axel Foley. 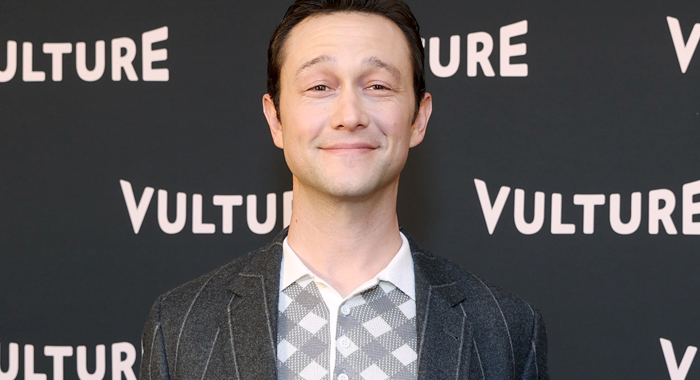 The runaway box office success of Top Gun: Maverick (over $1.4 billion in worldwide box office) may have inadvertently led to a new mini-trend of franchise reboots or sequels using the main character’s name as the new subtitle. That is, if one other example counts as a trend. Eddie Murphy, whose first breakout movie hit was Beverly Hills Cop (Certified Fresh at 83%) in 1984, has been trying to get a fourth Beverly Hills Cop movie going since at least 2013. Netflix came aboard the sequel in 2019, and has now given the film a greenlight, along with a new title: Beverly Hills Cop: Axel Foley. Murphy will reprise the title character and his co-stars will include Joseph Gordon-Levitt and relative newcomer Taylour Paige (Zola) in unknown (but perhaps easily guessed) roles. Commercials director Mark Molloy will make his feature film debut with Beverly Hills Cop: Axel Foley, working from a screenplay by Will Beall (Gangster Squad, co-writer of Aquaman). In related news, Joseph Gordon-Levitt will also co-star in the sci-fi thriller Ash with Tessa Thompson (Marvel’s Valkyrie in films like the recent Thor: Love and Thunder). Thompson will play the lone survivor of a space station orbiting a distant planet, while JGL will play the person sent to rescue her.

In the weeks following the GameStop short squeeze last year, there were multiple stories about various projects based on that surprising Wall Street manipulation. The project that appears to be winning that race is called Dumb Money, an adaptation of Ben Mezrich’s book The Antisocial Network. Two of the stars of Dumb Money, Seth Rogen and Sebastian Stan, recently worked together on the Hulu limited series Pam & Tommy (Fresh at 79%). All four of the Dumb Money stars announced this week have also co-starred in superhero projects: Paul Dano (The Batman), Pete Davidson (The Suicide Squad), Seth Rogen (Green Hornet), and Sebastian Stan (The Falcon and the Winter Soldier). Dumb Money will be directed by Craig Gillespie, who also directed I, Tonya (Certfied Fresh at 90%) and three episodes of Pam & Tommy, when filming starts next month in October.

2. IS NICOLAS CAGE IN AN A24 COMEDY A DREAM SCENARIO?

The indie studio A24 has established itself with films from across a wide range of genres, but with the exception of movies like The Disaster Artist (Certified Fresh at 91%), Obvious Child (Certified Fresh at 90%), and the multi-genre mashup Everything Everywhere at Once (Certfied Fresh at 95%), they haven’t tackled many comedies. Nicolas Cage, who is coming off the critical success of Pig (Certified Fresh at 97%) and The Unbearable Weight of Massive Talent (Certified Fresh at 86%), has signed with A24 to star in their comedy Dream Scenario. Ari Aster, who directed both Hereditary and Midsommar for A24, will be one of the producers of Dream Scenario, which will be directed by Kristoffer Borgli (Sick of Myself). A24 has not yet revealed any details about the film’s premise.

Many of this week’s new projects were announced in conjunction with the upcoming Toronto International Film Festival’s film market, which starts next week. One of the movie packages being sold to distributors at TIFF is a sci-fi thriller called Ursa Major. Mary Elizabeth Winstead (10 Cloverfield Lane, Birds of Prey) and Xochitl Gómez (America Chavez in Doctor Strange in the Multiverse of Madness) will star in Ursa Major as a mother and daughter “fighting for survival on an Earth-like planet, hiding from a group of relentless hunters, [as] the added threat of an imminent and deadly storm approaches.” Ursa Major will be directed by the brother team of Jonathan and Josh Baker (AMC’s Kin) from a screenplay by Station Eleven creator Patrick Somerville.

4. ONCE UPON A TIME… IN HOLLYWOOD BREAKOUT STAR JULIA BUTTERS JOINS HORROR FILM QUEEN OF BONES

Thirteen-year-old actress Julia Butters was arguably the breakout star of Once Upon a Time… in Hollywood (Certified Fresh at 85%) as the young actress who gives Leonard DiCaprio’s character advice, and 15-year-old Jacob Tremblay rose to fame just a few years earlier in Room (Certified Fresh at 93%). Butters and Tremblay will star together in the period horror film Queen of Bones as twin siblings in 1931 Oregon living with their father (Martin Freeman) who discover an Icelandic spell book that they suspect may be connected to the death of their mother. Taylor Schilling will also co-star in Queen of Bones for director Robert Budreau (Delia’s Gone).

In June, just before all of the controversy that erupted as a result of the Warner Bros. Discovery merger, Warner Bros. announced that Lady Gaga was in talks to join the musical sequel Joker: Folie a Deux, which is luckily still moving forward, starring Joaquin Phoenix and the returning Zazie Beetz. This week, the fourth cast member of Joker: Folie a Deux and the first new actor since Lady Gaga was revealed to be veteran Irish actor Brendan Gleeson (In Bruges, Paddington 2). As is fairly usual for comic book movies at this point, the nature of Brendan Gleeson’s character hasn’t been revealed yet (this writer’s guesses range from Commissioner Gordon to the Penguin), but filming of Joker: Folie a Deux is scheduled to start in December, 2022, aiming for a release date of October 4, 2024.

20th Century Studios is in the midst of reviving various classic genre franchises in a wave that arguably started with the Predator prequel Prey (Certified Fresh at 93%) and will continue with the just-announced Planet of the Apes, as well as remakes or reboots of Clue, The League of Extraordinary Gentlemen, and Revenge of the Nerds. Another franchise about to be revived is The Omen, which started in 1976 with the original The Omen (Certfied Fresh at 84%), with a prequel called First Omen inching closer to production. Most of the previous films in The Omen franchise focused on a prophesized antichrist named Damien Thorne, but this prequel appears to have a female lead to be played by Nell Tiger Free (Apple+ TV’s Servant).

Director Francis Ford Coppola has been struggling to get his epic urban planning drama Megalopolis produced since the early 2000s, and he’s finally doing so by investing his own $100 million to get the ambitious project finished. In recent weeks, some of the additions to the Megalopolis cast have included such talents as Adam Driver, Nathalie Emmanuel, Laurence Fishburne, Aubrey Plaza, Jon Voight, and Forest Whitaker. Six more actors and actresses were announced for Megalopolis this week, and they include two of Coppola’s own relatives, as Talia Shire (who co-starred in Coppola’s The Godfather and its sequels) is his sister, and Jason Schwartzman is her son (and therefore Coppola’s nephew). In addition to Shire and Schwartzman, the new Megalopolis cast members also include Shia LaBeouf, Kathryn Hunter, James Remar, and Grace VanderWaal. It’s not yet known if this group completes the core cast of the film, or if there are still yet others to come.