Tis the season of the witch, and Disney+ is sending the Sanderson sisters back to Salem as Bette Midler, Sarah Jessica Parker, and Kathy Najimy reprise their roles from the 1993 movie.

TAGGED AS: Disney+ Disney Plus, streaming

The film Hocus Pocus 2 premieres Friday on Disney+ with Bette Midler, Kathy Najimy and Sarah Jessica Parker returning, respectively, as Winifred, Mary and Sarah Sanderson — child-hunting witches who were hanged in 1693 in Salem, Massachusetts, only to be resurrected after a virgin lights the magical Black Flame Candle on Halloween night. 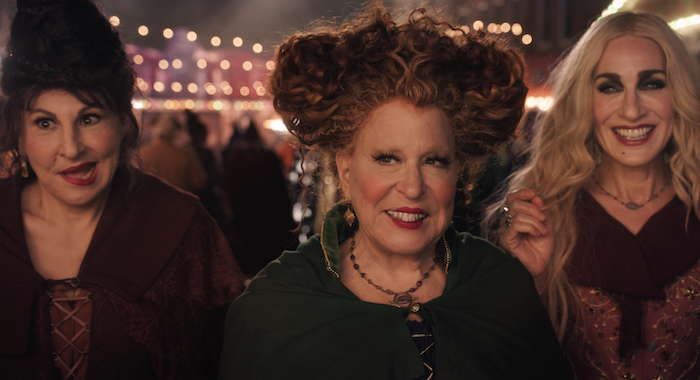 “The mission, in … the story [is] honoring the first movie,” Hocus Pocus 2 director Anne Fletcher said during a press conference on Wednesday. She added that the script, which was written by Jen D’Angelo, is about “making sure that I’m honoring these characters for the fans and bringing it into a new generation.”

Below are some of the other details she and the cast shared about the sequel. 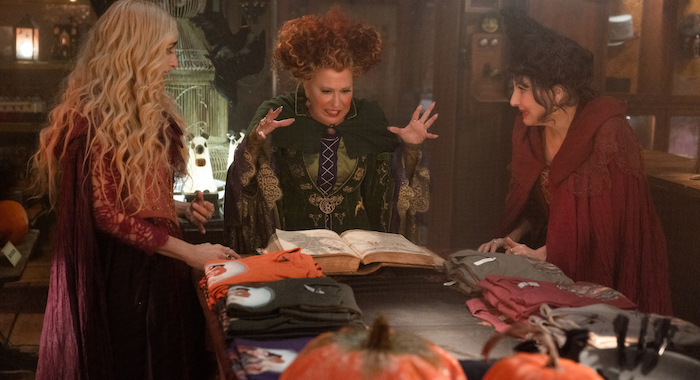 During the press conference, Midler made a case for the Sanderson women being anti-heroines before being an anti-heroine was cool.

“There’s so much going on in this world that we never really realized until maybe the last 25, 30 years, maybe 50 years [that] things have changed for women — but things have not changed fast enough for women,” the film icon and noted feminist said.

She added that, although this is a movie about vengeance and focuses on witches who suck childrens’ souls, “I think these three characters are, in a strange and odd way, really quite positive for women.”

She said that the positives include that they’re funny, which is not a trait traditionally encouraged for women, and also devoutly loyal to each other, relating back to the new film, which centers on the relationships among a trio of members from a chosen family: Peak’s Becca and her friends Cassie (Lilia Buckingham) and Izzy (Belissa Escobedo). 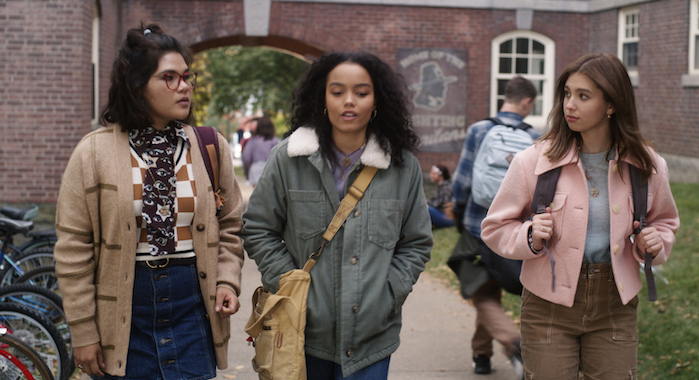 Fletcher mentioned little Easter eggs that tie each of the new female leads to the original ones, such as hair similarities or details on their costumes.

That we meet these teens at a crossroads in their friendship is relatable, Buckingham said.

“We have this love for each other and this friendship,” she said of these characters. “But every teen knows what it’s like to go through a rough patch with your friends, and to have your first boyfriend or girlfriend and then do all of that and, kind of, figure it out.”

But they’re not complete duplicates. While Peak acknowledged that there is “an interesting parallel of the older witches,” she stresses that the new group is made up of “three completely different walks of life in just personality and individuality.” 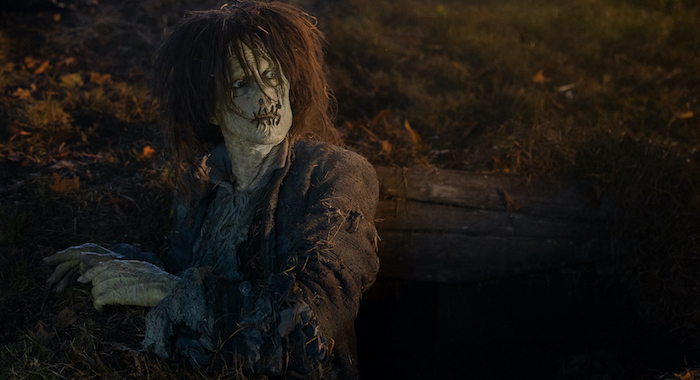 Although this is a new story with new cast members, some other characters from the first movie will also be back.

Prosthetic makeup king Doug Jones returns as the zombified remains of Billy Butcherson, Winifred’s alleged boyfriend from the 17th century (although, as we learn in this film, that’s not the whole story). Because this is a movie geared toward younger audiences, zombie Billy doesn’t eat brains; he just wants to rest in peace.

Jones described the character as “goofy, floppy fun” and that “he kind of matches the energy and the floppiness and the fun and the overdone characters of the sisters.”

As to how easy it was to return to the role, Jones said that he looked at himself in makeup and thought “oh my gosh, two minutes have passed in the last 29 years. He came back right away — voice and everything. I don’t know how that happened. But it was kind of magical.”

Still, not everyone from the original cast could find a way back to Salem. Thora Birch, who played Max’s younger sister Dani — and the catalyst for the events of the first film — told Entertainment Tonight that she was “dismayed” that scheduling conflicts kept her from being in the new film. 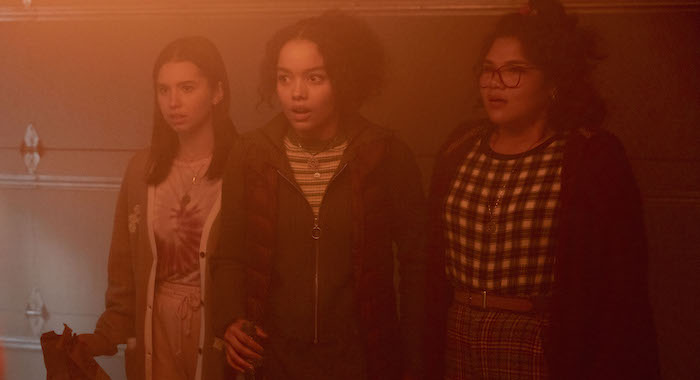 The first film, which was directed by High School Musical’s Kenny Ortega, has a 38% Tomatometer score and collected only $4.8 million at the box office.

It’s also become a beloved film for members of the queer community, thanks to its themes like misunderstood outsiders and acceptance. And it doesn’t hurt that Midler herself is a LGBTQAI+ icon. Page Six asked her during the red carpet for the film’s premiere if Hocus Pocus 2 would cement her status as a gay icon. She laughed and said “No! This is worldwide, this is global, girl! Get a grip!”