Hear Us Out: Roald Dahl's The Witches Is the Scariest Kids' Movie Ever Made

We never looked at an oil painting the same way again... 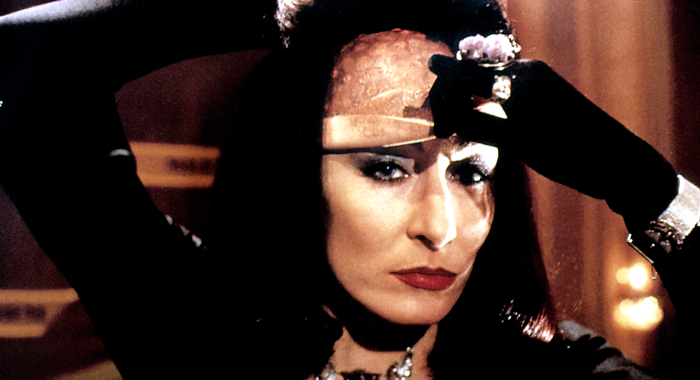 There is a big difference between scary kids’ movies, and kids’ movies that just happen to scare kids. We wrote about the latter just last month, as we explored animated movies that weren’t necessarily intended to be horror pieces, but still managed to traumatize young viewers. But the former, the kids’ movies that are actually meant to be scary, are quite a special thing. The ’80s and early ’90s gave us plenty of darker movies for kids that managed to be creepy enough to scare the young audience – and frankly, many of the adults who were sitting with them – but still provided enough wonder and entertainment for those kids to return to the films again and again. Just to be terrorized once more.

Among these darker films, there is one that stands above the rest: the Nicolas Roeg adaptation of Roald Dahl’s The Witches. The story of an orphan and his grandmother who happen upon a convention of witches at a seaside hotel – and the beginnings of a scheme to rid the world of children – landed in U.S. theaters in August of 1990, and was immediately heralded as a groundbreaking entry in the canon of dark kids’ movies. With grotesque makeup courtesy of Jim Henson’s team, a chillingly memorable Anjelica Huston as the Grand High Witch, and Dahl’s ceaselessly dark story, it would become a VHS favorite for more adventurous children. (A remake, directed by Robert Zemeckis and starring Octavia Spencer and Anne Hathaway, is due in theaters in 2021.)

To mark the 30th anniversary of the terrifying, hilarious, and unforgettable original, we’re going to avoid eating the soup and explore why this is the scariest kids’ film ever made. Period.

Forget Scream: This is the Opening 10 Minutes That Still Keeps Us Up At Night

Plenty of horror movies, both for kids and adults, take their sweet time getting to the good stuff. Thankfully, The Witches wastes nary a minute, opening with evil witches, a terrifying short story, and establishing its lore as grandma Helga (Mai Zetterling) explains to Luke (Jasen Fisher) her hatred for the story’s vicious child-killing witches and how to spot them. Right out of the gate, the film taps directly into the “Stranger Danger” panic of the ’80s, as Helga says, “You can never be sure if it’s a witch you are looking at or a kind lady.”

Then shit gets really creepy.

As Helga explains how to spot a witch – no toes, purple tinge to their eyes – she tells the story of how her childhood friend Erica became a victim to the witch that lived next door. The way the film frames Erica’s disappearing in a laneway, kidnapped by the friendly neighbor, is enough to send chills down both kids’ and adults’ spines. But then Helga reveals that a few weeks after the kidnapping, she noticed a strange little girl in the painting Erica’s dad bought the day she went missing. Turns out, Erica is trapped within the painting, cursed to live her life in a 2-D space, growing old until one day she disappears. (Find us a ’90s kid who doesn’t remember the haunting image of Erica in that) painting.

In just 10 minutes, the movie mixes the fantastical concept of witches with the real fear of child abduction, and shatters our view of a group that we’re traditionally taught to see as safe — the nice old lady across the street who gives you candy and pinches your cheek.

Then, to cap things off, Luke’s parents die.

The Director Is A Horror Genius And Doesn’t Hold Back

Despite his reputation as a children’s author, Dahl writes plenty of disturbing imagery into his work. While many directors adapting his stories play down that aspect of the material — think Matilda, The BFG — the director of one of the best and most adult horror films ever made, Don’t Look Now, was determined to bring the cruelty and ugliness that The Witches required.

Having Nicolas Roeg direct a kids’ movie certainly was an odd choice, on the surface, given the director’s reputation for thrillers with plenty of sex appeal. And yet, Roeg manages to perfectly translate the unpleasantness of the titular witches to the big screen, and create a sense of unease throughout. Watch as he uses extreme close-ups and Dutch angles to give the entire film an unsettling vibe. This is particularly effective when Huston’s Grand High Witch pushes a baby carriage towards a cliff’s edge and a chase to save it unfolds; the scene is already shocking by its nature, but Roeg treats it with the same seriousness as he did his nightmarish, lost-in-Venice scenes in Don’t Look Now, turning it into an unspeakable act of unfathomable sadism.

Roeg has admitted that he accidentally let his son watch the dailies, which helped him realize what scenes were too terrifying for the final film.

Of course, the film wouldn’t have been possible without the bizarreness and horror of Dahl’s original story. Though we mostly remember him for his classic works of children’s fiction like Charlie and the Chocolate Factory, James and the Giant Peach, and Matilda, Dahl was not a stranger to horror. The author even hosted a pre-Twilight Zone sci-fi and horror anthology series called Way Out for CBS, and he always knew how to be scary without crossing a line, but also without ever talking down to his audience.

In The Witches, Dahl explores that period in which kids start to realize the world may not be as safe or as bright as their parents made them believe. First, he does it by turning the “nice old lady” into a vicious monster, allowing Roeg to force us to look with suspicion at every character who enters the frame and sow distrust with every purple glint in a hotel worker’s eye. Then, Dahl pulls a reverse Willy Wonka, using the chocolate bar as a poisonous weapon that threatens to turn every kid in England into a mouse. In Dahl’s world, as faithfully rendered by Roeg – until the tacked-on happy ending at least – nothing is safe. 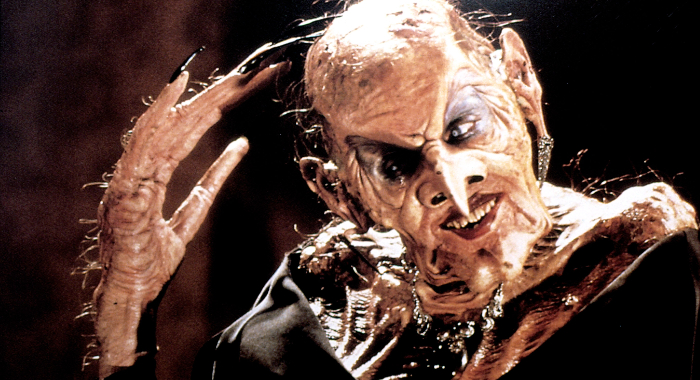 If there is one defining image of The Witches, it’s the unmasking of Huston’s Grand High Witch as she delivers her keynote address at the convention. After the stylish woman in that lush purple-lined cape walks onto the stage to the applause of her adoring fellow witches, she removes her wig to reveal a bald head — which we already knew to expect thanks to Helga’s warnings. But then she goes a step further, removing her face mask to reveal a gnarly monster that seems part Skeksis, part Freddy Krueger.

It’s incredible work by Jim Henson’s Creature Shop, and a far cry from either Kermit or even most of the creatures they conjured up for Labyrinth. The Grand High Witch is a masterpiece of horror makeup, and Henson’s team dive fully into the ugliness and gnarly-ness of the look, which reportedly took several hours to put on and then even more hours to remove. There is more incredible work, too, as children and witches are transformed into mice, but it’s Huston’s transformation that sticks in the memory. The moment the witch removes her face is the moment the film affirms what it has so far only hinted at: behind the gentle smiles hide heinous monsters ready to devour you.

Anjelica Huston Delivers One of the Great Horror Movie Performances

It’s one thing to have a villain who looks the part, but The Witches only remains as memorable as it does because its villain also acts the part. Even before her nightmare-inducing transformation, Huston is an enthralling menace, vamping it up – what even is that accent – as she sashays flirtatiously one minute, and stares down and terrorizes the next. The Oscar-winner sells a completely different attitude than any other witch in the film. Instead of warm, gentle, and easy to approach, Huston’s Grand High Witch exudes sex appeal, talks with a cold and detached voice that shows she knows she’s more powerful than everyone in the room – she’s Miranda Priestly, with certain unsavory appetites – and then writhes with pleasure when she’s about to demonstrate her child-killing abilities.

The film is constantly warning us against strangers, especially those who approach us with faked kindness, but Huston’s Grand High Witch doesn’t need to fake anything.  She is a repugnant and vile monster, and yet we – and seemingly every man who encounters her in the film – are drawn to her, almost admiring her for daring to be herself: a true witch, mask on or off.

The Witches was released in U.S. theaters on August 24, 1990. It is available to stream on Netflix, and to rent or buy on FandangoNOW, Vudu, Amazon Prime, and iTunes. 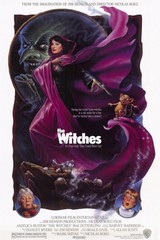