This week’s Ketchup brings you more headlines from the world of film development news, covering such titles as Dune: Part Two, Furiosa, Hercules, and The Green Hornet and Kato. 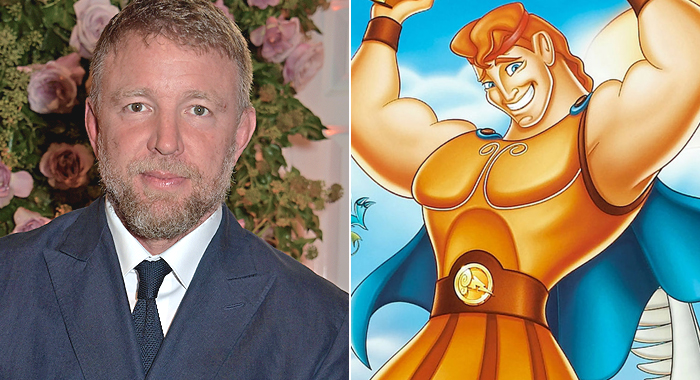 After one of the most talked about events of early 2022, it appears that whatever movement there might have been for a sequel to Disney’s 2019 live-action remake of Aladdin (Rotten at 57%) may have slowed down to a near halt. That delay may have opened a door for the film’s director, Guy Ritchie, as he has now stepped in to direct another live-action remake for Disney, namely 1997’s  Hercules (Certified Fresh at 84%). The new Hercules will be produced by AGBO, the production company of frequent Marvel Studios directors Joe & Anthony Russo. The first screenplay draft was written by another frequent Marvel Comics creative, Dave Callaham (co-writer of Shang-Chi and the Legend of the Ten Rings, and the upcoming Spider-Man: Across the Spider-Verse, due out 6/2/2023), but AGBO is also now looking for a new screenwriter to work on a second draft. No actors have been announced for the Hercules remake yet, but that hasn’t stopped rumors from circulating this week. There is also no release date yet, but it will probably be after the next few live-action Disney remakes, which include Pinocchio (9/8/2022), Peter Pan & Wendy, and The Little Mermaid (5/26/2023).

Following the box office ($400 million worldwide), critical (Certified Fresh at 83%), and awards success (six Oscars, and four other nominations) of Dune, director Denis Villeneuve quickly received a greenlight for Dune: Part Two (10/20/2023). Several characters from the Frank Herbert novel were left out of the first Dune so that they could debut in Part Two, and most of the casting has involved those characters, like Elvis star Austin Butler (as Feyd-Rautha Harkonnen), Florence Pugh (Princess Irulan Corrino), and Christopher Walken (Emperor Shaddam IV). The fourth major new addition is French actress Léa Seydoux, who is arguably best known for her two James Bond movies (Spectre and No Time to Die) and for her work with director Wes Anderson in films like The Grand Budapest Hotel and The French Dispatch. Seydoux is currently in talks to play Lady Margot Fenring, a member of the Bene Gesserit order (which includes Rebecca Ferguson’s Lady Jessica character). With Lady Margot’s inclusion, we can probably expect casting news soon for her husband, Count Hasimir Fenring, a member of the Emperor’s court. Warner Bros. and Villeneuve are expecting to start filming Dune: Part Two in the fall of 2022 for a release next fall (10/20/2023).

Anya Taylor-Joy (The Witch, The Queen’s Gambit) was first mentioned as the possible star of the Mad Max: Fury Road prequel Furiosa (5/24/2024) over two years ago, but the actual premise has been kept under wraps until now. We finally have the first brief official premise for Furiosa, which you can read in full here, but the set up is, “As the world fell, young Furiosa is snatched from the Green Place of Many Mothers and falls into the hands of a great Biker Horde led by the Warlord Dementus,” and then the story shifts to include a conflict with Immortan Joe (who would have to be recast following the 2020 death of actor Hugh Keays-Byrne). The Warlord Dementus has not appeared in any of the previous Mad Max films, but he was mentioned in the 2015 Mad Max video game. Chris Hemsworth has been described by some sources as playing the Furiosa villain, but this premise doesn’t clarify whether that might be Dementus or Immortan Joe. George Miller’s next film as director before Furiosa (5/24/2024) is this summer’s genie fantasy Three Thousand Years of Longing (Fresh at 63%), which stars Idris Elba and Tilda Swinton and recently held its world premiere at the Cannes Film Festival in May ahead of its scheduled release on August 31, 2022.

3. CLASSIC SUPERHEROES GREEN HORNET AND KATO TO BE REBOOTED

At one time, The Green Hornet was one of the most popular superheroes in pop culture, following his debut in 1936 (two years before Superman, and three before Batman) as the star of popular radio shows, film serials, and the 1960s TV show starring Bruce Lee as the martial arts sidekick Kato. The public profile of The Green Hornet has declined significantly over the last 50 years, despite Sony Pictures’ attempt in 2011 to reboot The Green Hornet (Rotten at 44%) as an action comedy starring Seth Rogen. The rights to the character have since moved from Sony to Universal Pictures, which is now developing another reboot to be titled The Green Hornet and Kato. To get the project started, Universal has begun negotiations with director Leigh Whannell, whose last produced feature film was Universal’s 2020 reboot of The Invisible Man (which was one of the last films released theatrically just before the initial COVID-19 pandemic shutdowns). If he signs, Whannell will likely be working off writer David Koepp’s (Jurassic Park, Spider-Man, Mission: Impossible) screenplay, which got Universal interested earlier this year. There is no release date for The Green Hornet and Kato and no indication of who Universal Pictures might be casting as the two lead characters.

Halfway through 2022, Warner Bros’ new take on The Batman (Certified Fresh at 85%) still holds the No. 3 box office position for the year with $369 million domestic and $770 million globally. Warner Bros. apparently wants to keep working with Zoë Kravitz (their new Catwoman), as they have picked up the rights to a short story by Leyna Krow specifically for her. Kravitz will produce and star in a heist movie called The Sundance Kid Might Have Some Regrets, about a pair of bank-robbing twins, one of whom has several superpowers like telekinesis, super strength, invincibility, and others. It’s not yet known who Kravitz will portray in the film. Besides The Batman, Zoë Kravitz also recently working with HBO Max in the thriller Kimi (Certified Fresh at 92%). In related news, Kravitz also took to her Instagram this week to announce that she has started filming her directorial debut feature film called Pussy Island, starring Channing Tatum, Naomi Ackie, and Simon Rex.

As streaming services grow in prominence, there is something of a paradox about how people perceive movies and TV. The demand for shorter movies led Netflix to create a filter for movies under 90 minutes, but at the same time, many fans think nothing of binge-watching a TV show for hours at a time. That viewing habit anomaly might be a factor in director Kevin Costner’s decision this week to split his upcoming Western epic Horizon into four separate feature films to be released about every three months. Costner is preparing to start filming Horizon in August as his first Western movie in 20 years since Open Range (since the first film may be released in 2023). Costner, Warner Bros., and New Line Cinema are now actively casting Horizon, which is a daunting project because the four films will have a total of 170 speaking roles. Although the details of the four individual parts of Horizon haven’t been revealed yet, the epic story is described as being set across 15 years in the settlement of the American west, chronicling the challenges of both the settlers and Indigenous peoples. Now split into four movies, Horizon will comprise the 4th, 5th, 6th, and 7th films of Kevin Costner’s directing career after Dances with Wolves (which won 7 Academy Awards, including Best Picture and Best Director), The Postman, and the aforementioned Open Range.

6. SEBASTIAN STAN AND A24 PARTNERING ON THRILLER A DIFFERENT MAN

After several years of being one of Marvel Studios’ superheroes as “The Winter Soldier,” Sebastian Stan recently starred in the dark thriller Fresh (Certified Fresh at 81%) for Hulu. Stan is  now following that up with a psychological thriller for A24 called A Different Man. His co-star will be Norwegian actress Renate Reinsve, who came to prominence for her role in The Worst Person in the World (Certified Fresh at 96%). Director Aaron Schimberg most recently directed the drama Chained for Life (Certified Fresh at 100%), about a man with a facial deformity, and A Different Man will address similar issues, as Sebastian Stan will play a man who recently had facial reconstruction surgery who becomes obsessed with the actor (Adam Pearson) playing him in a play about himself.

7. BEING THE RICARDOS STARS TO REUNITE FOR ANIMATED MUSICAL SPELLBOUND

Two months ago, West Side Story star Rachel Zegler landed the lead voice role in the animated musical Spellbound for Apple as a princess who embarks on a magical adventure when a spell turns her parents into monsters. This week, Apple announced some of the other stars who will voice characters in the film, and the princess’ parents will be voiced by Nicole Kidman and Javier Bardem, who recently worked together as Lucille Ball and Desi Arnaz in Being the Ricardos (Fresh at 67%). The princess will be assisted by two royal advisors voiced by John Lithgow and Jenifer Lewis, and other characters will be voiced by Jordan Fisher and Tony winners Nathan Lane and Andre De Shields. Apple has scheduled Spellbound for release on November 11, 2022.

After casting Tom Blyth (Coriolanus Snow) and Rachel Zegler (Lucy Gray) as the two leads in the prequel The Hunger Games: The Ballad of Songbirds and Snakes (11/17/2023), Lionsgate sped things up a bit this week by revealing several more members of the prequel’s ensemble cast. Hunter Schafer (Euphoria) has been cast as Tigris Snow, the cousin and confidante of future president Coriolanus Snow. The other young new cast members are Laurel Marsden (Zoe on Ms. Marvel), Nick Benson, Hiroki Berrecloth, Lilly Cooper, and Luna Steeples as various other tributes, mentors, or other figures in the Hunger Games of that time. They are joining a growing ensemble cast that also includes Knox Gibson, Aamer Husain, Jerome Lance, Mackenzie Lansing, and Ashley Liao. The Hunger Games: The Ballad of Songbirds and Snakes will be directed by Francis Lawrence, who also directed all of the previous Hunger Games movies except the first.