Guess the Tomatometers for Incarnate and Believe

Plus, Incorporated is solid if flawed, and Jackie and Things to Come are Certified Fresh.

This week at the movies, we’ve got a kid possessed (Incarnate, starring Carice van Houten and Aaron Eckhart), a Christmas story (Believe, starring Ryan O’Quinn and Danielle Nicolet), and an assortment of new limited releases. What do the critics have to say? 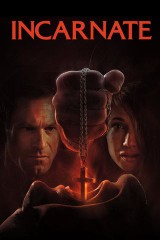 The cineplex giveth, and the cineplex taketh away. Over the Thanksgiving holiday, we had no fewer than four wide releases vying for your movie dollar; this weekend, our studio overlords have seen fit to bring us merely one. Incarnate tells the story of a young boy (David Mazouz) who shows signs of demonic possession, leading his understandably concerned mom (Carice van Houten) to reach out to the Vatican — who, in turn, enlists the aid of an exorcist (Aaron Eckhart) whose methods involve probing into the possessed’s subconscious. It has a fairly intriguing cast, and a cinematic battle with the devil sounds like it might be an entertaining break from holiday shopping, but unfortunately, we can’t tell you whether Incarnate is worth a trip to the theater, because it wasn’t screened for critics. Guess that Tomatometer! 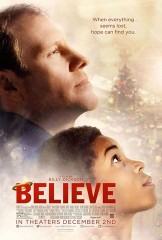 At the opposite end of the good-and-evil spectrum, we have Believe — the story of an auto plant owner (Ryan O’Quinn) whose business woes seem likely to end his tradition of bankrolling his small, depressed Virginia town’s annual Christmas pageant. After some ruffians work him over, he ends up on the doorstep of a single mom (Danielle Nicolet) who might just have the bookkeeping acumen he needs to save his company — and whose son (Isaac Ryan Brown) has his heart set on playing the Archangel Gabriel in the aforementioned pageant. You can pretty much bank on a heartwarming final act in which everyone’s dreams come true, but as of this writing, Believe only has a couple of reviews to its name, so we’ll have to wait for the last critical word. Once again: guess that Tomatometer!

The Affair adds to its cast of strong characters and deepens the mood, tension, and intrigue, even if the plot sometimes struggles to move forward.