10 Groundbreaking Hispanic Filmmakers Who Cut Their Own Path In Hollywood

From a pioneering early 20th-century actress and studio owner to the man who brought Peanuts to life and the man who made a 1990s hit for... well, peanuts, these artists paved the way for new generations of filmmakers.

Part of what marginalization from cinema does to the self-perception of an underrepresented community is that it tricks us into believing we were absent from its larger history. But though equity remains distant – especially when thinking about the greater diversity within a single ethnic group – our work has long uplifted and helped evolve the art form.

Pioneers of Hispanic descent in the United States have been lending their wide-ranging talents to the medium of film since its earliest days in ways that have impacted the dominant culture. On the occasion of Hispanic Heritage Month (September 15-October 15), we are celebrating some of these groundbreaking mavericks who, through their craft and vision, accomplished boundary-pushing firsts in their field or dared to go against the current of established conventions and laid the foundation for others to follow in their steps.

These 10 names can’t fully encompass the breadth of more than a century of contributions, but their momentous triumphs provide a sense of our outsized contribution to and influence on cinema. Read about their accomplishments, and then see what critics have had to say about their work.

This article was done in conjunction with the RT Archives project, for which our curators dig through historical catalogs and other sources to find contemporaneous reviews for movies released since the birth of cinema. 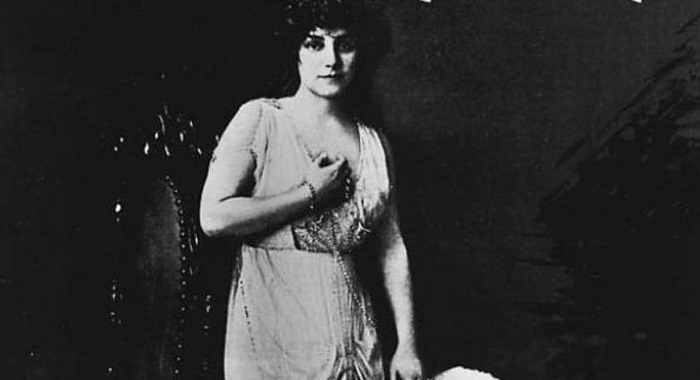 While her career in the movies was brief, Venezuelan-American star Beatriz Michelena captivated both the press and audiences during the silent film era, specifically in the 1910s. Her debut performance in 1914’s Salomy Jane, as a woman after revenge, launched a streak of successes. Before the decade was out, she had starred in 16 features playing roles that challenged the conventions for women at the time that featured horseback riding and fight scenes. Beyond her allure in front of the camera, she was also an entrepreneur, deeply involved in the moviemaking process, who eventually became the co-owner of a studio, the California Picture Company, with husband George E. Middleton.

“No picture since motion pictures came into being has more of beauty, action and heart interest than this masterpiece… at a single bound Beatriz Michelena, the star of the Western idyl, has assumed a place second to none as a motion picture actress.” — Review of Salomy Jane from San Francisco Chronicle, Dec. 8, 1914 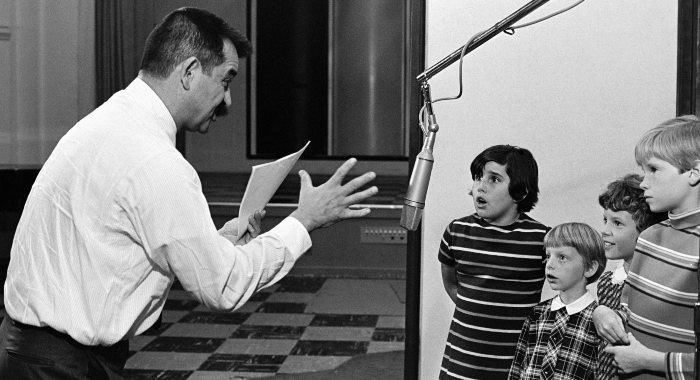 An animation legend like few others, Bill Melendez was born in Hermosillo, Sonora in northern Mexico but raised in Arizona. Early in his career as an animator, he was involved in some of Walt Disney Animation Studios’ most iconic 1940s features, including Pinocchio, Bambi, and Dumbo. Yet, his most substantial contribution to the medium and culture at large was ushering Charles Schultz’s Peanuts comic strip characters from the pages to the screen with the blessing of the creator. Over a 50-year career, he directed numerous television specials featuring the gang, most notably the classics A Charlie Brown Christmas and It’s the Great Pumpkin, Charlie Brown. (He is directing young voice actors for the latter in the photo above.)

“Director Bill Melendez concentrates on atmosphere more than anything else; he sets up unrelated jokes, or simply enjoys watching the autumn leaves fall gently to the ground.” — Review of It’s the Great Pumpkin, Charlie Brown by Jeffrey M. Anderson, Combustible Celluloid 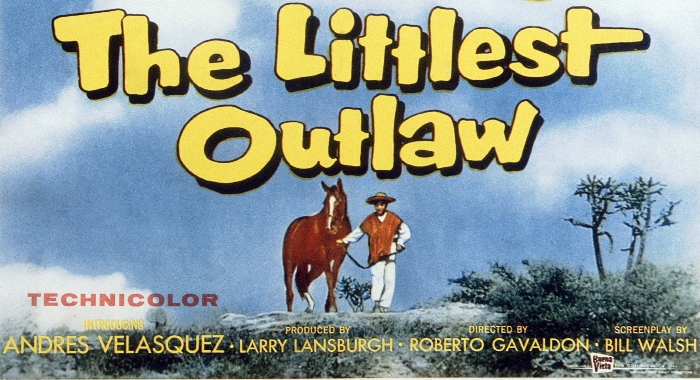 (Photo by courtesy the Everett Collection)

A prolific director during the Golden Age of Mexican Cinema who worked with some of the era’s most prominent stars, Roberto Gavaldón began his career in film as an extra for studio productions in Los Angeles. Upon returning to Mexico in the 1930s, he climbed his way to the director’s chair wearing many hats behind the scenes. In 1955, after success at home, Gavaldón directed his only American film, The Littlest Outlaw, which was a Disney production with an all-Mexican cast lead by Pedro Armendáriz. His 1960 effort Macario, grounded in the Day of the Death tradition, became the first Mexican film to be nominated for the Best Foreign Language Film Oscar.

“Director Roberto Gavaldón takes this basic situation and weaves skillful action, centering his story on Andres Velasquez, whose performance has seldom been equaled by a child thesp in point of appeal.” — Review of The Littlest Outlaw by Whitney Willaims, Variety, Dec. 21, 1955 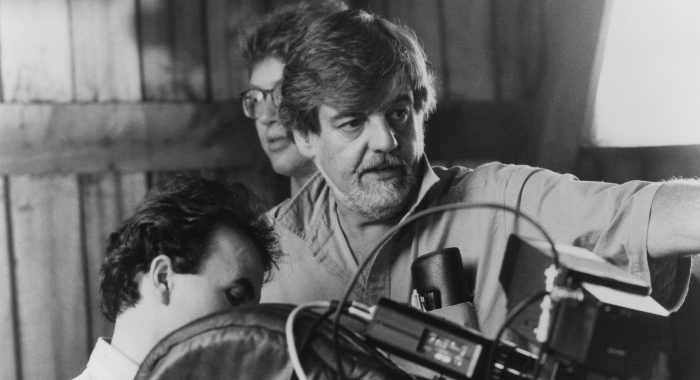 The influence of Night of the Living Dead in horror cinema is so immeasurable that it’s difficult to conceive it was George A. Romero’s first film. Considered the father of zombie movies, the visionary artist, whose father was Spanish, made that defining production with a minuscule budget through a production company he founded with friends: Image Ten. With his subsequent output in the genre, Romero built a catalogue of brilliantly disturbing fantasies that includes The Crazies, Dawn of the Dead, and Creepshow. Presumed lost for decades, his 1973 film The Amusement Park was ultimately “undead”: Restored from a 16mm print unearthed in 2017, it was finally released earlier this year, almost half a century later. 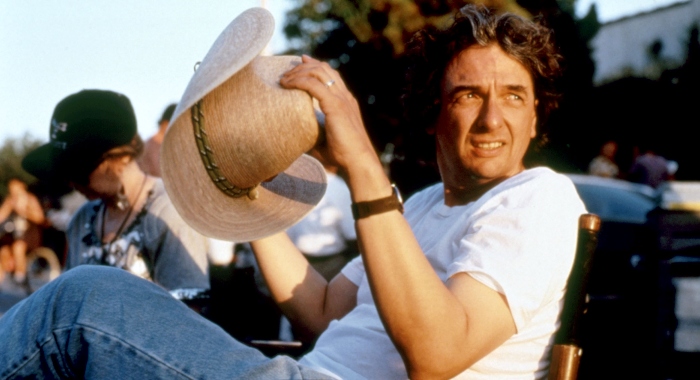 Responsible for some of the most emblematic and beloved movies about Hispanics in the U.S., director Gregory Nava has repeatedly broken new ground. Although best known for My Family, an ensemble epic across borders that deals with the mass deportations of people of Mexican descent in the late 1920s and 1930s, and Selena, a biopic on the late Texan singer that catapulted Jennifer Lopez’s acting career, his 1984 drama El Norte made history. The lyrical story of two Guatemalan immigrants in Los Angeles was nominated for an Academy Award for Best Original Screenplay, and it’s one of the few films by a U.S.-born Hispanic director to be part of the National Film Registry and the Criterion Collection.

“The film is sweet but never cloying. The continuity doesn’t break because the actors – all excellent – convincingly resemble the others who played the same characters in the past. [Full review in Spanish]” — Review of Mi Familia by Rene Jordan, El Nuevo Herald (Miami), May 9, 1995 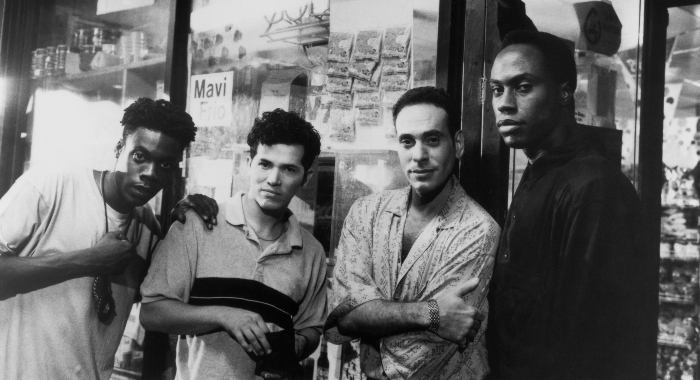 For Afro-Latino writer-director Joseph B. Vásquez, filmmaking came into his life when he got his hands on a Super 8 camera at the age of 12. Fighting his own battles with mental illness as a child raised around addiction, he turned his creative lens to the complexities of life in the South Bronx, first with projects he developed by sheer determination. The pinnacle of this thematic exploration came with Hangin’ with the Homeboys, a semi-autobiographical work produced by New Line Cinema that drew from his own experiences as a biracial young man in NYC. (A portrait of the cast is seen above.) The comic drama, which won the Screenwriting Award at the 1991 Sundance Film Festival, starred John Leguizamo in one of his first major roles and follows a diverse group of friends.

“Vasquez’ open-hearted view toward his characters redeems even the hoariest clichés of this otherwise engaging and admirable addition to the guys-night-out sub-genre.” — Review of Hangin’ with the Homeboys by Gene Seymour, Newsday, May 24, 1991 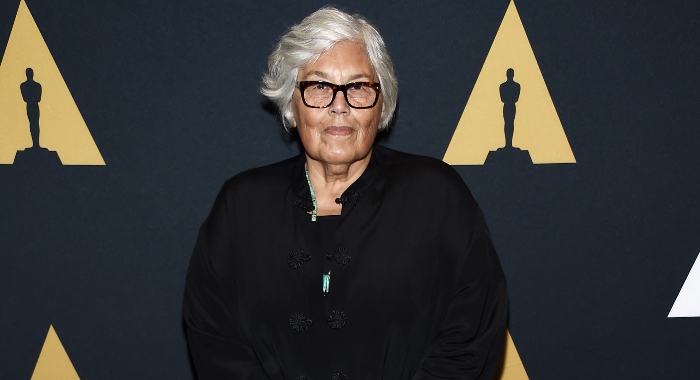 Straddling the culture line between Mexico and the United States, documentary filmmaker Lourdes Portillo has aimed her inquisitive gaze at social justice issues across the Americas since the late 1970s. For her 1985 feature, The Mothers of the Plaza de Mayo, which focuses on a group of fearless women demanding answers from the Argentine government about their disappeared loved ones, she received an Academy Award nomination for Best Documentary as co-director with Susana Blaustein Muñoz. Portillo’s profoundly personal and artistically bold work The Devil Never Sleeps, which chronicles the mysterious death of her uncle, premiered at the Sundance Film Festival in 1995.

“[Lourdes Portillo] manipulates her film intercutting it with Mexican soap operas, projecting interviews onto the frames of sunglasses to point to the melodrama her family mystery has become. The effect is breathtaking.” — Review of The Devil Never Sleeps by Hazel-Dawn Dumpert, L.A. Weekly, Nov. 2, 1995 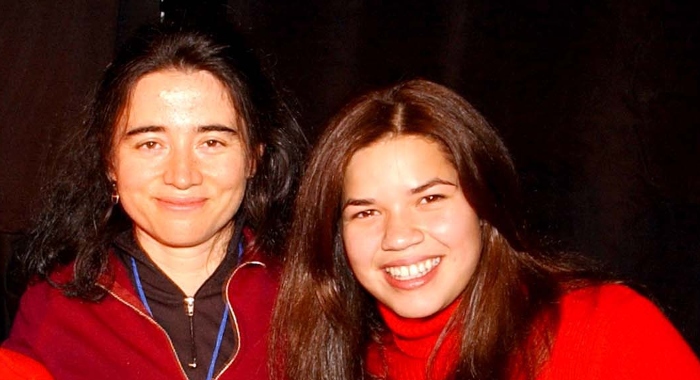 A native of Bogota, Colombia, Patricia Cardoso had a previous existence as an anthropologist before venturing into cinematic storytelling. In 1996 she became the first Hispanic woman to win a Student Academy Award for her short film The Water Carrier. That milestone was followed by what would become her most notable work to date, the coming-of-age story Real Women Have Curves. Telling a cross-generational saga centered around Mexican-American women, this landmark film – recently added to the National Film Registry – was based on the play by Josefina Lopez and gave America Ferrera her first-ever role. (The director is pictured with Ferrera above.) Cardoso also became the first Hispanic woman to win the Sundance Audience Award for this singular take on womanhood.

“Firmly entrenched in Mexican American culture without the insistent need to be about the culture, it’s one of the best Latino films ever made.” — Review of Real Women Have Curves by Omar L. Gallaga, Austin American-Statesman, Oct. 25, 2002 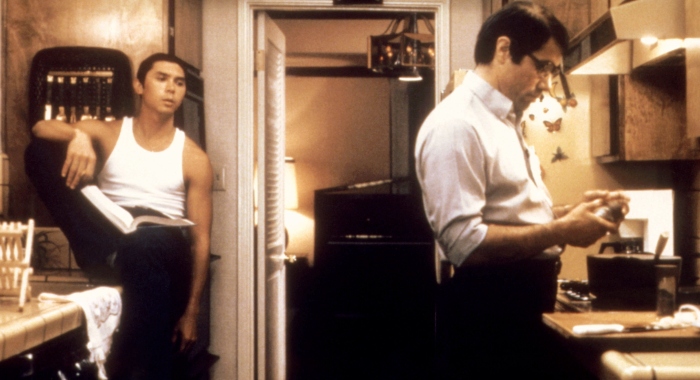 Cuban-American director Ramon Menéndez’s first behind-the-scenes credit was as an assistant director on Oliver Stone’s Salvador. His breakthrough came in 1988, helming Stand and Deliver, a moving drama about real-life teacher Jaime Escalante that earned Edward James Olmos an Oscar nomination. For his work, Menendez won two Independent Spirit Awards for Best Director and Best Screenplay (with co-writer Tom Musca). This inspirational tale, now in the National Film Registry, also won the prize for Best Feature and has become a staple at schools across the nation.  Menendez was also one of the screenwriters behind Tortilla Soup, a heartfelt comedy about a Hispanic chef and his three daughters that became a box-office success.

“Director Menéndez has skillfully captured both the school and the kids’ home environments. Nothing is prettified. We are given barrio life in its beautiful-ugly rawness. Casting choices for the kids are generally brilliant.” — Review of Stand and Deliver by Ruben Martinez, L.A. Weekly, Mar. 17, 1988 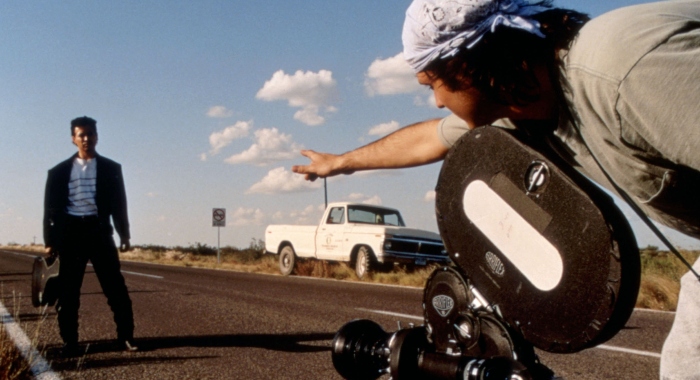 Back in the early 1990s when El Mariachi was released, the story of its making (with a jaw-droppingly modest price tag of $7,000) instantly put the spotlight on Robert Rodriguez for being a fiercely resourceful talent in independent cinema. The feat had even greater value considering his action-packed debut was in Spanish and shot in Mexico. Since then, the Mexican American director has continued to dismantle preconceptions about what Hispanic stories can be with the success of the Spy Kids franchise and titles such as Sin City and Machete. Throughout his many projects, he’s made it a mandate to cast U.S. born Hispanics as well as Latin American and Spanish talent, helping names like Salma Hayek and Antonio Banderas break into the Hollywood machine.

“[Robert Rodriguez’s] brio is infectious – not just because he’s so willing to try anything but because he has a born comedian’s superb sense of timing. For all its gunplay and dead bodies, his movie works like an expertly honed stage farce.” — Review of El Mariachi by Eleanor Ringel Cater, Atlanta Journal-Constitution, May 14, 1993

With additional research by Tim Ryan and Sara Ataiiyan