Glass Onion First Reviews: Bigger, Twistier, and Just as Fun as the First

Critics say Rian Johnson's new Knives Out movie is just as satisfying as its predecessor, thanks to a funny, clever script, a winning Daniel Craig, and a scene-stealing Janelle Monáe.

Could Rian Johnson top Knives Out? That was the question on everyone’s minds when Netflix announced two sequels to the 2019 mystery film, which earned an Oscar nomination for its screenplay and became one of the top-grossing original movies of the year. Well, according to the first reviews of Glass Onion: A Knives Out Mystery, Johnson has indeed outdone himself. The sequel, which again stars Daniel Craig as Detective Benoit Blanc, features another impressive ensemble along with even bigger laughs and better twists.

Here’s what critics are saying about Glass Onion: A Knives Out Mystery:

How does it compare to Knives Out?

Yes, Glass Onion is even better than Knives Out. – Chris Evangelista, Slashfilm

In many ways, it’s a more “fun” movie than the first. – Brian Tallerico, RogerEbert.com

It’s more pleasing in most respects (and neck-and-neck in most others). – John DeFore, Hollywood Reporter

[It] manages to recapture the magic of that picture without resorting to replication or imitation. It feels, frankly, like something of a miracle. – Jason Bailey, The Playlist

Fans of the first Knives Out will find plenty of the same elements to love, though Johnson has studiously worked to ensure that Glass Onion stands alone. – Kate Erbland, IndieWire

The sequel will likely find those who prefer it to the original. – Benjamin Lee, Guardian

Glass Onion is a serviceable capitalization on the success of Knives Out. – Martin Tsai, The Wrap

Is Glass Onion a better movie than the first Knives Out? Not necessarily. But it’s a bigger, showier, even more elaborately multi-faceted shell-game mystery. – Owen Gleiberman, Variety 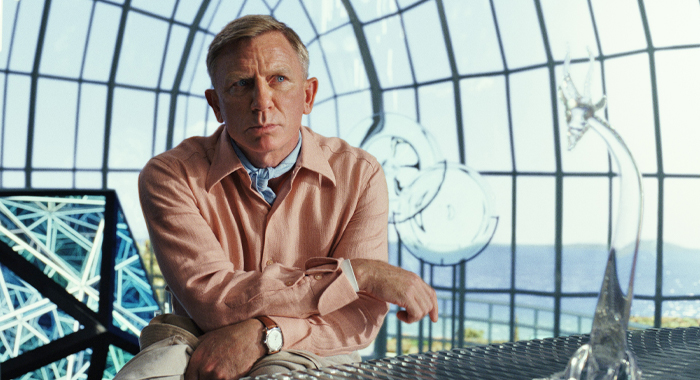 Does it expand on the original?

Glass Onion [is] a film that really goes by the sequel model of “bigger, faster, more” theory of follow-ups… There’s just SO much to savor in this movie. – Brian Tallerico, RogerEbert.com

It doesn’t suffer from the usual “give ’em the same thing, but more of it” bloat common in sequels to surprise hits. – John DeFore, Hollywood Reporter

[It’s an] even bigger, more ambitious, and, somehow, even more entertaining whodunit than the previous film. – Ross Bonaime, Collider

This is the Aliens of the Knives Out universe. – Damon Wise, Deadline Hollywood Daily

More extravagant and often indulgent… it’s so stuffed with so much that it’ll surely prove more fun to those who appreciate getting more bang for their buck. – Benjamin Lee, Guardian

The 139-minute running time is perhaps a little indulgent, but after a bit of a slow start, things move along at a nice pace. – Chris Bumbray, JoBlo’s Movie Network

It boasts one of the most brilliant screenplays of the year, not just in terms of its exquisite, laugh-out-loud dialogue and satirical barbs at pop culture but in the meticulous, meta plotting of a traditional whodunnit that keeps the mind ticking over from start to finish. – Damon Wise, Deadline Hollywood Daily

Johnson’s witty script [is] written with such tick-tock precision and so meticulously thought-through (and through, and through) that it becomes thrilling just to watch it work, to witness the dexterity with which he’s winding this thing up and letting it spin. – Jason Bailey, The Playlist

The script is unafraid to take wild swings where it goes in both tone and construction. – Jason Gorber, That Shelf

More strategy too often has a negative effect on his script. – Benjamin Lee, Guardian 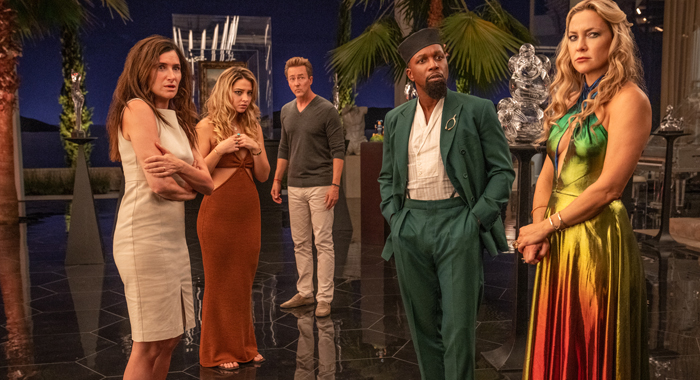 Will it keep us guessing?

Even more than the first Knives Out, Glass Onion is a thriller wrapped in a deception tucked inside a riddle. – Owen Gleiberman, Variety

The joys of Glass Onion involve the plot twists and shocking-but-hilarious revelations Johnson keeps throwing at us at breakneck speed. Every scene is loaded with lightning-sharp wit coupled with a genuinely engrossing mystery. – Chris Evangelista, Slashfilm

As Blanc “solves” one mystery, another pops right up, and Johnson happily shifts gears to tell a whole new story, wrapped inside his first one (like an onion? oh, sure) and then turned inside out. – Kate Erbland, IndieWire

Glass Onion finds even more ways to disrupt mystery conventions, constantly shifting what the audience is expecting, and continuously moving the pieces on this ever-shifting puzzle. – Ross Bonaime, Collider

Johnson brilliantly figures out a way to turn his story and his main character inside out. – Jason Bailey, The Playlist

Is Glass Onion funnier than Knives Out?

It is at least as funny as the first outing, if not more. – Wendy Ide, Screen International

[There is] an amplified sense of humor that allows Blanc to blossom in a way that the previous Knives Out would not have allowed. – Damon Wise, Deadline Hollywood Daily

Best of all, Johnson has ramped up the humor… with huge belly-laugh moments and the types of ultra-clever jokes that will make you want to cheer. – Chris Evangelista, Slashfilm

Too many jokes and gimmicks feel more like MadLibs name-checks, and while some do land, there are too many that land with a thud, a reference often confused with a punchline. – Benjamin Lee, Guardian 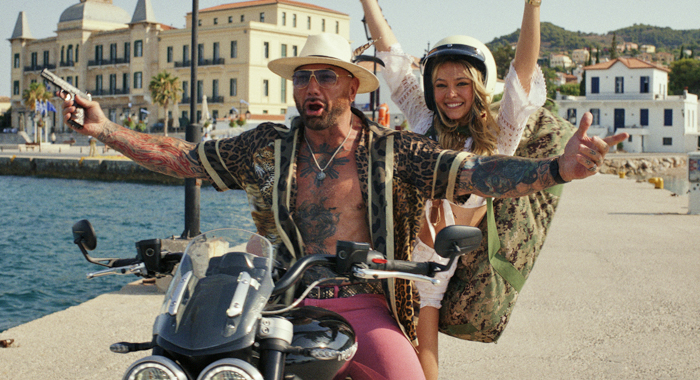 Is the ending satisfying?

The final reveal should prove a fantastic surprise, even if you’ve caught some of the hints along the way… Whether or not you get the right answer, it feels like we all win with this one. – Kristy Puchko, Mashable

The finale doesn’t end with the same on-your-feet oomph that the first one did. – Benjamin Lee, Guardian

The explosive finale may be a little messy. – Damon Wise, Deadline Hollywood Daily

For a movie this chock-full of surprises, there’s something about seeing the killer revealed that feels, perhaps, a touch less gratifying than before. – Owen Gleiberman, Variety

How is Daniel Craig this time around?

It might seem odd to claim that Craig’s best performance is in a Knives Out sequel… Forget James Bond — this was the role Craig was born to play. – Chris Evangelista, Slashfilm

Craig is naturally a standout here, getting to play up the goofiness and absurdity of this mystery, in what is likely his best comedic role so far. – Ross Bonaime, Collider

Any other standouts in the cast?

Edward Norton… hasn’t been this loose in years and sends up the so-called “genius” innovator type to perfection. – Chris Bumbray, JoBlo’s Movie Network

A career-high Norton — where exactly has this fantastic actor been lately? — is just the icing on the cake. – Damon Wise, Deadline Hollywood Daily

Johnson knows how to use [Norton], and he uses him extremely effectively. – Jason Gorber, That Shelf

Most notable [is] Kate Hudson, relishing a welcome return to comedy, killing it as a frequently cancelled fashionista with an amusing habit for saying and doing the wrong thing. – Benjamin Lee, Guardian

Kate Hudson [is] having the scene-stealing, cocktail-swilling time of her life. – Wendy Ide, Screen International 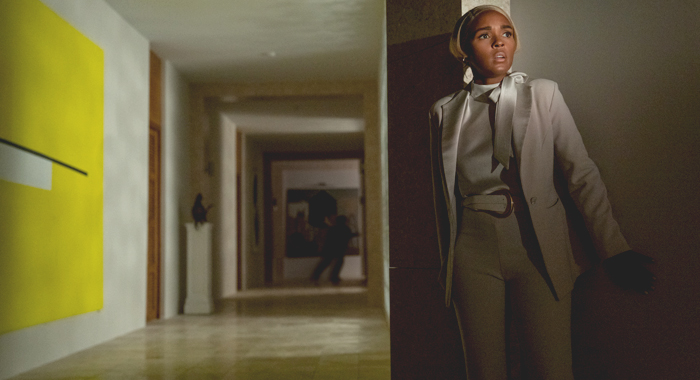 Does Janelle Monáe steal the movie?

The simply fantastic Monáe… puts in one of the best and most intuitively perfect performances of 2022. – Damon Wise, Deadline Hollywood Daily

Janelle Monáe is transcendent in this. – Jason Gorber, That Shelf

A tremendous standout is Monáe, who has always been a commanding presence, but never had a role like this to really sink her teeth into. – Ross Bonaime, Collider

Monáe is a huge standout, with a particularly tricky role. – Chris Evangelista, Slashfilm

Monáe stands out here. Her part is by far the most complex and demanding in the whole screenplay, and she rises to the occasion. – Martin Tsai, The Wrap

Monáe… initially comes off as low-key but quickly emerges as perhaps the most impressive player in the whole movie. – Chris Bumbray, JoBlo’s Movie Network

Monáe will widely be considered the MVP, and that’s valid, but there’s not a single weak link here. – Brian Tallerico, RogerEbert.com

Is Glass Onion another triumph for Rian Johnson?

The filmmaker shows absolute mastery of his genre and his craft. – Jason Bailey, The Playlist

He’s a master storyteller and there’s no better example of that than in Glass Onion… Johnson proves himself to be a film disruptor of the highest order. – Ross Bonaime, Collider

It’s hard not to have fun when Johnson pulls the strings, I just wish he’d not pulled quite so many and quite so hard. – Benjamin Lee, Guardian 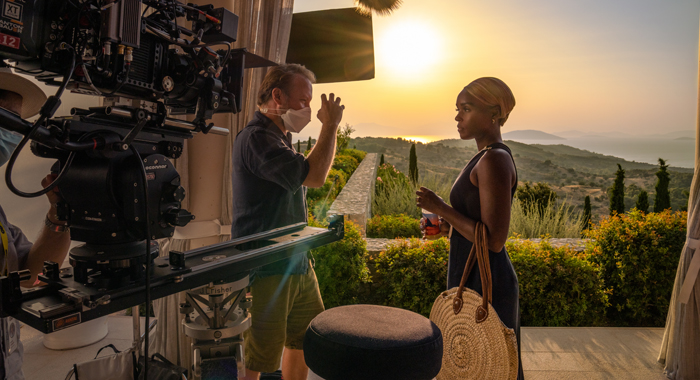 Should we see it in a theater?

This really is a film which is designed to be watched with a packed and rambunctious audience. – Wendy Ide, Screen International

Watching Glass Onion with a crowd feels like a return for movies themselves, a celebration of the joyous communal experience of watching a film with people where the film’s every shift and evolution can be felt by those around you. Glass Onion, with all of its shocks and gigantic laughs, is an experience to be shared. – Ross Bonaime, Collider

I hope they make a major push for a theatrical run because to see this with an audience, to have that electricity of seeing it with a group of people… is really going to play so much better than it would at home… It’s a cinematic film. – Jason Gorber, That Shelf

I wager more people will see this streaming than they will on the big screen. That’s too bad. – Chris Bumbray, JoBlo’s Movie Network

But will it still be great to stream on Netflix?

The hodgepodge of plot points and casting choices seem emblematic of filmmaking by algorithm. Those without Netflix subscriptions aren’t necessarily missing out. – Martin Tsai, The Wrap 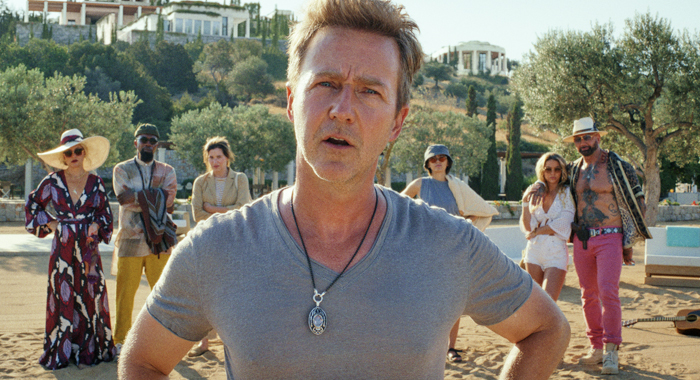 One thing is for sure – no one will walk out of this not wanting to see more Benoit Blanc adventures. – Chris Bumbray, JoBlo’s Movie Network

I can’t wait to see what case Benoit Blanc gets mixed up in next. – Chris Evangelista, Slashfilm

I really hope he does [one] every three years. – Brian Tallerico, RogerEbert.com

Next time the knives should cut deeper. – Owen Gleiberman, Variety

Glass Onion: A Knives Out Mystery premieres on Netflix on December 23, 2022.