A suspicious death, a looming threat, and a whole load of dysfunction — the espionage series' stars reveal the heightened stakes of the new season.

“Ethically and morally, the world that we live and operate in — it’s very murky,” Gary Oldman told Rotten Tomatoes about his character, cantankerous spy Jackson Lamb, in Apple TV+ espionage thriller Slow Horses ahead of its season 2 release.

“It’s really rather ugly,” he said. 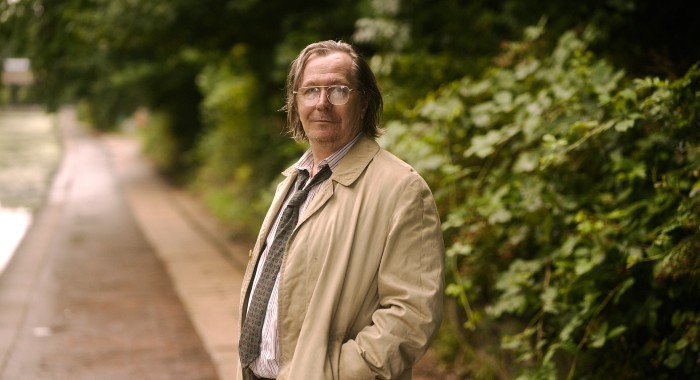 This is Slough House, after all.

“Jackson, himself, is very loyal, and has a real strong sense of morality,” Oldman said. “It’s like the old Marine thing: If you ever leave a man in the field, you don’t leave anyone behind.”

That sensibility sends Jackson into the streets in full spy mode to investigate Dickie’s death, which was reported as natural causes. As he digs deeper, a mysterious Russian threat known as “Cicada” begins to resurrect demons from Jackson’s past. As season 1 revealed, if there’s anything Jackson wants kept hidden, it’s old indiscretions.

“There’s also a sense that there was an injustice,” he continued. “And I think part of Jackson wants to right that and correct that.” 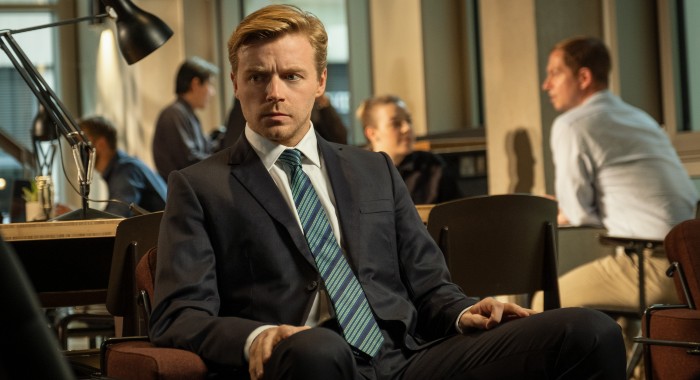 Correcting the injustice requires Jackson to tap his best and brightest to go deep undercover. River Cartwright sees it as another chance at redemption after failing an important MI5 field test at the beginning of season 1 and landing in Slough House. Could this be his shot at getting back to the big time?

“It was strangely everything he ever wanted,” Lowden told Rotten Tomatoes. “The excitement just came when we were doing the scene. It just came out of quite a nice moment of when Gary hands me the ID and me thinking, This is quite exciting. Do real spies do that? A lot of them have probably dreamed of doing it since they were kids. So, to get handed an undercover profile must be fantastic. It was really nice to play that moment.”

While Jackson is out pounding the city pavement to track down the truth behind Dickie’s death, River assumes a false identity and ventures out into the British countryside to find out who or what Cicada is. His trip to the Cotswolds adds a creepy Murder, She Wrote vibe to the new season, Lowden revealed.

“It’s almost too picturesque, the Cotswolds, which is exactly why it’s the perfect location, because it has that underlying current of threat,” he said. “It has that real sort of throbbing spookiness that’s too perfect. So, it really made a lot of sense that that’s where he goes to look. It’s beautiful, but it can be quite spooky.” 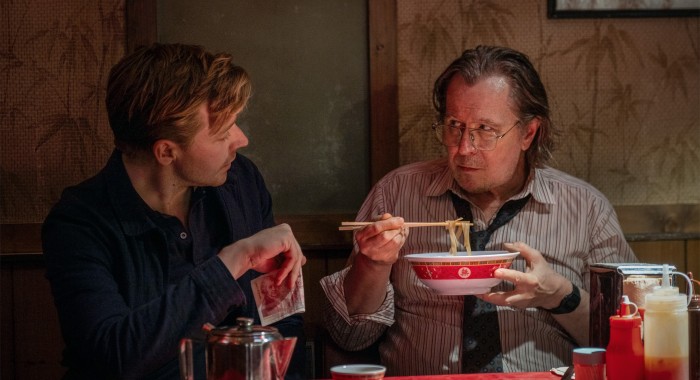 Whether he gets back into MI5’s good graces remains to be seen, but Lowden does recognize the weight of the situation and the opportunity River is presented — heading out into the field will definitely scratch that spy itch. As the season progresses, however, the audience has to wonder if River perhaps truly belongs with Jackson’s dysfunctional crew at Slough House.

“I do think it’s slowly being chipped away, the need to be back in the fancy old glass Premiere League,” Lowden added. “We’re very much the sort of Third Division version, where everybody is dressed a little poorly and not paid as much money, but there’s more of a family feeling — but it’s a kind of family that all can’t stand each other. It’s kind of like a family Christmas where nobody wants to talk to each other, and they’d rather be somewhere else. There definitely is a begrudging respect and, dare I say, a love that starts up amongst them, which is really satisfying.” 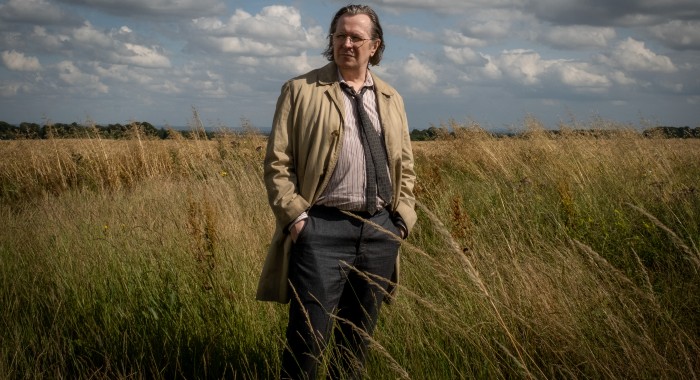 Cicada’s growing terrorist threat and the injustice of Dickie’s death do light a fire under crusty Jackson, however, and season 2 will show a new side of the old spymaster that audiences got a mere taste of in the first season. Don’t worry, this is still Oldman in all his unkempt, crass, and flatulent glory, but the new season promises to reveal more of the expert spy that resides under all that crust.

“Lighting a fire under Jackson’s butt?” Oldman laughed. “Yeah, that’s the one thing that you don’t want to do — because the room might just go up.”