When Taffy Brodesser-Akner had to start thinking about who might bring to life the characters she had created in her New York Times bestselling novel Fleishman Is in Trouble, “the only people we wanted for these roles are in the show,” says the author, who also wrote, executive produced, and made her showrunner debut with FX’s eight-episode series adaptation of the book. “We were very, very lucky.”

And, she goes on to tell Rotten Tomatoes, she credits those stars — Jesse Eisenberg, Claire Danes, Lizzy Caplan, and Adam Brody — with not only bringing her story about the dissolution of the marriage of Toby (Eisenberg) and Rachel (Danes) Fleishman and how that impacts Toby’s longtime friends Libby (Caplan) and Seth (Brody) to fine form, but she also believes the actors’ interpretations of the characters are the interpretations of the characters. Even beyond what she wrote in her book. 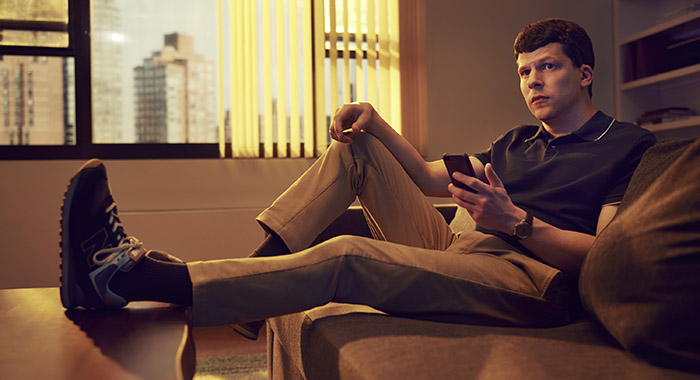 “(The cast) turned all these characters not just into humans, but into very specific humans, more specific than I ever even wrote them,” New York Times Magazine writer Brodesser-Akner says. “Their interpretation, to me, is the ultimate interpretation … not my own. It’s like the final one. I gave them a script, I gave them a book. I answered their questions when they had them. But those [characters] are very uniquely what our actors made them.”

Below, the stellar cast shares what drew them to sign on to portray Brodesser-Akner’s characters in the Certified Fresh new series, and why they think the relationship woes and personal evolution dramas of the Fleishmans and their friends will not only resonate greatly, but could even spark viewers to action in their own relationships. 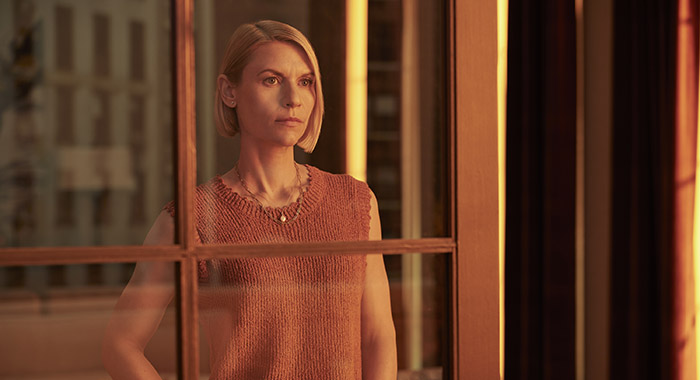 Kimberly Potts for Rotten Tomatoes: What personal connections that attracted each of you to Brodesser-Akner’s story?

Jesse Eisenberg: For me it was something very personal, which is just that I recognize this culture, this specific brand of neurosis and anxiety and need for stability and euphoria and very specific cultural touchstones. Taffy can do that great thing, which is write about her own culture in a way that is understandable to outsiders as well as insiders. So for a kind of Jewish New Yorker watching this or reading this, it feels totally accurate. What I’ve discovered is that for people who are outsiders to that culture, they feel similarly touched, similarly relating.

Claire Danes: I thought it was a wonderful kind of anatomy of a relationship. She explores the dynamic between these two people (Toby and Rachel) in such a kind of kaleidoscopic way. It’s a really thorough examination of it, and we get to experience it and reexperience it from so many different vantage points and points along their line of history. So, it’s very kinetic and a really surprising structure. I happen to be a middle-aged married person with a couple of kids living in New York City. So like Jesse, this was all immediately relevant to me. But even though I happened to be of this, the kind of microscopic point on the globe, the feelings and ideas are global and very shared. 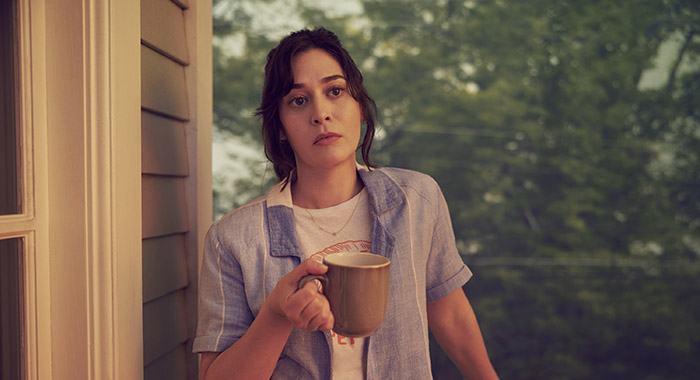 Lizzy Caplan: I had read the book and loved it. I think for me it was … really identifying with who these characters were. I feel definitely a shared history with them, just a similar — the West Coast version of their East Coast Jewish upbringing just felt really familiar, but also, all the characters were grappling with these more middle-aged problems that still feel like deep in the future for me. I don’t feel like I’m experiencing what Libby is experiencing currently, but it’s kind of a good practice to see what my future middle-life misery will look like.

Adam Brody: Well, I think Taffy’s such a wonderful writer, and I think it’s a flawless adaptation … eight episodes for the book, I feel like nothing had to be sacrificed, and at the same time, a bunch of new stuff didn’t have to be invented. You really get everything that’s lovely in the book in the show. It’s so crackling, and it’s so charming and entertaining and kind of glossy, and the show’s so cinematic that you get this wonderful kind of big cinematic, sweeping experience from this very inward-looking story. 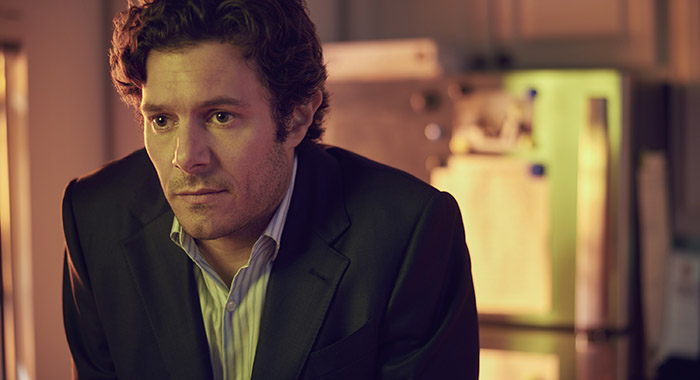 What’s the possibility of viewers relating to the characters and storylines so much that it sparks action in their own lives?

Eisenberg: Truly my favorite part of the show is that, you see Rachel through (Toby’s) perspective for quite a while, and you kind of come away with this very skewed perspective of her villainousness and her selfishness, her coldness, her unhealthy ambition … (then) the show switches perspective and you see the same relationship from her perspective. And you realize, wait a second, Toby has been aloof, he’s been sexist, he’s been unfairly asking for her commitment to a relationship that is beyond what she’s able to give … him not recognizing her real world trauma and her life’s pain. I think people will take from it that when you look at any relationship from your own perspective, you’re going to see it in a very skewed way. You’ll never judge your own behavior, you’ll judge your intentions … you’ll not give the other person the benefit of the doubt. Which is what happens in (Toby and Rachel’s) relationship. So yes, hopefully this is not like a morality tale and it’s not a show that’s preaching or sanctimonious. But yes, I suspect that people will take from this show the idea that, if I looked at my behavior from somebody else’s perspective, it might not look as rosy.

Danes: I think the characters are forced and they protest, they try very hard not to, but ultimately they have to face themselves and self-reflect. They get lost in blaming each other for a while. They’re so fixated on the other person’s shortcomings. They have to go through the morass of that before they can arrive at the very uncomfortable, but much more important, place of reviewing the choices that they made, accepting their own responsibility. And hopefully that’s what we will allow the audience to do. And I think self-reflection of that kind is a form of action, I hope.

Caplan: I think that it could. I think that’s definitely one of the goals of making art that, when you watch something, you see yourself in it, and it helps you make certain decisions in your life.

Brody: I don’t necessarily think it has to be a call for action as much as it’s comforting to see yourself and see yourself romanticized.

84% Fleishman Is in Trouble: Season 1 (2022) two-episode premiere is now streaming on Hulu.