James Gunn's new take on the Squad will feature a ton of new characters (and some familiar ones), a classic -- but kinda goofy -- villain, and plenty of action.

The Suicide Squad – a group of mostly obscure supervillains from the DC Universe who go on deadly missions on behalf of the government in exchange for reduced prison sentences – have already graced the big screen once. In 2016, Will Smith and Margot Robbie led the team in director David Ayer’s Suicide Squad. Reviews weren’t great, to say the least, but the movie did well enough that Warner Bros. commissioned a reboot due out in 2021, this one titled The Suicide Squad.

There have been a couple of trailers for the film, the most recent of which came out on June 22, 2021. Prior to that, on March 26, DC revealed the explosive (and explosively funny) first trailer for the movie. Last August at DC’s FanDome event, director James Gunn and Co. revealed a bunch of new details about the film, giving fans their first glimpse of which characters are featured in the movie, along with an extended behind-the-scenes featurette. Now that the Suicide Squad is really gearing up for big summer action, it feels like a good occasion for a rundown of everything you need to know about The Suicide Squad. [Updated with new trailer on 6/22/21]

Guardians of the Galaxy helmer James Gunn Is the Director 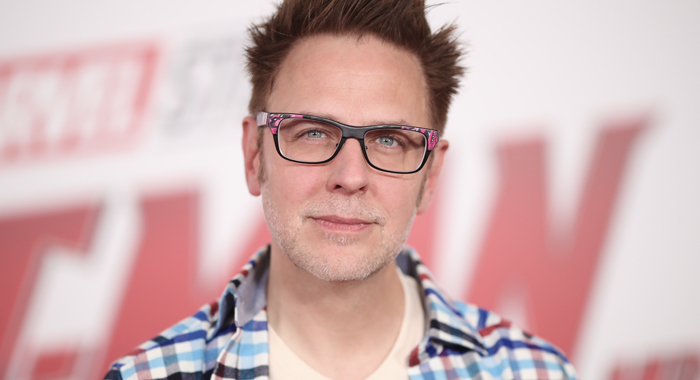 James Gunn, best known for the Marvel Cinematic Universe’s two Guardians of the Galaxy films, is the writer-director behind The Suicide Squad. Gunn was hired to write the movie in October of 2018, a few months after Disney fired him from Guardians of the Galaxy Vol. 3 due to old, inappropriate joke tweets. Perhaps because the tweets were brought up as part of a targeted campaign by alt-right agitators, Disney eventually reversed its decision and re-hired Gunn. However, Guardians 3 would have to wait, because the director was already committed to The Suicide Squad. Gunn is the first person to make both an MCU movie and a modern DC movie. At DC FanDome, Gunn said the movie – which finished shooting in February – was “by far the biggest movie I’ve ever made,” and promised it had as many explosions and crashes as any other film ever made. 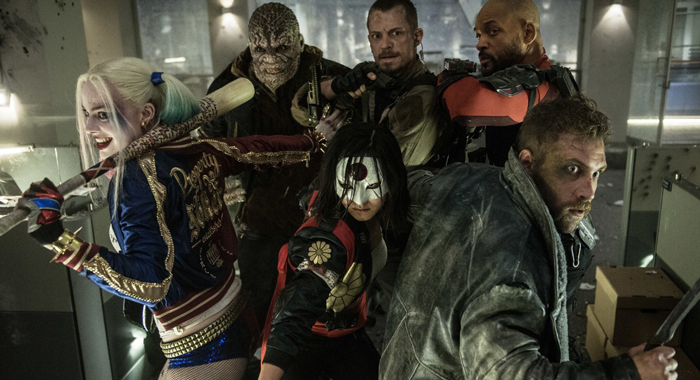 The Suicide Squad is not a sequel to the 2016 movie, as producer Peter Safran told ComicBook.com in April of 2019. But, it’s not completely not a sequel, either, as there will be some returning actors and characters from the Ayer movie. This is fitting with DC’s more laissez-faire approach to continuity ever since Justice League underwhelmed critically and at the box office. Films like Aquaman and Shazam! have nominally existed in the DCEU, but they largely exist on their own. Harley Quinn: Birds of Prey was technically a sequel to the first Suicide Squad, but aside from Margot Robbie’s titular character and one tossed-off line referencing the events of the earlier film, it didn’t really acknowledge the 2016 movie at all. Expect The Suicide Squad to take what worked from the first movie and leave behind anything that didn’t. Continuity doesn’t matter nearly as much as having some fun. 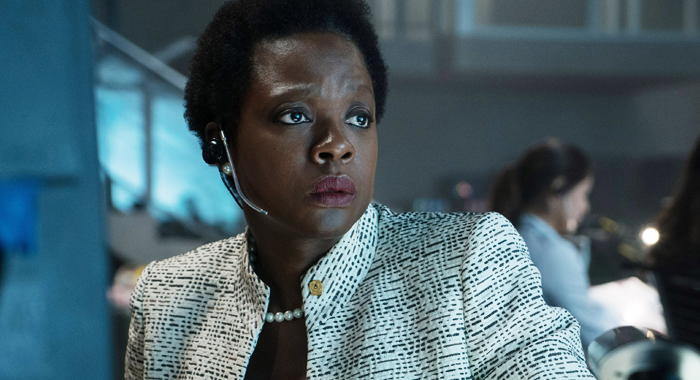 Margot Robbie’s Harley Quinn will return for the third time in The Suicide Squad. She’ll be joined by three of her 2016 co-stars: Viola Davis will reprise her role as agent Amanda Waller, the brains behind the Squad’s mission; Joel Kinnaman will play Rick Flag, the team’s handler; and Jai Courtney will return as the Aussie villain Captain Boomerang.

Will Smith will not be reprising his role as Deadshot, Jared Leto’s Joker is apparently too twisted for a reprise appearance (despite showing up in Zack Snyder’s Justice League), and nobody from the Birds of Prey cast, aside from Robbie, is confirmed to return, either.

A Ton of DC characters Are Making Their First Appearance, and Most Are Obscure

Although most of the cast had been revealed earlier, it wasn’t until DC’s FanDome event on August 22, 2020 that the full list of new characters was revealed — and most of them are very obscure for the casual DC viewer.

Idris Elba is playing Bloodsport, a mercenary with high-tech weaponry who is traditionally a Superman villain in the comics. The trailer released in June reveals that he’s working with the Suicide Squad because Waller is using his daughter Tyla (Storm Reid) as leverage. We also hear that he “put Superman in the ICU” with a Kryptonite bullet, which is pretty hard-core.

John Cena plays Peacemaker, who he described during FanDome as a “douchey Captain America.” Nathan Fillion plays T.D.K. — and it’s rumored that “T.D.K.” is an acronym for “The Detachable Kid,” a new name for one of DC’s most infamous characters, a wannabe Legion of Super-Heroes member called Arm-Fall-Off Boy.

David Dastmalchian plays Polka-Dot Man, a corny Batman villain (and a personal favorite of Gunn’s); Daniela Melchior plays Ratcatcher 2, another Batman villain who can control vermin; and Mayling Ng plays Mongal, an alien conquerer. Javelin, an Olympic athlete-turned-Green Lantern villain, will be played by Flula Borg, while we also finally learned who will be voicing King Shark, a giant walking shark, as James Gunn revealed on Twitter that it’s none other than Sylvester Stallone. 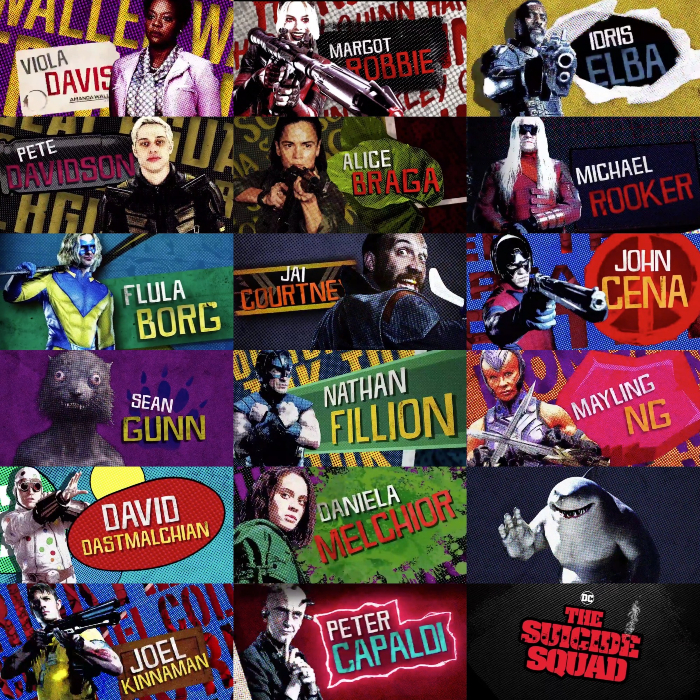 And, because this is a James Gunn movie, two of his frequent collaborators appear too: Michael Rooker plays Savant, a genius blackmailer, while Gunn’s brother Sean Gunn, who did on-set stop-motion work as Rocket Raccoon in Guardians, will again get into the mo-cap suit to play a rodent, this time a character named Weasel.

Tinashe Kajese, Julio Ruiz, and Taika Waititi, who many initially speculated might provide the voice of King Shark, will also appear in the film in undisclosed roles.

Don’t know who most of these characters are? That’s OK! It’s kind of the point. Suicide Squad, especially in Gunn’s hands, is an excuse to use a bunch of obscure characters and either turn them into fan-favorites or kill them off without a second’s hesitation — or both. 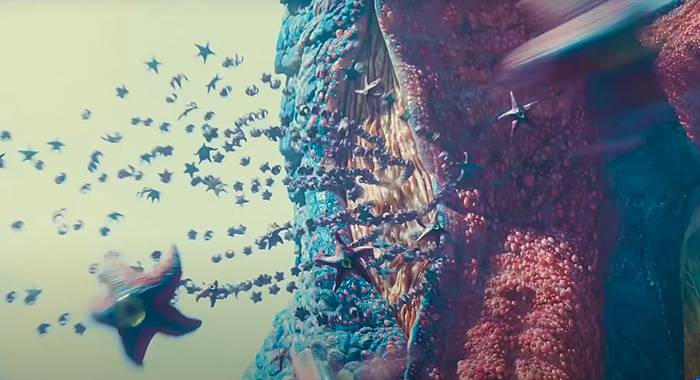 The first proper trailer for The Suicide Squad hinted at the film debut of another DC character — one of the strangest but most important villains in comics history. The starfish-like kaiju is Starro, an alien conqueror who has the distinction of being the first bad guy the Justice League ever fought.

The June trailer makes it clear that Starro is going to be the villain in The Suicide Squad, or at least the antagonist, since pretty much all the main characters are “villains” — that’s kind of the whole point. Waller reveals that the Squad’s mission is to destroy every last trace of “Project Starfish,” clarifying to Cena’s Peacemaker that the name has nothing to do with buttholes. Instead, it’s likely that “Project Starfish” is some sort of secret operation to harness Starro’s psychic and mind-controlling powers. Presumably, it all went sideways, and it’s up to the Squad to defeat a giant starfish. Remember when superhero movies were concerned about being serious? What a time to be alive.

It Will Be a “Gritty 1970s War Movie,” With Laughs and Plenty of Action

The trailer doesn’t specifically reveal too much in terms of plot, other than showing that the Squad will be in some Central American-type setting and eventually battle Starro. The restricted red-band trailer is instead more focused on re-establishing the “rules” of the Suicide Squad and demonstrating the R-rated tone. Amanda Waller offers a group of criminals reduced prison sentences if they either complete their mission or die trying, and bombs are implanted in everybody’s skulls in case they try to jump ship. But King Shark literally rips a dude in half and John Cena’s Peacemaker states that it would be “no problemo” for him to eat every dick on a beach “in the name of liberty,” so yeah, very James Gunn.

The earlier FanDome event featured a preview clip with a bunch of juicy behind-the-scenes footage, but it didn’t give away much in the way of plot either. The clip, which featured lots of gunfire and talk of “exploding genitals,” certainly makes the movie seem action-packed. At FanDome, Gunn said it has “more explosions than any movie ever” and teased that it had a massive amount of special effects, both of which seem to be born out by the trailer. Producer Peter Safran likened it to a “gritty 1970s war movie combined will the brilliance of James Gunn’s characters and comedy.”

During FanDome, Gunn said he considered the film to be a spiritual sequel to comic writer John Ostrander’s original 1987 Suicide Squad series rather than an adaptation. “It has the spirit and the lifeblood of the Ostrander books,” Gunn said, noting that he was just adding some of the wonderful and weird characters that have been created for DC in the years since the comic ended.

The Suicide Squad is slated to hit theaters on August 6, 2021, and it will also stream on HBO Max for subscribes on that same day for no additional cost, as is the plan for all 2021 Warner Bros. releases. (It will leave HBO Max one month after it premieres, so watch fast.) It appears that The Suicide Squad was spared from the most disruptive aspects of the coronavirus pandemic. In April, Gunn tweeted that they were “extremely fortunate” that they were able to wrap shooting and set up the ability to edit from the crew’s homes before COVID-19 shut down the movie industry. During FanDome, he once again affirmed that the film would hit theaters on August 6.

The Suicide Squad premieres in theaters and on HBO Max on August 6, 2021. 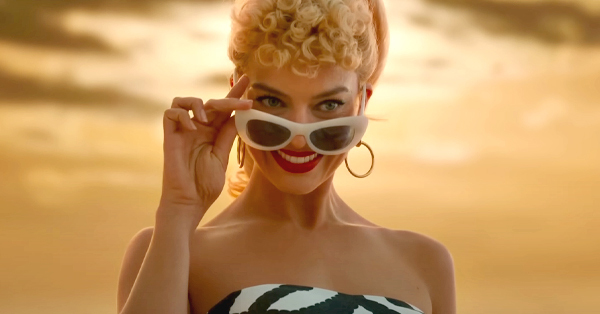