Everything We Know About The Matrix Resurrections

22 years after we first dove into the Wachowskis' dystopian sci-fi world, it returns with some familiar faces, some new ones, and Neo projecting some heavy John Wick energy.

The year was 1999. The summer movie season was about to kick off with one of the most anticipated films of all time. This would be the year that would see the return of the greatest franchise in cinema history, as George Lucas would once again journey to a galaxy far, far away with Star Wars: Episode 1 – The Phantom Menace. There was no question that this would be the movie event of the —

Hold up. Before a single podracer would fire up that May, a little oddity dropped on March 31. It was too early to be a summer movie, too late to be a holiday movie – clearly no one knew what to do with this dystopian sci-fi action flick that was part Blade Runner, part anime, and part Intro to Existentialist Philosophy 101 (and it starred the dude from Point Break?) It was The Matrix, and it would explode like a neutron bomb, stealing little Anakin Skywalker’s thunder on its way to becoming the movie of 1999, a genre-bending instant classic with a powerfully iconic style that is still recognizable (and mimicked) today. It would be followed up by two mega-sequels in 2003 – The Matrix Reloaded and The Matrix Revolutions – that wouldn’t reach the heights of the original, but opened up a vast and intricate world that fans still obsess over.

Now, 18 years and several animated shorts and MMORPGs later, Neo and Trinity are back in The Matrix Resurrections. With the release of the first official trailer, here’s what we know about our imminent future…

Only One of the Wachowskis Is Returning to Direct 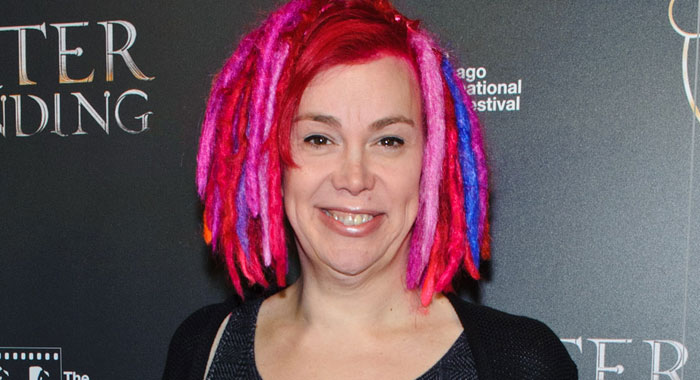 Ever since their 1996 directorial debut, Bound, Lana and Lilly Wachowski have been a double act. The siblings not only co-directed the entire original Matrix trilogy, but also Speed Racer, Jupiter Ascending, and Cloud Atlas (they also co-produced V for Vendetta and created the Netflix series Sense8). However, Matrix Resurrections will see Lana fly solo behind the camera for the first time. At this year’s CinemaCon, Lilly cited exhaustion from multiple projects, her transition, and the death of their parents for sapping her creative energy.

“I got out of my transition and was just completely exhausted because we had made Cloud Atlas and Jupiter Ascending, and the first season of Sense8 back-to-back-to-back,” said Lilly. “We were posting one and prepping the other at the exact same time. So you’re talking about three 100-plus days of shooting for each project, and so, coming out and just being completely exhausted, my world was like, falling apart to some extent even while I was like, you know, cracking out of my egg. So I needed this time away from this industry. I needed to reconnect with myself as an artist and I did that by going back to school and painting and stuff.”

Neo and Trinity Are Back 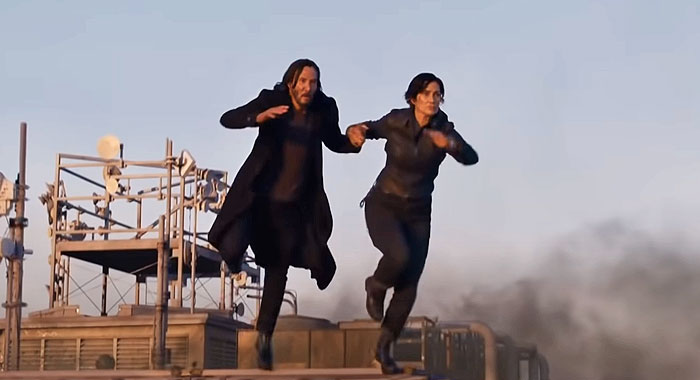 Despite the minor complication that Neo and Trinity both die in Revolutions, original stars Keanu Reeves and Carrie-Anne Moss are returning for the fourth go-round (here’s a hint: The movie is called RESURRECTIONS). It’s also been reported that Jada Pinkett Smith will be reprising her role as Niobe, a Zion rebel and hovercraft captain, and Lambert Wilson will be returning as mysterious computer-based crime lord The Merovingian (though neither show up in the trailer). Notably absent are original stars Laurence Fishburne (who played Neo’s mentor, Morpheus) and Hugo Weaving (who played the villainous Agent Smith, a security program that eventually goes rogue). Weaving was actually interested in coming back, but scheduling conflicts made it impossible. As for Fishburne, there may be more behind the decision to not have him return…

Is That “Young Morpheus”? 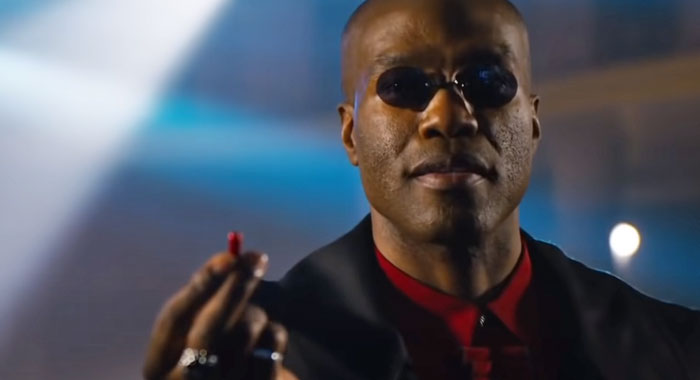 One of the reasons Fishburne may not be back is that Morpheus as we know him is gone. In fact, the character is killed during the Matrix Online – an MMORPG that ran from 2005-2009 and is considered canon. Candyman star Yahya Abdul-Mateen II is rumored to be playing either a young version of Morpheus (perhaps beaming in from another timeline to alter the future) or simply Morpheus with a newer, younger look. Note that in the trailer, Abdul-Mateen is clearly wearing very “Morpheus”-like pince-nez sunglasses, and there’s a call-back to the dojo fights between Neo and Morpheus in the first film. Also, on the website WhatisTheMatrix.com, there were quick teaser shots of what looked to be computers “creating” Abdul-Mateen out of nothing – so maybe he’s not what he seems at all, even if Abdul-Mateen himself took to Instagram seemingly to confirm what everyone was thinking.

Maybe Not, According to Keanu

While doing an interview on the BBC’s The One Show, Reeves dropped a few tantalizing Resurrections tidbits. Nothing solid, of course, but when asked if there were prequel elements at play, he quickly shot them down, saying, “No, no. No going in the past.” While this doesn’t rule out a young Morpheus showing up, it does reinforce that the movie is firmly post-Revolutions. Reeves also called it an “inspiring love story.”

Is this why Neo and Trinity may be getting a fresh start? 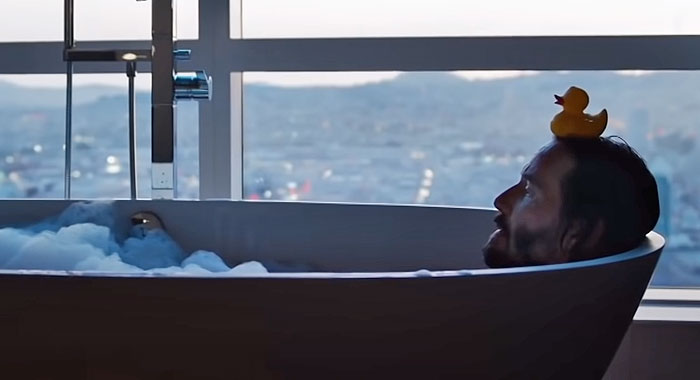 One of the most intriguing bits in the trailer are those that show Neo once again going by the name “Thomas” – before he was awakened out of the Matrix, he believed he was a computer programmer named Thomas Anderson. Also, when they meet, Trinity doesn’t recognize Neo at all (“Have we met?”) – could she have been re-set or rebooted? Is this a new Matrix entirely? The shots of Thomas gulping down blue pills – the ones that keep you blissfully ignorant of the truth – like they’re morning vitamins could suggest he’s either willfully returning to life as a human battery or he’s being manipulated and kept from remembering who he is.

There Are Plenty of New Faces 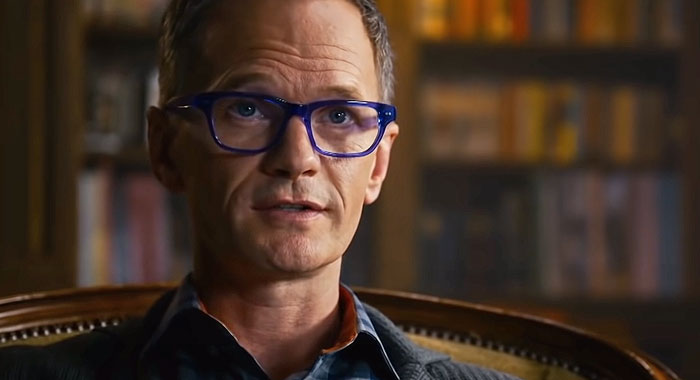 In addition to the returning stars and (possibly) returning characters, Resurrections will feature some exciting new players as well. Leading the way are Neil Patrick Harris (playing what appears to be a psychiatrist, but nothing is as it seems – note the blue pill-colored glasses he’s wearing), Christina Ricci (reteaming with Lana Wachowski after Speed Racer), Priyanka Chopra Jonas (glimpsed briefly giving “Thomas” a copy of Alice in Wonderland), Iron Fist star Jessica Henwick (pulling off some very Trinity-like action moves), and Hamilton alumnus Jonathan Groff — in the trailer, he asks mockingly about “The Matrix,” and earlier teasers on the WhatistheMatrix site show extended bits from that scene with his mouth “erased,” just like Neo’s was in the original movie. We also get a returning Daniel Bernhardt, who previously played Agent Johnson in the original trilogy and reprises that role, presumably in a much larger capacity, in Resurrections.

Oh, and We Might Be the Bad Guys This Time 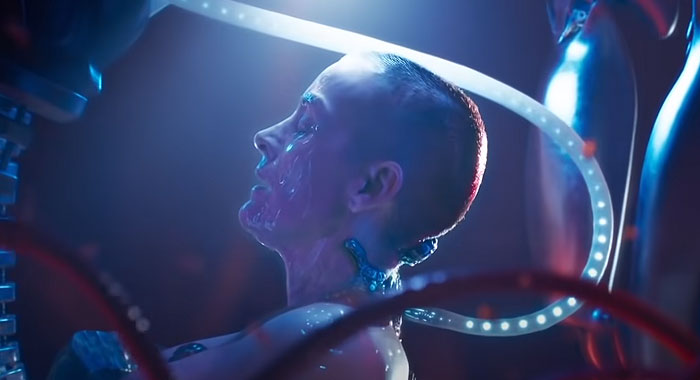 If you recall, The Matrix Revolutions ends with a truce of sorts between the Machines and Humanity (after Neo convinces the head machine, the “Deus Ex Machina,” that rogue Agent Smith was the true threat to both worlds). The Oracle and the Architect share a sunset chat during which it’s revealed that humans will now have a choice as to whether or not they wish to stay plugged into the Matrix. It’s possible that Resurrections will show that humans are now willingly enslaving themselves – hence the daily bottle of over-the-counter blue pills – and how Neo might be an unwelcome threat to the new status quo. But we’ll just have to wait and see…

The Matrix Resurrections is in theaters and on HBO Max on December 22, 2021. 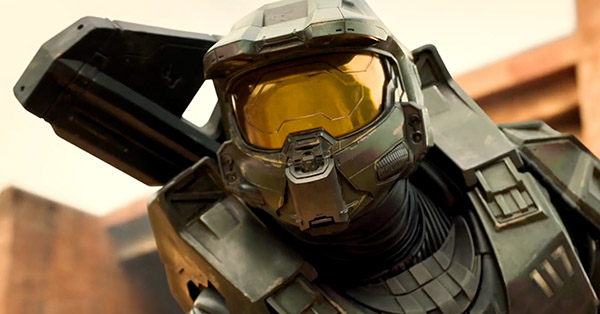