Everything We Know About The Falcon and the Winter Soldier

The Falcon and the Winter Soldier, Marvel Studios’ first foray into television, is a six-episode limited series featuring two of the Captain America films’ best supporting characters: Sam Wilson (Anthony Mackie) — aka Falcon — and James Buchanan “Bucky” Barnes (Sebastian Stan), the infamous Winter Solider. The duo remain together despite their initial antipathy, and we couldn’t be more thrilled to see them in another adventure.

Of course, as one of the earliest of the studio’s ambitious plans for content on the Disney+ streaming service – it was the first until pandemic circumstances shuffled things up and WandaVision jumped the queue – all eyes are on the series to deliver action, suspense, laughs, and at least one or two answers to questions left dangling from Avengers: Endgame. A just-released official trailer, teased during the 2021 Super Bowl, has revealed new details about the series.

So let’s take a look at everything we know about the series so far and what it could mean for the television aspect of the Marvel Cinematic Universe’s Phase 4.

When Does The Falcon and the Winter Soldier Premiere?

The series was initially slated to debut in August 2020 and follow Disney+’s customary release pattern with one new episode per week for the six-week run. The title, along with its MCU series brethren WandaVision and Loki, was among the first productions to shut down in response to the emerging COVID-19 pandemic in March.

During the December 10, 2020 Disney Investor Day, Marvel Studios President Kevin Feige announced that the series premieres March 19, 2021. And that is now the official release date.

The program is still considered a limited series, so do not expect a second season to be forthcoming. Although, you never know what tricks Marvel may pull to turn its limited series plans into ongoing prestige programs. And even if The Falcon and the Winter Soldier remains a one-off event, Marvel has plans for many more series in the works.

When Does The Falcon and the Winter Soldier Take Place? 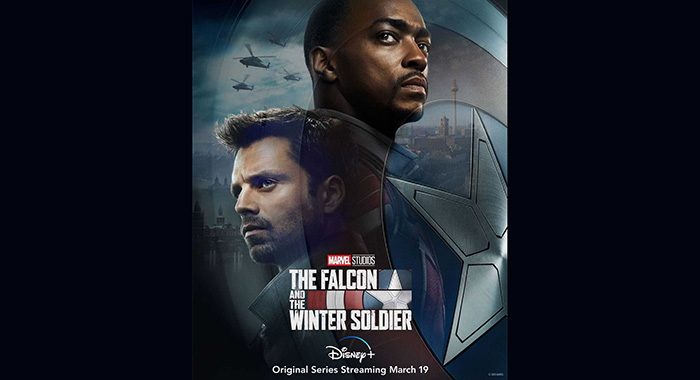 As with seemingly all of the announced Disney+ shows, The Falcon and the Winter Soldier will occur sometime after Endgame. How much later is still up for debate and that span of time is important for an number of reasons. For one: both Sam and Bucky were snapped away in Avengers: Infinity War and presumed dead for five years. They will have to re-establish themselves as living persons. And while this may be difficult for Sam, it will be a nightmare for Bucky — he’s been legally dead since the 1940s!

Also, he’s still a wanted criminal for his activities as the mind-controlled Winter Soldier. Though one imagines the Avengers may have smoothed over some of that following the Endgame battle. If that turns out to be the case, both Sam and Bucky still face acclimating to a world which moved on without them. It’s something Spider-Man: Far From Home glossed over, but feels like prime material for a limited-run television series.

It might also be the place to establish what the Avengers look like post-Endgame. Well, provided they exist in any form. Are Sam and Bucky involved in their activities or are they, as it always seems, on their own?

What Is The Falcon and the Winter Soldier About? 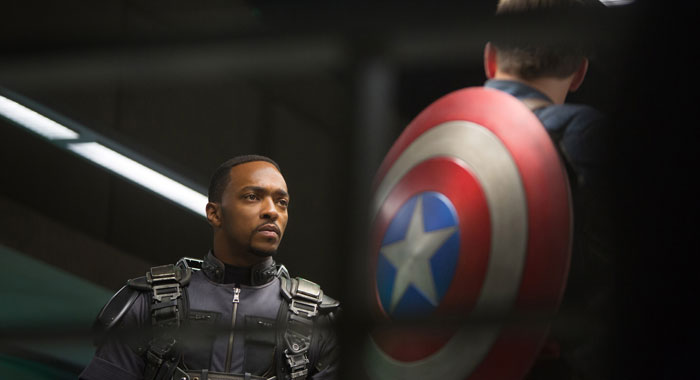 Beyond the aspects of the post-Endgame MCU we’d like to see clarified, the show will revolve around Sam’s decision to take over the as Captain America from Steve Rogers (Chris Evans). His feelings on the matter are complicated, naturally enough, and that character-driven choice is the sort of thing Feige wants the Marvel Studios television shows to focus on.

“Disney+ is going to give us this opportunity to tell even deeper stories on characters you already know and love … in a new type of cinematic way that we haven’t done before,” Feige said at CCXP19.

Making things tougher for Sam, the U.S. government appears to be less than thrilled with Steve’s choice to give him the vibranium shield. In lieu of Sam, John Walker (Wyatt Russell) appears to be their preferred choice. The character is based on the Marvel Comics antihero and sometimes-villain U.S. Agent. Initially presented as a foe for Captain America, Walker took over the heroic identity for a time and served on superhero teams like the Great Lakes Avengers as U.S. Agent. His complicated past leads us to suspect his MCU counterpart will have an equally difficult path, which will no doubt lead him into fighting Sam before they potentially team up to fight a more shadowy enemy.

Also, because of Walker’s affiliations in the comics, we expect The Falcon and the Winter Soldier will also address the state of the Sokovia Accords and whether or not costume heroes have to register with the government.

Of course, it still leaves us with the central question: Will Sam become Captain America? He did for a time in the pages of Marvel Comics, so it is a possibility. But it is also possible the question will remain unresolved by the end of the series.

Who Else Stars in The Falcon and the Winter Soldier? 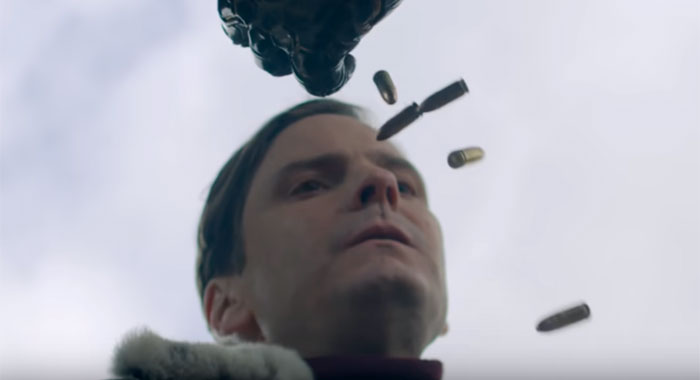 Outside of the title characters and Russell as Walker, the series will feature the return of Captain America film series characters Sharon Carter (Emily VanCamp) and Helmut Zemo (Daniel Brühl, pictured). As revealed back at SDCC 2019 – and shown extensively in the 2021 Super Bowl trailer – Zemo will wear the comic book character’s famed purple mask. But other details of his appearance and current circumstances are unclear. Is he the real mastermind behind the government’s skepticism toward Sam? Will he try to activate Bucky to break him out of jail? Did he get snapped or did he live those five years? The material Marvel and Disney+ have unveiled to date leaves that last question very much up in the air, but it is possible his new fashion sense comes from years in isolation. He does announce in the latest trailer that he has some unfinished business.

And considering his rather complicated lineage in the comics, it is possible the series may devote some time to him discovering a forgotten claim to a Sokovian barony. Although, the MCU Zemo strikes us as a “smash the aristocracy” type and any sort of noble lineage may be his secret shame.

VanCamp’s return as Sharon Carter may represent the closest tie the overarching Phase 4 story. On the run since Captain America: Civil War (although she was counted among the lost during the five-year gap), it is possible she found her way back to S.H.I.E.L.D. – an organization whose status definitely needs to be clarified in the MCU with Marvel’s Agents of S.H.I.E.L.D. ending this summer – or contacted Nick Fury (Samuel L. Jackson) and hooked up with his secret space force. As we remain hopeful S.W.O.R.D. (an extra-planetary defense force dedicated to keeping Earth safe from aliens) will be introduced in Phase 4, her story could be an opportunity to establish it and its role. Beyond those things, though, the series also presents the opportunity for Sharon to actually have a story all her own.

Other actors joining the MCU with the series include Adepero Oduye, Desmond Chiam, Miki Ishikawa, Noah Mills, and Carl Lumbly is still-classified roles; although, knowing Marvel, we will probably know their character names by the release of Black Widow later this April.

Who Is Writing and Directing The Falcon and the Winter Soldier? 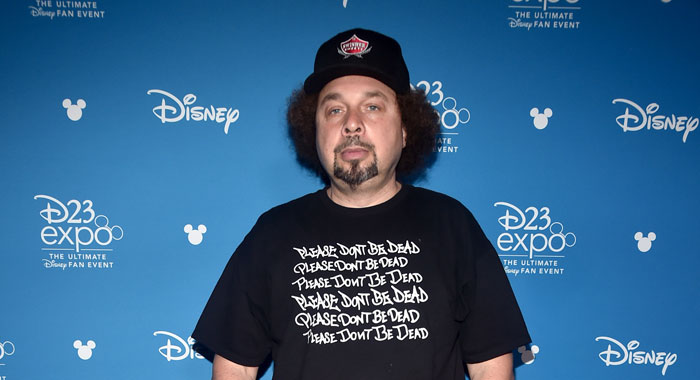 Orchestrating Sam and Bucky’s next journey is Malcolm Spellman, a veteran of the television series Empire. He also, curiously enough, wrote The Sopranos: Road to Respect video game. He serves as showrunner and head writer, while Kari Skogland takes on the task of directing all six episodes. With a resume which includes episodes of Family Law, Boardwalk Empire, Vikings, The Handmaid’s Tale, and The Punisher, she seems well-suited to the task. John Wick writer Derek Kolstad is also a member of the writing team.

Filming began in October 2019 in Atlanta, home of various Marvel productions like the more recent Avengers films and Guardians of the Galaxy Vol. 2. The series planned to move to Arecibo, Puerto Rico, in January, but earthquakes delayed the scheduled shooting. Currently, the production is shooting material in Prague.

How Else Does The Falcon and the Winter Soldier Connect to the MCU? 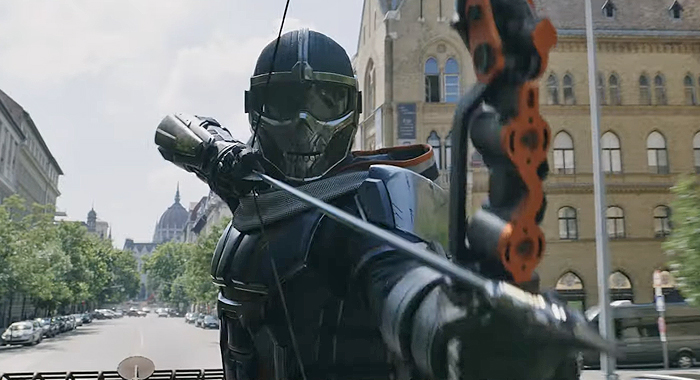 Beyond the obvious ties to various MCU films by way of casting and plot, The Falcon and the Winter Solider may offer other connections to projects or added greater depth to the ongoing metanarrative.

In the Marvel Comics universe, Taskmaster trained John Walker, making him a formidable opponent to anyone he crossed. The character is set to make his debut in Black Widow and could, theoretically, be partly responsible for Walker’s training in the show. Of course, as the film is set shortly after Civil War, Taskmaster would have to survive the plot to be around and train U.S. Agent. Granted, Walker could’ve been in training prior to Black Widow as well.

As it happens, Walker often worked for the Commission on Superhuman Activities, a presidential taskforce aimed at supervising American superheroes, in the comics. They have a far reach and could potentially debut in the series as a new pressure for Sam and Bucky, but also for film heroes like Captain Marvel (Brie Larson), Spider-Man (Tom Holland), and Thor (Chris Hemsworth).

And since Walker’s arrival into the MCU creates so many possibilities, could a Great Lakes Avengers series be far behind? The often comical adventures of, to be frank, second-string heroes would be an interesting place for Marvel to go with television. In fact, it would allow them to build an ongoing series with a new set of characters while continuing to make limited-run programs with the more expensive film stars.

The Falcon and The Winter Soldier is available on Disney+ from March 19, 2021.