Initially proposed as a film during Disney and Lucasfilm’s “A Star Wars Story” misadventure, the often-rumored Obi-Wan Kenobi project emerged as a six-episode Disney+ limited series. But as the constant joke goes, how do you make a series set within the decades Obi-Wan (Ewan McGregor) sat in a dwelling somewhere on Tatooine and called himself “Ben”?

Director Deborah Chow and star McGregor gave a first look at the series on Disney+ Day on November 12, 2021. The video (see it here in a new window) shows clips from the Star Wars films of McGregor as the Jedi Master, concept art for the special event series, and behind-the-scenes footage of Hayden Christensen, who reprises his role as evil Sith Lord Darth Vader, training with a lightsaber. And according to Disney+, the story begins 10 years after Star Wars: Revenge of the Sith, in which Kenobi witnessed the corruption of his best friend and apprentice, Anakin Skywalker, as the young Jedi turned into Darth Vader. A subsequent trailer released on May 4, 2022 offered a few glimpses of Christensen’s Vader.

“There’s a hunger for this character to come back. The fans have been waiting long enough, you know?” McGregor said in the Disney+ Day video. “At least he has this one task left, which is to keep Luke safe.” And to protect Luke, Obi-Wan will have to leave the Dune Sea of Tatooine, as the various trailers have now made abundantly clear. 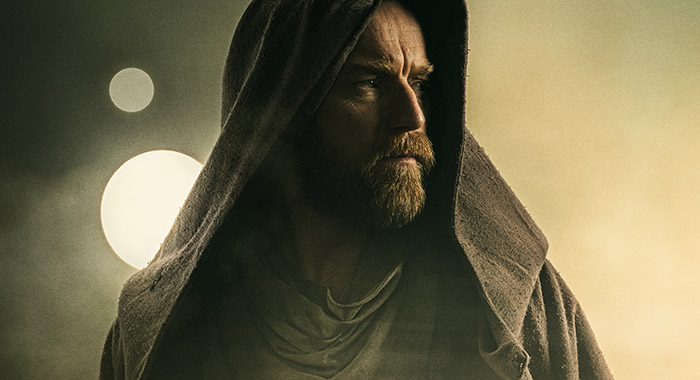 Of course, the previews still leave the show as a bit of a mystery, so let’s take a look at everything we know about the series so far and see if we can’t glean what sort of adventures a Jedi exile can have while he looks after (from a distance) his best friend’s son.

What We Know About Obi-Wan as a Character 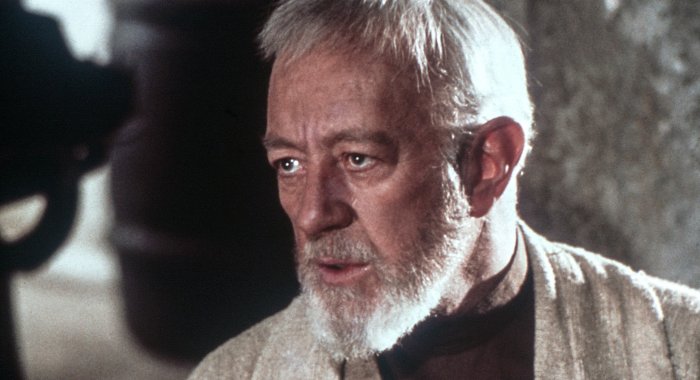 Introduced in the original Star Wars (Episode IV — A New Hope) — or, from another point of view, introduced in Star Wars: Episode I – The Phantom Menace — Obi-Wan Kenobi is the exemplar Jedi Knight. A good fighter who uses the Force for knowledge and defense, he takes the Order’s code very seriously – even if it means great personal heartbreak. And as far as any of his live-action or animated appearances have told, he is the least likely to ever give into the Dark Side. Granted, design documents for a “Dark Ben” in some long-abandoned video game or comic-book project make the rounds online from time to time.

And though his incorruptibility would seemingly prevent conflict, there are plenty of ways for his valor to be tested. In the March 9 teaser, it becomes clear his vigil over a 10-year-old Luke will be interrupted by a Sith Inquisitor nosing around Tatooine settlements like Mos Eisley and Anchorhead. Their relative proximity to his cavern dwelling will lead Obi-Wan off-world to the planet Daiyu, which was described to Entertainment Weekly as having a “Hong Kong Feel.” No matter where he goes, though, Obi-Wan will have to make some difficult choices to protect his last gambit against Darth Vader and the Empire in this six-episode limited series — and as the May 4 trailer revealed, those choices include using an uncivilized blaster.

The initial teaser also offered a small insight into the title character’s mindset. As the preview opens, we can hear him say “The fight is done … We lost.” Additionally, McGregor told EW that the character is “rather broken, and faithless, and beaten, somewhat given up” as the story begins. Regaining his resolve, and possibly some of his sharp sense of humor, will no doubt be a part of his arc. 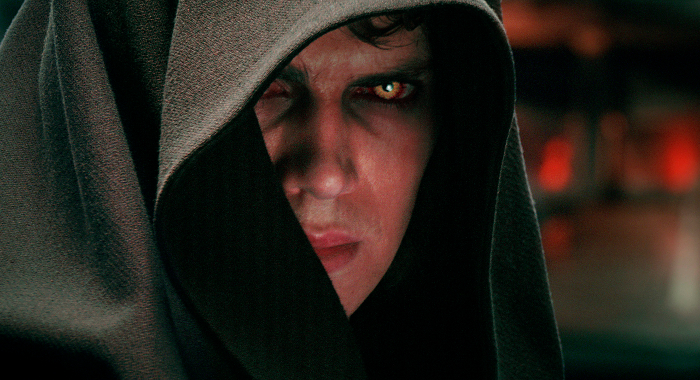 Besides McGregor’s return as “Old Ben,” the program will feature a surprising number of established Star Wars actors – and some very surprising returning characters. At the Disney Investor Day 2020 presentation, Lucasfilm President Kathleen Kennedy announced Christensen would return as Vader. That reveal left many wondering if the story would take place in the short time Anakin went by that name before he was encased in the Sith Lord’s iconic armor. But now that we know for certain it takes place a decade later, it will be interesting to see the actor return to a part which requires someone else’s voice. Curiously, neither James Earl Jones nor Scott Lawrence or Matt Sloan (who often voices Vader in animated and video game projects) have been announced as returning.

As it happens, the series will not be Christensen’s first time in the armor. He briefly suited up for Vader’s final scenes of Star Wars: Episode III – Revenge of the Sith.

“The most beautiful thing of all is that it’s brought me back together with Hayden,” McGregor said in the 2021 Disney+ Day video. “Have another swing at each other, might be quite satisfying for everybody.” That “swing” McGregor mentioned has caused a stir in the Star Wars fanbase. A piece of production art glimpsed in the video sees Obi-Wan and Vader dueling once again. Is this the last moment Vader felt his old master’s presence? Is it a Force-induced vision? If the former, the series will redefine key dialogue in the original Star Wars and 40+ years of seemingly established lore, which presumed the fight on Mustafar (as seen in Sith) was their last encounter until the Death Star. The May 4 trailer suggests Obi-Wan may end up at Vader’s fortress on that very same volcanic planet, which means the place of their last encounter may stay the same even if the year shifts by a decade. But that leaves one question: would Vader still consider himself “the learner” at this point?

Disney+ has announced the cast for #ObiWanKenobi, including the additions of Kumail Nanjiani, O'Shea Jackson Jr, Sung Kang, and more. pic.twitter.com/by5YegLOQ8

McGregor and Christensen are not the only Prequel Trilogy actors set to return, though. In a press release announcing the imminent start of production, Lucasfilm revealed Joel Edgerton and Bonnie Piesse are back. The pair played the younger Owen Lars and Beru Whitesun in Star Wars: Episode II – Attack of the Clones and in a brief cameo during Revenge of the Sith’s closing moments. Edgerton is also seen in the March 9 teaser facing off against an Inquisitor. And though it seems his concerns will be directed toward the Empire, his presence in the show at all is one of the potential sources of conflict it can mine as Owen’s distaste for Ben in the original Star Wars has to come from somewhere. And although some of that tension has been explored in comics and other media over the years, seeing it in live action is always the dream for a Star Wars fan. The May 4 trailer confronts some of this directly as Owen criticizes Obi-Wan’s ability to train Anakin.

Fun Fact: During the scripting of Return of the Jedi, Owen was meant to be Obi-Wan’s brother. 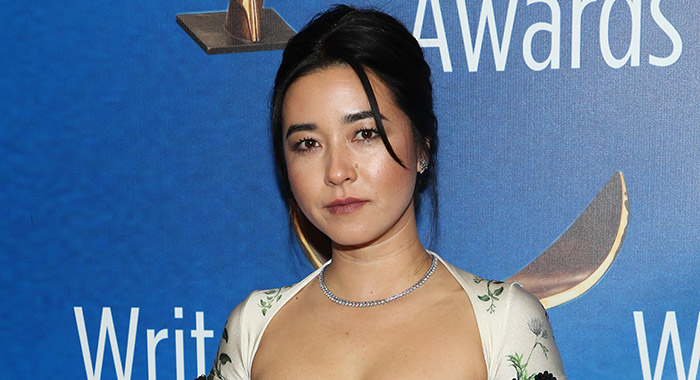 But a Star Wars TV show can’t revolve around established characters entirely – we’d have no Mandalorian if that were the case – so the series will see a healthy amount of new faces as well.

Pen15 star Maya Erskine is the latest actor to reportedly the cast. She joins the previously announced Moses Ingram (The Queen’s Gambit), Kumail Nanjiani (The Big Sick), Indira Varma (pictured, Game Of Thrones), Rupert Friend (Hitman: Agent 47), O’Shea Jackson Jr. (Straight Outta Compton), Sung Kang (Fast & Furious 6), Simone Kessell (Reckoning), and actor-director Benny Safdie (Good Time). Speculation on the parts they will play immediately went into overdrive. Varma, for example, was quickly linked to characters like Satine Kryze (Obi-Wan’s long-lost love), Star Wars Rebels characters like the Seventh Sister and Governor Pryce, and even the long-dead (by the time of the series) Sith assassin Asajj Ventress. As it happens, the March 9 teaser offers one quick glimpse of Varma in an Imperial officer’s uniform, which strengthens the possibility she may be playing Pryce, but it is equally possible she is a new Imp character. In fact, we imagine the greater portion of the new cast will be entirely new characters ripe for spinoffs of their own.

This is the way of Star Wars, after all.

A behind-the-scenes look at the new Star Wars series is now available to stream on Disney+. #DisneyPlusDay pic.twitter.com/R2F4kIcFDu

One character we can confirm is Ingram’s Reva, the Sith Inquisitor causing so much trouble for Owen and Obi-Wan. Although she is said to be ruthless, the teaser suggests she still has a lot to learn from the Grand Inquisitor about hunting the remaining Jedi. Ingram told EW that the character is “all heart,” so maybe Obi-Wan will have a chance to turn her to the light. Additionally, Friend can be glimpsed in heavy makeup as the live action version of the Grand Inquisitor. His voice can be also be heard as he, presumably, schools Reva on the most effective way to find Jedi. The subsequent trailer seemingly offers a counter to the moment as Reva, now identified as the Third Sister within the Inquisitors, suggests they have been looking for Obi-Wan in the wrong place.

The May 4 trailer also offers a fleeting glance at Nanjiani’s character. Based on his clothing, he may actually be another Jedi in exile. Although, it is worth noting that Jedi garb is a popular look on Tatooine in this era.

Beyond the Inquisitors, Imps, and potential Jedi, this group of actors could easily become any number of desert-world dwellers trying to make their way in the galaxy. Alternatively, they could populate the streets of Daiyu with wholly different concerns from moisture farming. And at least one of them has to be a bounty hunter as Reva mentions in the May 4 trailer her intent to employ them in her search. 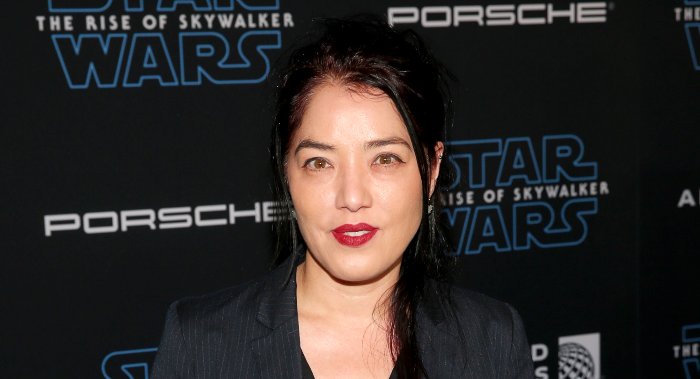 Since Lucasfilm finally admitted to the project’s existence, Mandalorian episode director Deborah Chow (pictured) has been linked to its development. In a 2020 press release, the company confirmed she will direct the series in addition to serving as an executive producer. She helmed the third and seventh episode of Din Djarin’s (Pedro Pascal) debut season, introducing us to the Mando Covert, the Armorer (Emily Swallow), and Moff Gideon (Giancarlo Esposito) along the way. To say she gets Star Wars is an understatement.

Joining up on scripting duties is Joby Harold, a veteran of Zack Snyder’s Army of the Dead and Warner Bros Pictures’ King Arthur: Legend of the Sword. But it should be noted he replaces Drive screenwriter Hossein Amini, who initially developed the program with Chow. It is unclear how much of his work remains, but we imagine at least a little will become evident when the series finally debuts.

When Does Obi-Wan Kenobi Premiere? 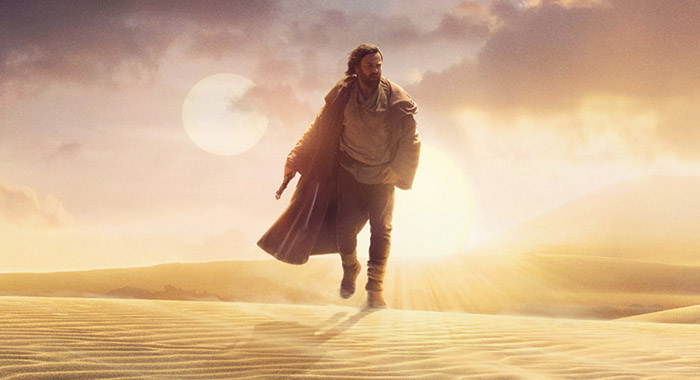 Originally planned to debut on May 25, 2022, Disney+ announced in March that the first two episodes will stream Friday, May 27.