Everything We Know About HBO Max’s The Batman Spin-Offs

We break down the just-announced Penguin series, as well as a few other possibilities, and look at how WB/DC has approached them before. 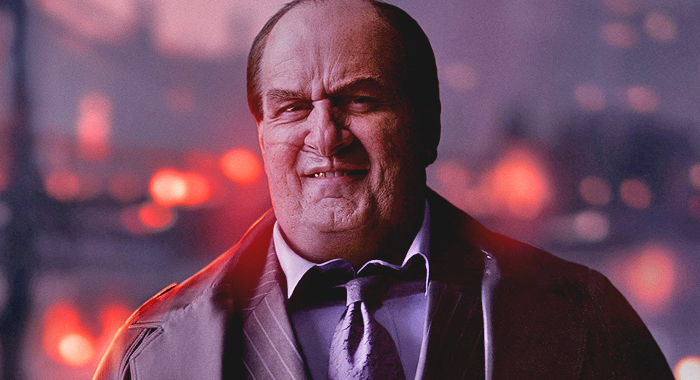 With the success of The Batman, attention is turning, naturally enough, to the next adventure for a Batman (Robert Pattinson) looking to save his soul. But in a striking difference from even a few years ago, when Batman’s story was meant to integrate into the interlocking film cycles of the so-called DC Extended Universe, part of The Batman’s future now includes at least one confirmed television series on HBO Max.

Like The Suicide Squad and Peacemaker, the streaming service has a great interest in carrying on the DC story via long-form programs working in concert with a theatrical feature. It also has an interest in its own DC-branded features, which is why Batgirl takes place in its own reality far from the damp streets of The Batman’s Gotham City. Nevertheless, HBO Max wants some access to director Matt Reeves’s world and he’s more than happy to help.

Since 2020, Reeves has been involved with one or more series spinning off from the film. As he said in a recent interview (via Bustle), “What we’re really trying to do is to launch this world. If the world embraces this, we have a lot of ideas for things we want to do.” Additionally, the director noted elsewhere that the television format will allow him to get much deeper into the supporting characters than he can in a feature.

But much like the Riddler’s (Paul Dano) plans for Gotham, the real extent of the Reeves and HBO Max plan is still scattered among various clues, sound bites, interview snippets, and actual scenes from The Batman itself. So let’s assemble what we know about The Batman’s TV spinoffs so far. Also, since Batman stories are so varied, numerous, and malleable, we’re going to compare these nascent plans to the long-form Batman show Gotham and see what sort of fresh take HBO Max can bring to the proceedings. 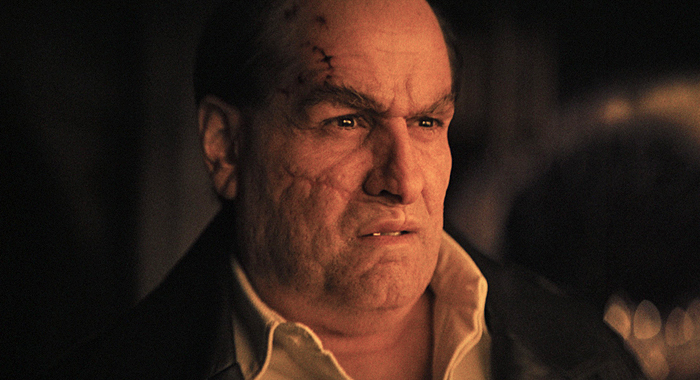 Status: In active development at HBO Max with Colin Farrell already signed on to star and a straight-to-series commitment.

What We Know So Far: As first revealed in late 2021, the Penguin series is set to chart the rise of Oswald Cobblepot from disfigured nobody to noted Gotham gangster. In previous interviews, Reeves likened it to Scarface — both the 1932 film and the 1983 remake — which centers on young, ambitious man who comes to rule the local crime syndicate but gets his comeuppance in the end. Although seemingly pitched as a prequel, we suspect Penguin’s rise may constitute a “year three” story and, perhaps, the most direct sequel to The Batman until the next feature film. In an interview with EW, Reeves mentioned the series coming about while thinking of ” the next story” for the Penguin. Also, as Farrell has noted, Cobblepot is not yet comfortable with being called “Penguin” at the time of The Batman and we imagine it would be tough to do a show related to the Penguin without him accepting that identity. Also, it would be interesting to use the series as a way to illustrate Gotham’s change from mob city to a land of costumed supervillains like Penguin, Joker, and Scarecrow. No matter when it takes place, though, Marvel’s Agents of S.H.I.E.L.D.‘s Lauren LeFranc is set to write the pilot and run the show with Reeves, producing partner Dylan Clark, and Farrell serving as executive producers. And as of March 9, 2022, it is the only spinoff with a series commitment from HBO Max.

Did Gotham do it? Oh, dear word, yes. If Jim Gordon’s (Ben McKenzie) struggle to remain one good cop is Gotham’s central story, the rise of squirrely Oswald Cobblepot (Robin Lord Taylor) from low-level Falcone goon to the Great Bird of Crime in Gotham City is its major B-plot. The story even features a Scareface-like arc, with Cobblepot spending a decade in Blackgate Penitentiary and being released just as Batman makes his debut in the city, proving his ambitions will always fail. But considering the vast tonal differences between Gotham and The Batman – not to mention the big differences in Taylor’s and Farrell’s takes on Cobblepot – it is easy to think this Penguin show will see him a little more self-assured and unabashedly the hero… from his point of view, anyway. Also, we imagine Cobblepot’s fascination with Gordon in Gotham will be completely absent here. 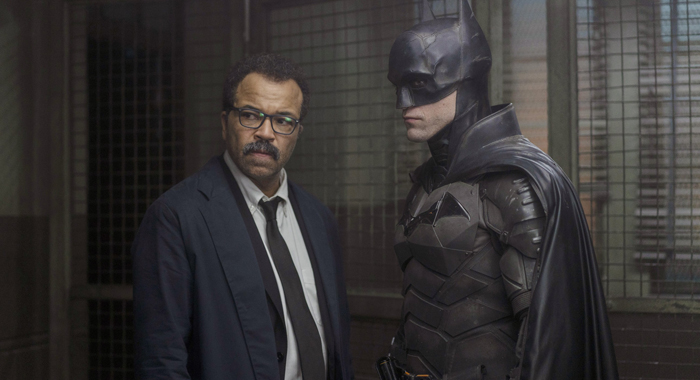 What We Know So Far: First announced in July of 2020, the show was meant to take place during The Batman’s “year one” and focus on the corruption within the Gotham City Police Department via one particular bad cop whose belief in law enforcement is reignited by the arrival of the Batman in town. In the weeks before DC FanDome 2020, word broke indicating Boardwalk Empire’s Terence Winter would run the show. That November, Winter left the project with Giri/Haji‘s Joe Barton replacing him. Reeves subsequently likened it to Sidney Lumet’s films about civic and police corruption and went as far as to say the GCPD would turn out to be the biggest, baddest gang in town. Ultimately, HBO Max wanted a different sort of show, which Reeves halfway explained during a recent episode of Happy, Sad, Confused, saying, “They didn’t not like the idea… They wanted to center a show on a character who was more — I get it.” He also mentioned he still loves the corrupt cop angle and HBO Max may end up doing its version of the Gotham PD series on its own, leaving the development of this show in a holding pattern. With all that said, it is easy to imagine that this is the end of the line for the program.

Did Gotham do it? To an extent. The premises of the Gotham PD series and Gotham both focus on the GCPD and use the department’s institutional rot to varying degrees. But with Gotham also being the story of Jim Gordon, it couldn’t help but paint the police corruption as a combination of specific bad actors on the job and an overworked police force. Reeves’s Gotham PD show sounds like it would have gone deeper into the systemic corruption as something Gordon (Jeffrey Wright) is unable to undo on his own. 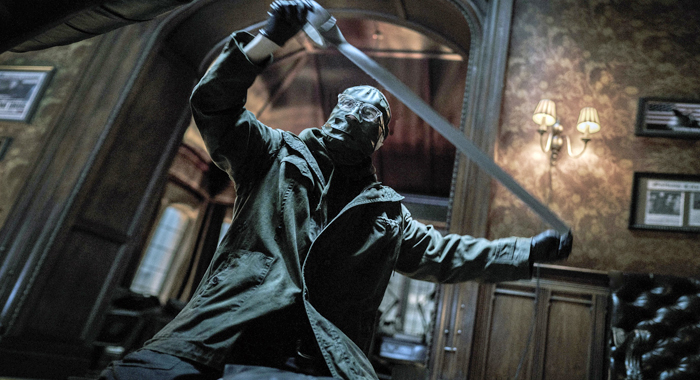 What We Know So Far: As Reeves explained on The Cyber Nerds, the disagreements about the Gotham PD project led to this evolution, which will center on the infamous mental hospital. As seen in The Batman, the Arkhams of Gotham City and the Waynes have a long-standing relationship. The Riddler even suggests Martha (Stella Stocker) was an Arkham and her family hid her mental illness via their fortune and political connections. According to Reeves’s recent statements, the series will examine some of these accusations. Presumably, it will also feature younger versions of Thomas and Martha either embracing or pushing back against each of their family’s legacies. Then again, Reeves also said the program will be like “a horror movie or a haunted house that is Arkham,” so it may even be a more current-day story completely set within the asylum.

Did Gotham do it? By episode 10, Gotham was already inside Arkham Asylum’s walls, as Jim was reassigned to guard duty there. Along the way, he met Dr. Leslie Thompkins (Morena Baccarin), who would become pivotal in his life and to the show’s sense of direction. The asylum would continue to matter with various criminals locked up there, broken out by people like Tabitha Galavan (Jessica Lucas), and the Wayne Enterprises/Court of Owls research facility Indian Hill operating deep underneath the hospital. One big difference between Gotham and the proposed HBO Max series, though, is the focus on the Arkham family. That said, a group of Gotham’s elite using their money and clout to direct the city from the shadows did appear in Gotham’s take on the Batman comics’ “Court of Owls” storyline. And, to be honest, we don’t know how Reeves can do the show he proposes without pulling some material from that same story. Also, if the series takes place during Thomas and Martha’s younger days, it ventures into some of the same territory as Gotham‘s quasi-prequel, Pennyworth — although we bet the Arkham show’s tone will be wildly different from either of those series. 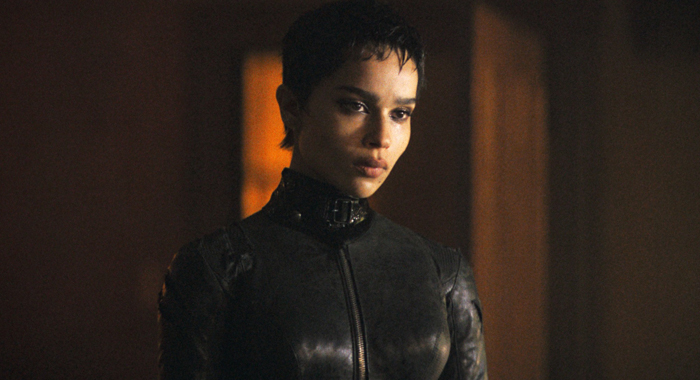 Status: Not entirely a real concept just yet.

What We Know So Far: During a press conference for The Batman, Reeves said he has spoken with HBO Max about a potential series starring Zoë Kravitz as Selina Kyle. Of course, we imagine such a series would require a contract separate from her film appearances. We’re also starting to think Reeves is so immersed in the world of Batman that he’s ready to direct, write, or produce a show about any of its characters.

Did Gotham do it? Absolutely! Selina, played by Camren Bicondova on the series, is the third major character we meet after Bruce (David Mazouz) and Gordon. She also appears in the majority of the series, making her relationship with Bruce a key on-off thing throughout, although scaled down to junior high territory. Well, junior high while investing a murderous cabal of Gotham’s elite (as mentioned above). An HBO Max version of Selina’s life would presumably take place after she turned left in The Batman’s closing moments and, perhaps, sees her getting the best of the rich in another DC town. Metropolis, Coast City, and Opal have to be good for a few hundred grand, each, right?