Everything We Know About Borderlands

Who's making it, who's in it, and will it be based on any of the games? We dig into all the details we have so far. 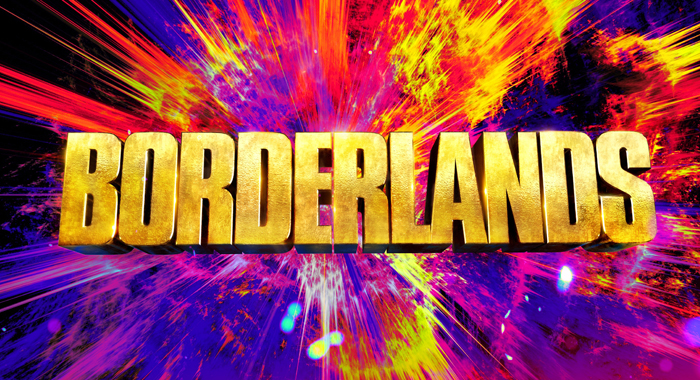 Get ready, moviegoers, to explore the wild alien world of Pandora — no, we’re not talking about the Avatar sequels, but the highly anticipated adaptation of the video game Borderlands. The role-playing first-person shooter series — which follows desperate people looking for vaults of alien technology on a various dystopian planets, including one with a familiar name — will grace the big screen in the not-too-distant future. Here’s everything you need to know about the Borderlands movie, set to be directed by horror icon Eli Roth and starring Cate Blanchett.

An Adaptation Has Been in the Works for a While 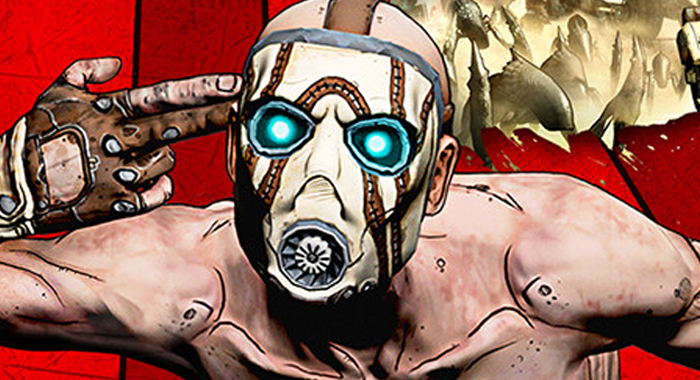 The first Borderlands game debuted back in 2009 on a variety of platforms, and it has since spawned three sequels and a handful of spin-off titles. The series is renowned for its distinct, cel-shaded visual style and aesthetic, a Mad Max-inspired post-apocalyptic setting, and gameplay that straddles the line between a shooter and a role-playing game (RPG). The games are set in the year 2864 AD, during an age when corporations have grown large enough to colonize and essentially strip-mine planets for resources. The most precious resources are “Vaults” of advanced alien technology, and the basic storyline follows groups of “Vault Hunters” on the planet Pandora — and, in later installments, on other planets — as they fight miniature proxy wars for the various megacorporations while looking to cash in on the treasure themselves.

Lionsgate announced it was working on a movie adaptation in 2015, though as is often the case in Hollywood, actually getting the film made was slow going. Things sped up last year, though, when in February of 2020, Roth joined the project as the director. Borderlands also picked up a notable screenwriter and some big-name movie stars (more on them in a little bit, though.)

Filming began in Hungary in April of this year and wrapped just as summer started, on June 22, 2021:

Claptrap really wanted to let you all know he made it down the stairs safely. That, and the production of #BorderlandsMovie has officially wrapped! See you at the theaters in 20 ? ? pic.twitter.com/69NFljVjDc

The Cast Is Spectacular 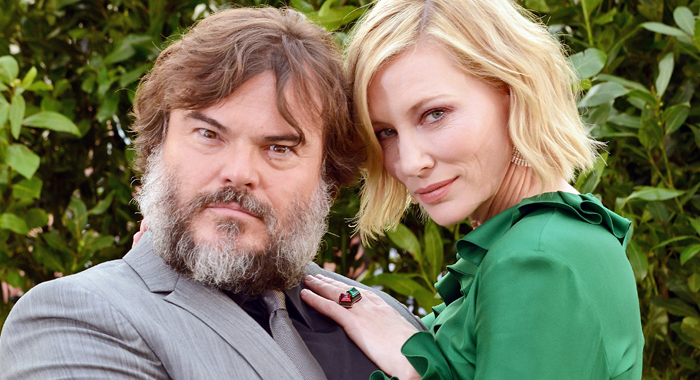 Borderlands will star Oscar-winner Cate Blanchett, who joined the cast in May 2020 when it was announced that she would be playing Lilith, a famed Vault Hunter and one of the game series’ most iconic figures. She’s joined in her mission by Kevin Hart, who plays the redemption-seeking mercenary Roland; Disney Channel star Ariana Greenblatt as Tiny Tina, a wild child with a knack for explosives; and Romanian actor Florian Munteanu as Krieg, Tina’s beefy protector.

Jamie Lee Curtis will play Dr. Patricia Tannis, a xenoarchaeologist who worked for one of the major megacorporations, the Dahl Corporation, before they abandoned the planet. Tannis discovered proof that a Vault does indeed exist on Pandora, though her sanity may be slipping. Jack Black will provide the voice for Claptrap, a snarky, bumbling robot who also serves as the unofficial mascot of the franchise. 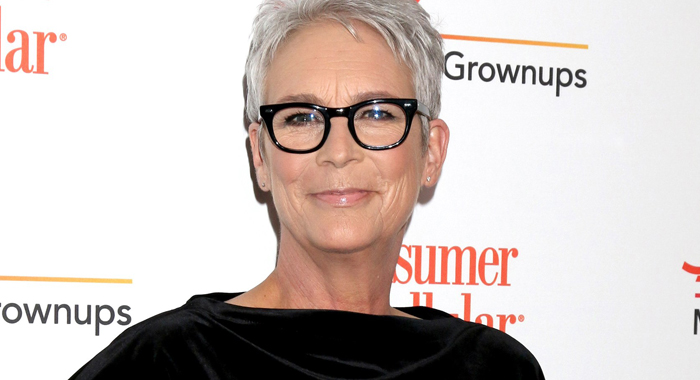 Swallow and The Magnificent Seven star Haley Bennett appears in an as-yet-unknown role, with Cheyenne Jackson as Jakobs, the heir to the eponymous weapons manufacturing corporation, and Gina Gershon will presumably don a revealing bustier as ubiquitous bartender Moxxi. Édgar Ramírez plays Atlas, a businessman who might just be the most powerful man in the universe.

Other stars include Olivier Richters as Krom, Janina Gavankar as Commander Knoxx, Charles Babalola as Hammerlock, Benjamin Byron Davis as Marcus, Steven Boyer as Scooter, Ryann Redmond as Ellie, and Bobby Lee as Larry. Magician Penn Jillette, who plays a character in the Borderlands 3 game, makes a small cameo appearance.

In early June, the Borderlands Twitter account shared a photo of silhouettes of the main cast, which is all we have to go on so far. Still, for silhouettes, they’re pretty revealing.

From the studio that brought you La La Land…comes a movie absolutely nothing like La La Land. #BorderlandsMovie pic.twitter.com/QHx6h7ioVa

It’s Directed by Eli Roth and Written by Craig Mazin 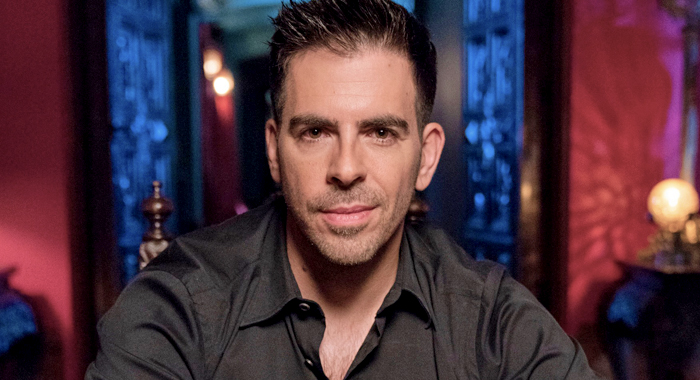 As mentioned earlier, Eli Roth will be behind the Borderlands camera, which may be a good or bad thing, depending on your opinion of him. Roth is known for horror films like Cabin Fever, Hostel, and The Green Inferno, but he frequently includes offbeat (and possibly off-putting) humor in his movies. The Borderlands series has the kind of weird humor that Roth seems ready to harness for the movie, if he’s willing to get a little dark with it. It’s also worth noting that Roth worked with both Blanchett and Black on his last feature film, The House with the Clock in its Walls.

The screenplay was written by Craig Mazin, who penned the second and third Hangover movies, but he’s also known for creating HBO’s Emmy-winning Chernobyl miniseries. As with Roth, he has a proven track record with both comedic and more serious fare, which should lend itself well to his Borderlands script. (Fun fact: He’s also writing HBO’s TV series adaptation of The Last of Us, another wildly popular video game.)

Here’s the official synopsis, via Lionsgate:

“Lilith, an infamous outlaw with a mysterious past, reluctantly returns to her home planet of Pandora to find the missing daughter of the universe’s most powerful S.O.B., Atlas. Lilith forms an alliance with an unexpected team – Roland, a former elite mercenary, now desperate for redemption; Tiny Tina, a feral pre-teen demolitionist; Krieg, Tina’s musclebound, rhetorically challenged protector; Tannis, the scientist with a tenuous grip on sanity; and Claptrap, a persistently wiseass robot. These unlikely heroes must battle alien monsters and dangerous bandits to find and protect the missing girl, who may hold the key to unimaginable power. The fate of the universe could be in their hands – but they’ll be fighting for something more: each other.”

While several of the characters in the film — Lilith, Roland, Tannis, Moxxi, and Claptrap, for starters — all appeared in the first Borderlands game, others like Tiny Tina, Krieg, Sir Hammerlock, and Wainwright Jakobs made their debut in later installments, indicating a mish-mash of characters from across the series. Fans of the games will also point out that we’ve never met Atlas, the presumed founder of the Atlas Corporation, in any of the Borderlands installments, though Édgar Ramírez has been cast for that role in the film.

Likewise, the story itself doesn’t draw directly from any of the games, either, as the heroes of the film would seem more concerned with rescuing a missing girl than hunting for a Vault, per se. That said, the girl in question does “hold the key to unimaginable power,” which could be a reference to a Vault Key, bringing the story back to its video game roots, but the overall narrative looks to be wholly original. We’ll have a clearer picture when more details — or a trailer — are released. Speaking of which…

There’s No Trailer or Release Date Yet

Because filming just finished, Borderlands does not have a trailer yet. The pictures of the silhouettes, along with another image of a little Claptrap model celebrating the end of shooting, are the only visuals fans have to go on — for now, at least. We’ll update this post with lots of additional details once there’s a trailer.

There is also no official release date for Borderlands yet, though some sources have it dated for next year, which seems likely.