Everything We Know About Black Adam

We break down the cast and crew, the characters, the comic book backstory, and more, including details from the first trailer.

At the 2020 DC FanDome, Dwayne Johnson claimed “the hierarchy of power in the DC is about to change” while talking up his upcoming film, Black Adam. As it happens, the actor has been making proclamations about the character since at least 2014, when he was meant to play him in the film that eventually became Shazam! In 2017, Johnson and Black Adam were spun off into their own project and, for the next several years, a nebulous “next summer” was penciled in for production.

But every comic book character gets their day in the fullness of time and Black Adam’s “next summer” has finally arrived, leading to a release set for this Fall. And now that Warner Bros. has released a teaser trailer for the film, we thought it would be a good time to collect everything we know about it to see how it fits into the DC film universe and whether or not Black Adam can pose a threat to the established DC superheroes and their status quo.

“The World Needed A Hero. It Got Black Adam” 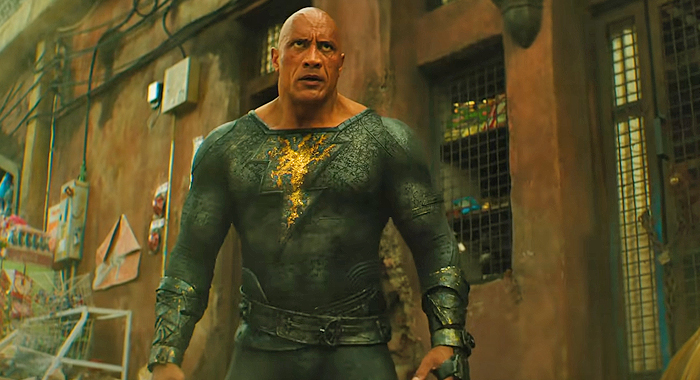 Black Adam appeared in a single 1945 issue of the original Fawcett Comics’ The Marvel Family as the Wizard Shazam’s former and failed apprentice. Seeing promise in the young Egyptian warrior named Teth-Adam, the Wizard granted him all the powers he eventually gave Billy Batson. But when the power corrupted the then “Mighty Adam,” who used his abilities to kill the sitting Pharaoh and assume the throne, the Wizard dubbed him “Black Adam” and cast him out into space some 5000 light years from Earth. Finally returning five millennia later, Black Adam extended his anger to Billy and the rest of the Marvel Family. But that first story ended with a certain finality; the character ages rapidly to death when he is tricked into saying “Shazam” and relinquishing his powers.

He became a much bigger deal when Fawcett’s Marvel Family — eventually renamed the Shazam Family — became firmly part of the DC Universe in the 1970s. Writers like Roy Thomas and Jerry Ordway would take his single appearance and build on it to include a deeper history in the region, a long-lost family, and a position as Captain Marvel’s Shazam’s archfoe.

Along the way, he also became a great anti-hero. In the pages of the late 1990s/early 2000s JSA comic book, his methods would be constantly questioned, but his goals proved to be noble. And for a time, he also lead the nation of Kahndaq; granted, that rule would also be questioned by other nations and superheroes alike.

We mention all of this history as the film will convert a lot of it into a unified tale, charting Teth-Adam’s journey thousands of years ago and his emergence in the modern age. It will also feature a Justice Society of America both ready to oppose his actions and, oddly enough, listen to his message. At the same time, as Dr. Fate (Pierce Brosnan) tells him in the trailer, he will be presented with a choice to save the world or destroy it. But when an anger spread across thousands of years is combined with the power of Shazam, can it be quelled enough to be heroic once again?

That is the internal struggle Teth-Adam faces, of course, and it appears he will do just that even as he tussles with insurgents, well-armed militaries, and superheroes. Interestingly enough, the question of heroes killing to save the day is even present in the trailer.

Also, the Intergang crime syndicate will reportedly appear in the film. If true, it is an interesting choice, as  they have strong ties to Darkseid, the alpha-predator glimpsed on the other side of the Boom Tube in Zack Snyder’s Justice League and the principle foe in Ava DuVernay’s cancelled New Gods adaptation.

Where In The Multiverse Does It Take Place? 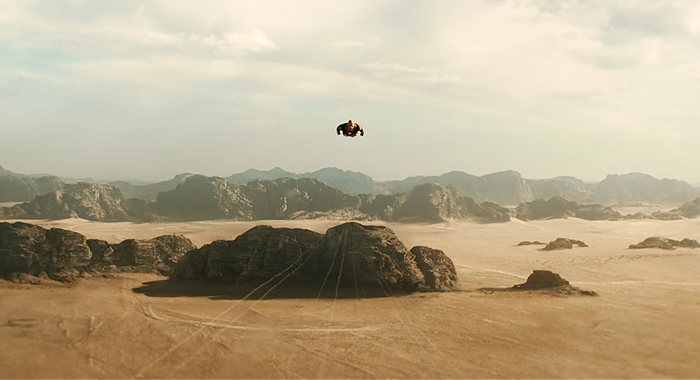 For the moment, we’re assuming it takes place on the same Earth as previous DC films like Shazam!, The Suicide Squad, and Justice League (either version). Of course, with DC-inspired movies, film-to-film continuity is always up for debate. The Batman, for instance, does not occur in the same reality as Justice League or Shazam! Nevertheless, we’re willing to believe Black Adam was made with the intention of continuing the reality first outlined in Man of Steel – indeed, Johnson’s own comments across both DC FanDome events suggest a showdown with Superman is something he wants to do. And considering he has the powers of Shazam, Black Adam would be a genuinely formidable adversary in such a contest. At the same time, though, the trailer revealed a different looking world from the previous DC film entries.

Presuming the film is in the more constant DC movie reality, the introduction of the Justice Society further builds out the world and its history. Debuting in 1941, the first superhero team comprised DC heroes like Green Lantern, The Flash, Dr. Fate, Hawkman, the Atom and more as they united to curb the Nazi threat in the U.S. and, eventually, take part in the European Theater. As a consequence, the JSA always has its roots in World War II and we doubt that will be different here. Although, as the team is also comprised of legacy character in subsequent iterations, we imagine this version of the team will reveal almost a century’s worth of legacy, if even just in passing. Also, we imagine there will be a good reason why they are dealing with Black Adam instead of the Justice League.

From the trailer, it is easy to assume the modern day sections will take place primarily in Kahndaq — or, perhaps, an unnamed Middle Eastern country with ties to Egypt. Sadly, it appears the region is utterly destabilized.

The People Of Black Adam 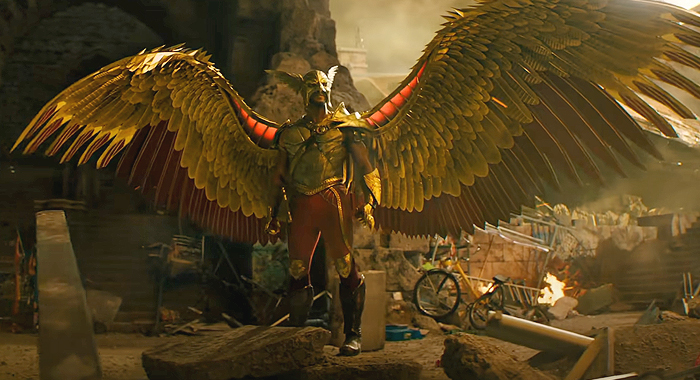 As mentioned before, Dwayne Johnson stars as Teth-Adam – aka, Black Adam. We presume much of his DC Comics origin will remain, although Johnson said during the 2020 DC FanDome presentation that Adam’s journey will take him from slave to the throne, a point reiterated in the trailer. Also, it is worth noting the Wizard’s (Djimon Honsou) own mention of Teth-Adam’s failure in Shazam! when he first encounters Billy (Asher Angel). We imagine Black Adam will expand on those fleeting moments. Curiously, though, Honsou appears to be completely absent from this movie.

In the modern part of the film, Black Adam will face Justice Society members Hawkman (Aldis Hodge), Dr. Fate (Pierce Brosnan), Atom Smasher (Noah Centineo), and Cyclone (Quintessa Swindell). The latter two are more recent members of the team who can claim original JSAers The Atom and The Red Tornado as relatives. Hawkman and Dr. Fate, meanwhile, appear to be their Golden Age selves. Whether or not this means they were active during the DC films’ WWII is yet to be determined. One thing we can be pretty sure of: Atom Smasher will be receptive to Black Adam’s words and ideas. Back in the comics, he made a similar choice when Teth-Adam offered him a chance to make a difference in the world.

Sarah Shahi also appears in the film as Adriana Tomaz. Although the studio describes her as an archeologist, comic book fans will recognize her as the reincarnation of Teth-Adam’s long lost wife and, eventually, the superhero known as Isis. The comic book character has some rather twisty origins, though, which means older TV viewers will remember her as a different Isis (Joanna Cameron) from The Secrets of Isis Saturday morning television show – in which she occasionally encountered Shazam – while avid Legends of Tomorrow watchers will recall her connection to Zari Tarazi (Tala Ashe). We doubt those connections will come up in the film, but with a Multiverse just off-screen, anything is possible. Presumably, the film version of the character will also acquire powers. But will she be willing join Black Adam on his crusade? 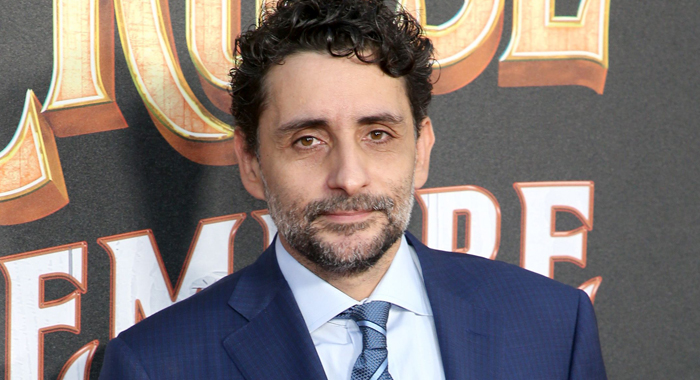 Since the film is something of a passion project for Johnson, he brought in some favorite collaborators to help him finally realize the film. Director Jaume Collet-Serra worked with the actor on the 2021 Jungle Cruise film. His filmography includes such films as the 2005 House of Wax remake, the Liam Neeson films Unknown and The Commuter, and the Blake Lively-starring The Shallows.

Adam Sztykiel is also a Johnson collaborator, having written the actor’s foray into video game films, 2018’s Rampage. His credits also include Due Date and Alvin and the Chimpmunks: The Road Chip. He was also slated to make his first foray into the DC Universe as a director with Wonder Twins – sadly, that project was cancelled last month.

Rory Haines and Sohrab Noshirvani subsequently rewrote the script. The pair are new to Johnson’s troop and fairly new to features with only one film under their belts: 2021’s The Mauritanian. 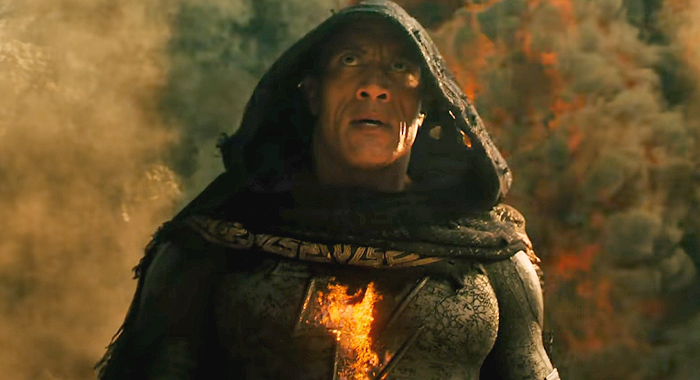 After ten or so years of talking about it in one form or another, Black Adam will finally come to theaters on October 21. From there, though, we expect Teth-Adam will make his presence known around the ‘verse – perhaps first in a stinger scene at the end of December’s Shazam: Fury of the Gods. He has to make his presence known to Billy at some point, right?