The live-action adaptation of Mattel's most famous doll is finally happening thanks to Margot Robbie and director Greta Gerwig, and we have all the details.

Does Barbie’s Dream House have a movie theater? It better, because how else is she going to be able to watch the blockbuster film adaptation of the world’s most famous doll? Barbie, the iconic doll that first hit toy stores way back in 1959, is getting her very own live-action movie. It’s hardly the first toy to get the film treatment (see: Transformers, LEGOS, G.I. Joe, and more), but the upcoming Barbie movie feels like it could be something special — or at the very least, extremely interesting.

Barbie boasts an incredible cast and an acclaimed director, and though we haven’t heard too many specifics about the plot, what little we do know seems like it has the potential to be buck wild. Here’s everything we know about Barbie.

Who Is Directing Barbie? 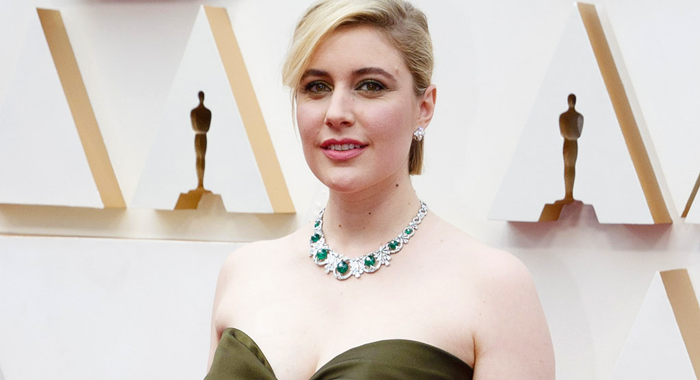 Greta Gerwig, the writer Oscar-nominated director of Lady Bird and 2019’s celebrated Little Women remake, signed on to write the Barbie movie in 2019 along with her partner, Marriage Story writer-director Noah Baumbach. In July of last year, however, Variety confirmed that Gerwig would also be directing the film.

Barbie is a bit outside the norm for Gerwig and Baumbach. Gerwig, who is also an actress, is best known for her quirky and insightful comedy-dramas. Baumbach tends to make highly mannered and somewhat dry films like The Squid and the Whale. Neither’s filmography necessarily screams “the obvious person to make a movie about a famous toy.” But, that’s perhaps what makes Barbie so intriguing. 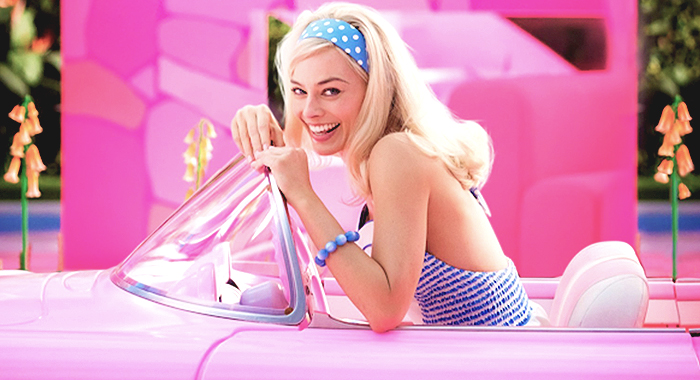 Margot Robbie, best known for her role in Once Upon a Time… in Hollywood and for playing Harley Quinn in three DC superhero movies, signed on to play the title role way back in July 2019. Robbie is also producing the film through her production company LuckyChap Entertainment, with Mattel Films and HeyDay Films co-producing.

For a while, Robbie was the only star confirmed for the movie, but what would Barbie be without Ken? In October 2021, Ryan Gosling was announced as the live-action Ken opposite Robbie. Gosling has previously starred in films like Blade Runner 2049 and Drive, but he’s also done lighter fare like La La Land and Crazy Stupid Love, so it seems rather clear which of his past performances will be the most relevant to his portrayal of Ken.

Robbie and Gosling are not the only big names in the movie, however. In fact, the list of big names in the film is honestly kind of absurd. According to some gossip that New York Times journalist Kyle Buchannan heard at the Cannes Film Festival, there are going to be multiple Barbies and Kens in the film. Insecure star Issa Rae and Hari Nef, the trans actress and model who starred in Transparent, will reportedly both play Barbies, too. Shang-Chi and the Legend of the Ten Rings star Simu Liu and Ncuti Gatwa, who was recently announced as the 14th Doctor in the upcoming Doctor Who season, will be alternate Kens. 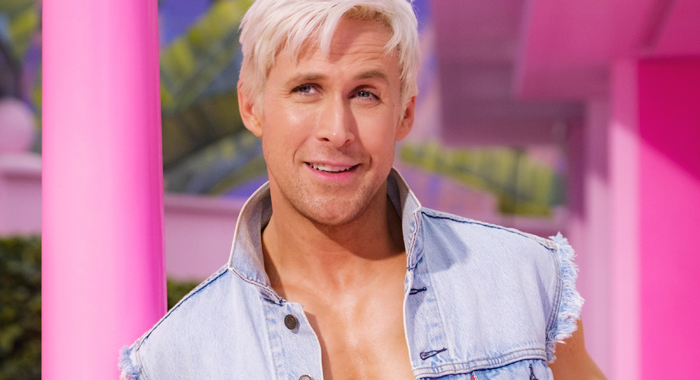 There are a ton of additional actors playing as-yet unknown roles. A-list comedians Kate McKinnon, Will Ferrell, and Michael Cera will all be in Barbie in some capacity. Emma Mackey, the Death on the Nile star who is frequently said to resemble Margot Robbie, will appear alongside her doppelganger in Barbie.

This cast is truly wild, making it extra funny that Barbie is scheduled to open on the same day as another 2023 movie with a ridiculously huge and impressive all-star cast, Christopher Nolan’s Oppenheimer.

What Is It About? 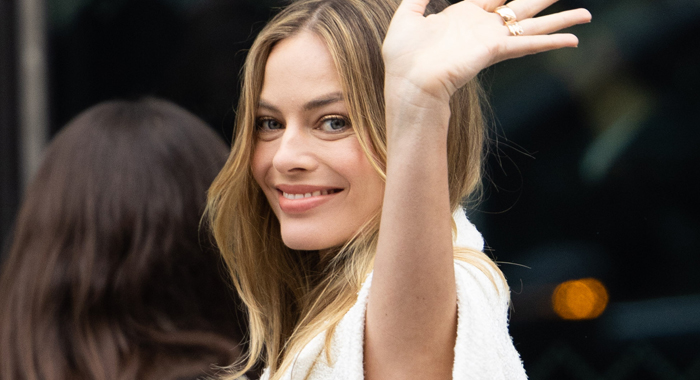 Truly, we have no idea what this movie is going to be about. In an interview with British Vogue in June 2021, Robbie suggested that people should expect the unexpected.

“It comes with a lot of baggage!” she said of the role. “And a lot of nostalgic connections. But with that comes a lot of exciting ways to attack it. People generally hear Barbie and think, I know what that movie is going to be, and then they hear that Greta Gerwig is writing and directing it, and they’re like, ‘Oh, well, maybe I don’t…’”

Robbie said something similar when speaking to The Hollywood Reporter that same summer.

“Something like Barbie where the IP, the name itself, people immediately have an idea of, ‘Oh, Margot is playing Barbie. I know what that is,’ but our goal is to be like, ‘Whatever you’re thinking, we’re going to give you something totally different — the thing you didn’t know you wanted,’” Robbie said. “Now, can we truly honor the IP and the fan base and also surprise people? Because if we can do all that and provoke a thoughtful conversation, then we’re really firing on all cylinders.”

The rumors of multiple Barbies and Kens, while fitting the 60-year history of the doll, certainly invite some level of curiosity, but we don’t get much of a hint from the first teaser for the film, either.

In 2016, there was an earlier version of the Barbie movie starring Amy Schumer that didn’t end up getting made for a number of reasons. That film would have followed Schumer’s character after she’s kicked out of “Barbieland” because she’s not up to their standards of beauty. There’s no indication that the current Barbie movie is using anything from that scrapped script, but it’s possible.

How Long Has This Movie Been In Development? 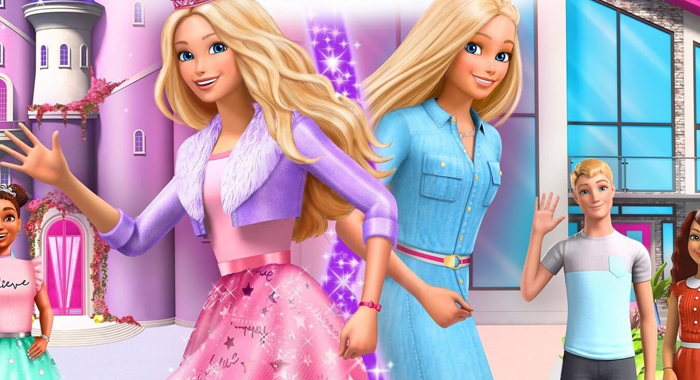 There have been almost 40 animated Barbie movies with titles like Barbie: Fairytopia, Barbie in A Mermaid Tale, and Barbie: The Princess and the Popstar over the past 20 years, with more on the way. This will be the first live-action and the first theatrically released Barbie movie, though, and it’s been in various stages of development for a while. There was talk of a Barbie movie as far back as 2009, though that film, which would’ve been made with Universal Pictures, never came to be. A more serious attempt was made in 2014 when Mattel partnered with Sony Pictures. That script went through various phases of pre-development, and at one point Juno writer Diablo Cody came aboard for rewrites, though she revealed to ScreenCrush that she never even turned in an initial draft.

As mentioned, there was then also the 2016 Amy Schumer project, in which she would have starred as a woman who is kicked out of Barbieland for her imperfections, but that one fell apart after she walked away four months later.

“They definitely didn’t want to do it the way I wanted to do it, the only way I was interested in doing it,” Schumer told The Hollywood Reporter earlier this year, revealing the extent of their creative differences. Schumer wanted her Barbie to be an ambitious inventor, but the studio requested that her big invention be a high heel made of Jell-O.

There were then talks that Anne Hathaway might star, but in 2018, after no movie had been made, Sony’s options to the Barbie rights expired and Warner Bros. took them over, eventually resulting in the upcoming Gerwig and Robbie film.

When Does Barbie Come Out?

Barbie is set for a theatrical release next summer, when it will premiere on July 21, 2023.

Most Importantly, Will Aqua’s Seminal 1997 hit “Barbie Girl” Be in the Movie?

Mattel, the company that owns Barbie, has a complicated history with Aqua’s “Barbie Girl.” Shortly after the song’s release, Mattel sued MCA Records, accusing the song of violating their trademark and sullying Barbie’s wholesome image with lyrics like “I’m a blond bimbo girl in a fantasy world” and “You can brush my hair, undress me everywhere.” Mattel lost the case but escalated it up to the U.S. Supreme Court, which rejected the toy company’s appeal.

Eventually, in 2009, Mattel appeared to lean into the song’s popularity by using a version with cleaned-up lyrics to promote the toy. Even still, “Barbie Girl” will not feature in the film. Variety reached out to Ulrich Møller-Jørgensen, the manager of Aqua’s lead singer Lene Nystrøm, and were told “The song will not be used in the movie.” At least we’ll always have the music video.

Barbie is currently scheduled for release on July 21, 2023.