Elizabeth Perkins' 5 Things To Know About The Moodys Season 2

The Fox comedy was never supposed to get a second season, but now it's back with a refreshing take on the sitcom wife archetype thanks to star Elizabeth Perkins. 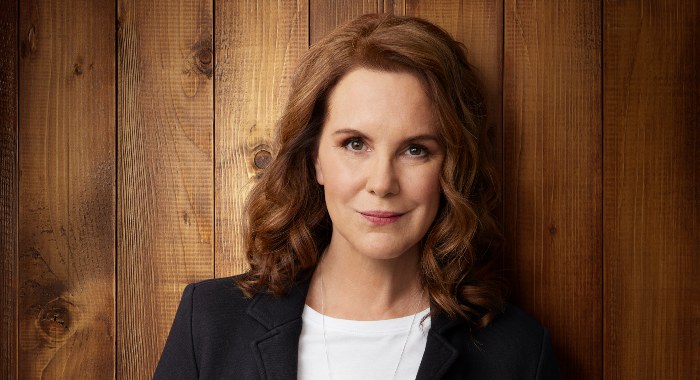 Fox’s family comedy The Moodys was never intended to be an ongoing series. When it premiered in 2019, it was dubbed a holiday event series: six episodes about a Chicago couple, played by Denis Leary and Elizabeth Perkins, whose three adult children all come home for Christmas. But then, ya know, 2020 happened.

With productions halted around the globe and the traditional pilot season — where TV networks make single episodes of new shows before deciding which ones to turn into full series — out the window, an already-established series with a solid cast sounded like a pretty good idea for the network.

“Denis and I just went, ‘Oh, this will be a fun thing to do for six episodes,’ and we had a ball,” Perkins told Rotten Tomatoes ahead of the second season premiere. “It was great; we shot it really quickly; it was fun; and then when they came back to us and said, ‘Hey, how would you guys feel about doing this as a regular TV show?’ We were like, ‘Hey, this could work.’ 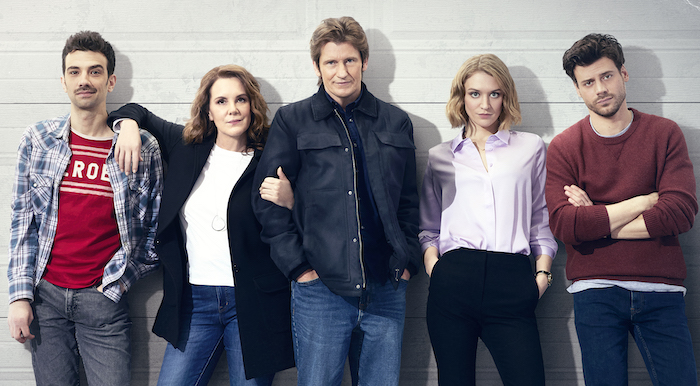 A few months later, they were back on set as Ann and Sean alongside their TV children (Jay Baruchel, Chelsea Frei, and François Arnaud). While season 2 of The Moodys ditches the Christmastime premise, it’s still a snowy winter in Chicago when the series returns — and the family is still under the same roof months later thanks to Sean Jr.’s (Baruchel) house arrest, middle daughter Bridget’s (Frei) divorce, and youngest son Dan’s (Arnaud) cross-country move.

Below, Perkins shares five more things to know about the family comedy, which premieres Thursday, April 1 at 9 p.m. on Fox and airs Thursdays at 9:30 after that.

1. Ann Moody is no sitcom wife. 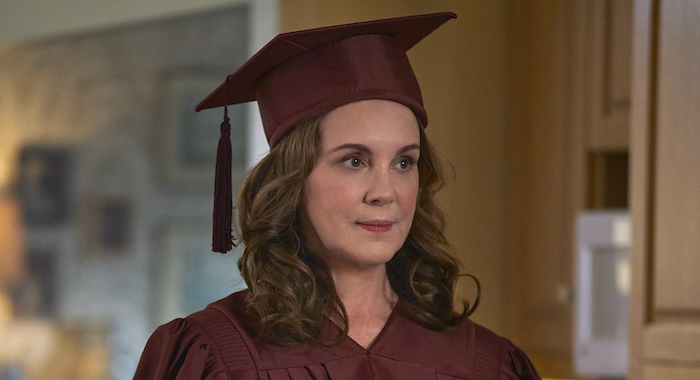 Just because Perkins is playing the matriarch of a TV comedy doesn’t mean her character falls into easy sitcom tropes. In fact, that’s something she and the creators worked hard to avoid. After 30 years as a stay-at-home mom, Ann decided to pursue her own dreams and go back to school.

“It was completely based on my own mother’s experience,” Perkins said. When she and her sisters finally left the house, her mother “went back to school and got her master’s and became an alcohol and drug rehabilitation counselor. I pitched this idea to the creators and they were like, ‘We love it.’ It’s nice to see a 60-year-old woman on television who’s still pursuing a dream and still putting herself out there to new experiences that take her outside of the home.”

2. Ann and Sean are not a frigid sitcom couple. 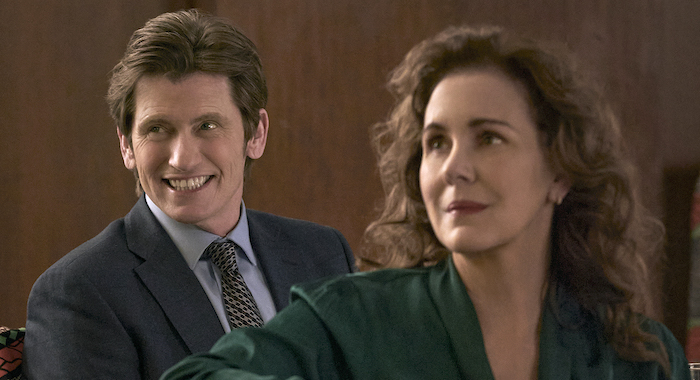 Forget the punchlines about a sexless marriage, because it was also important to Perkins that Ann was a well-rounded, fully realized woman. That includes a healthy professional life, a healthy emotional life, and a healthy sex life.

“Even though [Sean and Ann] are in our 60s, we’re still very sexually active,” Perkins said. “So often, particularly with women my age, that whole part of our life has somehow disappeared in film and television. It was really important to me to portray her as a realistic woman in her 60s who’s still very active in her marriage and active in her love life. I think that’s a really positive thing and a very realistic thing to put out there.”

It’s not necessarily subversive for your long-married main characters to have a loving marriage, but it’s also not something typically seen on screen.

“If you can see it, you can be it,” Perkins said. “That’s what the Geena Davis Institute tells us all the time, and it’s nice to be able to work with creators who are willing to explore the facets of a 60-year-old woman and not just cast her to the side. I’m really grateful to them for that.”

Thanks to the diligence of the cast, crew, and their COVID safety officers, they finished the season with precisely zero outbreaks on set.

“We made it through an entire season without one person getting COVID,” Perkins said. “It’s really challenging and it’s expensive. There’s extra time, there’s extra resources that are needed and a lot of shows didn’t make it.”

One of those shows is GLOW, which Perkins had just joined before it was canceled altogether due to pandemic-related complications.

“I feel so grateful to even be working during all of this. I have so many actor friends and producers, so many people in this industry who are just in limbo. I have friends whose shows started up and then were shut down. I have camera assistant friends whose shows started up and then COVID shut them down,” Perkins said. “But, you know, a lot of people didn’t make it. I’m just grateful that I got this far.”

4. The Moodys is an antidote to the darkness of the past year. 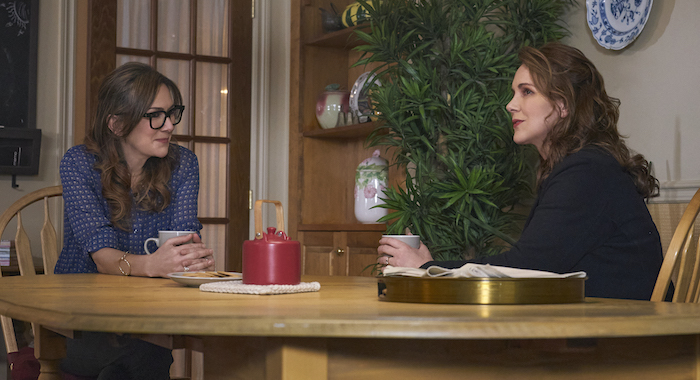 One of Perkins’ most recent TV credits is the dark, Golden Globe– and Emmy-nominated miniseries Sharp Objects, where she played a boozy, vaping busybody with a seriously impressive collection of kaftans. (They’re from Australian brand Camilla, for those wondering — and Perkins said she partially modeled her character on the show after Patricia Altschul from Bravo’s Southern Charm.)

“It’s been a really strenuous, difficult time, and it’s nice to be able to work on something that was light and fun and spreading joy around. I hope that the people watching it can take away a little bit of that because I think it’s pretty needed right now,” she said.

5. Perkins herself turned to sitcoms during the pandemic. 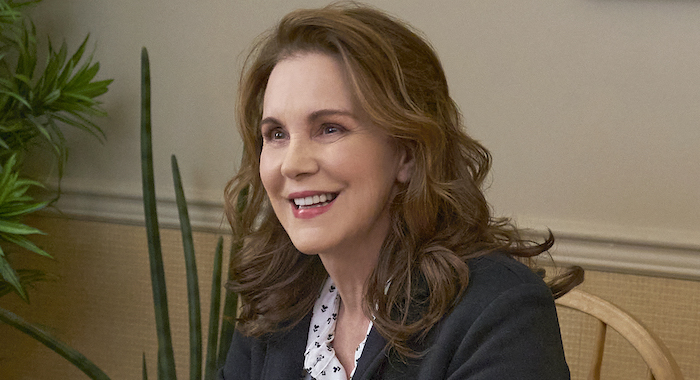 “I watched Mary Tyler Moore,” she said. “Full on Mary Tyler Moore, and then it was Everybody Loves Raymond. I did Cheers; I did Golden Girls. I got into this French series called Call My Agent. I was just looking for anything lighthearted and humorous. I watched all the really dark stuff too, but after a while I just wanted something that was fun and made me feel good. I really feel like that’s The Moodys. I’m really proud that we’re putting it out there.”